MetManMas said:
Played a little Super Mario All-Stars yesterday; first time in decades. I'm disappointed that SMB1 and Lost Levels messed up their physics (I've screwed up jumps I could make in the 8-bit originals), but IMO it's worth playing just for the awesome port of Super Mario Bros. 2 and the Mario Bros.-esque battle mode from Super Mario Bros. 3 being available as its own separate option.
Click to expand...

Yeah, SMB is the weakest game on that collection. SMB2 and 3 feel spot on to me, plus I like the extra colors and the save feature in SMB3. I haven't played enough Lost Levels to know how faithful it is to the NES game, but as I recall there are differences in the physics between the two NES games. Isn't Lost Levels the first one where you can do a high bounce off an enemy?


I really prefer the NES version of SMB3's soundtrack. For example, compare the Castle theme. SNES version is toothless by comparison

if I could make one wishon a Game Genie

Oh that would be just delightful!

I'm always amused when people cite that site, because I used to work with one of the founders (I also wrote for them for a bit.)


MetManMas said:
Portability is pretty nice, though.
Click to expand...

That's what got me the most, honestly. I'll play through Mario 64 again sitting on the couch while my wife watches sports.


Octopus Prime said:
I’m excited to replay Sunshine as it’s the least fresh in my mind and furthermore, because the games inexplicably beautiful water textures are just hypnotic
Click to expand...

Aw, Sunshine is way better than Adventure of Link is

Although of all the games in Nintendo's catalog, Zelda 2 most deserves a ground-up remake. Honestly I wish they'd done that one instead of Link's Awakening.

I agree. It's a fascinating game that with a bit of polishing and a less savage difficulty could have been a good basis for a new franchise.

Staff member
Didn't they severely overtune the difficulty for the US release?

You mean how the US version keeps your levels after a game over versus the Japanese version lowering your highest levels down to match your lowest?

Yeah, to the best of my knowledge, the Japanese version is harder

Oh man, I didn't know the JP version got that hardcore.

Zelda II would have to go beyond a remaster. You would have to re-forge it. IT was experimental in many ways and years later when games have all built off of it's ideas, I really not sure anyone would have the patience to put up with it's quirks now.

Jeanie said:
You mean how the US version keeps your levels after a game over versus the Japanese version lowering your highest levels down to match your lowest?
Click to expand...

To be fair, levels are also a lot easier to gain in the Japanese version. The rewind feature in the Switch Online version helps to make the game more palatable too.

That said, there's one palace that doesn't have enough keys and it's all too easy to make the game unwinnable because fairy Link can't pick up stuff since you have to hit everything with your sword.

Staff member
Are you sure you can get in an unwinnable state? The magic key should be obtainable even if you're unable to get several other items.

Mogri said:
Are you sure you can get in an unwinnable state? The magic key should be obtainable even if you're unable to get several other items.
Click to expand...

It's the dungeon with the raft you need to get to the entire second half of the game that's well before you have access to a magic key, so yes, you can make things unwinnable in the FDS version where you have to Stab 'n Grab. I checked a FAQ when stuck and confirmed there were less keys than doors in that particular dungeon.

Only managed to get through there by using the fairy to go past the post-boss door (be sure to touch the floor of the pedestal to place the crystal in the statue) and then taking the boss key back to the raft room.
Last edited: Sep 5, 2020

Tell me what you think: will 'Fury' turn out to be faint cat pun once more details are revealed?

Staff member
I mean, Bowser's already furry in the base game.

Gotta say, that spiky border on the logo reminds me of a sea urchin.

Nintendo put up very nice websites for both SMB and SMB2 (Lost Levels) on their Japanese site, full of lovely art and things: 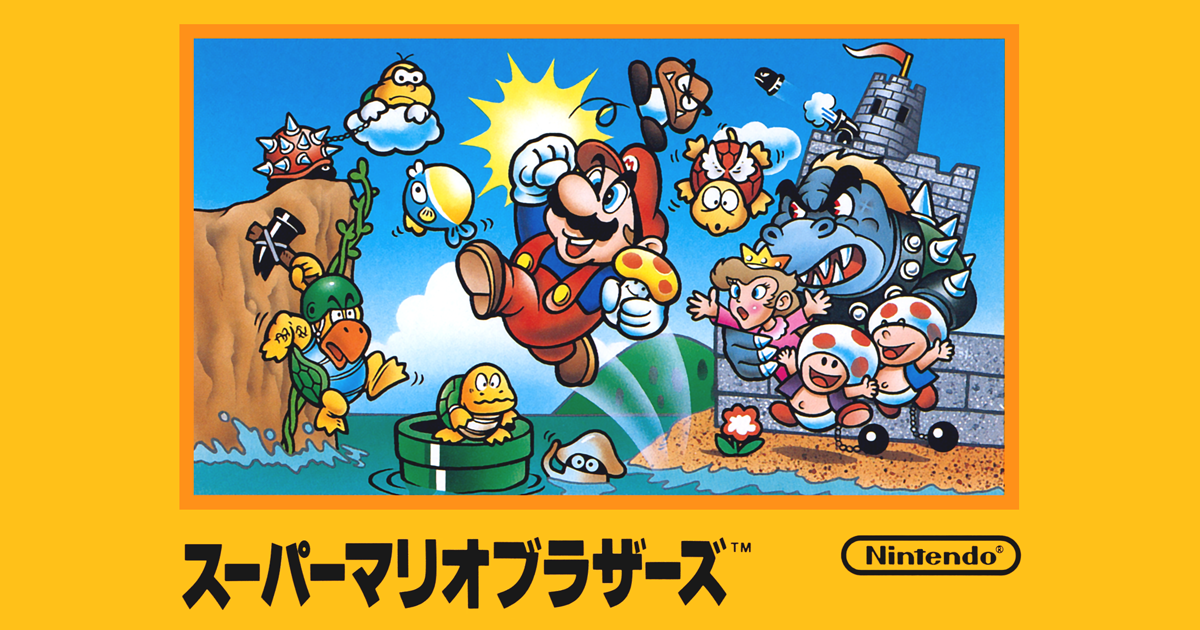 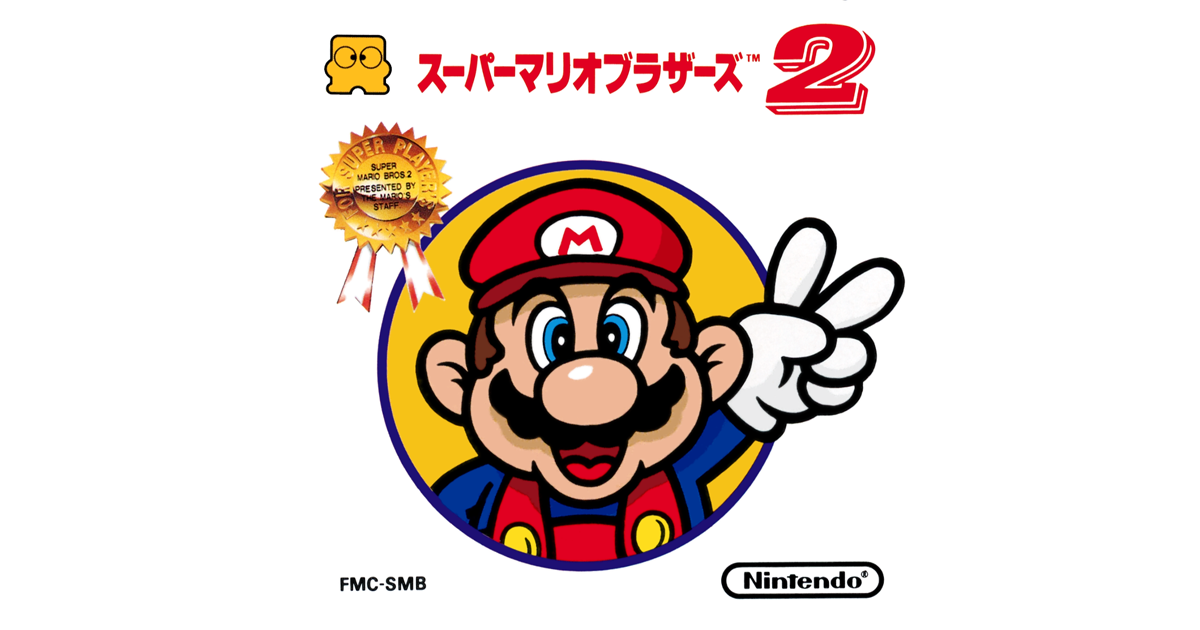 I hope my 3D All Stars pre order doesn’t get f’ed up with all the hoarding/scalping going on. Yeah, I can get a digital copy, but I want the physical copy dang it!

Tell me what you think: will 'Fury' turn out to be faint cat pun once more details are revealed?
Click to expand...

Did you beat SM3DW?
He totally goes in cat mode in it, using the power up for himself. Bowser’s Fury would have to build off of that else why bother with this game specifically?

For Mario fans, the day Nintendo graced their internet was the most important day of 2020.

But for Nintendo, it was not Tuesday.

Reviews are starting to hit for 3D All-Stars and it really seems like these ports are about as straightforward as they could possibly be. Mario 64 seems to have literally no changes to it beyond the resolution bump, it still plays in 4:3 and the camera still behaves as if you're controlling it with the C-buttons of an N64 controller. I can't believe they didn't improve the game on either of those fronts, but here we are. As someone who replayed Mario 64 this year, I found it was still decent fun, but those camera controls make certain challenges downright unpleasant to overcome. Very disappointing that they didn't work on that aspect at all.

Mario Sunshine has been converted to widescreen, but aside from that it's basically the same as it was on the Gamecube. I haven't found a review that talks about how the analogue GC triggers are emulated, so I assume the game uses one of the Switch's extra buttons to take care of that. Galaxy is also mostly unchanged, except you can spin jump using a button (fuck yes) and use gyro aiming on the controller to emulate the pointer if you want. I don't quite understand how you trigger the gyro aiming mode, maybe you have to hold down a button? Either way, I'm curious to try Galaxy with a pro controller to see how it plays. The Joycons are a little small and I don't particularly want to play the game with one in each hand.

Anyway, my son recently saw a video of Mario Sunshine and is super excited for that game, so I guess I'll be getting this collection in order to play what most people think is the worst 3D Mario game? I'm actually kind of looking forward to it, that game looks weird as hell. And having an updated port of Galaxy is too important for me to pass up, even if it's a literal crime that we aren't getting Galaxy 2 and somebody should be going to jail for it.

I think Mario Sunshine will fare better in a world where we have seven 3D Mario games to choose from, rather than only two. In 2002 it was saddled with being the follow-up to one of the most revolutionary video games of all time, after a six year wait. Now it's just an odd duck out, and a delightful one at that. I like it a lot.

Except for the blue coins. Those are terrible.

Amazon shipped me my copy today!

And the sound Yoshi makes when he’s spitting juice. Sounds like he’s drowning on his own vomit. Euch

Other than that, I’m pleased that there’s no Waggle, just Gyroscopic Aiming, which, while similar, is a different kettle of fish entirely.

I can see myself getting very annoyed that the FLUDD controls are not only no longer inverted, but there's apparently no way to change them back.

Phantoon said:
I can see myself getting very annoyed that the FLUDD controls are not only no longer inverted, but there's apparently no way to change them back.
Click to expand...