There's a quote going around from when Neil Gaiman was told that no one in the DCU masturbates. So this is not surprising.

And double post to say that I rather be joking around with everyone about this than arguing if Batman should kill the Joker for the one millionth time.

Oh, it's not surprising in the least. This is who DC/WB are, and they're extremely protective of/self-conscious of the integrity of their brand. It's just also laughably backwards and worthy of derision and scorn. It's a protectionism that's born of a type of social conservatism that's so antiquated as to not be relevant for their franchise anymore or their target audiences. And it's also born from an anxiety of brand confusion that assumes its audience has the brains of goldfish that's also just as antiquated - because even if your audience is demonstrably stupid af, we also live in the Information Age where people can effortlessly look up anything they need on the internet in a split second and can clear up that confusion. A Batman that fucks can coexist with a Batman that's for kids in this day and age as separate entities. And ya, it's just fun to joke about too. And it also turns out is massively hypocritical but that also is of no surprise:

Octopus Prime said:
With adequate prep-time Batman can do anything anyone.
Click to expand...

I feel like this is just a natural extension of Batman's "Do not thrill" rule.

I can not
/headdesk enough for this.

So is this an overreaction to bat-wang?

Octopus Prime said:
With adequate prep-time Batman can do anything.
Click to expand...

imagining a story where, for some reason, batman has to go down on catwoman to stop darkseid from using the anti-life equation, and to prepare he has to break the 4th wall to get WB/DC corporate to chill tf out

I can see Adam West pulling it off.

The screen is at a Dutch angle until he does it and sets the world right.

shared on Discord but bears repeating

Alright, then, I have some seriously high expectations for Bane, Clayface, and King Shark in other media now.
Click to expand... 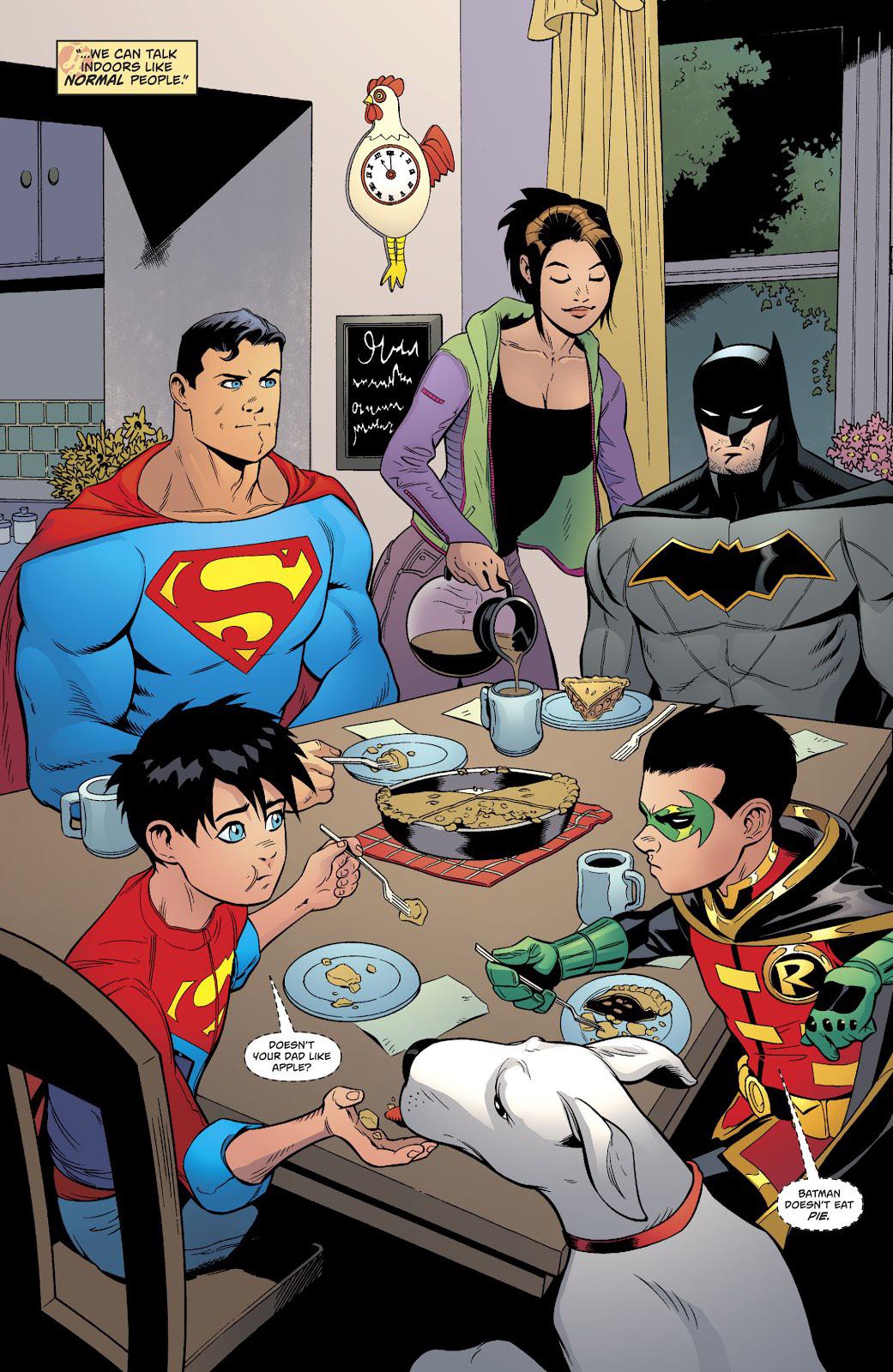 I like the implication that DC editorial has a list of what sexual antic each of their characters will and won’t do.

I still think dad&husband!Superman is the best Superman

Octopus Prime said:
I like the implication that DC editorial has a list of what sexual antic each of their characters will and won’t do
Click to expand...

Spoilering this because probably some people would not want to consider it.

Superman has to, like, be really good at oral, right? Because you have to figure, being a guy who punches through walls, he probably was downright afraid of his lil' Clarke blasting any potential lovers into the stratosphere. And, like, dude was a teenager once. He cannot be that much of a boyscout. He had to find some solution to making sure Lana was as happy as possible. And Superman does not half-ass things. He has all the powers of a god, and he could just float through the air on some kind of kryptonian lounge chair, but he does his best to always present himself as a paragon of truth, justice, and the American way. Dude would (literally) not be satisfied with just being an "okay" lover. I'm not saying he's egotistical, but just saying that he wouldn't leave someone he loves with anything but a very lasting smile. I don't see him "risking it" with anyone before Lois, but there is no evidence that Clark Kent has anything but a dexterous tongue.

And I am completely okay with this being one of those light/dark dichotomies where Batman is really bad at something Superman is really good at. It happens, Selina, I'm sorry.

And, yes, I vaguely remember a George Carlin bit about this, but I'm pretty sure that routine is older than I am....

On the one hand, lol prudes, on the other hand I don’t like being on the same side as Kevin Smith in an argument about depictions of sex stuff. Had to give up on fat man on batman after the fourth time he graphically described putting his dick in his wife’s ear or whatever.

gogglebob said:
And I am completely okay with this being one of those light/dark dichotomies where Batman is really bad at something Superman is really good at. It happens, Selina, I'm sorry.
Click to expand...

Selina Kyle wouldn't let Bruce be bad at it.

gogglebob said:
Spoilering this because probably some people would not want to consider it.

there is no evidence that Clark Kent has anything but a dexterous tongue.
Click to expand...

Just one more among a dozen highly-specific powers Supes got in the Silver Age.

Superman absolutely never finishes first and gives a genuine and heartfelt congratulations to his partner. 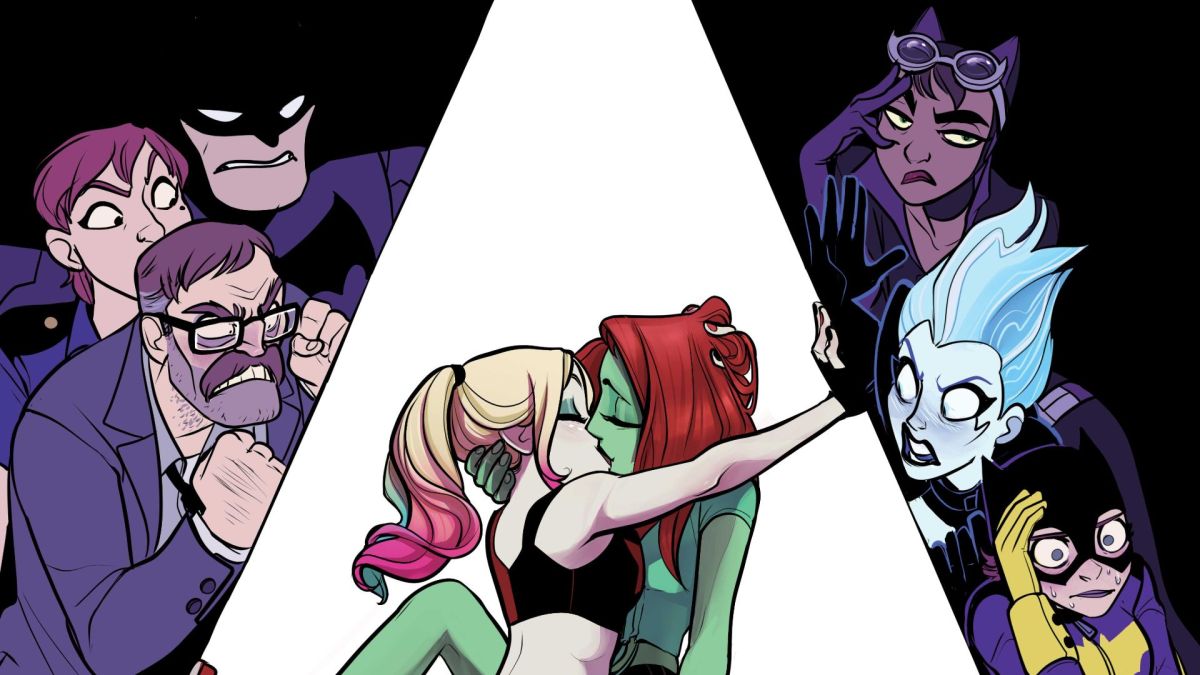 Harley Quinn and Poison Ivy will "Eat, Bang, and Kill" their way into new comic title this fall 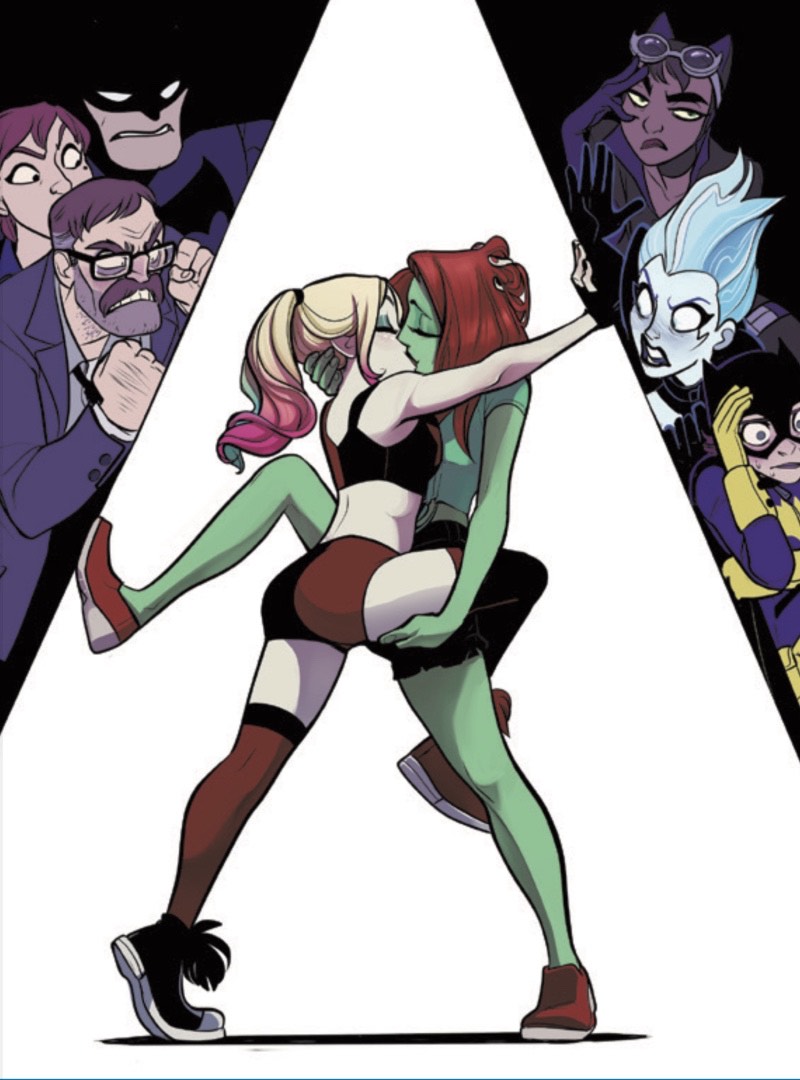 Man, Jim Gordon has never been this angry at anything before.

Zef said:
Man, Jim Gordon has never been this angry at anything before.
Click to expand...

Nah, that’s just him being in character for the Harley Quinn show. He’s got rage issues due to his marriage/family falling apart, substance abuse, and generally being a cop. He’s angry at Quinn specifically because Quinn is a criminal who murders people, daunts him at every turn, and unleashed a plague of Apokaliptian Parademons onto Gotham City destroying it after trapping the Justice League in the Phantom Zone.

Yeah, By the standards of the show, that is the most chill Jim’s ever been

WisteriaHysteria said:
unleashed a plague of Apokaliptian Parademons onto Gotham City destroying it after trapping the Justice League in the Phantom Zone.
Click to expand...

what the hell, harley

Harley Quinn is not a good person!

What a wonderful show, can't wait for S2 and the comic.

Zef said:
what the hell, harley
Click to expand...

She was going through a whole thing.