Adrenaline sees Jeff Goldblum at a Starbucks, makes the “I’m watching you” gesture at him.

Didn’t DC do a 1000th issue anthology book for Detective Comics last year? Not that I’m complaining they’re doing another one since I liked the previous one. And yes, I’m aware this one is celebrating 1000 issues since Batman’s first appearance.

Fredde said:
I mean, what makes it great is that Dinosaur Batman is still depicted as a grim dark monster.

Also, the comic makes perfect sense, since it has previously been established that Batman loves dinosuars:

What if a dinosaur ate my parents?

Also do you trust people who like dinosaurs but insist they be shown with realistic plumage?

whatever gets dinosaurs out there

WisteriaHysteria said:
What if a dinosaur ate my parents?
Click to expand...

Are we certain that’s not the origin of Batmanasaurus Rex?

BRUCE: Criminals are a superstitious and cowardly lot. I must find a way to strike fear into their hearts.

[A TYRANNOSAUR CRASHES THROUGH THE WINDOW]

Man, Octo like things being unrestrained by the finite.

The Finite can bite a lemon

Should have renamed it Crisis on Infinite Web Services

I've been reading old Golden Age comics with Captain Marvel (AKA Shazam), and while I was certainly aware that they'd contain a whole lot of WWII propaganda and racist stereotypes, I was still shocked by the ending one one particular comic, in which Captain Marvel defeats his Japanese nemesis "Nippo".

Yep, that's Captain Marvel and Billy Batson cheerfully sending their enemies to the "concentration camps", and hoping that soon all Japanese people will be there. I can see why DC might be reluctant to republish some of these comics.
Last edited: Sep 26, 2020

Fredde said:
I was still shocked
Click to expand...

lol, it's definitely appalling and monstrous, but there's nothing remotely shocking about this. It's very par for the course/tame for its time.

I guess that while I was aware of the internment of Japanese Americans, I wasn't aware of how it was apparently celebrated as a good thing at the time.

I mean, I'd love to read The Monster Society of Evil some day but apparently there's just some shit that's too racist and if that's the case I don't blame them for leaving that one on the shelf.

On the other hand, I am bummed that they cancelled Rachel Pollack's Doom Patrol run reprints. That was a series written by what I assume must have been DC's first trans author to work on a relatively mainstream book (I mean, its a big two superhero book, even if it was a Vertigo book) and for that reason alone I'm very interested in reading it.

Fredde said:
I guess that while I was aware of the internment of Japanese Americans, I wasn't aware of how it was apparently celebrated as a good thing at the time.
Click to expand...

Oh buddy, there's just so much more to all of it. We were demonized so much, this kind of thing became common place and acceptable: 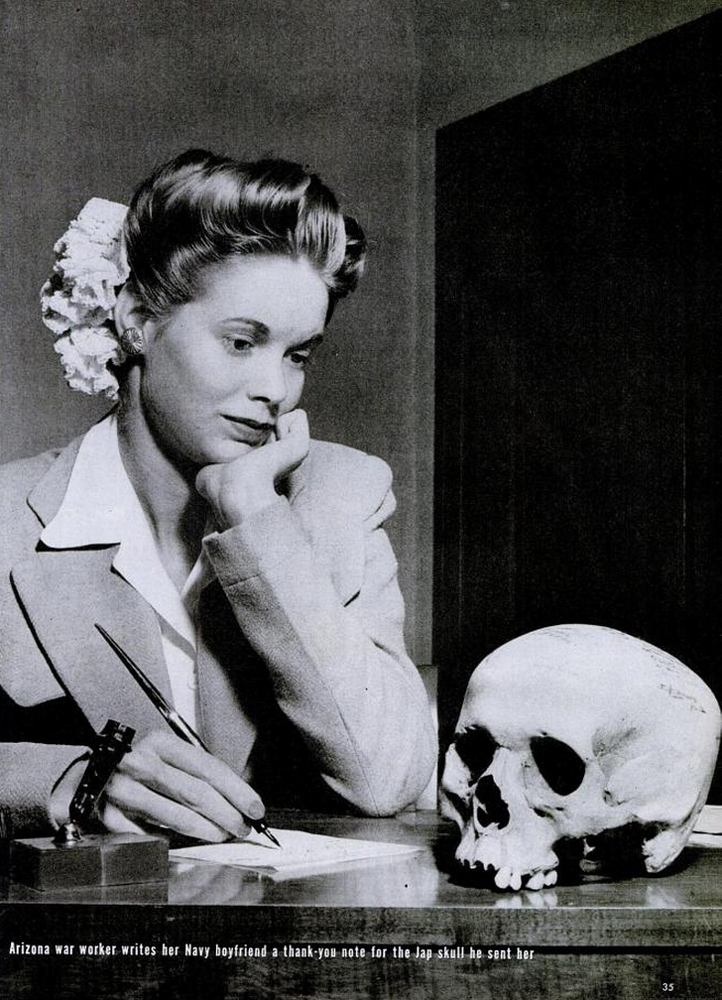 This is a page of TIME magazine, btw

Yeah, I did see the skull picture recently, so I guess I shouldn't be all that surprised.


Johnny Unusual said:
I mean, I'd love to read The Monster Society of Evil some day but apparently there's just some shit that's too racist and if that's the case I don't blame them for leaving that one on the shelf.
Click to expand...

If you want to read it, you might be interested in the fact that all of the Shazam comics prior to DC buying Fawcet are apparently considered public domain, so they can be downloaded legally for free from various places on the internet. I managed to find a complete digital collection of the Monster Society of Evil storyline somewhere, though I unfortunately don't remember exactly where. And yeah, there's plenty of racism in it (including that odd kind where Japanese people are portrayed as bucktoothed monsters, but Chinese look like regular people), but it also has a whole lot of well drawn, genuinely entertaining and funny superhero adventuring. Which makes it really frustrating, since I'd like to be able to recommend it without the huge disclaimer. 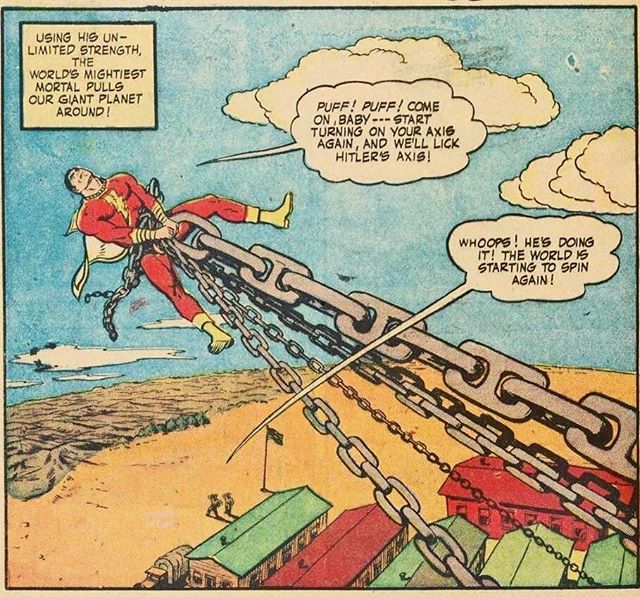 Goodness, the Batman: Three Jokers finale is such an asspull. There's no real spoilers ahead.

For those who don't know, years ago and about three DC editorial changes ago, Batman got to sit in the Mobius Chair, the repository of all knowledge in the DCU. First he asked it a question he already knew the answer to, who killed his parents, to test it because Batman is paranoid and doesn't trust anything. Then he asked it the Big Question. What is the Joker's real name? The Chair then tells him there's three Jokers. This shocks Batman because he didn't know there was three.

Now TJ reveals at the end that he's always known the Joker's real name. So why did he ask the chair? He already knew the answer, he already validated the accuracy of the chair.

Maybe there’s a bunch of Jack Napier’s in the phone book?

So are there three Jokers or what

Adrenaline said:
So are there three Jokers or what
Click to expand...

Yes. At least at the beginning of the story, two of them died during, and the remaining one is implied to be The Killing Joke Joker.

Why, though? Not why this exists - $$$ and Geoff Johns hasn't met a piece of DC continuity he wouldn't like to unravel and mess up to leave his permanent mark on it - but why are there 3 jokers? Is there a in-universe explanation?

I guess it’s damning praise that I’m still more interested in reading Three Jokers in the future over City of Bane, Joker War, or Death Metal because it sounds like a self contained, smaller scale story from what I’ve heard. I’m not sure why we need a big mega epic Batman arc every six months...

Because they wanted to make up a curling team and then thought it'd be funny to kill off the fourth one.

Wikipedia sez that the 2005+ editions of the V for Vendetta trade have "improved printing and coloring."

Does anyone know if this is really just a benign improvement to the process or an outright recolor of the old edition?

While I think DC is much better than Marvel in this particular regard, I'm not usually a fan of most modern computer re/coloring (they recolored Swamp Thing! Can you even believe it?!). I even shelled out for the Eclipse Miracleman trades over the ugly Marvel recolors...

The recoloring is why I haven't gotten IDW's reprints of Marvel's Transformers comics.