Not seeing the downside, tbh

Imagine this, outside your window, in the sky, every day.... forever. 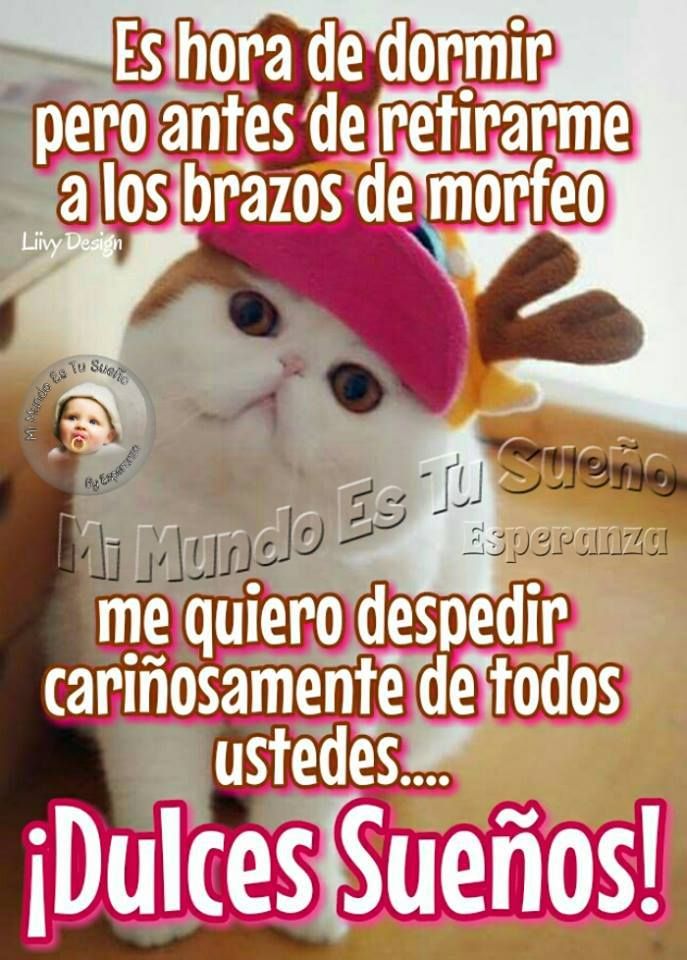 Again, not seeing the downside

I like the idea of a flare with a watermark.

They’re tricky to design, but a great way to ring in the new year

Plus, you don't have to pay shutterstock shit!

ghosttaster said:
I feel like the digital age has really robbed gadgetry of its fun and intrigue.
Click to expand...

One of the best things about 60s Marvel is Kirby just drawing whatever weird gadget or vehicle he feels like without worrying too much about continuity.

im not completely certain, but I think MUs 6-month gap on new issues may have been drastically shortened; it seems to have skipped right over the 2 or 3 months when publication was delayed because of covid, and this weeks New Release list was full of things from late August

Octopus Prime said:
im not completely certain, but I think MUs 6-month gap on new issues may have been drastically shortened; it seems to have skipped right over the 2 or 3 months when publication was delayed because of covid, and this weeks New Release list was full of things from late August
Click to expand...

Yeah I think they're either doing some adjusting to normalize the MU schedule somewhat relative to what really happened or it's a scheduling error. (Not that uncommon for something to show up on MU on Monday morning and be gone by the end of the day, even in normal circumstances.)

A brief trajectory of Octo reading Marvel Comics over the last few days:
1. I see that a new issue of Ghost Spider has shown up on MU, in which Gwen Stacy is possessed by Venom
2. I deem Gwenom to look "cool as hell" (it's a great costume)
3. I start reading Ghost Spider only to learn its a sequel to an earlier Spider-Gwen miniseries.
4. I drop it in favor of reading the earlier series, for context in the story I want to read.
5. I learn that that series was, in fact, a tie-in to a Spider-Man crossover story that I would also need to read for context
6. I have started reading Spider-Geddon
Optional Step 7. Spider-Geddon also opens with a tie-in to the PS4 Spider-Man game, but I already played that, so phew

Actually, Spider-Gwen has no spider powers, having lost them in her second series; her “power” is being bonded to a symbiote, which grants her spider-like powers plus some extra nifty tricks like spider-drones.

Octopus Prime said:
im not completely certain, but I think MUs 6-month gap on new issues may have been drastically shortened; it seems to have skipped right over the 2 or 3 months when publication was delayed because of covid, and this weeks New Release list was full of things from late August
Click to expand...

It's official, the gap is down from 6 months to 3 months now.

I wonder if they were planning this and the pandemic accidentally made the transition easy, or if this only happened because of the pandemic.

But anyhoo, I feel like Byrne is the apex predator of the Shooter era, the A1 Big Dawg before he was unceremoniously unseated by McFarlane, Lee, and others.

Prior to the Claremont/Byrne/Miller era I think there had been two distinct waves of good work from Marvel- first, the genesis of everything with Kirby and Ditko, and then the heady weirdo era of Starlin, Brunner, Gerber, Gulacy and others.

By the 80s I think the crop of talent really succeeded into cohering those two waves of energy (one devoid of irony, the latter full of it) into something somehow slick and cohesive, with a second layer of remove that I think has informed most fantasy media since. I think a lot of peeps perceive this as a flattening of Marvel's hapless fostering of interesting auteurs, but by volume that just isn't true (for a number of reasons I won't go into in this particular incoherent rant)

ghosttaster said:
Apropos of nothing, John Byrne rocks and naysayers should be locked in a wooden box on a faraway island.
Click to expand...

I mean, I have no doubt of his creative talents but I personally feel John Byrne the person less-than-rocks.

Johnny Unusual said:
I mean, I have no doubt of his creative talents but I personally feel John Byrne the person less-than-rocks.
Click to expand...

It’s very much a separating the art from the artist situation.

Oh yeah, Byrne The Man sucks, no doubt, for a wide variety of reasons (my list of reasons he sucks as a person starts WAY earlier than 2015) But unfortunately he did enough important and/or influential work that he can't be decanonized

I do admire Byrne the author. His Man Of Steel is the definitive Superman for me, and his FF run was incredible. It says a lot about the strength and quality of his work that the incredible X-Men run he did with Claremont is third in my top list of his works.

The author works better when an editor is restraining him, though. Spider-Man was a disaster, and I think that's because he bought into his own hype and the editor couldn't rein him back, so his good ideas got lost in a work without focus.

On the one hand, I kind of wish that I hadn’t known the *pretty significant* narrative swerve that Empyre takes pretty early in, it would have been a great surprise.

On the other hand, if I hadn’t known about it, I wouldn’t have bothered reading it, since the story, as pitched, is pretty old hat at this point.

Octopus Prime said:
On the other hand, if I hadn’t known about it, I wouldn’t have bothered reading it, since the story, as pitched, is pretty old hat at this point.

I didn't know about it, I only read the first issue because I was bored and it was there in my MU app, and I was pleasantly surprised by the twist that I'm sure was posted in every single comic book news site months in advance (good thing I don't read those). I did like how Al Ewing maneuvered along the "heroes are in opposite sides of warring forces, now they fight" by, well, talking to each other.

I have to admit, in Hickman's X-Men #13 this week, the message Genesis, the wife of Apocalypse, passed on to her husband before she left to go fight for thousands of years was great.

Been rereading the Claremont X-Men and I forgot what an unfun slog the whole Brood thing is. It feels like it never ends!

ghosttaster said:
Been rereading the Claremont X-Men and I forgot what an unfun slog the whole Brood thing is. It feels like it never ends!
Click to expand...

I like the original Brood issues in Uncanny, but I think the best Claremont Brood stories are New Mutants #1-3 (leading up to the ending in the same issue the Uncanny story ends in #167) and when the less confident Outback team has to deal with them later in Uncanny #232-234.

My Brood Beef is really just that they're not interesting antagonists, visually or as characters. The 2nd Cockrum run has a lot of this going on IMO- villains who are just kinda generic aliens or geometric shapes.

Furthermore the run before this- the interlocking Phoenix storylines- are just one giant stream of dynamic chaos. They're very exciting, compelling reads, jumping confidently from one extreme locale to the next. The Brood just doesn't have that same pizzazz, IMO 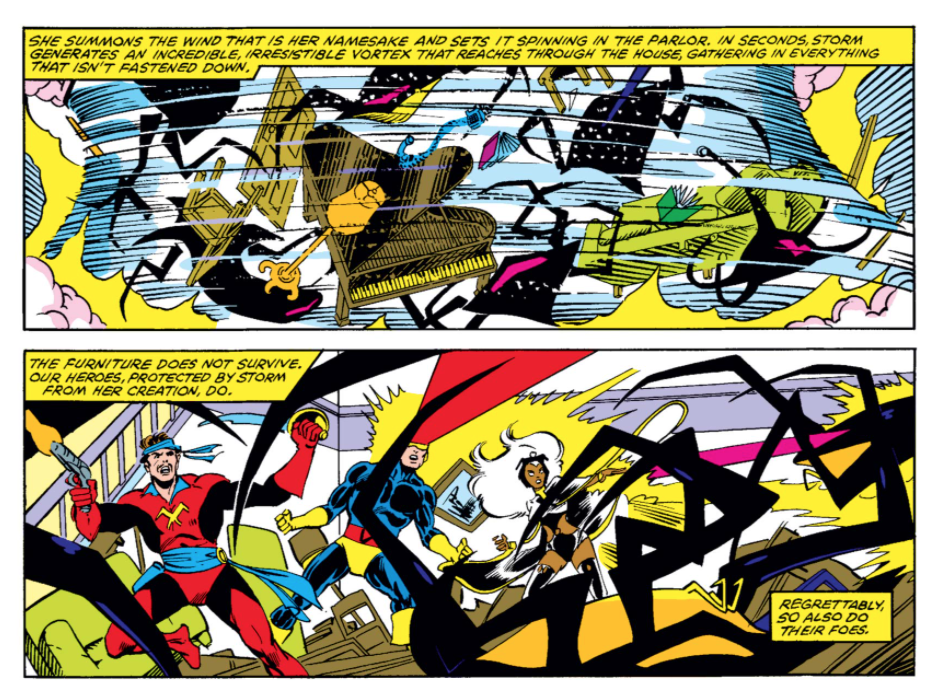 I prefer either Cockrum run over Byrne, personally.

Luckily for you though Cockrum leaves partway through the Brood issues and pretty soon Paul Smith will take over.

I love the Brood arc for many reasons but one is definitely how it's the most Carol Danvers-intensive material in Claremont's run on the comic, for several years anyway, and how the the regular artist shift from Cockrum to Smith partway through acts as a natural tone transition in what the storytelling is going for. It's a very dense narrative that allows several characters to have their due focus and interplay amidst the cosmic weirdness and is probably one of my very favourite executions of all its interlocking components.

estragon said:
I prefer either Cockrum run over Byrne, personally.

Luckily for you though Cockrum leaves partway through the Brood issues and pretty soon Paul Smith will take over.
Click to expand...

Don't get me wrong I love Cockrum but I think Byrne and Smith were both better fits for where Claremont was taking things. Byrne and Smith are clean, sexy soap opera artists. Cockrum (who again, I love) is stuck in the stiff 70s pulp IMO.

EDIT: furthermore, I'd go so far as to say that every major X-Men artist post-Byrne is p much entirely indebted to his style and tics more than anyone else (for better or worse)
Last edited: Oct 28, 2020


So you know how Marvel Comics randomly decided that Quicksilver and the Scarlet Witch were no longer mutants and everyone instantly called bullshit on that?

Guess who Dan Scott just did that to.

Well, I'm assuming Franklin, from context clues, but his abilities went far enough beyond even the strongest Omega Level mutant that I never really took him to be one.