Not Marvel, but Superboy has just telekinesis.

Octopus Prime said:
Not Marvel, but Superboy has just telekinesis.
Click to expand...

With zero range. I always loved that - it was a good twist in an old power.

Octopus Prime said:
Psylockes got both, but she usually just uses it for a psionic knife to make her punch’s cause brain damage.

They were really throwing a lot of spaghetti at the wall with her
Click to expand...

It's very complicated. The short version is: Both Xavier and Psylocke are primarily telepaths.

When Betsy Braddock originally had powers in Marvel UK Captain Britain comics, she was introduced as being a "psychic" in the sense of being precognitive. When she came over to be an X-Men character, she occasionally had precognition but primarily became a psychic in the typical Marvel sense of being a pure telepath. Psylocke was the team's primary telepath for a very long stretch when Xavier was not part of the book at all. Later, she was given a psionic knife as part of her wedgie ninja redesign when she inhabitated Kwannon's body. The psionic knife is just like . . . doing telepathy violently at close range, not telekinesis. Later still, was given shadow teleportation. At some point I haven never read but before present day, she was given telekinesis, I would guess probably as a way to make the psionic knife make more sense and give it physicality. But present day, both Betsy Braddock and Kwannon's power sets seem to in practice have reverted to the earliest wedgie ninja incarnation of Psylocke, in that they are primarily telepaths but sometimes do telepathy violently, at close range. Every once in a while, someone writes psionic knives as telekinesis, but it's inconsistent. Historically, she has primarily been a telepath.

Xavier was a psychic in 1960s Marvel, when that meant something more like a pulp sci-fi ESPer than a character who purely reads and alters minds. There's precent for him doing... basically anything, with no real narrative consistency or even issue to issue consistency. But at least from the 70s on he's been primarily a telepath. But he's also been a Marvel character for that long, which means sometimes even though he's a telepath he learns how to use telepathy to alter the the corporeal world, because they couldn't figure out a better way to pay off all those Onslaught teases they set up a few years ago.

Positronic Brain said:
With zero range. I always loved that - it was a good twist in an old power.
Click to expand...

Funny, I feel like this brings the conversation full circle, as Superboy's "tactile telekinesis" and its attendant blurb is the only comics explanation I remember more vividly than Psylocke's "focused totality of psychic powers".

EDIT TO ADD: If memory serves, I remember seeing somewhere that Psylocke's telekinesis in regards to the psychic knife started as something of a no-prize explanation as to why her "psychic knife" could occasionally work on brainless robots, and "human" opponents who turned out to be robots. Gotta account for that surprisingly frequent scenario.

If so, that's a pretty funny needless complication to an already needlessly complicated character, because the rules around how telepathy and smart-enough-to-seem-human robots interact in the Marvel universe are not consistent enough for that to even require an explanation beyond "uhhhh this was one of the many, many robots that telepathy does work on."

There's a whole storyline in the late '90s where the Shadow King comes back and by the end of it Psylocke entraps him in the astral plane, in effect sacrificing her telepathy to keep him imprisoned. She subsequently undergoes psychic therapy sessions with Phoenix, which ends up somehow "swapping" their powers--so Betsy's sudden onset of telekinetic abilities from then on are actually Jean Grey-derived. It is kind of a funny dynamic as both characters have access to both or one of their powersets at any one point in their histories--prominently, when Jean "resurrected" for X-Factor in the '80s, she was written without her telepathy for a good while, mirroring Betsy's circumstances in the late '90s and early 2000s.

Peklo said:
There's a whole storyline in the late '90s where the Shadow King comes back and by the end of it Psylocke entraps him in the astral plane, in effect sacrificing her telepathy to keep him imprisoned.
Click to expand...

Ah, that makes sense. I'm still mid-1997 now, and I think I saw covers for what looks like that story coming up pretty soon.

Octopus Prime said:
Not Marvel, but Superboy has just telekinesis.
Click to expand...

"You're not really invulnerable."

"You don't have super strength."

"Tactile telekinesis. I mimic all those powers by subconsciously applying telekinesis to myself and things I touch."

"Telekinesis... to things you need to touch."

Don't worry, the people around him cope. 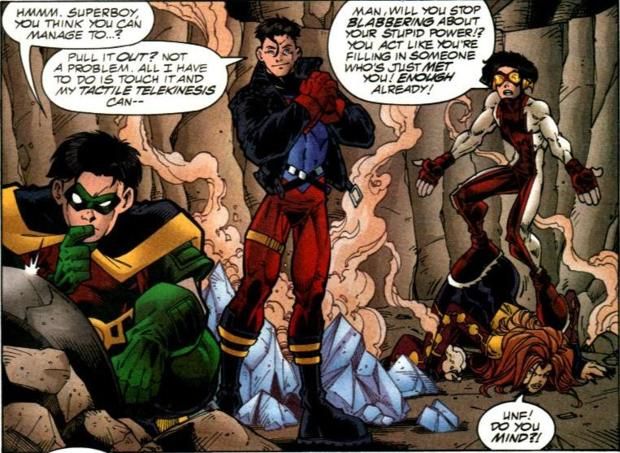 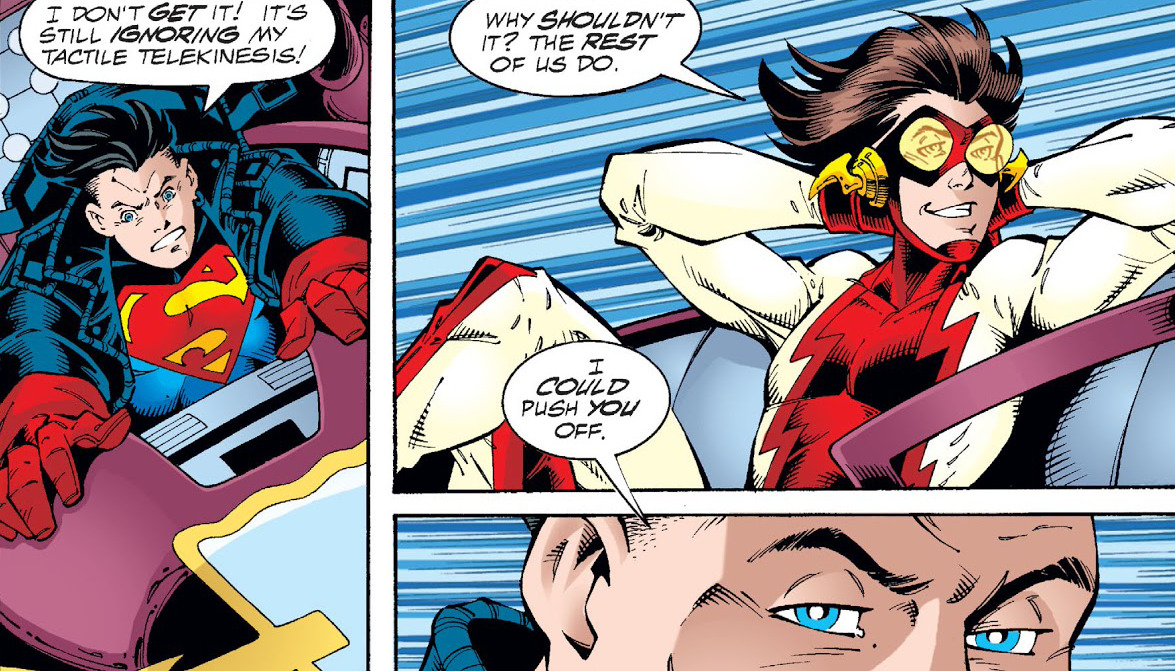 Peter David's Young Justice was peak DC Universe for me.

gogglebob said:
Don't worry, the people around him cope.

She's got enough back problems as it is

If I had any complaints about Alan Davis’ run on Excalibur, and honestly, I really only have the one, it’s that he leans on “This character is more nude than she would prefer” as a joke a lot, and almost always with the teams literal child.