nataeryn said:
my brother and I always refered to Like-Likes as Flapjacks.
Click to expand...

What kind of flapjacks do you and your brother eat!?

But they attack you so wouldn't that make them bad boys? And what about when they are boars?

I had excluded Moblins from my picks for this Top 50 but I did have them at #19 on my picks for top Zelda characters and enemies. Here's what I said about them for that Top 50.

Fulfill the important role of basic mook in the bad guy's forces. Like all good mooks they are somewhat threatening at first but they eventually just become a speed bump as Link gets stronger.
Click to expand...

Finn...pleasantries will have to wait. Marina, please continue.

Was checking out the security footage and what I saw...well, it's ON the hook.

Mmmm, whatever it is, it doesn't look particularly friendly. Please keep us posted.

Sure thing! But don't you two have a entry to do for today for the donors?

We'll wait for tonight. I feel this could be related.

I's saw these befour. Dad haz once of them!

Hm, I think you're right.

Wait! I think this is the clearest shot yet. At least, it seems to be its natural habitat...

Oh! You want me to do this? I just got introduced into this comic bonanza! Totally not prepared. Wait. *dialing and phone rings*


Pearl! Got any jams to help me with an impromptu spoken word?


Oooo I love it when people cover us! Ok. So,

Regenerators lurk up all in the freezer
limbs keep comin back at ya
gotta find the right lens to greaser
splattin all their plaga
gotta variant, Iron Maiden
bite so big lose your lunchin
pull ya close, end ya invadin
spiky dreams keepin ya brain from hunchin

Here's what our donors had to say...

I've been kicking myself for a month straight for forgetting Regenerators.

RE4 is still the only RE I've ever played, and it taught my a lot about effective enemy placement in an action horror game. The regenerators were a huge part of that. MAN that game was good at what it did. I need to replay it someday...

Jack Frost hee is a foe from the Megami Tensei/Shin Megami Tensei/Persona franchise-ho! A demonic hee with a powerful ice affinity, hee has become a bit of a mascot to Atlus thanks to hee cute design and pun-filled dialogue-ho. Hee became this charming look in Shin Megami Tensei-ho. In battle, hee slings Bufu spells, and over time hee added Dia, Call Ally/Gathering, and Hama to hee skills-ho. Hee can be recruited in most games to bee an ally-ho. CHILL.

Here's what some of our donors had to say:

The gang should at least be thankful they didn't run into the Jack Bros version of Frost: 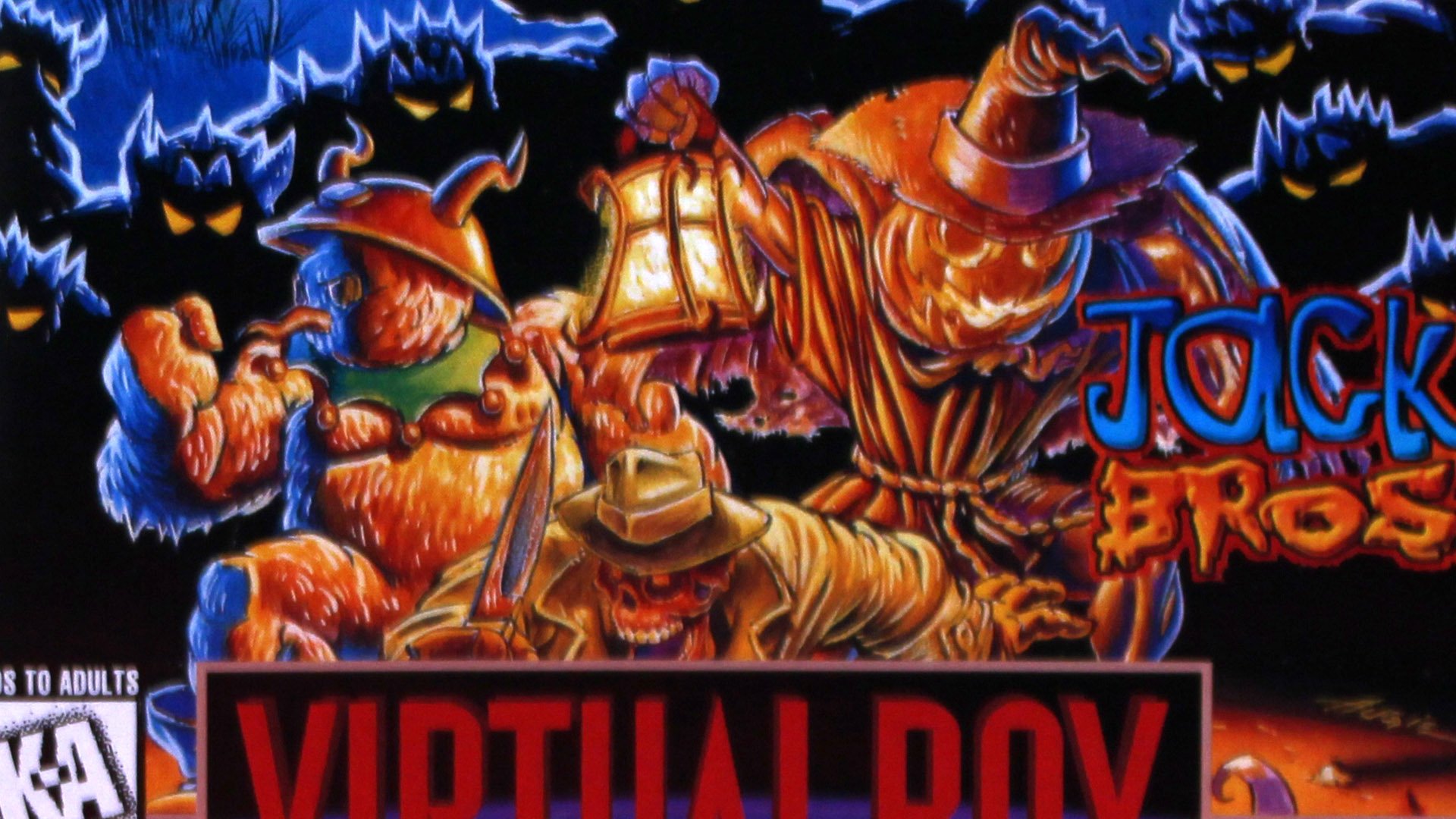 When I look at this cover I always interpret Jack Frost's collar pom-poms as nipples and I hate myself for it.

Koopa Troopas are among the most loyal of Bowser's soldiers. Evolving from Mario Bros.' Shellcreepers, Koopa Troopas started off with two color variants -- green, who march straight ahead and off cliffs, and red, who march on a platform and will turn at a cliff edge -- and a winged form, the Koopa Paratroopa. "The hero" could kick their shell to attack other enemies. Beginning in Super Mario World more colors and tricks were added to the ranks, including blue and yellow Troopas and caped variants. However, beginning in the 64-bit era some Koopa Troopas were shown to not be as devoted to the Koopa King's cause, like Koopa the Quick in Super Mario 64 and Kooper in Paper Mario. Not to mention the turn to a playable character in Super Mario Kart. In short, Koopas are complex creatures with a wide range of talents and allegiances.

Here's what some of our donors had to say:

A goomba is cool, but a koopa troopa is a goomba complicated. The shells add a whole other dimension of reboundy, throwy, recombiney game design texture. If Yoshi eats a red one he can breathe fire! The design is great too. Love these little waddlers. ~ Lokii
Click to expand...

No matter how they toss the dice, it had to be

Look at how fucking DOPE I am here! Like, this is from 2018 and JUST look at how RAD I am! I demand a redesign for this project!

God, this week hasn't even garnered much comment either! WONDER WHY with all the cats and squid girls and this avant garde garbage fire of a post image happening. And what's with the night posts? Is it like LIFE or something?

Shit. I'm just...2020 is rough, all right? Rough on me, rough on you. I overreacted. Just haven't seen a lot of action this year, k? I know. Graphic novels about high school fuckery is not really fun times in like the hell on earth scenario we're in. I appreciate being here, I just...damn. Damn, WildcatJF, I'm just a selfish piece of crap. Here I am, taking up valuable space, just gripin' the fuck out into this void and like, you're doing what you can in a busy work week and still keeping this train a rollin despite so much. Dude. You're doing it. That's really big, right?

And people are reading even if they don't comment. That...yeah, that was a step too far. Fuck. Gone from complaining my ass off to showing my cheeks in embarrassment.

The cats are great. They were here before I was, yeah I know. And the painting is actually really good.

Wow, fuckin real talk town here. Um. Yeah...um, I just realized this......this is in the post, isn't it. Yeah. Well. Don't take it out. I'm a bit of a drama queen and life is hell and outbursts are kinda expected sometimes when we hit a breaking point and I have them. A lot.

Talking Time, we cool? I hope so. I feel so bad.

...I have never posted on a forum like this before. This is kinda cool, actually.

A Koopa is a good doggo. I didn't put them on my list because I didn't want too many Marios or Zeldas for obvious reasons.

This has been a pretty rough week in terms of creativity for me, so I'm cutting loose a little with my posts to keep the content going while finding other outlets to engage with the list in fun ways for me. I know that the switch to night posts is a bit abrupt, but I hope to be back to morning comic normalcy once again next week after my event is done tomorrow. Note that there will be no weekend content this time.

Welcome to the night shift.

Koopa Troopa are excellent birds, but I left them off my list due to a self-imposed rule of no Zeldas and no Marios.

The most notable Troopa for this vampire was the one Kamek mutates in Yoshi's Island. Hookbill, if I'm not mistaken. I had to call the Nintendo Power hotline, one of the two times I ever did so, to figure out how to beat him.

So is the Paratroopa considered part of this entry or not?


Dracula said:
I left them off my list due to a self-imposed rule of no Zeldas and no Marios.
Click to expand...

Same here. (I had Troopas at #3 on my list for Mario characters and enemies.) Another soild, classic and iconic mook (with tricks) from a famous game series.

Torzelbaum said:
So is the Paratroopa considered part of this entry or not?
Click to expand...

No one specifically voted for Paratroopas, so sure? haha

Interesting. Paratroopa was #15 on my list of Mario thingers.


Octopus Prime said:
A Licker shows up as the final boss monster in two of the Resident Evil movies too!

You know you’ve made it when Mila Jovovich has to use bullet time to defeat you repeatedly
Click to expand...

Oh, I had forgotten to reply about this previously So know a Licker was the final boss in the 1st RE movie but what was the second one that it final bossed in?

Koopa Troopas are great! For such a “basic” enemy, they sure make things interesting with the chaos their shells can cause.

SMW was brand-new when I got into gaming, so I think of a lot of its quirks as normal for the series, even if they didn’t really stick around. The game is crazy experimental with its Koopa Troopas. Bring back blues and yellows!

Beta Metroid said:
Koopa Troopas are great! For such a “basic” enemy, they sure make things interesting with the chaos their shells can cause.
Click to expand...

I'm sure most people here have experienced the hubris of being hit by a rebounding shell that you had kicked.

Staff member
Moderator
One time a koopa troopa put on a hoodie and an attitude of self-defeat and rebounded his way into our hearts.

Torzelbaum said:
Interesting. Paratroopa was #15 on my list of Mario thingers.

Oh, I had forgotten to reply about this previously So know a Licker was the final boss in the 1st RE movie but what was the second one that it final bossed in?
Click to expand...

The general lack of koopa troopas is one of Mario 64's greatest crimes.

Dracula said:
The general lack of koopa troopas is one of Mario 64's greatest crimes.
Click to expand...

However: Shell surfing is more fun than any of SM64’s “real” power-ups!

At first I was like "they are pretty vanilla baddies." Then I remembered that they'd been around so long, I forgot that their who thing is they have a mechanic that is fun and dangerous, making them shoot up pretty high for me.

My laptop is acting a little weird so I'm going to hold off on today's post and put something up this weekend. Thanks for understanding!

Headcrabs just wanna give the "hero" a great big hug. A face hug. That...um, you can't stop receiving cause they latch onto you with a death grip. And then they kinda turn you into a freakish parasitically controlled zombie within minutes with your guts all falling out. And you live through all this until the headcrab or your body is destroyed. But hey. HUG! A few variants have appeared over the series, including poison, armored and fast types. They've become a bit of a mascot for the series and you can buy plushes of them!


Maybe, I need to see the daylight
To leave behind the half-life
Don't you see I'm breaking down

I have never met a headcrab. This is a good thing.

I saw a headcrab drinking a pina colada at Trader Vic's. His hair was perfect

Dracula said:
I saw a headcrab drinking a pina colada at Trader Vic's. His hair was perfect
Click to expand...