Knights corrupted by Ganon's demonic energy, Darknuts typically patrol dungeons with incredible defense. In the original game, only their back would take damage, and only from swords or bombs, making rooms full of them incredibly tense encounters. Darknuts would return in the Wind Waker as imposingly large armored warriors whose armor was impervious to "the hero", save dodge roll leaps that cut off the belts that kept their fortifications intact. Twilight Princess evolves them a little bit further, with sword play being a big part of stripping off their protection, but they become much more nimble and cocky without their heavy gear, even throwing their enormous sword at "the hero" like it was nothing! They also appear in Link's Awakening, The Minish Cap, Four Swords and Four Swords Adventures, Cadence of Hyrule and Hyrule Warriors.

Nothing made me nope out of a play session on the old NES like a room full of Darknuts.

And tough ones to crack.

Staff member
Moderator
The trick that lets you hit them head-on is neat when it works. It also feels good when you risk using one of your precious bombs and catch a bunch of them in the explosion (and it feels equally bad when you do the same thing and they all wander away from it before it goes off). 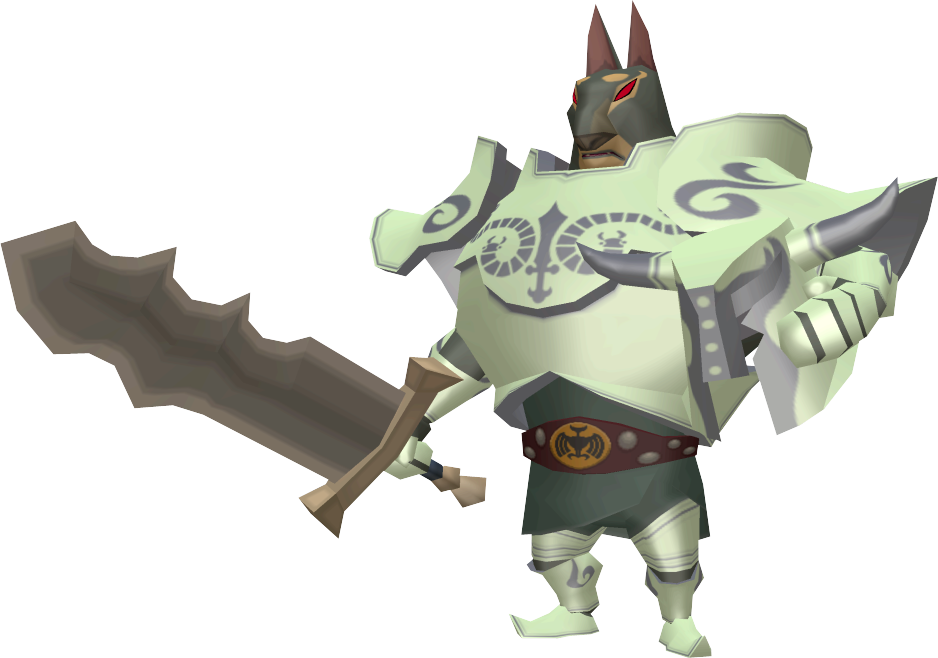 It's cool that they're big dogs under their helmets in The Wind Waker. Almost makes up for Moblins turning into pigs.

I am in awe that they never corrected me the mistranslation and 35 years in we're still calling them Darknuts instead of Darknights.

... It was a mistranslation, right?

Positronic Brain said:
I am in awe that they never corrected me the mistranslation and 35 years in we're still calling them Darknuts instead of Darknights.

I always thought this was the case, too. But in fact, the Darknuts were one of only a couple of enemies in TLoZ whose names were changed for the North American version. And the original...

Positronic Brain said:
I am in awe that they never corrected me the mistranslation and 35 years in we're still calling them Darknuts instead of Darknights.

In Japanese they're Tartknuck (タートナック), which isn't any more of a real word but does make clearer the relationship between them and Ironknuckles, who go by Ironknuck. (And "Rebonack" in The Adventure of Link would be better rendered "Revoknuck"—a revolving Ironknuck.)

Japanese Zelda enemy names are generally self-referential in ways that have never been left intact in localization. Like, there's a whole series-spanning line of enemies whose names start with "Degu," which doesn't mean anything literally but tends to indicate a larger version of another enemy. The Armos Knights in A Link to the Past are Degu Armos, for example. The closest any of them have got to a direct transliteration is, of course, Digdogger (Degu Doga). (And on that point, another ALttP boss, Vitreous, is Gel Doga, drawing a connection to two different enemies that doesn't exist in the localized name.) I want to say the only trend like this that's intact in English is the "fos" suffix for Stalfos, Lizalfos, etc. In any other game, it probably would just have been a hazard, but here they drew a face on it. I like the design of a bright blue stone surrounded by white thorns. Super Mario World added the charming detail that their expression grows more furious the closer you get to them. ~ Kishi
Click to expand...

On a cob web afternoon, In a room full of emptiness By a freeway I confess 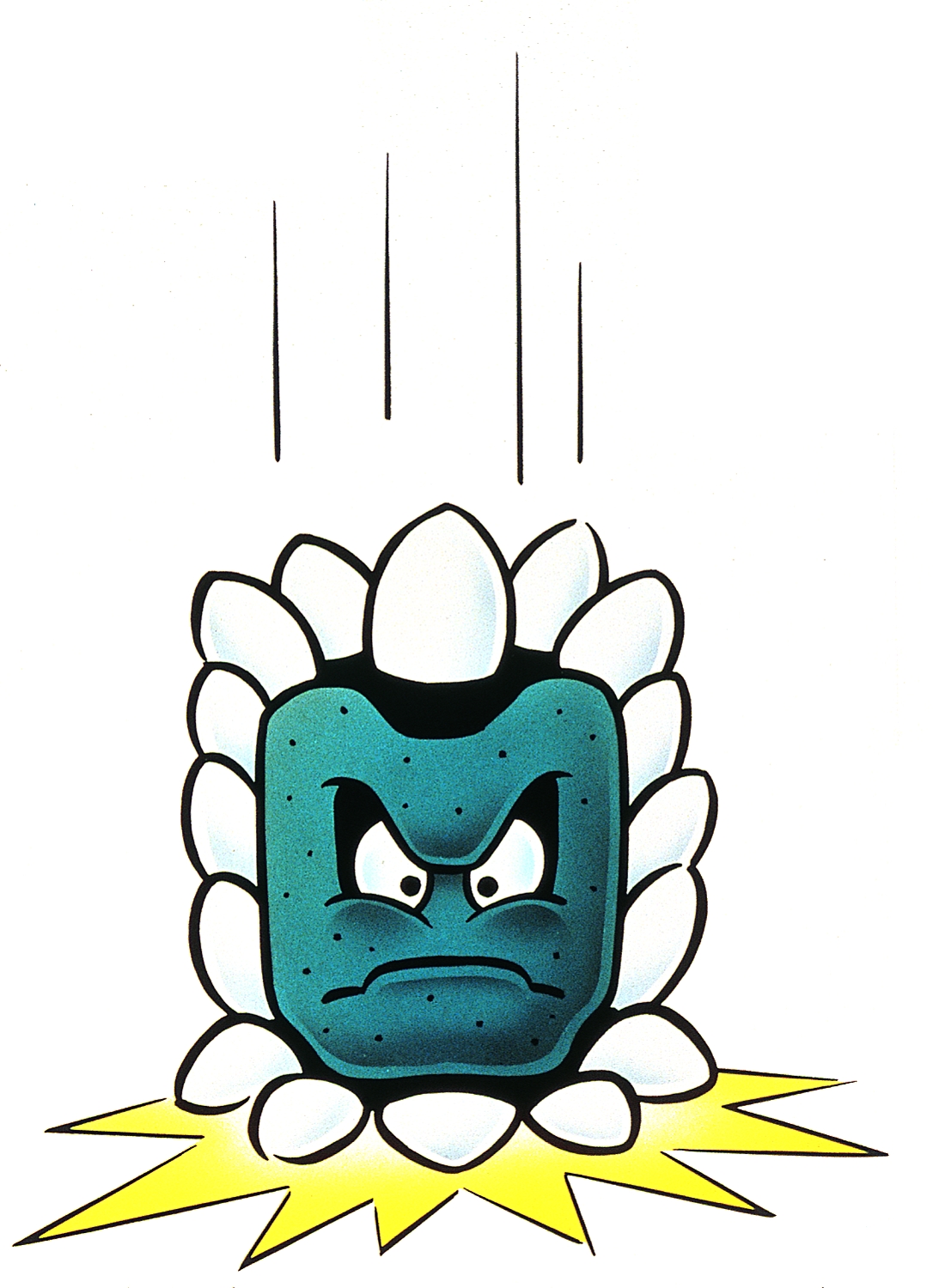 Oh, THWOMPs are a good pick!

Thwomps are great! I can kind of understand why some people held off on submitting Mario enemies for this list: It's an embarrassment of riches in terms of iconic enemies (But that's exactly what this list celebrates, so I personally couldn't adhere to such a rule).

Fun things about Thwomps that haven't been mentioned yet: Finding a power-up that can defeat them (especially in Mario Kart 64, when they frickin' explode if you hit them while under the influence of Starman).

The fact you can toss less sturdy enemies under them in Wario Land and get 10 coins per flattening.

That one Wario Land level where you have to keep ahead of one in narrow passages, then ride it over lava. I wasn't good enough to get very far in the game as a kid, and that always felt so intense that I thought I had to be near the end (it's not quite the end of the first world. Out of seven).

I would call them stompy boys but they don't really stomp per se. But they are whompy boys.


Beta Metroid said:
I can kind of understand why some people held off on submitting Mario enemies for this list: It's an embarrassment of riches in terms of iconic enemies
Click to expand...

Sadly, until the archives are up the Thwomp ravioli pic is inaccessible.

Those big rocks are good dogs.

They’re named after what their job is.

Torzelbaum said:
I would call them stompy boys but they don't really stomp per se. But they are whompy boys.

That was characters (just like the Zelda one), not just enemies, right? There's certainly some overlap, but how many of these lists has Chrono Trigger won outright, let alone placed in?

No judgment...I'm just fascinated with the different approaches people take to these lists. For instance, I frontloaded mine with enemies from one series because I'm not sure they'll get any other votes.

Issun said:
Sadly, until the archives are up the Thwomp ravioli pic is inaccessible.
Click to expand...

It lives on in my heart.

To recap, because I always have to mention this in discussion of Thwomps: Bride of Dracula exclusively refers to them as "Ravioli." She will shout it out every time she sees one on screen.

iirc the Mario and Zelda lists were about all of their characters.

Thwomps are good, and Thwimps are adorable.

Staff member
Moderator
I like Thwomp Volcano in Partners in Time, which is a big pile of these good beefy boys. 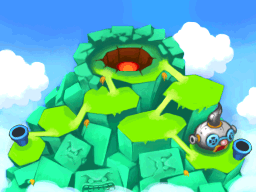 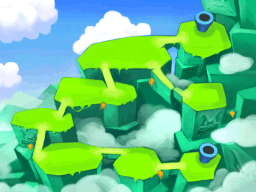 I mostly remember thwomps from when they showed up in the Mario Party games. 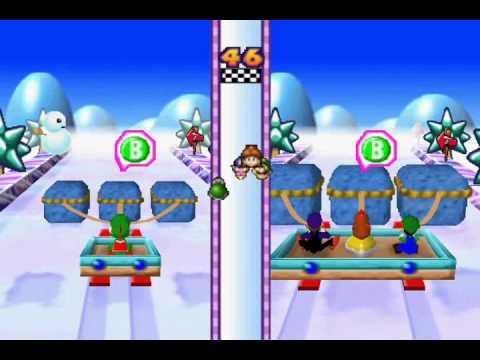 WildcatJF said:
iirc the Mario and Zelda lists were about all of their characters.
Click to expand...

Yes but that did include monsters.


Dracula said:
To recap, because I always have to mention this in discussion of Thwomps: Bride of Dracula exclusively refers to them as "Ravioli." She will shout it out every time she sees one on screen.
Click to expand...

I think I might have mentioned this on TT 2 but I can see why you married her.


Lokii said:
I like Thwomp Volcano in Partners in Time, which is a big pile of these good beefy boys.
Click to expand...

So now we know what type of ravioli they are.

Tonight's entry is one I have a great idea on how to execute but I don't have time to put it together tonight. So I am going to ask for a slight postponement so I can draw it to a standard I'm happy with and get it up tomorrow afternoon. We'll have a weekend entry to make up for the difference.

Staff member
I am enjoying your list, but I am concerned you may have bitten off more than you can chew. Don't burn yourself out.

Mogri said:
I am enjoying your list, but I am concerned you may have bitten off more than you can chew. Don't burn yourself out.
Click to expand...

I appreciate your concern, Mogri. I will say the five entries a week is not what I originally planned to do, and I think dialing it down to four would be preferred here on in.

Gonna shift the last comic this week to Saturday cause I'm taking a me day. Thanks for your patience!
Last edited: Oct 17, 2020 Poison is perhaps one of the most famous women in all enemydom, serving as one of the common gang members in Mad Gear, the crime organization terrorizing Metro City. Her distinct biker/hair metal influence, as well as being one of the more provocative combatants in the late 1980s, made her stand out from the crowd. Poison's flip kicks and acrobatic style continued on past Final Fight into her appearances in Street Fighter x Tekken, Ultra Street Fighter IV and Street Fighter V, as well as Final Fight Revenge, the first game she had her whip. Prior to joining the playable cast, she was Hugo's stage manager in III and SNK vs. Capcom Chaos and cameoed in backgrounds for the Alpha series and Marvel Vs. Capcom 3. Poison also appeared in Mighty Final Fight in chibi form. She is close with Roxy, another orphan who idolizes Poison to the point of duplicating her look save her red hair.

While Capcom has not been all that positive or kind with their canon regarding Poison's gender over the years, I agree with Kishi and Poison: trans rights.

(Poison) I don't want to break these chains (poison)

Still not the Final Fighter I felt most needed a vote, but probably would have been my second choice

Poison and Roxy need their own game.

As per her SF4 arcade mode, Poison realizes that the audience for supernatural martial arts tournaments has been shrinking since the 90s, so she instead conscripts her defeated opponents into a KISS-inspired glam rock band.
You must log in or register to reply here.
Share:
Facebook Twitter Reddit Pinterest Tumblr WhatsApp Email Link
Top