I can’t help but admire an enemy THIS committed to being an asshole. For the vintage of game they come from, Arremers are surprisingly nuanced. They persistently pursue Arthur, but they often hang back and dodge his attacks. They fly, swoop, and shoot projectiles erratically, and dance to troll Arthur for not killing them. Later versions can spawn imps to make Arthur’s short life even more miserable, or sit atop a pile of bones and chuck them at him. AND, while not the tankiest enemy in the series, they’re quite durable for being a “speedy, flying pest” type of foe. Of course, the Arremer is the Ghosts ‘n Goblins mascot/logo, and is so famous that one specimen starred in three of his own very good-to-great games. This enemy has some serious credentials. ~ Beta Metroid​
Click to expand...

No one has ever beaten a Ghosts 'n Goblins game, and it's entirely because of this guy. ~ Dracula​
Click to expand...

That guy. You immediately know he's on another level because he's content just to sit and watch you until you attack or get too close. Once that happens, he takes to the sky, actively dodges any additional attacks, and dive-bombs you before you can even tell what's what. In the second game, he doesn't appear until the second stage, but he sits perched atop a small mountain of human skulls you can bet he made himself. More difficult than many bosses in his series. So notorious he starred in his own series of games. ~ Kishi​
Click to expand...

Red Arremer is a reflection of the person playing Ghosts 'n Goblins, as they will also be extremely mad, red and nude after encountering this baddy ~ Dr. Nerd​
Click to expand...

Legit WildcatJF here wanting to let you know we're in the final stretch! I expect to do 4-2 next week and reveal the #1 enemy the week after that.

As 2020 closes on the Valdez Museum just wanted to say thank you for joining me on this wild ride of a forum contest. It's been a lot of fun for me to just go all over the place and I appreciate all of you who has been following along. Hope you've enjoyed it as much as I've been coming up with things.

Happy New Year from me and the cattos

Time for the Final Round of "Didn't Make the Cut for a Full Exhibit but Are Still Rad":

#97 Dragons The green one is Grundle, the yellow is Yorgle, and the red is Rhindle. (Adventure) Nominated by Beta Metroid #8​

You can keep your Pac-Man ghosts, these are my favorite elder statesmen of video game enemies. A lot of what makes them great is owed to the structure of Adventure itself: It’s a small maze with just a few rules, objects, and creatures, and some really wild things can happen. The dragons guard certain items, or sometimes decide to just go roaming through the world, and encounters can be sudden and frantic. Then you have the fact that you can still wriggle around helplessly after being devoured by one, and the fact that the bat can simply drop a hungry dragon into your lap. I love these guys! ~ Beta Metroid​
Click to expand... They are out there, in a tree, watching.... and waiting. ~ Positronic Brain​
Click to expand... He is an Enemy and I won't hear a word otherwise. ~ Dracula​
Click to expand...

He has a name!
Grundle!

Daikaiju said:
He has a name!
Grundle!

To be fair, he doesn’t look like a Grundle.

Then again, he also doesn’t look like a dragon.

I guess we’re all learning important lessons about judging others based on their appearance, today.

A Grundle is a Dragon bred with a duck. No one knows why the mad wizard of Adventure World felt the need to do this.

They all have names.
The green one is Grundle, the yellow is Yorgle (Also the cover dragon), and the red is Rhindle.

Dang, I totally would've voted for the Adventure dragons too if they'd crossed my mind.

The grundle sounds like something I don't want to be hit in. 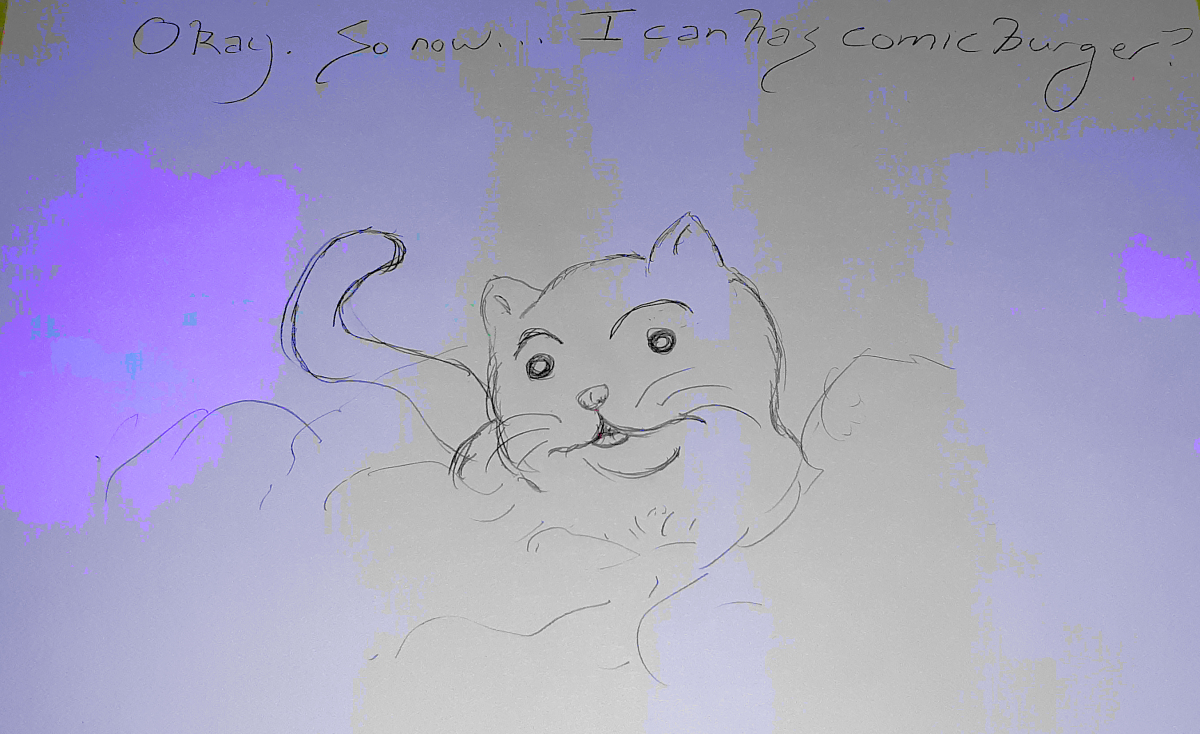 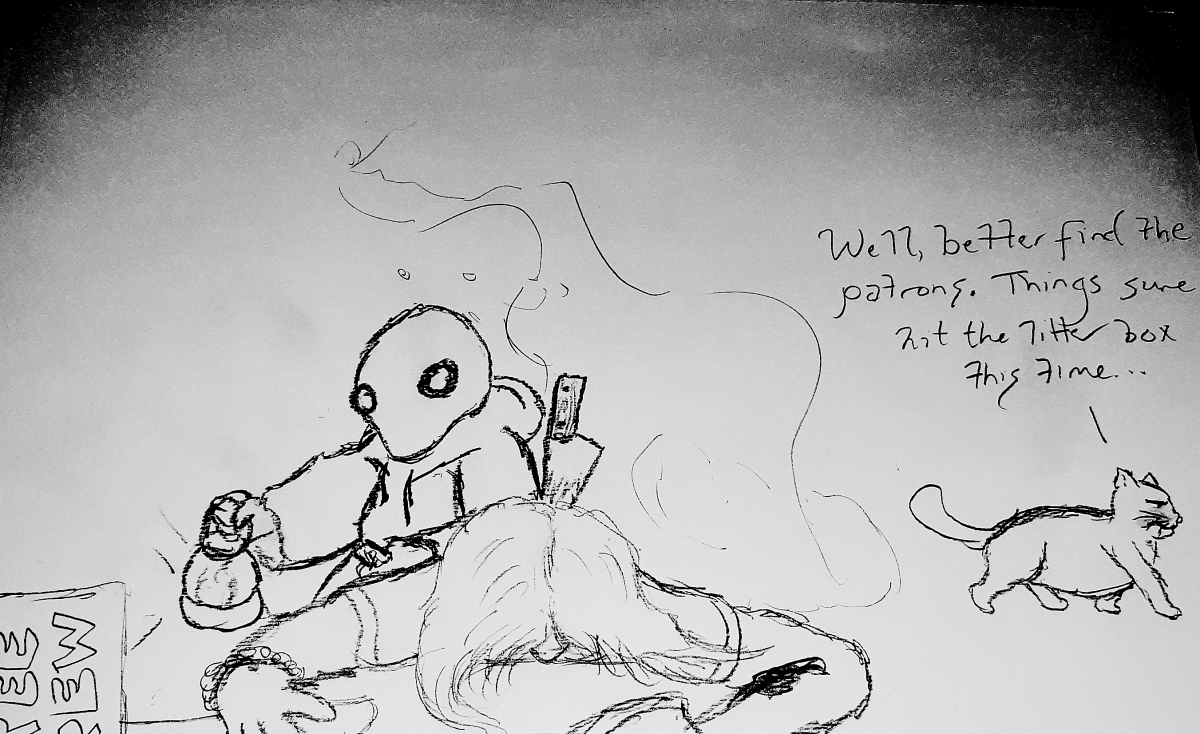 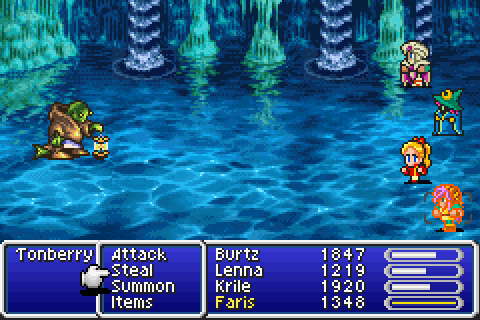 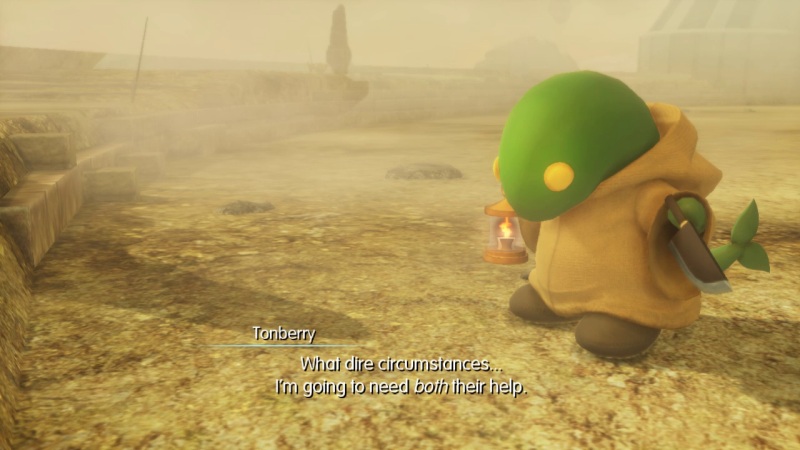 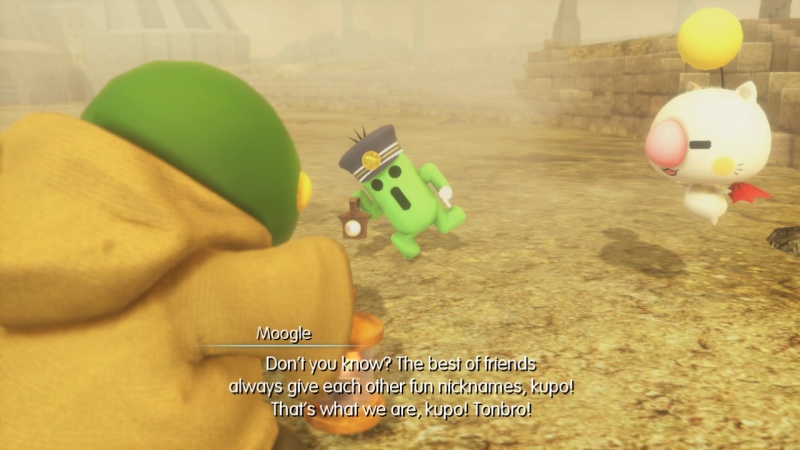 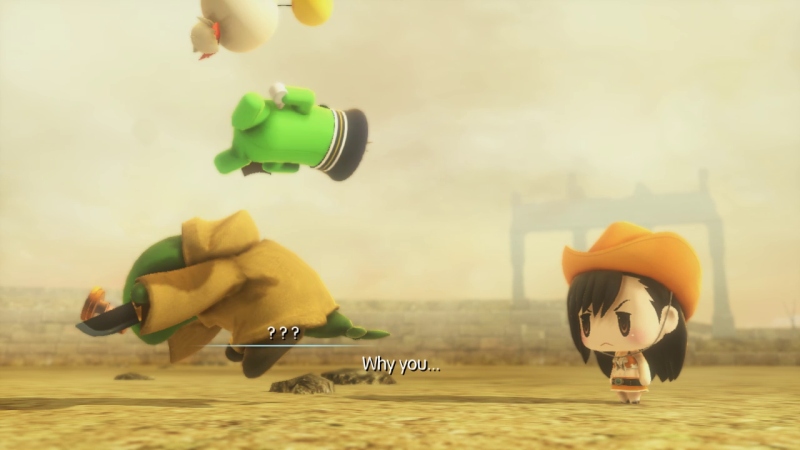 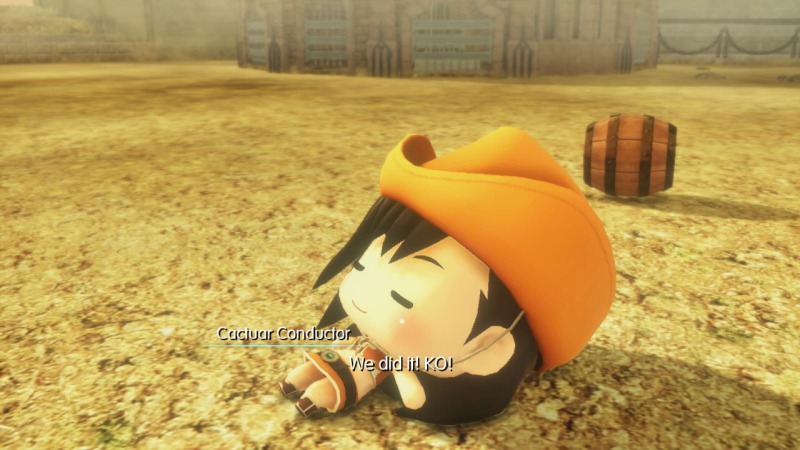 Or is a Pug? Or a Dingleberry? Whatever, these are Ninja Turtles who took monastic vows and can kill you instantly with a tiny knife. ~ Dracula​
Click to expand...

An unnerving creature holding a lantern and a knife. It does nothing but slowly shuffle toward you until it's close enough, at which point it stabs you with its knife, killing you instantly. In the best cases, it also has an attack called "Everyone's Grudge," which deals damage according to how many enemies the target character has defeated in the entire game up to that point. A compelling concept. ~ Kishi​
Click to expand... 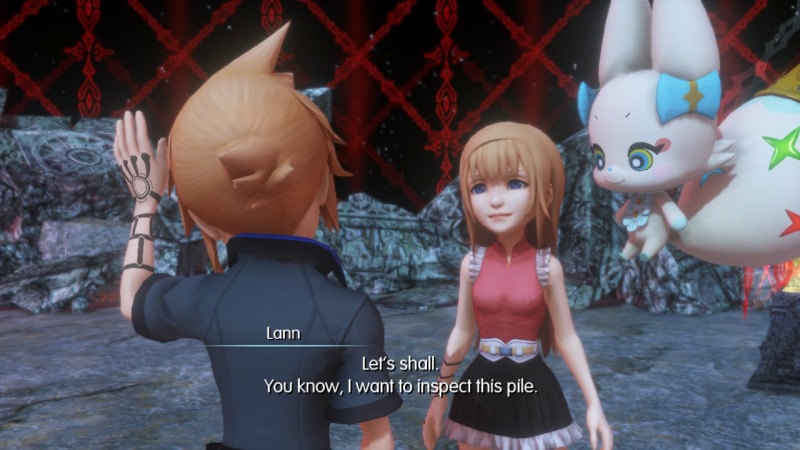 Aww, it's just a little, uh, fish? Eel? Just a little eel guy in his bathrobe shuffling downstairs to the kitchen to make himself a sandwich, it's dark this time of night so he brings his lamp with him, let the poor guy grab his midnight sna--

AAAH! AAAH! AAAH! The hell, little eel guy! You have a grudge against me or what!?

Zef said:
The hell, little eel guy! You have a grudge against me or what!?
Click to expand...

No, he has Everyone's.

Tonberry is a spooky little monster. Lots of other monsters have "ready to fight" vibes but this one has "spooky walking out of the dark woods, lets not engage" vibes.

Few things summon immediate dread like Tonberries. Especially in the first encounter in any FF.
"Are they instant kill? Will they pile up a grudge? Are they ungodly damage sponges?"

I'll take multiple comments of people voicing their regret at not voting for the Adventure dragons as a moral victory!

There are very few things more emblematic of "video game enemy" than the Goomba. Space Invaders and the Pac Man ghosts are probably the only things on that level.

The Arremer is such a wonderful enemy, and I love the Gargoyle's/Demon's Quest/Crest games dearly. It's nice to see Firebrand get playable appearances in high-profile fighting games, but I wish they'd draw more from the games he actually stars in.

I expressed some surprise earlier at very high-profile enemies not ranking quite as highly as I would have suspected, and now I remember why: I haven't played any Final Fantasy or Dragon's Quest games!

Daikaiju said:
Few things summon immediate dread like Tonberries. Especially in the first encounter in any FF.
"Are they instant kill? Will they pile up a grudge? Are they ungodly damage sponges?"
Click to expand...

And then came FFXV, and you added, "Are they Yoda?" when they whipped out their lightsabers and started bouncing all over the place.

C'mon, everyone knows what the Tonberries' favorite song is:

Zef said:
C'mon, everyone knows what the Tonberries' favorite song is:

lol hey, I was tired

Daikaiju said:
Few things summon immediate dread like Tonberries. Especially in the first encounter in any FF.
"Are they instant kill? Will they pile up a grudge? Are they ungodly damage sponges?"
Click to expand...

And unlike the other Final Fantasy Nightmare Encounters, Tonberries *do not* look dangerous, and yet they're the scariest by far.

A Behemoth or Malboro shows up, you know you're in for a rough time, but you can persevere.

A Tonberry shows up and your heart drops out of your chest.

Ah, my number one! As my whole list shows, I have a big soft spot for "kind of cute in a weird way, but also terrifying". And like Octo just said, they are very much that.

I even have a plushy one! Actually I might have two...

FFXI's Tonberries were damage sponges, though to be fair that was the same for most mobs. They also incorporated the grudge mechanic, which added a multiplier for every Tonberry you killed. The only way to clear it was to find your way to a shrine in the heart of their territory.

FFXI Tonberries are the scariest because they walk around with their robes open and you can see their spindly gnarled bodies with disproportionate legs and claws after you've spent a lifetime picturing cuddly, rotund bodies with stumpy limbs.

Oh yeah.... Waaaay to much detail. Thankfully they did not carry that over to XIV 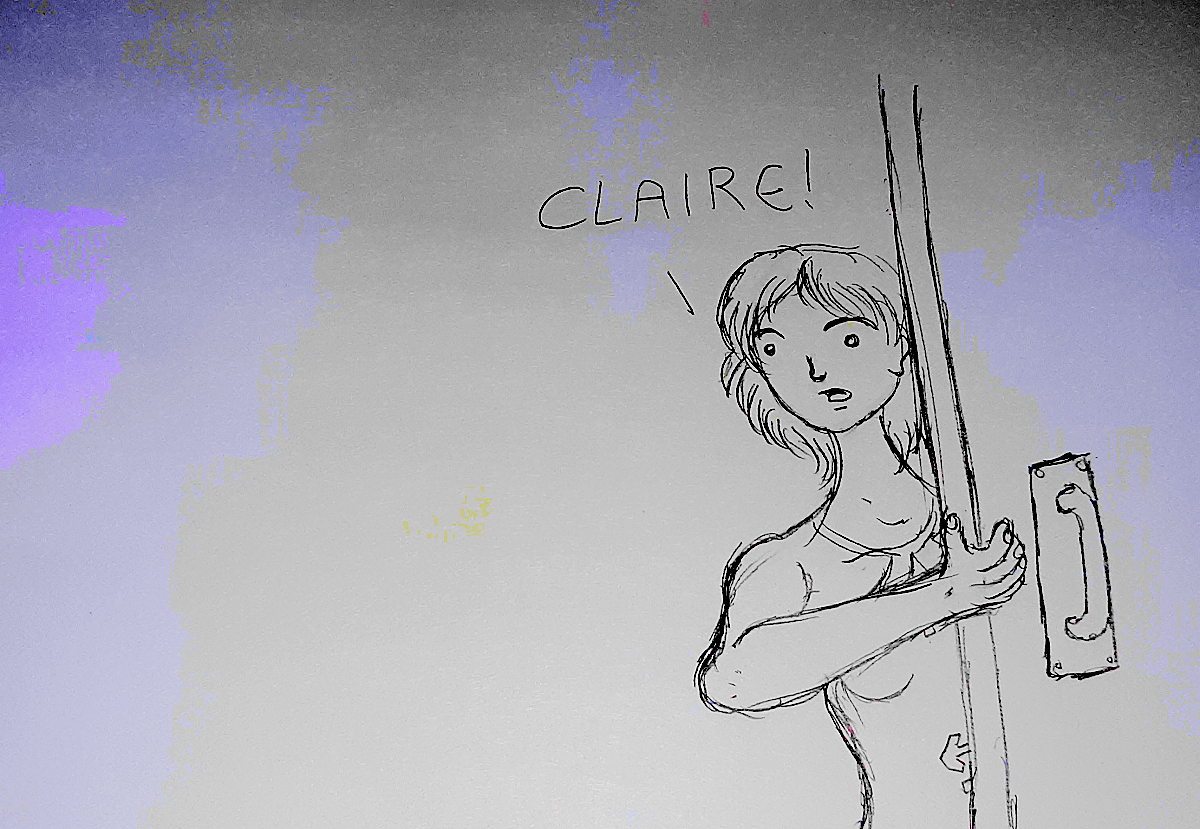 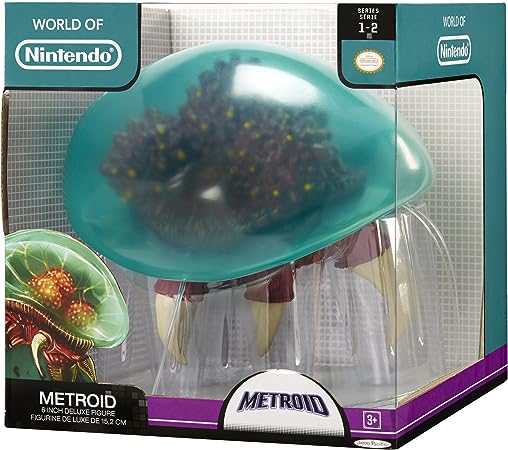 The namesake of one of the most iconic video game franchises of all time. Classic Metroids make excellent enemies, with fast, erratic flight patterns and immunity/extreme resilience to most weaponry. The removal of their trademark defenses against non-ice in the Prime games was extremely lame, which is a shame because their behavior in those games is neat. I love how they’ll go after Pirates in the room. ~ Beta Metroid​
Click to expand...

The titular flying jellyfish is also one of the best enemies ever. You can know exactly how to handle them and they're still the scariest thing on the Nintendo. Metroid is rated "R". ~ Dracula​
Click to expand...

First of all: incredibly memorable design. Just the larval form, if you're thinking of Metroid II (the rest I would count as bosses anyway). A relentless predator that can swoop and home in on you from any position, drains your life rapidly, and is difficult to remove once attached. Super Metroid shows that whatever they get done with is reduced to a desiccated husk that crumbles to dust at the slightest touch. In Metroid Prime, Space Pirate logs indicate that Metroids' prey don't actually lose any blood or other vital fluid but instead some intangible, unidentified, essential life energy—which just makes them that much spookier. ~ Kishi​
Click to expand...

An intimidating game enemy, despite its well-known aversion to crawling ~ Dr. Nerd​
Click to expand... 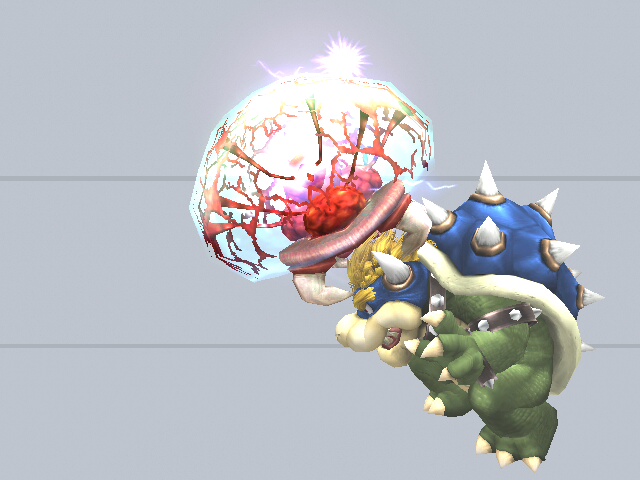 Yet another good dog! How did all these good pups get on this baddies list?!

Where was it agreed upon that the onomatopoeia for their shrieking is "SKREE"?

I know where the chocobo's "Kweh" came from but it's like "SKREE" has always been there in my head even though everyone knows that's what the Metroid says.

Falselogic said:
Yet another good dog! How did all these good pups get on this baddies list?!
Click to expand...