Zubat wouldn't suck quite so bad if it didn't know Supersonic. Speed disadvantage I can live with, but speed disadvantage + opponent has the first opportunity to inflict Confusion? It's pretty much guaranteed that you'll be seeing a lot of "[Your Pokemon] hurt itself in it's confusion!" because the computer is a cheating bastard when it comes to status effects. Hope you caught a Pikachu in Veridian Forest before heading through Mt Moon, because it's your best option re: speed and type advantage against these guys. Even then, it's a 50/50 chance of Ground Type or Zubat in there, so have fun switching out regardless.

Having to love your Golbat enough to evolve it to Crobat is still one of the funniest things Pokemon as a series has ever done. Inky, Pinky, Blinky and Clyde were the original ghostly bunch that hounded "the hero" in the 1980 arcade classic. Each was given their own unique AI script, meaning that each ghost would track down the player in different ways. Unfortunately for them, power pellets exist, which render their invincibility moot and makes them digestible for "the hero". In the sequel Ms. Pac Man a female ghost, Sue, replaced Clyde.

You have to remember which colors have which movement styles, or else you'll never win at Pac-Man. Ha ha. Who am I kidding? Nobody wins at a Pac-Man. ~ Dracula​
Click to expand...

Iconic and the first rebel who rejected the rhyming nickname scheme of his [Clyde] fellow ghosts. The more I learn about his behavior the more I identify with him. ~ Torzelbaum​
Click to expand...

Note - Votes for individual ghosts were included for this entry.​
Last edited: Nov 17, 2020

Zubats were another guy that was on my initial list but I had to cut because, like all Pokémon, they’re friends.

The last time I played RBG, it felt super freeing to go into the game with the mindset of "you run from wild pokemon battles." Not having to defeat every single Zubat in the caves is like Pokemon nirvana, man. I am enlightened.

But not enlightened enough to put Zubat on my team. 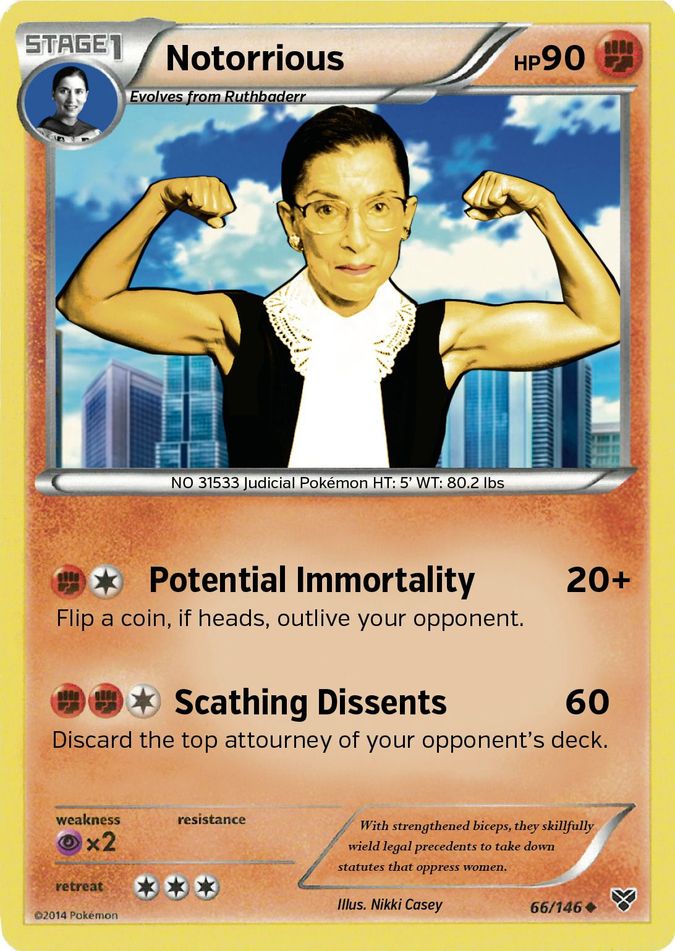 Staff member
Moderator
They're not ghosts, though.

Interesting and a little odd how the Ghosts are in the same place on the Top 50 as they were on my list (and that Drac and I ranked them nearly the same but Johnny and Daikaiju ranked them exactly the same).

And in case you're wondering how Clyde behaves then here's a simplified explanation:

The orange ghost, "Clyde", is the last to leave the ghost house, and does not exit at all in the first level until over a third of the dots have been eaten. The unique feature of Clyde's targeting is that it has two separate modes which he constantly switches back and forth between, based on [how close he is] to Pac-Man. The combination of these two methods has the overall effect of Clyde alternating between coming directly towards Pac-Man and then changing his mind and heading back to his corner whenever he gets too close.
Click to expand...

(That is from the blog post Understanding Pac-Man Ghost Behavior which is based on Jamey Pittman's "Pac-Man Dossier" on Gamasutra.)
Last edited: Nov 18, 2020

Kishi said:
They're not ghosts, though.
Click to expand...

No; They clearly have physical bodies since they can kill and nourish Pac-Man.

They are marshmallows, as detailed in this documentary.

Zubats are a great choice and incredibly obnoxious, but the Pokemon anime taught me that even the most obnoxious Pokemon are not your enemies. Still, their design is pretty neat (love the lack of eyes), but I've often wondered how they stand/hang/do anything but fly.

The Pac-Man...antagonists are an excellent choice. I ended up voting for an enemy group of a similar vintage and spirit instead...we'll see if they show up.

I see what you did there.

Large canine-esque creatures that typically have purple skin, bull horns, a long mane and are often among the (if not the) most powerful and hearty enemies in the Final Fantasy series. Occasionally they do appear as bosses*, such is their mightiness. Following their debut in II (after being teased in artwork for I that did not come to pass), Behemoths have made some sort of appearance in every numbered FF and many spinoffs since. Whenever the "hero" and their party run into one of these, it's always a long and difficult battle.

* - Behemoth is perhaps the most debatable inclusion on the Top 60 Enemy list, as they have rotated being between a boss and an enemy from the get-go. I'm letting it slide as it has appeared as an enemy in the series as a whole than as a boss.​

As you can see they weren't on my list but when they start showing up as random encounters is when you know a Final Fantasy game is getting serious. (The same is also true of dragons.)

And don't play XIII because they wear shorts. With zippers.

You think they could handle button-flies with fingers like that?

Time for Round 4 of "Didn't Make the Cut for a Full Exhibit but Are Still Rad": Notable enough to become an item in Super Smash Bros., Boss Galaga will steal "the hero's" ship if they're not careful...or perhaps, if "the hero" IS careful and can blast the alien but not the captured ship with their next life, earn double the firepower! Tough, quick and rich, the Squids are a perfect example of risk/reward within the multitude of gangs within River City Ransom. They can give quite the payout if "the hero" can topple them, but will they be able to overcome such difficult odds?

Hyper aggressive and twitchy, red chompers are the torn remnants of people who have undergone all stages of the plague affecting the game's plot, and will immediately attack "the hero" on sight. While fast, they do have a stamina limitation and can tire out, making that the perfect time to strike back.​

Behemoths are fun. Figuring out that they countered physical attacks in FF4 was, like Octo mentioned, a turning point. Seeing them stand up in VI* made them much more intimidating. Their colossal variants in X and XV are just magnificent (especially the Dread Behemoth with wings). But I'll always have a soft spot for the FF Tactics variety.

Once, on a whim, I used my Oracle to capture a Behemoth just to see if I could. A few battles later, I brought it into battle to Poach it. Unfortunately, I picked the wrong battle to try that. I completely underestimated the Undeads, my squad was poorly suited to counter them, and everyone but my Oracle and the Behemoth was killed. Hell, the Behemoth was at nearly full health. Together, they carried the fight, and the Behemoth destroyed the last Undead within Ramza's Game Over turn.

I ended up kicking Generics out of my party so I could keep the Behemoth around, and his name, Dwyvaer, lives on in other games where I get to name monsters, and only my favorite monsters get the honor of that name. 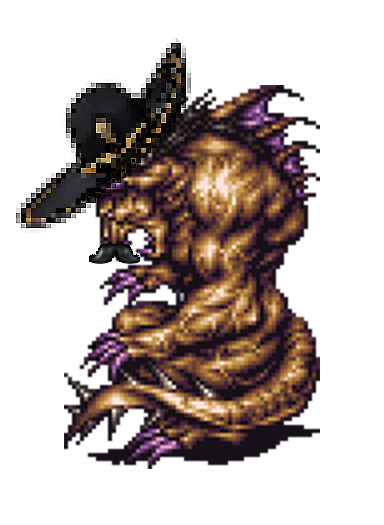 Eeeek, I know I did it today.

Thing is, it was right here.

Ah dammit, these rare enemies are just the worst. Always fleeing all the time! 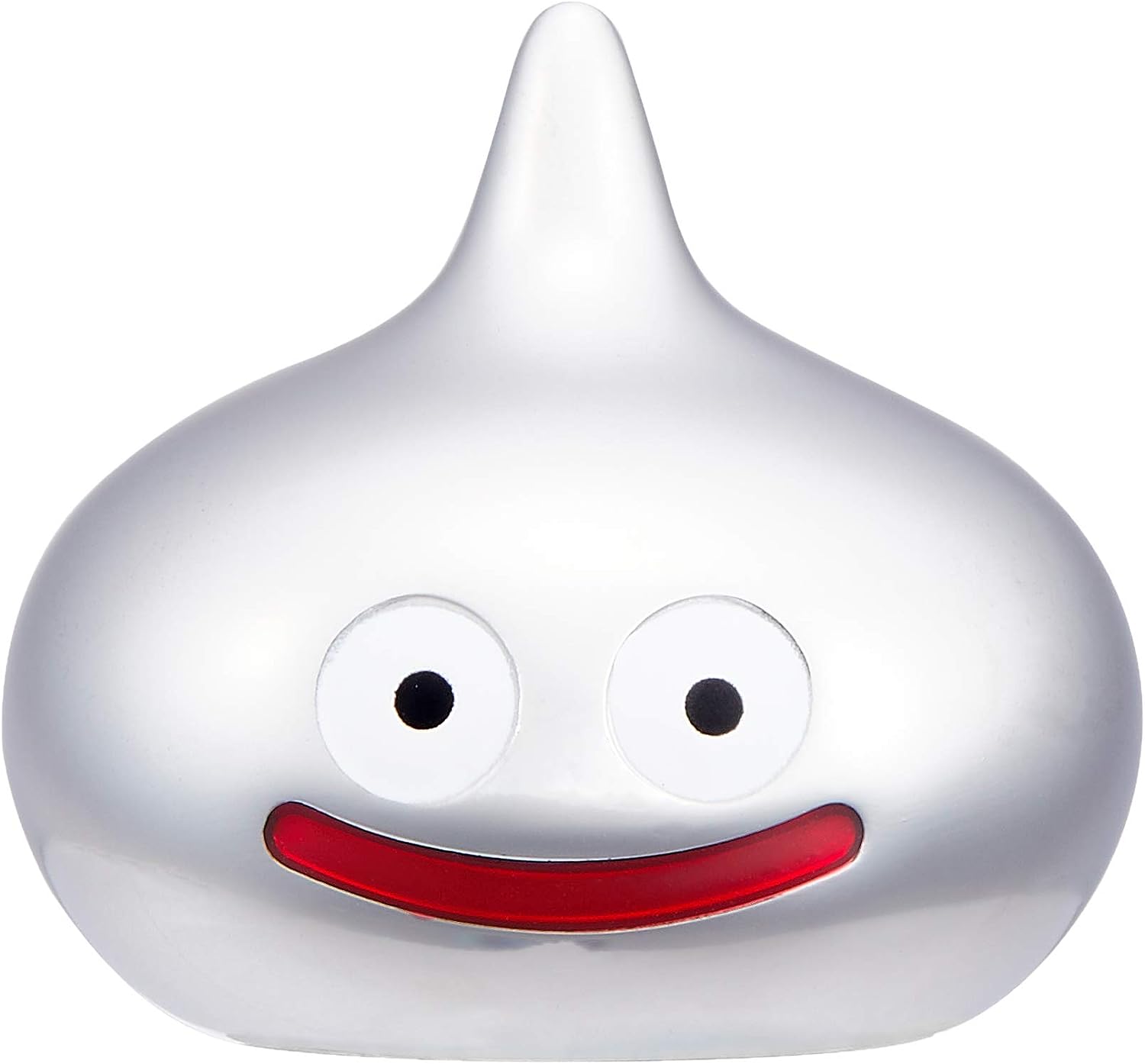 Son of a....I CAN'T have it wandering around the forum again, I already did that!

It was amusing then, but then I'll not have a fresh gimmick.

Maybe I can do something else. Like a "first letter of each sentence adds up to be the enemy this time" thing.

Hm, well, maybe if I continue with the entry it'll show itself. Kind of defeats the whole enterprise not having anything to show for it, though. Little bugger. 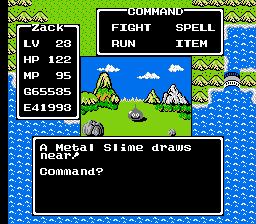 GIVE ME YOUR XP, YOU LITTLE SLAG! Based on the design schematics of Proto Man, Dr. Wily mass produced the "Joe" series of robotic defense units to help his plans for world conquest. The initial Joe was a Sniper, thus the name. Using their shields to deflect "the hero's" attacks, and then fired off shots of their own. In the original game Sniper Joe would jump back over any attempt to bypass him, forcing an encounter. As the series continued the Joe series evolved, equipping mechs, bulking up to throw hammers, infusing with level motifs like the Skull Joe or Crystal Joe, and more.

Here's what our donors have to say:​

I like these guys because they're mysterious. Seems like there's more going on behind that single red eye. What are you planning, Sniper Joe? ~ Dracula​
Click to expand...

Staff member
Moderator
Capcom seemed interested in giving Mega Man a rival from the very first game. They finally scored a keeper in the third game with Proto Man, but Proto Man himself borrowed cues from their original effort, which was Sniper Joe. (Mega Man 2's in-between entry was Quick Man, and of course Mega Man 7 brought us Bass.) It's always interesting to see all the different forms Joe takes as he continues to return game after game.

Quick Man is supposed to be special in MM2? 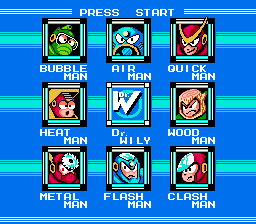 I don't remember where now, but someone asked Inafune about how Quick Man's Gundam crest extends past the border of his portrait, and he said they were trying to call attention to him as a prospective rival character.

Hm. That explains some of his manga portrayals

And his prominence on the US Cover art.

Re: Metal Slimes, they are the kind of RPG monster that is fully aware that everybody is going to want to kill it (so much so that any player worth their salt is going to ignore any fire breathing dragons or demon wizards or whatever in order to focus on them) and has evolved accordingly.