My PC Engine CD-ROM2 isn't working. I did get my HuCARD slot working on the main unit with an Everdrive, so that's good, but when I try to load a CD, the disc doesn't spin and it doesn't look like the laser is moving. I'm not sure what the problem is - I tried a couple fixes. Got some lithium grease on there in case it was old grease; taped the ground ribbon cable where it's supposed to go for the CD, and still, it sounds like it's grinding and not moving. It looks like all the plastic gears are there and are in good shape - though I didn't want to mess with them, so I basically didn't touch them when I had the CD-ROM unit apart. Any ideas? Is it just a dead drive? Interface unit works fine (this is not a Duo, by the way), since I'm able to play HuCARD games.

EDIT: lol, touched the middle gear in the CD area and it fell apart into pieces like it was made of sugar. Apparently that's a known problem area! Going to look into a replacement gear (yet another time I wish I had a 3D printer... oh well).
Last edited: Aug 13, 2022

Last August I hacked my 3DS. This time, I hacked my Vita. I also just went back & moved some things around on my 3DS and added a few games I had missed. My setup:


“Old” 3DS XL​
Vita 1000​
The GB and GBA games run better now than they did in Twilight’s emulators. I tried out an NGPC emulator, but I think I would need a “New” 3DS to get it to run at a decent speed. I’ll probably just buy a few NGPC games on Switch & call it a day.

I’ve had emulators on computers or whatever before, but they always felt pretty janky. But the games running on these two machines are so much better. Everything newer than SNES/Genesis is running natively on the hardware (I think PSX is just really good emulation, but it feels great). And, most of the older games run well enough and feel good to play on both systems.

I’m super happy with how both of these turned out. The two systems compliment each other very well. Between them, I have access to most console games before 2000, plus like 99% of all handheld games. If anyone has these systems and is considering hacking them, I highly recommend it.

be careful with your screws

$120 mistake. Already ordered a replacement drive, luckily Twin Famicoms work with whatever drive. I'm hoping the one I get won't need to be modded to rewrite disks - the reason I was even taking that one apart was to see if I'd have had to mod it to do so, and I would have.

Got the drive and - gingerly - took the new drive apart, and hooray, it's the early 7201 model, meaning it has no write protection! I was able to reassemble the drive - which is difficult tbh, you have to put all the screws and such in just so - so now I have to never take that stupid thing apart again (until the drive belt inevitably breaks, which will be awful. The previous owner installed a clear belt, which hopefully lasts longer than the original black ones).

I do, however, have to mod the power supply board on my Twin Famicom, which is supposedly way simpler than modding the disk drive, but I'm sure I'll find a way to screw it up (or, more likely, not be able to find a guide for my exact model of Twin Famicom).

I CAN REWRITE FAMICOM DISKS NOW

I bought a cable - this one, though I could have made one myself but didn't feel like it - and after modifying the power board of the disk system I had to order after breaking my last one, it WORKED and now I have disk labels with the correct games on the correct disk (fuck off, crappy Ultraman game on my Metroid disk).

So, you know, if you have some Famicom disks and want them rewritten, lmk lol

Tegan said:
Let me know how it is! I kinda want one but can't really justify it. Dying to know what the state of handheld N64 emulation is in 2022.
Click to expand...

It arrived two days ago. I need to load on roms and test all the different emulators, but so far Steam link works delightfully.

Now that's super cool. Always wanted an FDS. I've got an FDS Stick, though, but I need the RAM adapter.

I'm just remembering the crude teenage era of video game emulators for PCs. You know how they had NESticle and GeneCYST? Someone released a tool for modifying Famicom Disc System games called FDS Spray (a popular feminine odor spray in the mid 1990s). Oh, but then the makers of emulators had to fly too close to the sun by naming that Neo-Geo Pocket emulator... what they named it.

ArugulaZ said:
I'm just remembering the crude teenage era of video game emulators for PCs. You know how they had NESticle and GeneCYST? Someone released a tool for modifying Famicom Disc System games called FDS Spray (a popular feminine odor spray in the mid 1990s). Oh, but then the makers of emulators had to fly too close to the sun by naming that Neo-Geo Pocket emulator... what they named it.
Click to expand...

I can't figure out what the Neo Geo Pocket emulator was called even after googling (and if I did see it, I didn't get the reference). What is it? 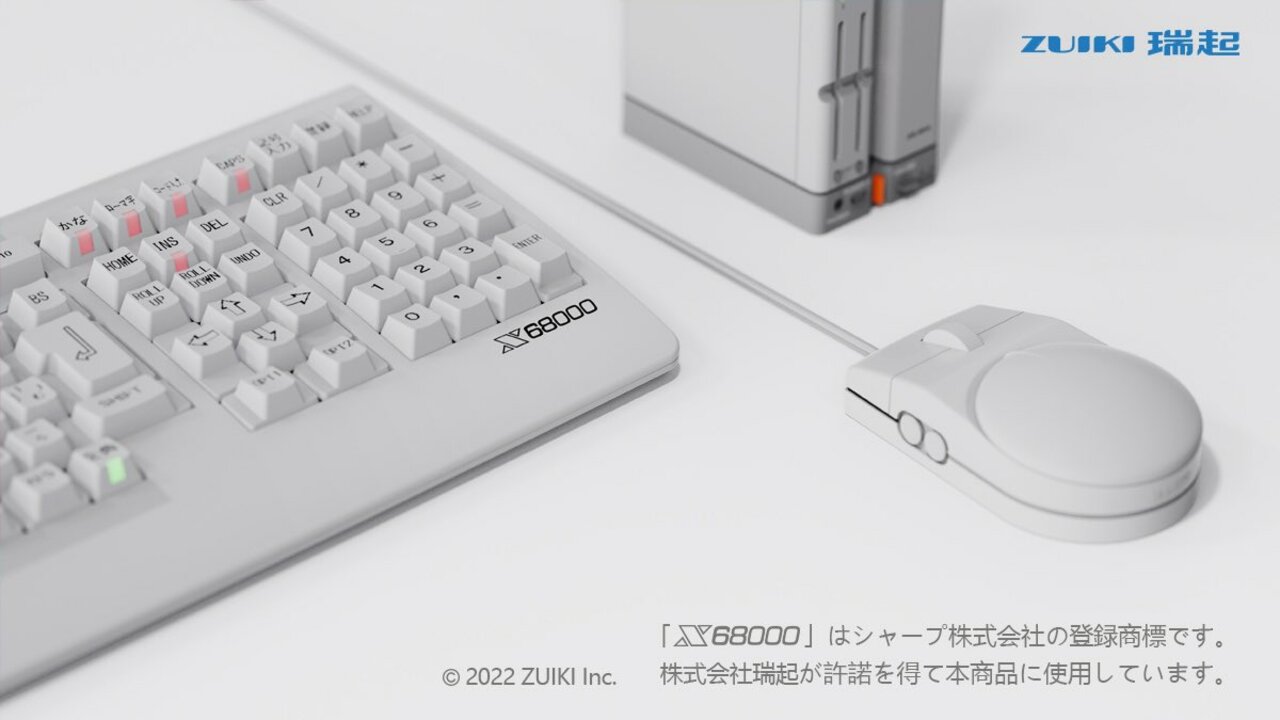 Update: An announcement has finally been made

Rather a Pokémon Emulator.

Kazin said:
I can't figure out what the Neo Geo Pocket emulator was called even after googling (and if I did see it, I didn't get the reference). What is it?
Click to expand...

It was called R.A.P.E.? (complete with question mark, as far as I can tell). Not quite H.P. Lovecraft's cat, but still really bad.

Ohhh, right. I almost forgot about that one. I remember being embarrassed to use it.

This just in, for the small fraction of nerds who care! Two of the games in the Sega Saturn library that required a ROM cart along with a disc to play no longer require that ROM cart! These hacks use the Pro Action Replay or another 4MB RAM cartridge as a substitute, loading all of the data onto the cart before the game begins. This makes it way easier to run these games on a US Saturn, provided that system has been hacked with a mod chip or Pseudo Saturn KAI.

Man Logitech, $350 for an underpowered Android handheld? Did they do ANY research on competing products?

Maybe people will bitch less about the limited power of the Switch after they see this. Hey, at least the Switch can run most of its games on its own, without borrowing a cup of horsepower from a server hundreds of miles away.

I'm going to guess that Logitech just doesn't even have the Chinese handheld market on their radar and has decided "cheaper Steam deck" is the entire value proposition they need. Never mind that for $100 you can get a Retroid Pocket 3 and stream things/run Android games just as well.

Beowulf said:
I'm going to guess that Logitech just doesn't even have the Chinese handheld market on their radar and has decided "cheaper Steam deck" is the entire value proposition they need. Never mind that for $100 you can get a Retroid Pocket 3 and stream things/run Android games just as well.
Click to expand...

Note, they partnered with Tencent on this, making said oversight of the Chinese handheld market even more glaring.

This is definitely a "but why?" product for me. Maybe I'll get one when they inevitably go on clearance.

Maybe it can be hacked into something useful later, depending on the specs. I'm looking at this and thinking "dumb terminal," unfortunately. Even my Vita can stream using Moonlight. Unfortunately, with internet as slow as it is out here, that doesn't do me much good.

It's using a Snapdragon 720G. From what I'm reading it's enough to do most Wii/3DS games, and I assume most PS2 as well. That's about it, though, so it honestly doesn't make any sense to go with it over a Steam Deck at that price point. And the Deck obviously gives you way, way more options on the AAA/indie gaming side of things.
You must log in or register to reply here.
Share:
Facebook Twitter Reddit Pinterest Tumblr WhatsApp Email Share Link
Top