Hey, there's finally a list of what is coming to Crunchy from Funi for May. Lots of dubs, which is less interesting to me, but some stuff worth checking out.


May 24
The big one is Trigun. I feel like a lot of people keep saying "this one probably isn't quite as good as you remember", and since I was over the moon for it back in the day, maybe true, but I would like to rewatch it.

Initial D is there. Sadly it looks like the first season sub isn't there.

There's some more recent stuff that is pretty decent, like Gymnastics Samurai, Sonny Boy, DECA-DENCE and RE-MAIN, which doesn't completely live up to it's promise of the first episode but isn't bad overall.

Johnny Unusual said:
The big one is Trigun.
Click to expand...

You misspelled Space Dandy
Trigun is a pretty good time though. It's not objectively incredible, but it hit in just the right ways for a lot of people at just the right time in life. It's just a shame it hasn't gotten an hd remaster yet.

As someone who only watched Trigun in the last couple of years; Trigun is excellent.

If Cowboy Bebop wasn’t the 800-pound gorilla of Best Anime Space Western, Trigun would be that gorilla. Instead it’s merely the Mighty Joe Young, or maybe Kong Skull Island.

I am excited to finally watch Space Dandy and Black Lagoon, however.

Well would you look at that. The third installment in the remake Space Battleship Yamato 2199 series: "Space Battleship Yamato 2205: The New Voyage" came out. I'd been waiting for it but forgot that I was waiting. 2205 is "only" 8 episodes/2 films, but it's still a damned good time. The stakes and size of the conflicts here are scaled down a bit from 2202, but I think I prefer that. Yamato continues to be a top, goat-tier space opera so I breezed through those 8 episodes like they were nothing. And apparently another sequel is in the works. "Be Forever Yamato: Rebel 3199". A sequel that's being described as a full 26 episodes long, so that's gonna be something. I assume it'll continue the threat previewed in 2205. Can't wait!

Komi Can’t Communicate is back on and it’s still really enjoyable.

Except for Yamai. Yamai needs to die in a fucking fire.

Classic said:
Does the 80's series not hold up?
Click to expand...

I think this is more wanting to retell a classic rather than fix something. Of course, there's hold up for "tells a good story" which, I think so from my memories of watching the first season a long time ago, it does, and there's hold up in "our lead is a sex pest" which means that like City Hunter or GTO is a thing that requires some real compartmentalizing if your tolerance for laughing at sexual harassment has lowered. But I don't think the new one is looking to "remedy" that in any significant way.

The original anime is also a ridiculous colossus of 200 TV episodes and over a dozen films/OVAs, making it an exceedingly tall order for people to get into on top of all the culture shock of forty-year-old media it has by now accrued. It's for vintage enthusiasts, nostalgics and possibly those with interest in Mamoru Oshii's career and works, but newer viewers will be better served by an adaptation that is created outside the context of its phenomenal level of saturation in its contemporary heyday. Lum alone is so iconic that most people have at least some awareness of the series existing even if they've never personally interacted with it, so revivals like these make entertaining that osmosed whimsy more feasible.

As for whether it holds up, I would never watch a Takahashi series I could read, and of her megahits Urusei Yatsura is probably the least interesting in a vacuum, but that just means it has more room for adaptive friction to result in something askew and worthwhile when other people handle the material. It's happened before!

Yeah I’m gonna have to figure out the best way to watch that. UY is basically my whole early 90s.

Johnny Unusual said:
there's hold up in "our lead is a sex pest" which means that like City Hunter or GTO is a thing that requires some real compartmentalizing if your tolerance for laughing at sexual harassment has lowered.
Click to expand...

The recent City Hunter revival movie was an interesting case in this, where extremely early in the movie, Ryo tries to do some of his normal horny-boy-creeper business, and Kaori immediately shuts it down like literally, "HEY THIS ISN'T THE 80'S NO MORE, YOU CAN'T DO THIS" while beating the ever loving shit out of him, and after that the movie kind of moves on and Ryo's immense horniness basically goes almost all the way away. I can see a UY remake series toning everything down on the horniness by quite a bit. 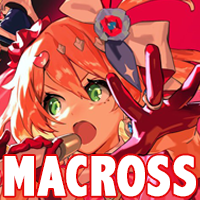 Okay, I'm not going to do a deep dive into a movie I want to see in theatres within a month, so I ask this for assistance in an important matter:

My wife is not an "anime person", but is considering going to the showing with me. What is the elevator pitch for this movie for someone that isn't automatically excited by space battles?

What if a Star Trek colony fleet, but anime and also a musical.

Dang, that is shortly before and shortly after my wedding. And while I'm likely to be pretty immune assuming I recover nicely, we're probably not going to want to risk my partner picking up COVID from a theater right before we're supposed to get married, even if the chances are looking manageable with a good mask.

I'm finally checking out Made in Abyss. This looks adorable! I'm certain nothing horrible will happen to these children and they will have a fun and pleasant adventure.

MarcAlan said:
I'm finally checking out Made in Abyss. This looks adorable! I'm certain nothing horrible will happen to these children and they will have a fun and pleasant adventure.
Click to expand...

I just looked this up though and it looks like a second season is supposed to be coming out soon? Though there's also a film I haven't seen that may come between the two (in addition to a couple compilation films).

Made in Abyss is such a weird case where I would really, really love it except for the one thing.

The final two Gundam: Reconguista in G compilation films are going to come out very soon.


I cannot understate how incredible it is that these films are even getting made, never mind that they actually finished them. It's kind of a miracle. I haven't seen all of them, but the first two are really well done and much more easily approachable version of G-Reco for newcomers.

I missed this preview popping up a week ago!


Between this and Orange doing a new Trigun anime, I'm looking forward to next year!

Trigun Stampede, a new anime series based on the classic '90s sci-fi manga, is in the works and set to air in 2023.

Weather report is showing signs of a Humanoid Typhoon approaching

We are heading to the end of the season and some of the shows are ending.

Ascendence of a Bookworm - My take on this series is
High Fantasy = snore
Noble/Church intrigue = OK.
We makin' books = YES!

Overall, not enough book making but thankfully even though the season ends with "shooting light at each other", it's actually a fairly satisfying season that reinvigorated my enthusiasm got the series. Some major things actually happens and for some reason tries to do a fake out to make you think "no more show", probably so you breathe a sign of relief when it's like "JK to be continued". And I do want to see another season but I hope we get more book stuff, which is how it got it's foot in the door with me.

Dance Dance Danseur - I won't say this is my favourite series of the season but it's a STRONG season when this isn't. It's one of the most gorgeous series I've seen, even with a Studio Wit show in the mix. The series finds a great place to stop the series with a big change to the status quo (including some unexpected decisions) and some tearful goodbyes. It's not perfect, as it's most emotional element towards the end also has some questionable emotional manipulation for what is intended to be a good cause but, like I dunno. But while the ending is optimistic and hopeful, it's also tinged with tragedy as appropriate for a ballet tale. I loved this one.

Aharen-san wa Hakarenai - Despite relying a lot on the same gag, where Raido keeps imagining wild stuff for his bestie to be involved with, Aharen surprised me by not only being consistently charming and funny but actually getting a little bit of a direction. Not that it needed it, as it is a gag manga series but what could have remained a BBF situation escalates more than expected by seasons end. That said, the show is mostly about the gags and delivers. It's easy to see this as a goofier Komi Can't Communicate but it's really it's own series with it's own tone and was a fun little show.

Johnny Unusual said:
We are heading to the end of the season and some of the shows are ending.
Click to expand...

I really liked Aharen-san. It was just super nice and chill. Everyone in it is secretly a dork. Like from the premise you'd expect the male lead to be yet another self-insert but he's arguably the biggest weirdo of them all (and a total himbo). Also, yeah, it ends up surprisingly bold regarding the rom in romcom by the end. And it's somehow one of the more queer friendly examples of a het romcom, too.

Estab Life was another show that was a lot of fun and sorely underappreciated. It starts off seeming like it might be a cheap knockoff of Princess Principal and while it does have a lot of similarities it's a lot funnier, a whole lot gayer (really!), and occasionally even more thoughtful. It's not going to sell anyone on 3DCG if they're predisposed to hate it, but it's also not one of the bad examples, just fine to above-average visually.

Mononoke (the avant-garde TV show, not the Ghibli film) returns.


Anniversary project or no, I don't think anybody could have seen this coming. The teaser shows only the smallest of glimpses of new footage, but the prospect alone is exciting. I can't wait.


Anniversary project or no, I don't think anybody could have seen this coming. The teaser shows only the smallest of glimpses of new footage, but the prospect alone is exciting. I can't wait.
Click to expand...

Wow, this looks wonderful. Is there a way to access this in the US?

Bulgakov said:
Wow, this looks wonderful. Is there a way to access this in the US?
Click to expand...

It's apparently on the Roku Channel's Viewster, but that's not available in Canada, so I can't be sure. It's also on the Google Play store, of all places.

conchobhar said:
It's apparently on the Roku Channel's Viewster, but that's not available in Canada, so I can't be sure. It's also on the Google Play store, of all places.
Click to expand...

I will totally check this out. thanks!