Just Keep Telling Yourself It's Only a Thread: Talking Time's Top 50 Horror Movies! 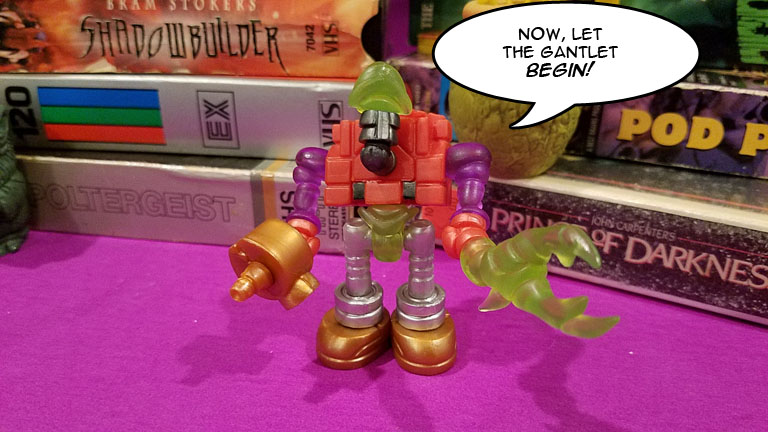 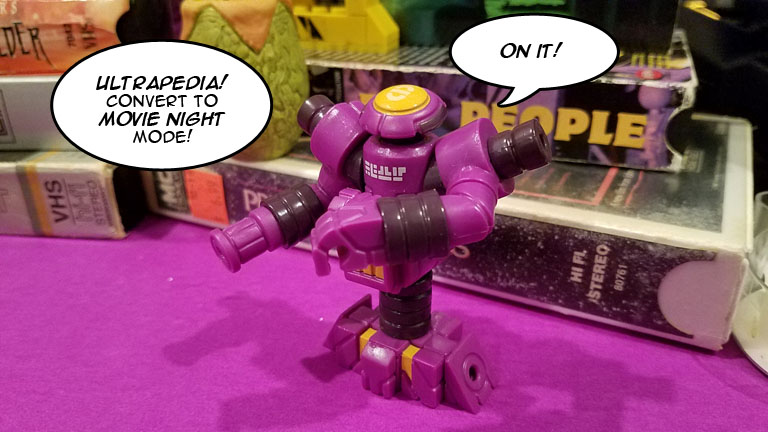 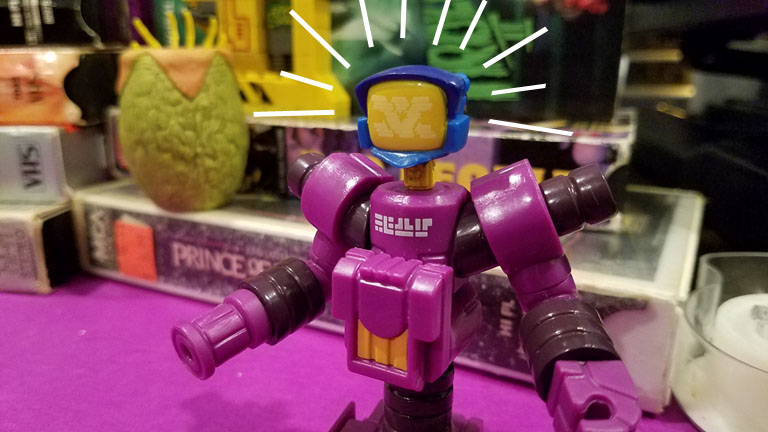 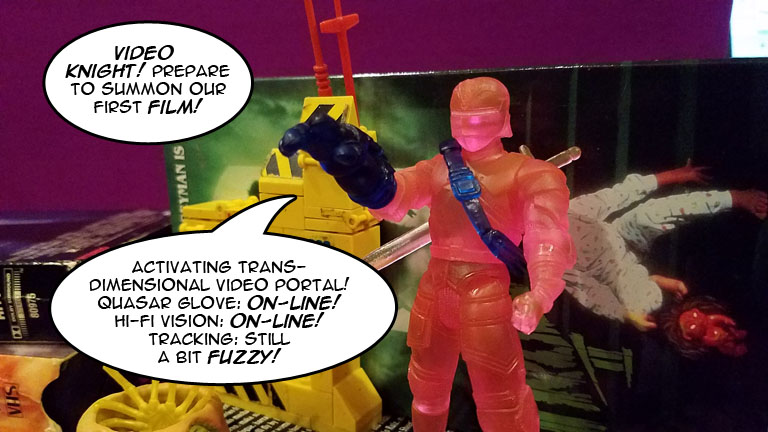 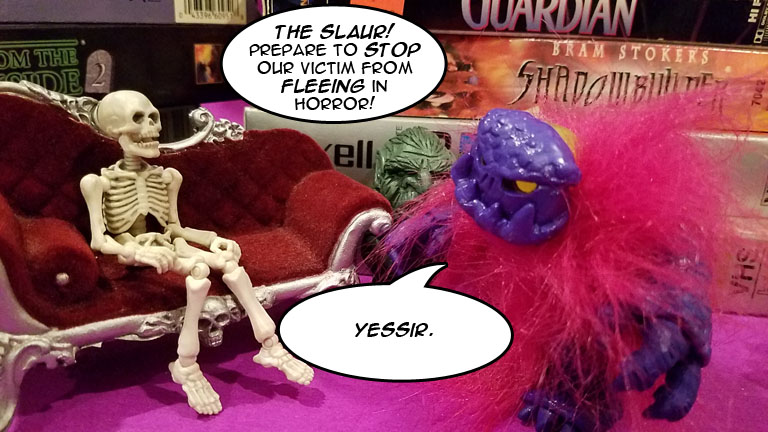 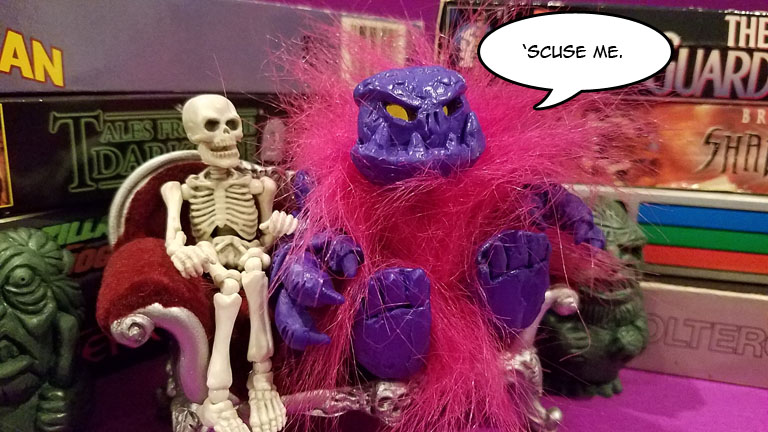 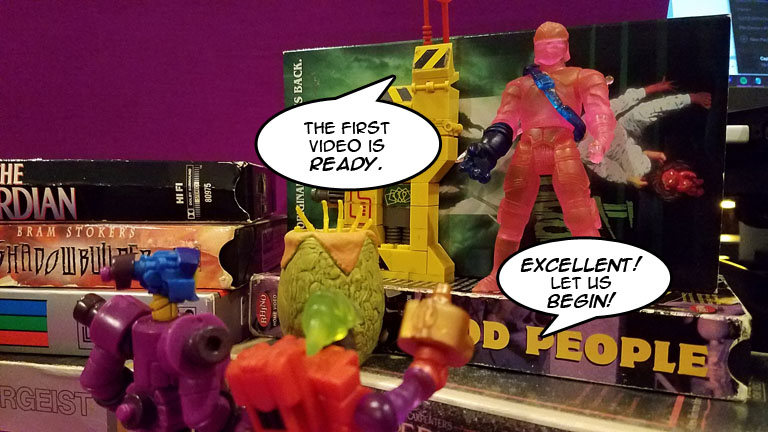 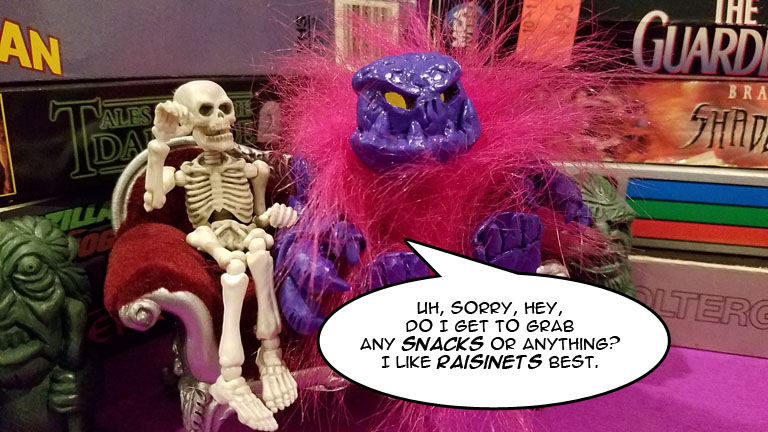 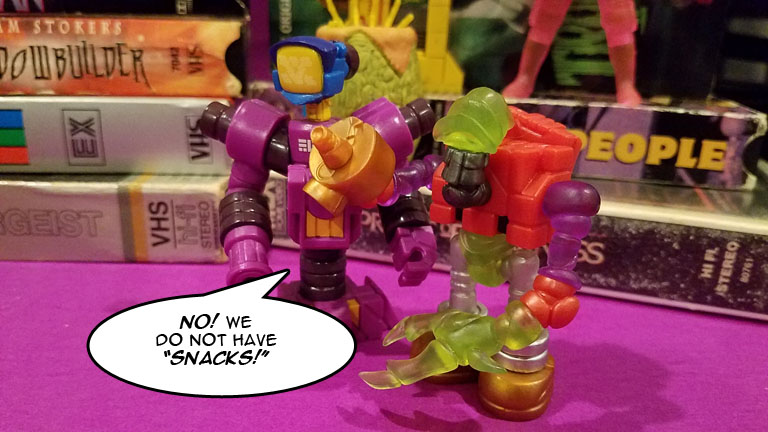 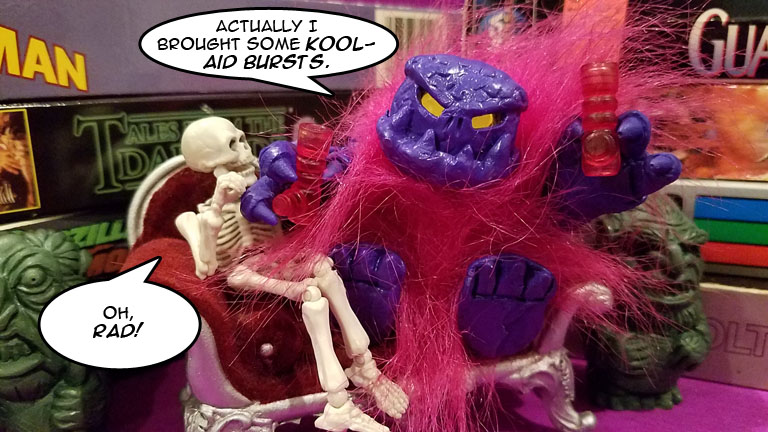 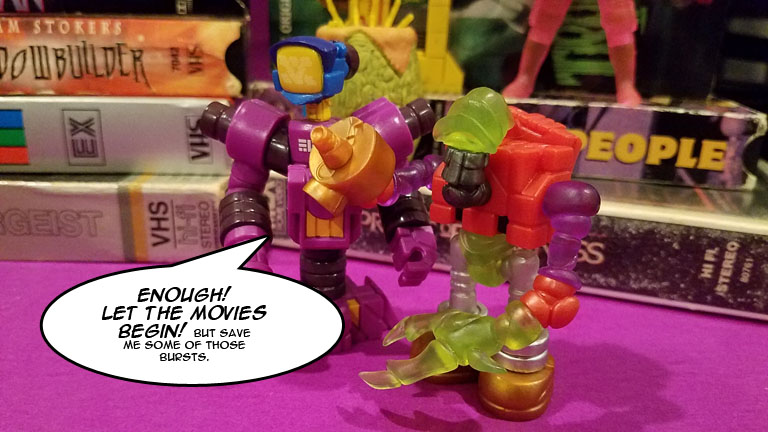 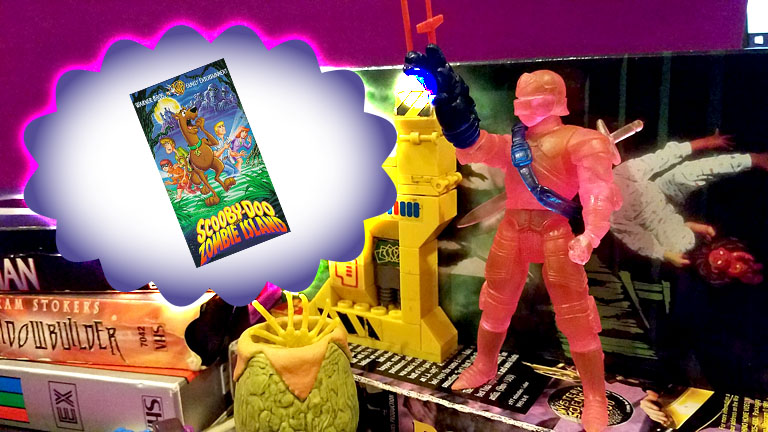 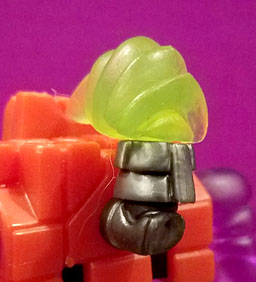 Are...are you sure you did this right?​
Click to expand... 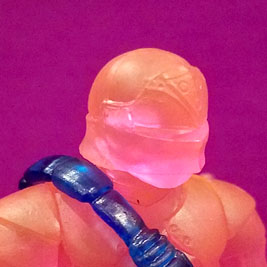 Very well then. Ultrapedia, introduce the film!
Click to expand... 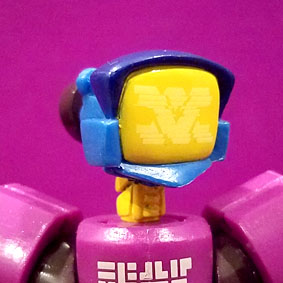 Scooby-Doo on Zombie Island is a 1998 direct-to-video animated comedy horror film based on Hanna-Barbera's Scooby-Doo Saturday-morning cartoons. In the film, Shaggy, Scooby, Fred, Velma, and Daphne reunite after a year-long hiatus from Mystery, Inc. to investigate a bayou island said to be haunted by the ghost of the pirate Morgan Moonscar. The film was directed by Jim Stenstrum, from a screenplay by Glenn Leopold.

Popularity for Scooby-Doo had grown in the 1990s due to reruns aired on Cartoon Network. The channel's parent company, Time Warner, suggested developing a direct-to-video (DTV) film on the property. The team at Hanna-Barbera consisted of many veteran artists and writers. Much of the original voice actors of the series were recast for the film, although Frank Welker returned to voice Fred Jones. It was also the first of four Scooby-Doo direct-to-video films to be animated overseas by Japanese animation studio Mook Animation. Rock bands Third Eye Blind and Skycycle contribute to the soundtrack.

Zombie Island contains a darker tone than most Scooby-Doo productions, and is notable for containing real supernatural creatures rather than people in costumes. The film was released on September 22, 1998, and received positive reviews from critics, who complimented its animation and story. The film is also notable for being the first Scooby production featuring the entire gang (sans Scrappy-Doo) since The New Scooby-Doo Mysteries episode A Halloween Hassle in Dracula’s Castle, which premiered on ABC on October 27, 1984. The film was aided by a $50 million promotional campaign, and sponsorship deals with multiple companies. Sales of the film on VHS were high, and it became the first in a long-running series of DTV Scooby-Doo films.
Click to expand...

Drac's Notes: My relationship with Scooby-Doo sort of begins and ends with the Batman crossover episode from the 1970s. We had that on VHS and my younger brother literally watched it every day. From everything I can glean, Zombie Island represents a highlight in the Scooby Saga, with high-quality animation, a darker tone, and memorable scares. I also haven’t seen it, although I watched some footage and reviews. 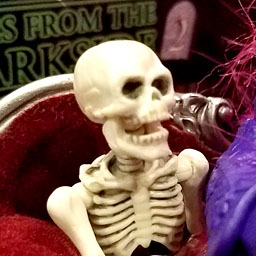 So this is what you consider “horrifying?” Heh! I scoff! This is gonna be easy!
Click to expand...

Glad to have helped get this one on the list! It's easily a high point of the Scooby-Doo oeuvre, right up there with Mystery Incorporated and the one with KISS in it.

Quality start to the list! It did cross my mind when making my list, as it's probably my third-favorite Scooby-Doo thing after Mystery Incorporated and that series of Cartoon Network bumpers where they parodied Blair Witch.

And also that entire show where they hunted for ghosts at the behest of Vincent Price.

Bullshit. How can you watch a good horror movie (or even a bad one) without snacks?

Drac was not kidding about the deep cuts, here. This'll be a lot of fun!

Ultrapedia said:
The film is also notable for being the first Scooby production featuring the entire gang (sans Scrappy-Doo) since The New Scooby-Doo Mysteries episode A Halloween Hassle in Dracula’s Castle, which premiered on ABC on October 27, 1984
Click to expand...

So what was the Hassle in your Castle, Dracula? Or do you not want to talk about it?

We’ll not repeat yesterday’s mistake. The next entry must be scarier! I said this gantlet would be horrifying, not pleasant!
Click to expand...

I have good news. Today’s entry is not only horrifying, but it is a double feature!
Click to expand... 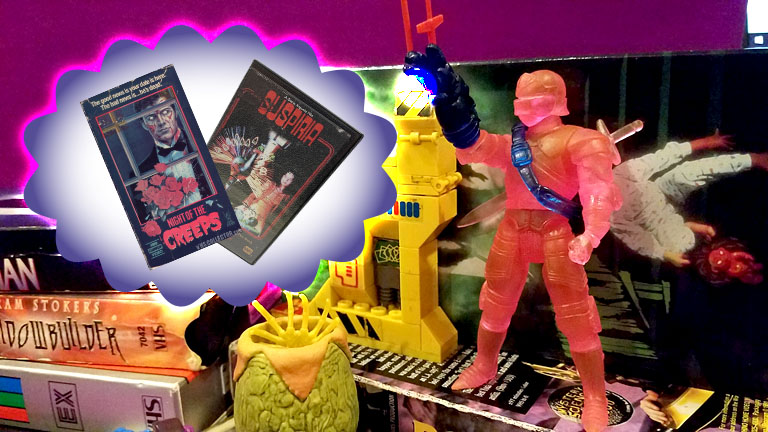 Night of the Creeps is a 1986 American science fiction horror comedy film written and directed by Fred Dekker in his feature directorial debut, starring Jason Lively, Jill Whitlow, and Tom Atkins. The film is an earnest attempt at a B movie and an homage to the genre. While the main plot of the film is related to zombies, the film also mixes in takes on slashers and alien invasion films. Night of the Creeps did not perform well at the box office, but it developed a cult following.
Click to expand...

Suspiria is a 1977 Italian supernatural horror film directed by Dario Argento, who co-wrote the screenplay with Daria Nicolodi, partially based on Thomas De Quincey's 1845 essay Suspiria de Profundis. The film stars Jessica Harper as an American ballet student who transfers to a prestigious dance academy in Germany but realizes, after a series of brutal murders, that the academy is a front for a supernatural conspiracy. It also features Stefania Casini, Flavio Bucci, Miguel Bosé, Alida Valli, Udo Kier and Joan Bennett, in her final film role.

The film is the first of the trilogy Argento refers to as The Three Mothers, which also comprises Inferno (1980) and The Mother of Tears (2007). Suspiria has become one of Argento's most successful feature films, receiving critical acclaim for its visual and stylistic flair, use of vibrant colors and its score by Argento and the progressive rock band Goblin.
Click to expand...

Drac’s Notes: This is a fascinating tie, because these movies are right at about the opposite ends of the spectrum in terms of what they bring to the horror genre, but they’re also two movies that I own on Blu-Ray. Night of the Creeps is a troperiffic maximalist genre pic that features aliens, zombies, brain-sucking leeches, teenage romance, a washed-up cop, and a surprising level of emotional through-line. The scene where the protagonist’s roommate (who is strongly coded as gay, and presented in a non-judgmental and understated way that’s very unusual for an 80s horror film) calls from a boiler room to explain how to kill the brain-leeches -- which are in the process of killing him -- is unexpectedly heartbreaking. It’s also frequently funny, striking a horror/comedy balance that features into many of my personal favorite films. Fred Dekker is a director whose career was sadly cut short by the disastrous Robocop 3, and I will always be sad that this and The Monster Squad are really his only two contributions to the horror genre.

Meanwhile, Suspiria is an aesthetic masterpiece and probably the most famous expression of Dario Argento’s painterly style. Unlike Night of the Creeps, it doesn’t feel connected to any existing horror traditions, and it frequently zigs and zags in ways that make it both an effective horror film and a pleasure to watch. It’s just bursting with bizarre colors, unsettling music and sound, and dread. It’s a wonderful experience that I recommend to any horror fan.

Two movies, huh? Okay first of all, those aliens looked super fake, and I don’t even have a brain, so a brain-sucking leech doesn’t scare me. And what’s Suspiria even about? A witch or something? Y’all gotta try harder than this.
Click to expand...

Two movies I've never seen before and can offer no input on!

Octopus Prime said:
Two movies I've never seen before and can offer no input on!

I always think Night of the Creeps is one of those forgotten MST3K movies from the Joel years
Click to expand...

I can say with certainty that NotC is a very Octo film! Give it a shot sometime!

I watched it on Halloween and its a very Halloween watch. Its also explicitly the inspiration for Slither, which I also need to watch.

Oh, and I sent this to Drac about Suspiria.

A sumptuous feast of color and gore and Dario Argento's best film, Suspiria is a film that is more of an experience than anything. I also love the recent "remake" that is almost perfectly (in all senses of the word) antithetical film but I just love the original's willingness not to follow a lot of conventional logic and instead feel like a bizarre little fairy tale of blood and murder.
Click to expand...

Also, the tagline "The Only Thing More Terrifying Than The Last 12 Minutes Of This Film Are The First 92." is both great and also promising you "sorry, you are in for a let down at the end, I guess.

I've been meaning to watch both Suspirias, and I have both versions available on VOD. For best effect, which should I watch first, the original, or the recent remake?

The original. The remake is more of a springboard to tell a more feminist tale that replaces the crazy colors with a cooler (temperature wise) muted palette that brings to mind Cronenberg.

The original is style focused, so after the remake, it might feel hollow.

#50 would have probably been 50% of my exceedingly small list. the whole soundtrack for ZI is rock solid (pun intended).

I'm going to drop one "I haven't seen this because I don't watch scary movies." Assume it applies to every movie, except the ones that made my list.

Suspiria is so good! It really is a feast for the eyes! If I had access to the old forums I could probably dig up my write up of it. When I was doing 31 days of horror movies in Octobers past.

I haven't watched Suspiria in probably a decade and I don't remember being very taken with it then. I guess my point is that I'm due for a rewatch!

I should probably watch Suspiria. And the Scooby Doo movie.

I've been meaning to watch Suspiria ever since Nich and I watched Yuri Kuma Arashi, an unrelated anime inexplicably set at the school from Suspiria. 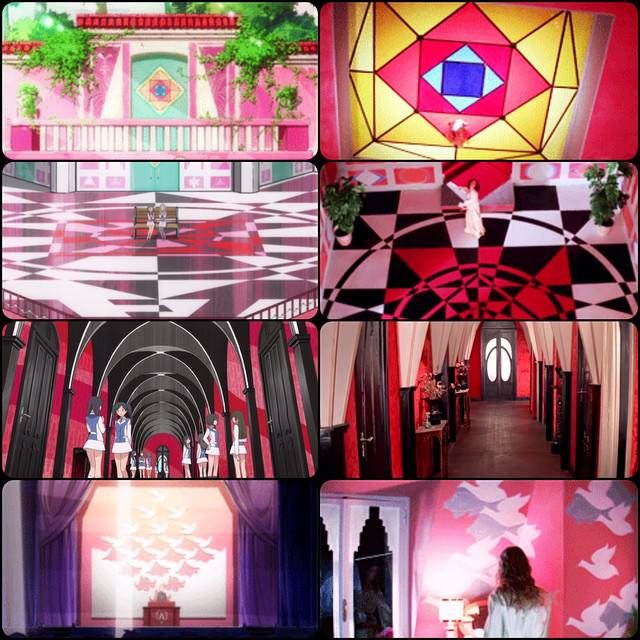 Zef said:
I've been meaning to watch both Suspirias, and I have both versions available on VOD. For best effect, which should I watch first, the original, or the recent remake?
Click to expand...

The original, but both are really good. The endings are... quite different, and I'm not sure the latter works quite as well if you haven't seen the original.

Anyways, I saw the Synapse 4K restoration of Suspiria with Matchstick at Dismember the Alamo in 2017, and boy, do those colors pop in that restoration.

Folks I realized I've already written this week's entries and I have failed to include any of the well-written write-ups I got in my PMs for each list. So feel free to post 'em in here if I get to one of your entries and I'm sorry for overlooking you!


Tegan said:
I've been meaning to watch Suspiria ever since Nich and I watched Yuri Kuma Arashi, an unrelated anime inexplicably set at the school from Suspiria.
Click to expand...

Man, I’m going to have a huge list of movies to watch when this is over.

It's like the inverse of Silent Hill featuring the elementary school from Kindergarten Cop.

Kishi said:
It's like the inverse of Silent Hill featuring the elementary school from Kindergarten Cop.
Click to expand...