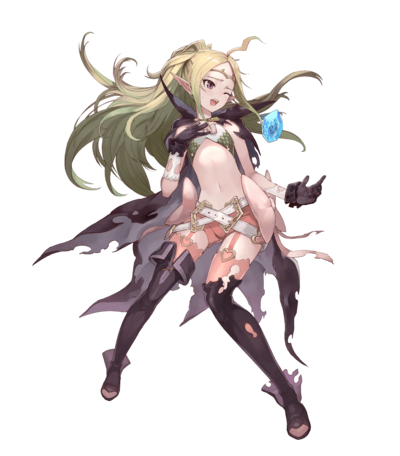 Sure, she looks like a loli, but Nowi is totally a thousand-year-old dragon, so she... 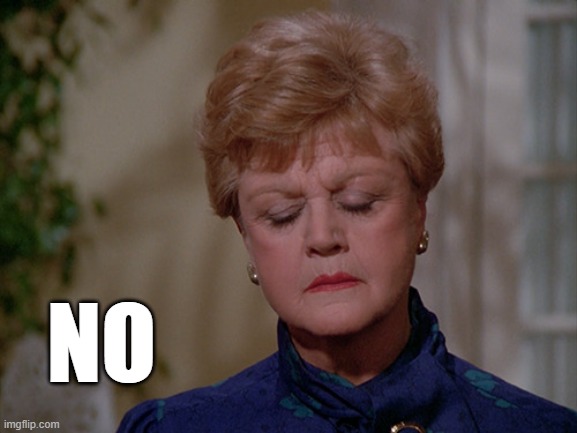 Look there's no time for fancy explanations. She did it. Killed poor President Johnny to try to sneak onto the list. Clear as day. Off to dragon jail with her, now, officers.

The real 1000 year old children are the corpses we made along the way. 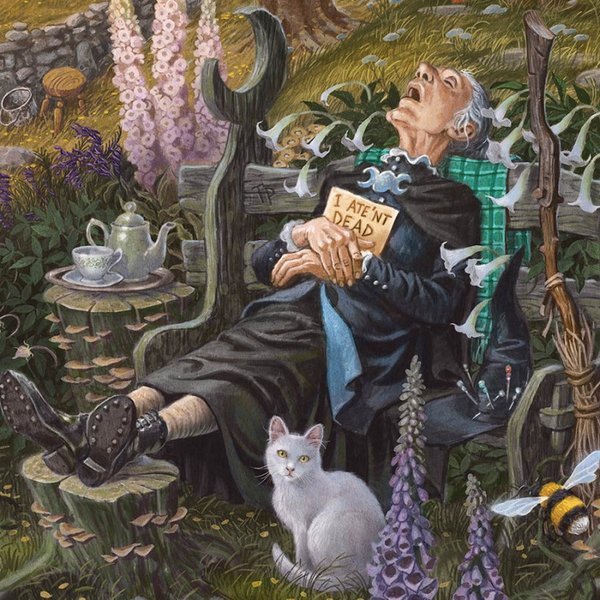 Also known by the Troll name Aaoograha hoa ("She Who Must Be Avoided"), Dwarf name K'ez'rek d'b'duz ("Go Around the Other Side of the Mountain") and Nac Mac Feegle name The Hag O' Hags ("The High Hag,"), Esme Weatherwax is widely acknowledged as the greatest witch on the Disc. She lived in the village of Bad Ass within the kingdom of Lancre, and took both under her protection, in addition to anywhere else she happened to be. She referred to her personal brand of witchcraft as "headology" rather than magic, in that it mostly consisted simply of knowing things that most people don't know, and the particular knowledge that what people believe becomes what is real for them. She wields a quick temper, a sharp tongue, and a stern gaze, but generally uses them in defense of those who need it, and has faced down many evils be they monstrous, magical, or human.

She also has her own Still and apparently makes a mean triple-distilled white mountain peach brandy.


Lokii said:
Cantankerous fount of practical wisdom. Grandmaster of both witchery and headology. A wonderful character for the ages.
Click to expand...

Oh that’s right. You guys like Discworld a lot. Some day I’ll read these I swear

Yeah, after looking over the list and saw Nanny, but not Granny, it was to be expected. I forgot in my first draft, and added her and Nanny after the deadline, which was the reason why they were only at place 8 and 9 - or maybe they are, but I wanted this to make it as low-effort as possible, at that point.

So, thanks for doing the list, Kirin, and for taking my way-too-late lists.

I don't know, if I love Granny more than old Toph, so no idea who would have been number 1. Still, both are great, with Granny being my favourite Discworld character. I'd love to write more, but nothing comes to mind at the moment. Maybe later.

JWTS thanks to everyone who participated in this list, be it by voting, commenting, or both. It was a very last-minute idea which, combined with work and the holidays, meant I didn't have time for fancy frame stories or super in-depth write-ups, but we still highlighted a massively under-represented demographic. I was definitely introduced to some new cool characters to check out, and I hope you all were too.

WisteriaHysteria said:
Oh that’s right. You guys like Discworld a lot. Some day I’ll read these I swear

Agreed on both counts! Thank your partner again for coming up with this idea and thank you for running it.

I totally forgot about Granny Weatherwax, though I did read Equal Rites a few years ago and I remember it being good.

BUT, I am shocked that Tenar from the Earthsea series didn't show up at all. I looked over my list last week and when I saw that she hadn't shown up yet I figured she'd land in the top 5 or so. Maybe Earthsea isn't as popular as I thought?

Still, that was a great list and a nice change of pace. Thanks for running it, Kirin!

Staff member
Moderator
Having "Granny" in your character's name is a marked advantage for this list.

There are times when I think about reading Discworld, and then I remember that it's got fifty books and everyone recommends reading them out of order, and I give up before I start.

Mogri said:
Having "Granny" in your character's name is a marked advantage for this list.
Click to expand...

Counting "Granny", "Grandma", and "Gran'ma" together - four in the top 50, seven more in the lower votes.

Here's the full results for the curious, including number of votes and score:

Definitely was an interesting list. Thanks for running it, Kirin (and thanks to your partner for the theme).

After creating my list I realized that I had forgotten about the Goketsuji sisters and their mother from the Power Instinct fighting game series. Glad to see someone remembered them.

Patrick said:
I totally forgot about Granny Weatherwax, though I did read Equal Rites a few years ago and I remember it being good.
Click to expand...

If you liked Equal Rites, you REALLY should try out the later Witches novels (and general the later Discworld books), they only get better. Especially Granny in Equal Rites is not really worked out, she is more of a mix of Nanny and Granny in there.

Just a suggestion, of course. But I think you would like the later books.


Mogri said:
There are times when I think about reading Discworld, and then I remember that it's got fifty books and everyone recommends reading them out of order, and I give up before I start.
Click to expand...

It's not a classical series, more a world that you learn more about with these 50 books. No need to read them in order - actually, starting in the middle is likely a better choice. And you can start ANYWHERE. They are all standalone (except, funnily enough, the second book), and you can choose any single one you want.

This was fun! Thank you, Kirin, for running it.

My list of ladies, which includes a lot of characters from plays and musicals (there are a lot more roles for older women there, IMO!):

Coincidentally just saw this one the twitters...

Thanks for running this, Kirin!

This was a fascinating and eye-opening list Kirin! Thank you so much for running it!

1. Landlady (Kung Fu Hustle)
2. Gran’ma Ben (Bone)
3. Violet Crowley, the Dowager Countess (Downton Abbey)
4. Lucille Bluth (Arrested Development)
5. Mona Simpson (the Simpsons)
6. Yzma (The Emperor’s New Groove)
7. Baba Yaga (fairy tales)
8. Molly Grue (The Last Unicorn) - I never read the book but I saw the movie long ago and I remember it being a sort of sad character who seems like she was supposed to be the heroine princess of an old fairy tale who waited for a prince to save her and it never happened. Fascinating, melancholy character
9. Eleanor Iselin (The Manchurian Candidate) - I actually thought I took her off my list, because looking her up, I think the character might be in her 40s. She always read as older to me, though. Still, great, chilling role from Angela Lansbury
10. Granny Goodness (DC Comics)
11. Sophia Petrillo (The Golden Girls)
12. Jessica Fletcher (Murder She Wrote)
13. Aunt May (Marvel Comics)
14. Lucille "2" Austero (Arrested Development)
15. Madam Mim (The Sword and the Stone)
16. Mrs. Hudson (Sherlock Holmes) - Mostly from the TV series Sherlock. But it is an overall use of the character.
17. Lazy Susan (Gravity Falls) - Mostly because I often quote "Amirite? *thinks carefully* Am I right?"
18. Rose (The Golden Girls)
19. Maude Chrardin (Harold and Maude) - Harold and Maude is a very 60s movie for better and worse but Maude is the best thing about it, an Earthy old woman who is completely in touch with her era.
20. Laurie Strode (Halloween 2018) - It's a shame Halloween Kills is by all accounts not good because I did enjoy the previous film. Jamie Lee Curtis brings her A-game, a sort of aging take on Sarah Connor and one that feels a lot sadder.
21. Granny (Looney Tunes)
22. Tsubone (Hunter x Hunter)
23. Mombi (the Oz books) - Mostly I remember the anime version when I was growing up. She is an interesting character in that and I feel like Tips' story holds up as a trans allegory of escaping toxic parentage to realize who you really are.
24. Soos’ Abuelita (Gravity Falls)
25. Dorothy (The Golden Girls)

And if you would, please take part in the next list, top 50 actors! The deadline is coming!

Johnny Unusual said:
16. Mrs. Hudson (Sherlock Holmes) - Mostly from the TV series Sherlock. But it is an overall use of the character.
Click to expand...

Aw, she was one of my last cuts!

The very last cut of mine and really wish I had kept her in, bah. Sorry to whomever else listed her!

Anyway, here's mine and I am still mad so many people forgot Yzma: