Arrested Development is a show that's aged weird. A lot of it does poorly, sadly and for a show mocking the uselessness of the rich, it punches down a little too much. But it's a show with brilliant joke construction that manages to play a long, intricate game with some stellar pay-offs. And it manages to create a cast of shits and make us pity them because despite their power, they are all so pathetic and insecure. Even Lucille, probably the most evil and manipulative of the Bluths often has moments of pathos, even if not of learning (the best example is manipulating her family into forgiving her manipulation, albeit in a way where I feel her upsetness is genuine if completely played up for the occasion so she doesn't need to bother introspecting anymore).

Also a great humanizing element is her pure, childlike joy at...

Lucille is incredible, just such a fun character. Absolutely diabolical, it's just aces to watch her do her thing. She's so mean and evil and cruel, it makes the rest of the family seem sympathetic, if only because you can go, "Woof, you really didn't stand much of a chance with her as a mom." She is 100% the perfect embodiment of the Old Money Matriarch, and it's fun to watch her get her comeuppance as a result. Only thing better than Lucille in her show is Lucille 2. 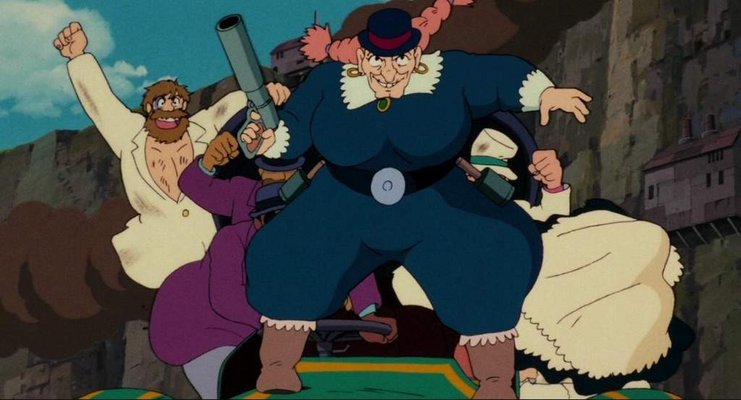 When we first meet Dola, it looks like she's the just the ringleader of a band of air pirates out for nothing but treasure, as they attack a government airship and endanger a young girl's life in the crossfire. But it turns out soon enough that the government agents are corrupt and traitorous and Dola, while *absolutely* an air pirate out for treasure, actually knows a good deal about what's going on and cares about the state of the world and the safety of innocents in addition to getting rich - becoming our young heroes' greatest ally as they attempt to survive and prevent a vicious former royal from getting the key to the world's most destructive power. She captains her small ship, crewed by her own family, with a carefully calibrated blend of strict discipline and love. She's a dangerous, crafty, resourceful fighter and strategist with a soft spot a mile wide.

Cloris Leachman, who leant her voice to the 1998 Disney dub of Dola, is yet another legendary actress we lost in 2021, at the age of 94. She acted alongside list-mate Betty White on The Mary Tyler Moore Show, as well as other TV roles too numerous to mention which netted her a record-setting nine Emmy Awards.


Lokii said:
Lovable, vicious, legendary. She keeps a grenade in her brassiere.
Click to expand...

Love this character's arc in Laputa. Just an exquisite, complex and amazing woman and was the first I thought of for this list.

It’s so good they based every video game ever made off of it.

You gotta get on that, VV. I feel the way about Laputa that most ppl out West feel about Spirited Away. It’s a tremendous film. And Dola is a big part of it.

WisteriaHysteria said:
You gotta get on that, VV. I feel the way about Laputa that most ppl out West feel about Spirited Away. It’s a tremendous film. And Dola is a big part of it.
Click to expand...

Oh definitely will, this sounds like a cool character and it looks like it's the first Ghibli film which is extremely interesting.

I'm kinda weird about Ghibli in that I actively don't like Spirited Away or Howl's Moving Castle. But The Wind Rises is brilliance and speaks to me and it definitely seems like I'm very rare for liking it so much.

Laputa is so much fun, the dstillation of adventure in Anime form. I'm not as big of a Ghibli fan asmost people, but this one is, besides Pom Poko, probably my favourite. 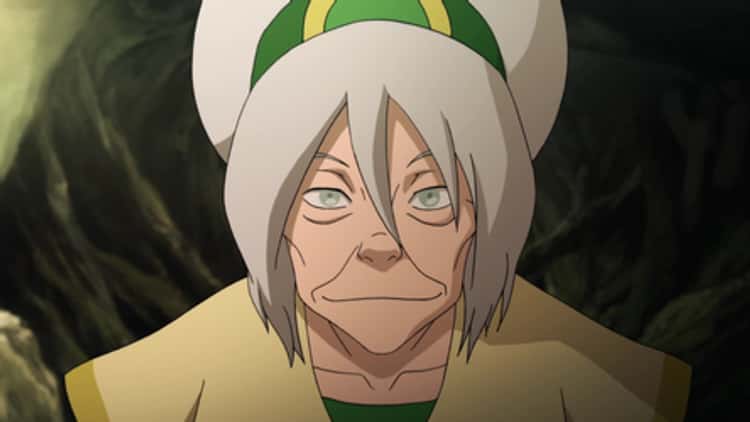 Toph was undoubtedly the greatest earthbender of her age, and single-handedly discovered and refined the art of metalbending, helping advance the technological and industrial level of the entire world of the Avatar. She taught and advised two Avatars, Aang when she was still a child, and Korra in her old age. She played an important part in the defeat of Fire Lord Ozai, ending the hundred year war, and later helped Korra rebuild herself from a deep depression when she'd been disabled my a metallic poison.

Personality-wise, Toph is confident and brash, seldom afraid to say what she's thinking. As a child she was smothered by overprotective parents who refused to believe she could overcome her blindness and be self-sufficient, to the point where her dad even hired thugs to capture her after she left with the avatar. This family dysfunction carried over to her later life, where she was estranged from her two daughters. She often had difficulty reaching out to people even when she truly loved them.


JBear said:
Advanced age did little to dim the spirit of this kick-ass blind lady, who shows up to mentor another generation of avatar.
Click to expand...

Bylgakov said:
Still sassy even at the end of her life, Toph knows who she is and has no problem showing that identity to the world.
Click to expand...

I really need to watch these sometime

Issun said:
I really need to watch these sometime
Click to expand...

They're entertaining shows, but don't let years of hype calibrate your expectations if you want to get the most out of 'em. 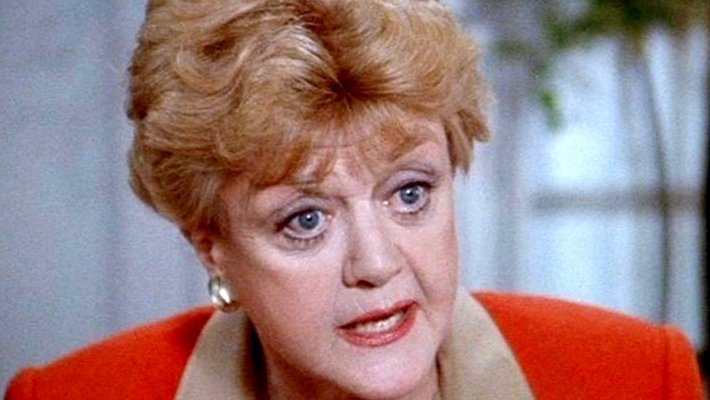 Often appearing on lists of the top TV characters of all time, Jessica Fletcher is a best-selling author of mystery novels, an English teacher, a criminology professor, and a congresswoman, but most of all an amateur detective who loves to solve crimes in her home town of Cabot Cove, Maine. Indeed, the small town suffers from so many murders it would have one of the highest per-capita crime rates in the world, leading some to speculate that Mrs Fletcher herself may somehow attract mayhem... or maybe she's just lucky to have an active hobby. She occasionally ventures farther afield as well, renting a flat in New York for a while, and once working on a case in Hawaii with Magnum P.I.

The series was a sensation on TV and ran for twelve seasons and four movies. Angela Lansbury won numerous awards for her portrayal, and gained a record for the most Golden Globe nominations and wins and the most Emmy nominations for the lead actress in a drama. There's also a point-and-click adventure game for PCs based on it released in 2009.

The title of the show is directly inspired by "Murder, She Said", a film adaptation of Agatha Christie's novel 4:50 From Paddington starring earlier list character Miss Marple.

Violentvixen said:
Mystery novels aren't my thing, but my understanding is that she encapsulates tons of the "older lady solving crimes" tropes. I haven't seen this show in years but have so many fond memories of it.
Click to expand...

JBear said:
Everyone's favourite Maine-based authour. *puts fingers in ears* A mystery writer who solves real-life murders in her spare time, of which there seem to be an inordinate number in her sleepy seaside town of Cabot Cove. I absolutely loved this show as a child. I never tried going back to it as an adult, but I bet I'd still have fun if I did.
Click to expand...

This is a crime I can never atone for. Can't hide it, either, as Ms. Fletcher would easily find me out.

Yeah, I would be extremely surprised if that character wouldn't appear, at all.

Issun said:
#1 is heck of obvious now.
Click to expand...

Not to me. Happy about it, though. A sense of mystery until tomorrow.

If Johnny doesn't get killed mysteriously tonight so that Jessica Fletcher has to interrupt our list to solve this case, Kirin's running the list wrong. 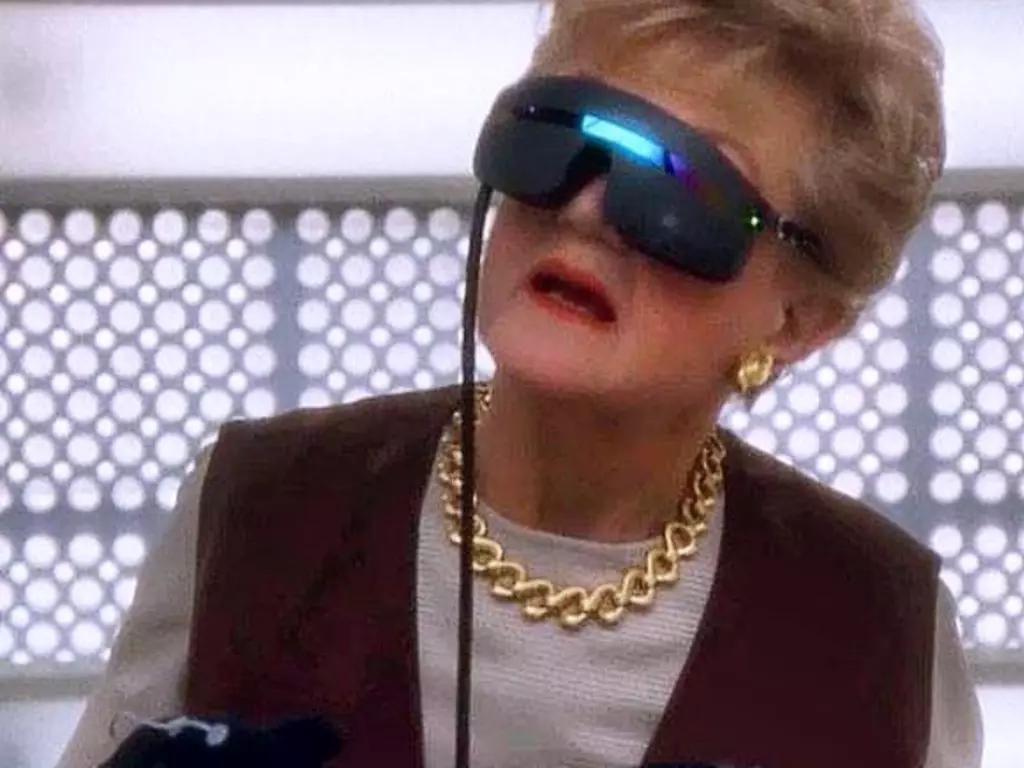 No more context please. It will ruin the beauty.

Which episode is this? Looks intriguing. I have never seen anything from her, so, need to correct that anyway.

The only thing you need to watch that has Angela Lansbury in it is Bed Knobs and Broomsticks.

Murder She Wrote is a distant second to watch...

Johnny Unusual said:
Not to me. Happy about it, though. A sense of mystery until tomorrow.
Click to expand...

I'm in the same boat. I had Jessica Fletcher on my list but absolutely did not expect her to be #2. I have several other high ones on my list that haven't shown up but I really wouldn't have expected them to come in at #1. Maybe Ursula from The Little Mermaid but even when I put her in I wasn't sure if she was old enough. I'm very curious.

Falselogic said:
The only thing you need to watch that has Angela Lansbury in it is Bed Knobs and Broomsticks.
Click to expand...

I will not hear of this. She is amazing in the Manchurian Candidate. One of the great villains.

Staff member
Moderator
She originated the role of Mrs Lovett in Sweeney Todd!!

Lokii said:
She originated the role of Mrs Lovett in Sweeney Todd!!
Click to expand... 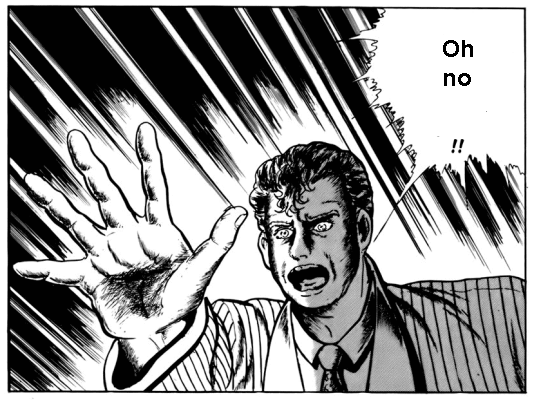 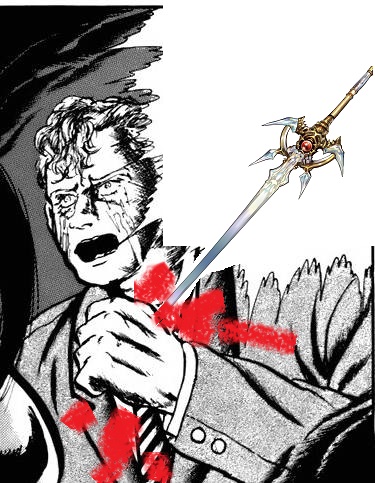 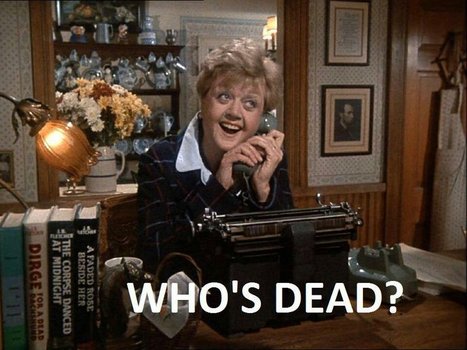 Love it. Thank you. The list can end now.