Congorilla is DC, but his origins as a human (William "Congo Bill" Glenmorgan) that eventually was cursed/blessed with the ability to become a mildly superpowered gorilla is very similar to Marvel's Kenneth Hale aka Gorilla-Man. Gorgilla was, of course, originally Big Foot, but was mutated into his current incarnation where, because he accidentally time traveled and saved Abraham Lincoln, he became president.

On a sidenote, CW shows are absolutely following the wrong superheroes.

Speaking of CW shows I've been able to watch along Season 6 of Supergirl instead of waiting for it to hit Netflix a year later thanks to my provider's On Demand feature, as long as I watch within a couple weeks I won't miss any.

The start of Season 6 really showed where production was strained due to the pandemic, that big battle in the Fortress with Lex had so many wonky effect shots.

Though I admire them sticking with the main hook for Season 6 (thus far) and not abandoning it immediately, though I guess it helped that said hook was clearly designed around their lead having a limited shooting schedule due to maternity leave. I am looking forward to Kara getting out of the Phantom Zone, but seeing the team deal with her extended absence has been pretty good so far. But I think one big missed opportunity is not seeing how the world, or at least the city, are dealing with her conspicuous absence. Andrea made one comment about Supergirl being certain to save the day as always, but otherwise no one else seems to have noticed that she's gone, or we're just not focusing on it yet. I guess that story thread will get some screentime once Lex re-emerges to do more Lexing.

I have mixed feelings with the second episode and Lex's trial, since it seems horribly botched (the entire conviction rested on Eve's testimony? There was no other evidence to be found? Between all the Superfriends they couldn't dig up anything they could use in court???) and I get the feeling the writers thought they were being clever with his aquittal and the real world parallels but it was honestly just frustrating.

Next week is time travel shenanigans for poorly explained reasons, but it should be a fun romp nevertheless.

gogglebob said:
Congorilla is DC, but his origins as a human (William "Congo Bill" Glenmorgan) that eventually was cursed/blessed with the ability to become a mildly superpowered gorilla is very similar to Marvel's Kenneth Hale aka Gorilla-Man. Gorgilla was, of course, originally Big Foot, but was mutated into his current incarnation where, because he accidentally time traveled and saved Abraham Lincoln, he became president.

On a sidenote, CW shows are absolutely following the wrong superheroes.
Click to expand...

The wiki lists his occupation as “Window Washer/Jungle God”

This week's Supergirl, they're going back in time to the distant past of 2009, where everything is weird and different and alien b/c it's so far in the past and I want to vomit.

I watched the new DC animated film Justice Society: World War II and it was uh, not bad. There isn't a lot of substance to this one, just Flash doing a Flashpointy thing again but this time visiting the Justice Society so he can punch a bunch of Nazis. Punching Nazis in the face, it turns out, is always a good time.

Meanwhile in the fun corner of DCTV

Just the preview image is everything I need

What the fuck did I just watch? That looked like ten different shows at once.

Legends takes the design philosophy of, "You can't accuse us of jumping the shark if we keep jumping bigger sharks every next episode!"

Is the shark being jumped over doing anything, itself?

It’s suspended over another shark

That's in a clown car filled with a dozen other sharks

Several are barracuda disguised in a shark suit

But it hasn't jumped King Shark because he's exclusive to the movies...

Could have sworn King Shark was on Flash or something years ago.

The best way I can describe Legends of Tomorrow is this: Jeanie said:
Could have sworn King Shark was on Flash or something years ago.
Click to expand...

Yeah, King Shark showed up a few times on the Flash.

He would make a great Legend, but if they can't afford to shrink Brandon Routh (we hardly knew ye) more than 3 times a season, there's no way they can afford a CGI shark.

I enjoyed Supergirl this week, the whole time travel plot was a nice break from the dangers of ScarySpace, though I dunno that this needed to be a two parter.

Also goddamn did they luck out on the casting for young Kara and Alex, Kara especially. Her resemblance to Benoist is downright uncanny. Instead of doing this ScarySpace plot they could have just contrived a situation where Kara was de-aged for a bit (I know there's a bunch of colors of kryptonite that do silly things, is there one that does that? Sounds like something Lex would have had) to get around Benoist's mat leave and I don't think anyone would have blinked an eye.

I mean it's better than the explanation that they had to make this trip to get Kara's DNA, which for some reason there is just no trace of in their time now. (I mean I know she's empowered by the yellow sun and all but surely her skin still sheds and her hair still breaks????)

But this episode also just confirmed how well I think Nia and Brainy work together and I think I'll especially miss them once this season wraps. Can they be Legends? They should be adopted by the Legends. I don't think that show has even had any Supergirl representation anyway so they'd be perfect.

Lex is perhaps the only character in the show who is more fun, but he’s also so inextricably linked to Supes that he can’t really work on Legends

SpoonyBard said:
I know there's a bunch of colors of kryptonite that do silly things, is there one that does that?
Click to expand...

Actually Red does *anything* you want it to do - it has random effects. Can't do the same thing twice, but hey, loopholes. I was created to justify anything they wanted to do without having to worry about creating a new Plot Catalyst every other month.

There was that time in the comics when Red Kryptonite turned Krypto the Super Dog into Lassie. And, oh yeah, Krypto-Lassie was pregnant, and had puppies. So, ya know, de-aging is not off the table.

Lex is perhaps the only character in the show who is more fun, but he’s also so inextricably linked to Supes that he can’t really work on Legends
Click to expand...

That's the one thing the Marvel universe really has over DC. Most of the bigger villains can terrorize someone else's book, not just their nemeses'. Iron Man can go up against Doom and Thor can fight the Mole Man or Magneto can (not often, but sometimes) decide to antagonize the Avengers, but I can't even think of a time Luthor fought Batman (Batman Batman, not Bruce Wayne) or Diana had to deal with R'as Al Ghul.

The DC TV shows should feel more at liberty to experiment that way, honestly. Connect the universe much more thoroughly. In fact, I thought that was what Legends intended?

That's never been my experience with DC comics. In fact, it's quite often the opposite, where I wish there would be less crossovers because crossovers happen so often and they often interrupt the flow of stories when you have to take a pause from whatever long story is happening to do a crossover, then after that crossover and the status quo has changed, that original story gets scraped or altered irrevocably.

There's also a LOT of villain crossovers, but they're usually limited in ways that make sense for the setting and corresponding power levels. You're rarely going to see Superman fight the Penguin, because it would be boring to have Supes spot him from orbit with X-Ray vision, then swoop down, pick him up, then deliver him to immediately Iron Heights. But what you are very likely to get, is Mongul and War World square off against the Green Lantern Corp, because galactic threats and enormous power levels of Superman villains are a good fit for the GLC.

Speaking of the Green Lantern Corp, looks like we've got a Guy Gardner now. 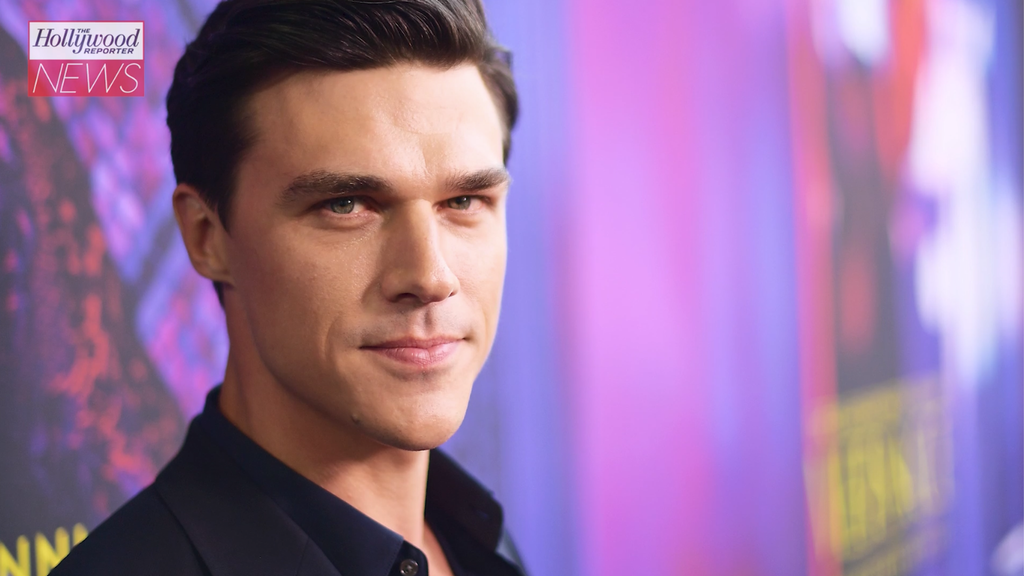 Finn Wittrock to Star in 'Green Lantern' on HBO Max

"a hulking mass of masculinity, and, as rendered in the comics, an embodiment of 1980s hyper-patriotism. And yet, Guy is somehow likable."
Click to expand...

That is a good description.

Maybe, but I will never like a University of Michigan fan.

Like many details of Guy Gardner's character, being a Michigan fan/alum is something that makes him both more hateable and more perfect as a character.

Man, I really want to read some comics. Is JLI on the DC Universe app.

I flipped through some Green Lantern comics this weekend. The most important thing about getting Guy Gardner right on screen is that his Green Lantern costume has a popped collar, the intergalactic sign of douchebaggery. No other GL has a collar at all, but Guy changes his uniform to have one just so he can pop it.

Guy is not close to being the best GL, but he is definitely the most fun. I hope the show updates itself a bit and talks about how 1) they’re Space Cops with dubious legal jurisdictions, 2) Guy is an actual cop who is exactly the kind of guy who would fly a thin blue line flag nowadays, and 3) that the GLC historically was a nonviolent, pacifist organization before modern times and Geoff Johns came along.

“Being an Avenger is stupid. The goal is to prevent death, I’m a Preventer. You wanna join The Preventers, Sparty?”