So word is there's a looming pepperoni shortage. While I do love the stuff, I'm not sure it's as dominant a topping these days. Think the impact will be major?
Last edited: Aug 21, 2020

A few days ago, I had a pizza with prosciutto, pepperoni, and cherry peppers.

I've heard that pretty soon there will be a Pizza Hut shortage as well.

I love pizza, but I could go the rest of my life without ever eating pepperoni again.

The Hut's biggest issue is they never truly embraced delivery. I could name several chains and mom and pop places all round my nearest PH that DO deliver to my address.

Hot take incoming: I think pepperoni might be the single worst topping on a pizza ever conceived. There are so many protein options to put on top of a pizza, yet why did pepperoni make the cut as THE common default? It's not that it tastes bad, it's kinda whatever. But it creates lakes of gross oil on top of pizzas like nothing else. And that oil permeates the pizza so that it dulls most of the other flavors and toppings rather than accentuating them. If you like the flavor kick and addition of heat, you could just use red pepper flakes instead, and season to taste. The only worse topping to me is anchovies, and that's not because anchovies are inherently bad, but because most teenagers slapping pies together for minimum wage don't know you have to prep the anchovies first cleanse them of the brine they're stored in.

For some that oil is a feature, not a flaw.

Oh for sure. Everyone likes their pie differently. I just, in general, am not a fan of overly messy foods. And too much of that oil can be the difference between horrible indigestion or not.

No that's fine and it feeds back into my earlier question. While I do loves me some pepperoni, I don't think it's going be as much of a dealbreaker as the hype makes out.

I think like 30 years ago there might have been pandemonium, especially in slower news cycles. But these days people's pizza options are so broad, and we're all so used to so many different types of toppings that it probably won't affect much. I mean, the other day I had a tandoori pizza. 30 years ago I didn't even know what tandoori was!

Not to mention beef pepperoni is a perfectly fine substitute.

I love pepperoni in general, and I do like the slight spiciness, but red pepper flakes are a BIG no-no for me. I like cold pepperoni in salads and on subs, but when you get them crisped just so on a pizza, it's divine.

I also love it when it comes in the little cubes, but sadly, those seem mostly relegated to the school cafeterias of my youth, microwave pizzas, and Pizza Pops.

Oh, and anchovies are great on pizza, if done right.

LBD_Nytetrayn said:
I also love it when it comes in the little cubes, but sadly, those seem mostly relegated to the school cafeterias of my youth, microwave pizzas, and Pizza Pops.
Click to expand...

It looks like there are other ways to get that but it's not very common at pizza places (first google search results): 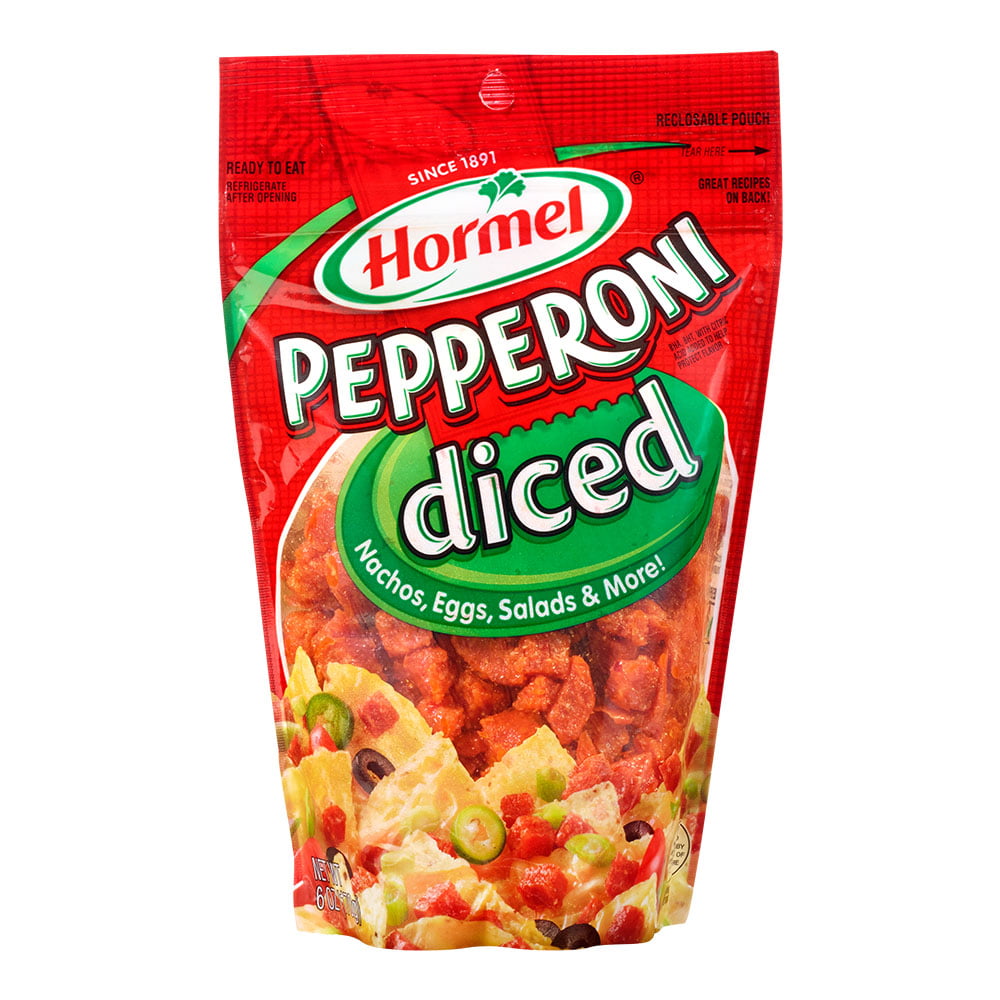 Oh, little cube pepperoni is actually really good. One of my biggest complaints about pepperoni is that it's usually too much pepperoni. Like damn, you layer the pizza so that you can't even see cheese anymore, and the pizza box is actually dripping with oil onto your car seat or counter top. Tiny cubes spread sparingly on top is just enough to alter the flavor profile and add a little spice, while not overwhelming the pizza with grease and pepperoni-flavor.

Also seconding anchovies, "if done right" as a big if. Which means you basically have to do it yourself. I wonder if there's better fish-protein to put on pizza. I feel like that's an underappreciated/seldom explored frontier of pizza. Or maybe I'm just not adventurous enough to ever see them. Hard to say!

Staff member
Moderator
Hey I got some pizza last night (itallian sausage black olives banana peppers) but it was too big and now I have three slices to eat at lunch.

Please, pizza aficionados, what is the best method for reheating it?

Lokii said:
Hey I got some pizza last night (itallian sausage black olives banana peppers) but it was too big and now I have three slices to eat at lunch.
Click to expand...

Sounds like it's time to recreate the first world problems thread!


Lokii said:
Please, pizza aficionados, what is the best method for reheating it?
Click to expand...

Staff member
Moderator
Well I just threw it in the oven. It's alright I guess. :\

It depends on what sort of pizza you’re eating. A lot of pizza is great cold, but some types lose a lot in the fridge.

if you are going to reheat pizza, use a pan with a lid.

I got a pizza from a local place with caramelized onion jam sauce, mozzarella and goat cheese, and balsamic drizzled on top. Delicious.

You gotta reheat your pizza in the microwave, so that you really taste the regret

Kirin said:
I got a pizza from a local place with caramelized onion jam sauce, mozzarella and goat cheese, and balsamic drizzled on top. Delicious.
Click to expand...

This sounds pretty close to the best pizza I've ever had; a holy grail that I've been chasing ever since.

Staff member
I moved back to the side of town where the pizza place I like delivers! Well. One of them, anyway.

Their garlic knots seem to have lost something, though.

Patrick said:
It depends on what sort of pizza you’re eating. A lot of pizza is great cold, but some types lose a lot in the fridge.

if you are going to reheat pizza, use a pan with a lid.
Click to expand...

I like to preheat my oven to 350-400 and reheat the pizza for 10 minutes on a baking sheet or whatnot. If the cheese hasn't melted enough I put it under the broiler for 1 minute. Some pizzas do fare better under this process than others but I usually find it to be sufficient for my needs.


Kirin said:
I got a pizza from a local place with caramelized onion jam sauce, mozzarella and goat cheese, and balsamic drizzled on top. Delicious.
Click to expand...

That does sound good. But I wonder if it would be better with feta.

Eh, maybe it's just the ones we have here, but pizza bites/rolls (assuming they're the same thing) seem more like sauce pouches. Not enough cheese or pepperoni to really appreciate.


WisteriaHysteria said:
Also seconding anchovies, "if done right" as a big if. Which means you basically have to do it yourself.
Click to expand...

Either I'm lucky, and my Dominos does it right, or they do it well enough for me, and I have something to look forward to now.

Main thing is getting it chopped up, and pairing it with pineapple.

Torzelbaum said:
That does sound good. But I wonder if it would be better with feta.
Click to expand...

I don't. Goat cheese is the ultimate pizza cheese. All of my favourite pizzas have generous servings of it.

DID YOU KNOW that it's actually not very hard to make really, really good pizza at home? You really only need three things: crust, sauce and toppings. Well, and an oven, I guess.

CRUST: Roberta's pizza dough is internet-famous and for frickin' good reason. It's surprisingly easy to make and incredibly stretchy and it tastes delicious. The only weird ingredient you need is type 00 flour, which I can get at my local chain grocery story, so it isn't all that rare. Use a scale to measure out your amounts if possible. I tend to prepare it the night before and let it rise in the fridge, but you can make it same-day if you give it about 4 hours to rise at room temperature. It can be a bit tricky to manipulate at first, but you'll get it (and it'll taste great even if you put some holes in it). There's even an instructional video you can follow:


SAUCE: There are probably a million ways to make sauce, but I like this simple recipe from YouTube superstar Babish. You might have to hunt around a bit for San Marzano tomatoes, but they're worth the effort - they have a lot less water than most tomatoes and a really nice flavor. The sauce has to simmer for about 45 minutes but it's very low effort so you can just do that while you're doing the dishes or watching runs on GDQ (usually both at the same time, in my case). This recipe makes enough for about 8 12" pizzas, so I often freeze the extra sauce in small containers and dole it out 2 pizzas at a time. Makes your next pizza night even easier!

TOPPINGS: I mean this can be literally anything you want, but personally I like cheese, one or two meats and black olives. If pepperoni isn't your thing, try some different types of salami or ham. There's an Italian charcuterie package they sell at my local grocery store that I like a lot, it's a mix of serrano ham, chorizo and salami and that means I get to makes three different kinds of pizza at once!

As for cooking your pizza, the hotter you can get your oven, the better. I've heard pizza stones are the way to go, but we just have round trays with holes in them and they do a great job. You can even cook a pizza on the barbeque, which I had to do once when our oven overheated and shut down (we have a weird oven, this probably won't be an issue for you). Make sure you brown the cheese a little bit before you take it out of the oven, and give the pizza up to 5 minutes to rest before you try to cut it! Otherwise it'll be some kind of bread and cheese soup (though still pretty tasty). Mamma mia!

You can also make pizza in a cast iron skillet. If you don't have a pizza stone, this is a good way to get a really nicely done crust in a standard home oven.

Making your own pizza is even easier if you live near a Trader Joe's. Their pizza dough is pretty cheap and pretty good - usually $1.29 for a lump. And their pizza sauce is pretty darned good too, and also cheap. (Couple of dollars for a jar.) I'm sure both are leagues better when you make it yourself, but I'm also a lazybutt and the taste of convenience is also pretty tasty too. 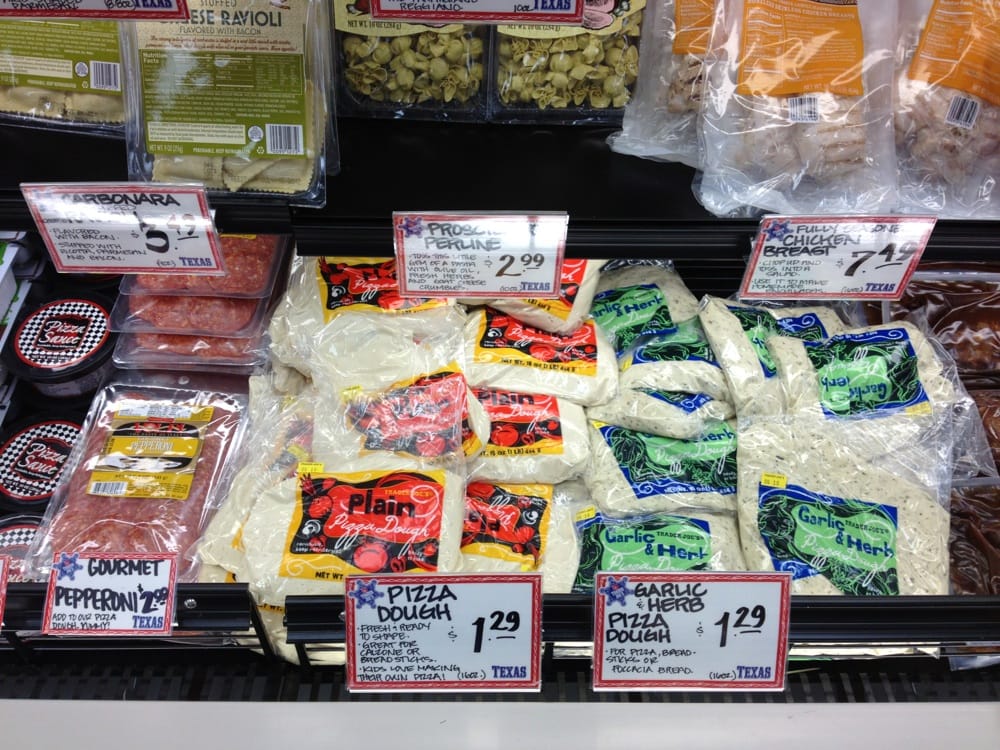 WisteriaHysteria said:
You gotta reheat your pizza in the microwave, so that you really taste the regret
Click to expand...