Isekei is when an entire visual kei band goes through a portal and saves a fantasy world with the power of their hair.

MarcAlan said:
And Tsukimichi is one I don't hate or really like. It's an isekai that claims it's horrible to be in an isekai. And then goes on to give it's protagonist massive power and two large breasted companions. The story is hopefully going somewhere, because the first five episodes just kind of meander with things happening.
Click to expand...

The "it sucks part" is that the guy just wants to be normal and is now trapped in this place he doesn't want to be in. And the big breasted companions are actually gross monsters hiding their true appearances and have awful personalities and boundary issues. But yeah, it's doing a bad job of living up to the conceit. I'd compare it more to KonoSuba in tenor and theme but not as ostentatious or scourge-y. It's just kinda flat and dull too.

So I went back and watched the first episode of Tsukimichi and it makes more sense. I am liking it a bit more since I'm not taking it so seriously, but that first episode is tonally a little weird and throws a bunch of info at you.

Night Head 2041 on the other hand does a very good job of setting up it's world in a quick and interesting manner. They use a news broadcast reminding citizens of the laws which lets the viewer know the rules of the world. It is a bit of an info dump, but it lasts only a minute or two as they also pan around the city to give you an idea of how things look. It's effective at setting the tone of what you are about to watch. And then things explode. I know this is a remake/something or other of a show called Night Head, but I have no connection to the previous material. Instead, I get sucked into watching the first three episodes because of the mysteries setup that I want to see resolved.

q 3 said:
Isekei is when an entire visual kei band goes through a portal and saves a fantasy world with the power of their hair.
Click to expand...

Ise-kei refers to the vibrant genre of anime adaptations of Tales of Ise.

Far too late to the party finishing Oddtaxi. The only upside to this A+ show going largely ignored is I didn’t run into any spoilers online before finishing. That final episode was nearly flawless. Even the last scene which felt like an entire set of steak knives being shot out of a cannon into my gut after such a wonderfully hopeful finale up to that point.

Yeah, Oddtaxi is so great. I can't imagine any other show unseating it for favourite of the year. I love that the ending definitely feels a surprise in terms of the tone of the last episode but somehow doesn't feel like a counter or a rejection of it.

Johnny Unusual said:
BTW, in a more feel good anime camp (one that can be enjoyed for basically all ages), the teen romance movie Words Bubble Up Like Soda Pop is on Netflix and its really enjoyable, a love story with a guy and a girl with some insecurities and the search for a missing record. Its a very sweet, low-stakes film with an 80s ultra-loud color scheme, which feels appropriate for a film set primarily in a mall.
Click to expand...

Yeah, just watched it, really enjoyed it. It felt so much like summer feels to me, especially when I think back to them from my childhood - the beautiful, bright colors (I loved the way the movie looked so, so much), the slow pace, the low-stakes story, everyone being so totally decent and nice. It was cute and enjoyable. If you need some feel-good anime, give this one a try.

The Good: Stone Ocean is coming


The Bad: It's going to Netflix-Jail

It’s a jail I can get a day pass to and visit whenever I want, so that’s pretty good for me!

WisteriaHysteria said:
The Bad: It's going to Netflix-Jail
Click to expand... 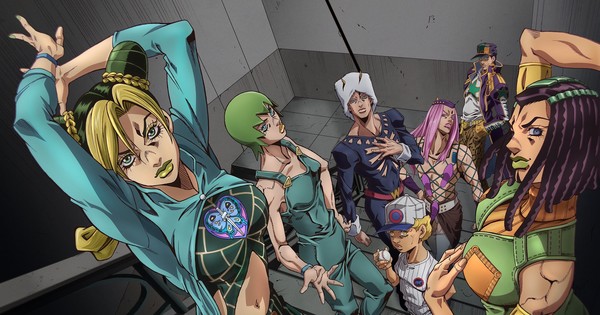 And it says its a worldwide debut. So does that mean that it'll be released weekly and NOT be in Netflix jail? That would be nice.
Last edited: Aug 8, 2021

They're not saying yet. But considering standard Japanese production schedules, and the process Netflix goes through to dub and sub its anime, I think it's more likely that instead of what you're guessing, what's more likely is that they managed to create an exciting new level of Netflix-Jail where they managed to secure rights for the show in Japan so that even Japanese people have to deal with the Jail, and had the show pushed back from an October release into December so that they could release the entire first cour at once. Love to be wrong though.


The Bad: It's going to Netflix-Jail
Click to expand...

Damn it, I seriously need to watch Jojo.

Dangit.... I've been fairly ambivalent about Netflix anime exclusivity, but now they got their hands on JoJo and I'm feeling some kind of way about it. Crunchyroll was fine! We had a whole weekly group watch thing going for every new season of JoJo! But with the uncertainty about how Netflix is gonna release the episodes... I dunnoooooo.

we need to get that crunchyroll/funimation merger accelerated to destroy this netflix monster.

pudik said:
we need to get that crunchyroll/funimation merger accelerated to destroy this netflix monster.
Click to expand...

I know a significant demographic likes to poop-sock their media. And it works for some things, but it's hardly an axiom that always succeeds. One of the bigger appeals to JoJo for me is the sense of going on a journey with the cast. An adventure if you will. Tuning in every week and having a new place or a new villain to fight, and having it stretch out over the course of a year or more, really helps that feeling. That's part of why Part 3 is so successful/popular IMO because by the end it really felt like as a viewer/reader that it had lived up to the title and that you'd really gone on a Bizarre Adventure with these characters. And the sense of that is significantly lessened for me when you can marathon through the entire thing in just a few days. When a character reminisces about a thing you watched just a few days prior, it kinda loses the impact, you know? I really hope that the success of some of these Disney+ shows where the weekly release format has helped sustain and even increase interest in the shows has helped convince Netflix a little that their business model is frequently dumb and counterproductive.

And given that it's not so much creating a media conglomerate as "Sony ate two of the biggest overseas anime distributors to increase their leverage over the domestic market"...

im sorry to have manifested this


This is the stuff hype is made of.

This is a trailer for the just announced adaptation of "Yojohan Time Machine Blues". Which is the sequel to Tatami Galaxy that came out last year.

Science Saru is handling production, but Yuasa won't be directing this time. Instead, Shingo Natsume is being brought on as director, which is probably the most perfect fit there could be for a Yuasa replacement. Natsume's currently airing show Sonny Boy is killing it, and if I didn't know better, you could easily convince me the show was being directed by Yuasa instead. 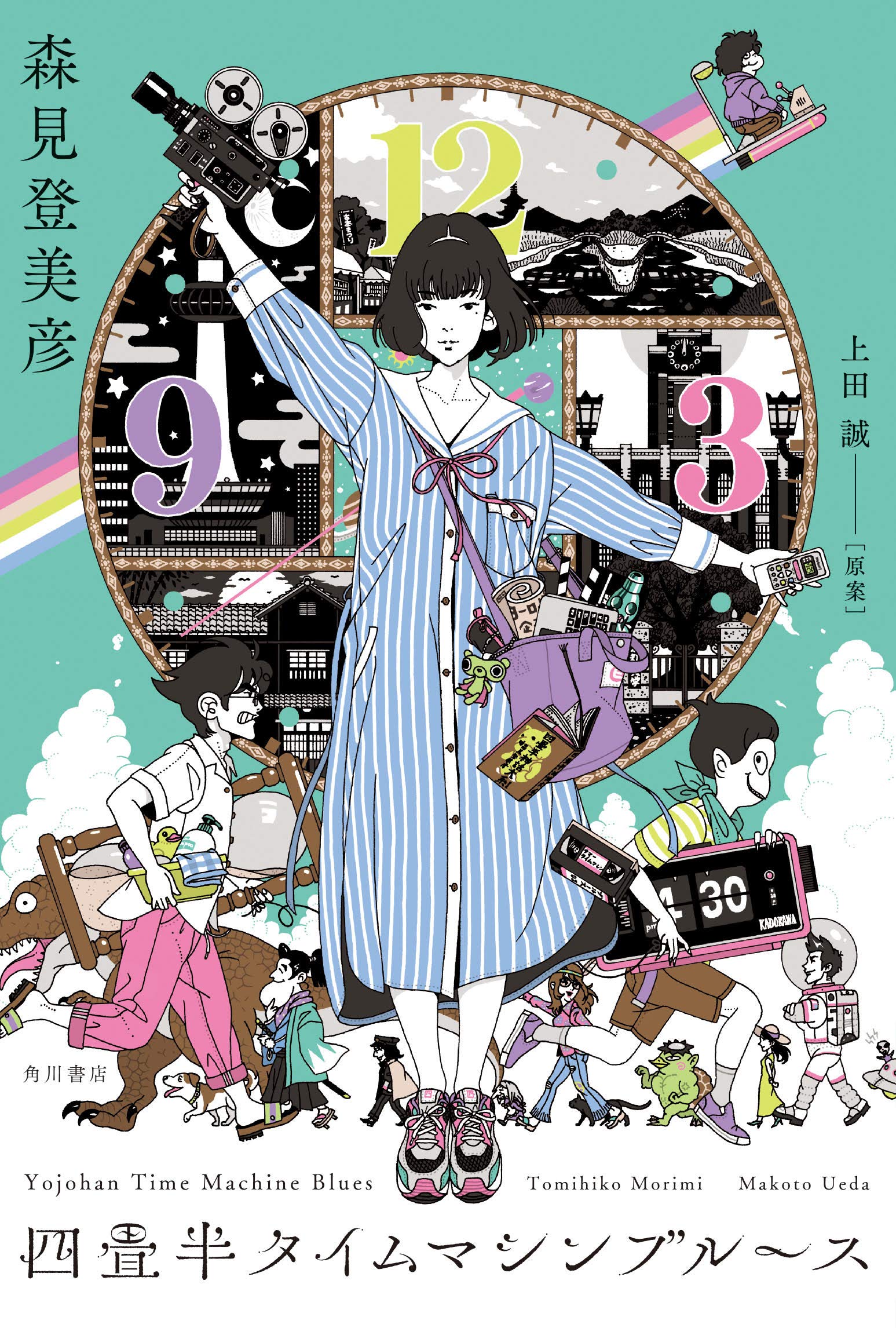 And not a 'spiritual sequel' that vaguely takes place in the same setting like Walk On Girl, but a direct sequel w/ the same characters. I read a short plot synopsis of the book and it sounds bonkers.

Fena: The Pirate Princess' first two episodes dropped this past weekend on Toonami and Crunchyroll. Not sure where the story is going, but it is pretty.

My Next Life as a Villainess season 2 seems to have drifted into filler mode after its first episode or two. We're still enjoying it and count on it for a wholesome, cute and funny thing to watch.

This week's episode of Villainess was incredible, because it takes what was literally a three page filler comic and turns it into a complete episode.

I love what they were able to do with such little material to begin with, and yet it still feels true to the characters.

MarcAlan said:
Fena: The Pirate Princess' first two episodes dropped this past weekend on Toonami and Crunchyroll. Not sure where the story is going, but it is pretty.
Click to expand...

I watched the first episode of this. The whole thing struck me as almost... antiquated? There's just something to the aesthetic that feels OLD (but in a good way) about this show. The directorial voice of the first episode is filled with a need for almost constant kinetic energy and there's a willingness to break model to exaggerate emotions and reactions that just feel like the show belongs more from the 70s or 80s than what the modern industry trends are for anime. Combine that with heavy European flair for the characters/setting (again, something more at home in the 70s and 80s before anime/Japanese culture became more insular and inward looking) and it just feels like a cozy and retro show versus something more contemporary.

I watched a second episode of Jahy and started the third and I just couldn't keep going. Not that it was horrible, it was just boring and bland. You can already see that Jahy will continue to get forward a little bit and then get knocked down only to refuse any help because "I'm the demon lord!" If that's your jam, have at it.

I am looking forward to a new series for the first time in a while. They're doing an adaptation of novelist Furukawa Hideo's adaptation of The Tale of Heike.