This whole twitter is pretty amaze. Would go great in the gunpla thread too

Adrenaline said:
Where the hell is Char
Click to expand...

That classic question everybody is always asking. 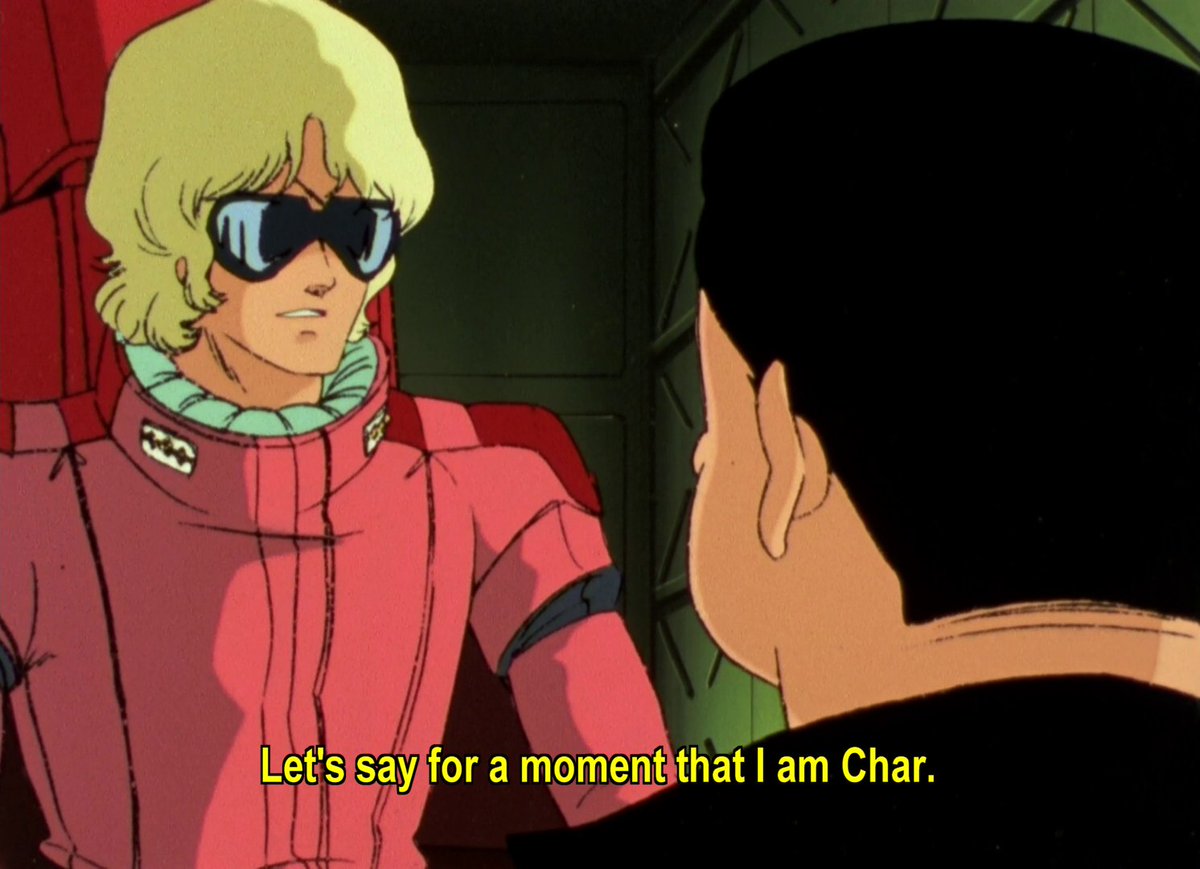 (Yes of course I know this is from a difference series.)

"The entirety of the AEUG pretends that they don't know Char is Char" is easily the funniest thing about Zeta.

Finished Gundam. Holds up really well for a cartoon from 1979. Too bad Zeta isn't streaming anywhere.

If you use a VPN to access Netflix via Japan, Zeta Gundam should be streaming there, along with most Gundams, IIRC. It should even come with ENG subs.

There is an isekai light novel about a 24 year old office woman who gets reincarnated as Kycillia Zabi and it's the thing most missing from my life that I never knew existed. 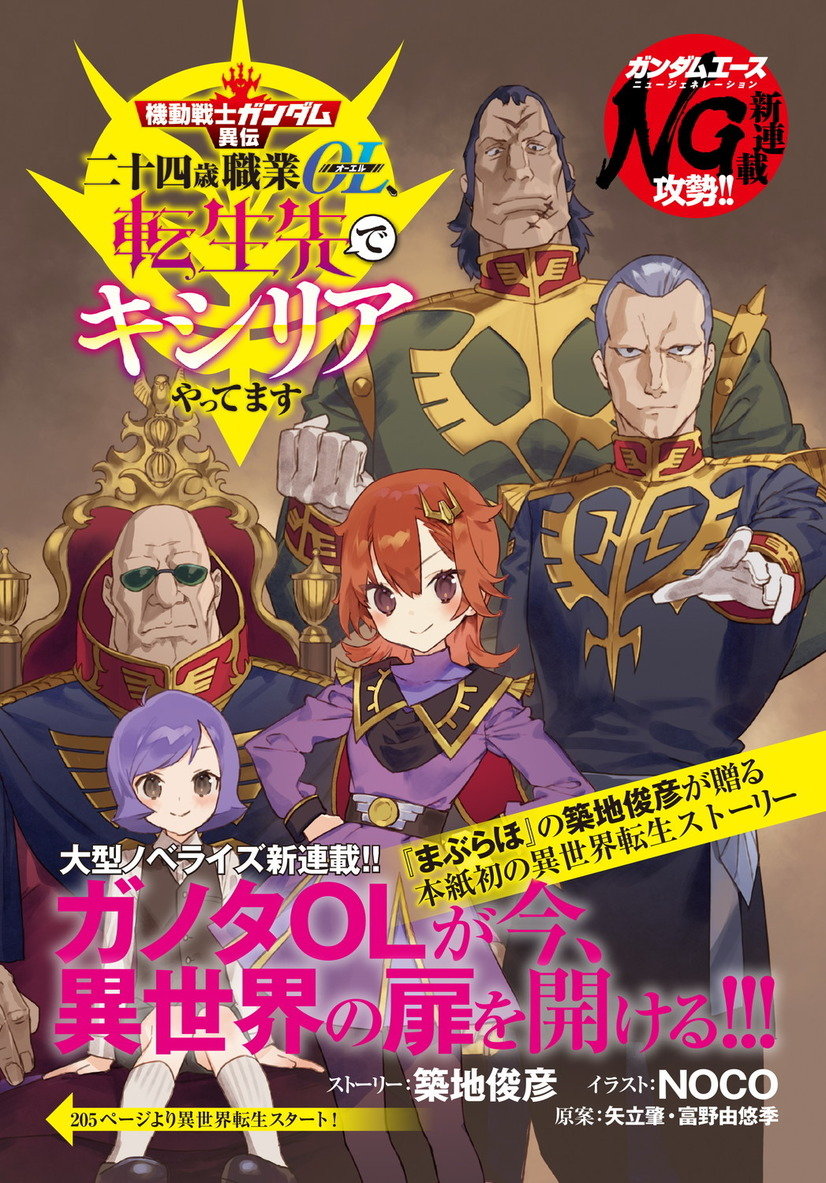 yes, I too would like to be reincarnated as a princess of ultranationalist royalty

Most male-oriented isekai are simple power fantasies, yes. But ones written for female audiences are often more nuanced and are more like, “You’ve been transported/reincarnated into a shitty situation, so enjoy making the best of it!” Which I would be inclined into guessing that’s what this might be. There’s a whole sub-genre of isekai that’s about becoming a stereotypical villainess character from dating games and trying to avoid the inevitable bad endings, and that’s what this feels like.

Kycillia is in a unique situation in the Zabi family. Because she’s surrounded by murderous family members who make overt threats on her life, and who also killed one of her brothers for being perceived as a threat. And she’s the head of Zeon intelligence, which... doesn’t really do anything/she’s effectively relegated in the family. And she’s also shown several times to be one of the more rational, reasonable members of the Zabi family too, but again, no real power to do anything

She’s also just a really fun, conniving, moustache twirling character and it would be fun (for a while at least) to watch a regular Jane try to pretend to be her and not get herself killed.

But yes, it’s also just really dumb and silly, and that’s most of what I find appealing. Imagine trying to avoid getting your head blown off by Char with a Bazooka. Good shit

Fair enough. Sort of like that episode of Justice League when Flash switched with Luthor.

Apparently the next Build show is going to be at least partially live action?

Got any deets on that?

This took me a while to find, which is funny because it just popped up in my Twitter feed late last week:

Unicorn was probably my first real introduction to Gundam so it will always have a place in my heart. My copy of Narrative special edition arrived today with a neat little book showing the UC timeline, characters, mechanics, etc. I haven't seen it before.

StriderDL said:
Unicorn was probably my first real introduction to Gundam so it will always have a place in my heart.
Click to expand...

I feel like this is an aspect of human nature and fandom that is rarely acknowledged despite it seemingly being a near universal experience. Ever notice how most people's favorite Final Fantasy that they compare all the others to, just happens to be their first? It's the same with other expansive nerd stuff like Star Trek, Macross, or Gundam. My favorite Gundam for the longest time was 0083, because it was also my first. It's no longer my favorite, but that's only after a lot of time, reflection, and exposure to the majority of the multitude of Gundams out there. And I still love it way more than it deserves and will always have a special place in my heart despite the story and characters being thoroughly mediocre.

In a lot of regards, I think Unicorn is the 0083 of the 2000s. It's got a whole lot of problems, but god damn is it gorgeous. And it at least tries to live up to the ethos and narrative of the Universal Century. It always feels like an awful place to get fans to jump onto the franchise, but I've read tons of glowing testimonials just like yours, and then I remember that entries like 0083 and CCA were *my* introduction to the franchise.

WisteriaHysteria said:
It always feels like an awful place to get fans to jump onto the franchise
Click to expand...

Oh, don't get me wrong, I had to rewatch Unicorn numerous times before I knew what was actually going on beyond big robot is pretty. I recently had a friend check it out that I tried to give a primer.

"You see, the current year is UC0096, but things really get going in UC0079 where there was this guy named Char who dropped a colony on Earth because of the conflict between...you know what just watch the robots."

Narrative was...alright. I need to go through it again because I had to stop and start with kids' bath times and bedtimes but wow so that's what Newtypes + Psycho-frame does, eh?

WisteriaHysteria said:
I feel like this is an aspect of human nature and fandom that is rarely acknowledged despite it seemingly being a near universal experience. Ever notice how most people's favorite Final Fantasy that they compare all the others to, just happens to be their first?
Click to expand...

If anything, I think this is a rationale too acknowledged and subscribed to both as a point of universal thinking and especially so in nerdy spaces that place high value on personal nostalgia. It's treated as an inevitable factor in how people regard their experiences with media or whatever else once novel to them, and that level of initial imprinting as something completely insurmountable in the level of affection it imbues the subject in contrast to all subsequent permutations of that first contact. Even when people speak of the phenomenon with self-awareness there's a tone of resignation to it, as if they can never escape the pull of those initial experiences, especially if they occured in childhood; others are similarly aware and embrace the notion, but it's definitely talked about often.

To apply it to the thread subject, all my interactions with Gundam have been in adulthood, and they're still relatively scarce, but I'm not going to say my first (the first series, through The Origin) remains my favourite; I'm not done watching ZZ but it's clearly the series I like the most of the early run, and what I've absorbed of some of the later stuff is much more interesting to me than any what I've seen so far.

Wing was my first Gundam, followed after by G when they were licensed by Cartoon Network for Toonami. I've enjoyed most of the main series and OAVs to this point outside IBO, but my favorite is still probably SEED? That said, I attached more to the general concepts of giant robots and the general "gundam" themes than any particular show.

Peklo said:
If anything, I think this is a rationale too acknowledged and subscribed to
Click to expand...

That's fair, I admittedly don't hang around many nerd circles anymore, but it never seems to come up in the small sample sizes I expose myself to. I don't think it's quite axiom levels of always being right, but I do think people in general are very predisposed to let formative experiences define their worldview.

All that said though, I wouldn't even put 0083 in my top10 Gundams anymore. (Macross Plus is still the GOAT Macross for me tho.) But I do definitely compare modern Gundams to what I conceptualize what Gundam 'ought to be' with heavy bias. Otherwise popular entries like Iron Blooded Orphans or 00 I can't stand, mostly for my perceived slights against the thematic integrity of the franchise.

I really really can't wait until you can get to Turn-A, Peklo. If you ever start getting burned out on Gundam it might be worth just skipping all the inbetween stuff to jump straight there, because for my money it's the apex of the franchise. 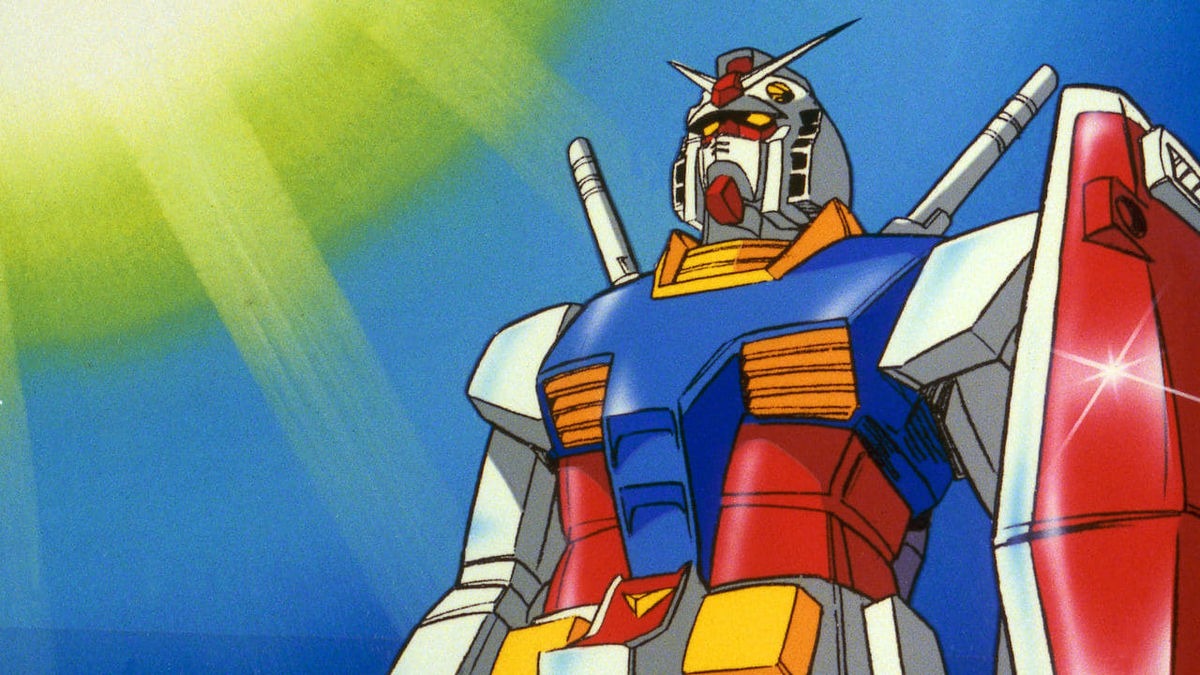 The Mobile Suit Gundam series has been around since 1979, so it deserves some true solid gold recognition, like a solid gold Gundam!

This came up in related tweet and holy carp that's a lot of work.