Hey, it's a Gundam thread~

Last episode of Build Divers Re:rise is out this Thursday for free on the Youtubes, and it's a very solid series that gets across a lot of the themes of loss and redemption buried in most Gundam works, but in a lighter and more kid (and merchandising) friendly way. It also doesn't have much to do with the original Build Divers series aside from setting and some cameos, so no real previous knowlege required.

gundam.info is the official Gundam channel, and they always have a rotating selection of Gundam content freely available

Last episode of Re:Rise was actually FIRE. Like, this whole show has been so good. It's been so rewarding to watch this group of misfits who originally hated each other, turn into the best of friends. They've done a really good job building it up in an organic, believable, and earned way. So that when stuff goes down like Episode #25, it feels amazing instead of hokey or bad.
...the BUILD DiVERS needed to make it into orbit, but this planet doesn't have any rockets, and the mass driver was being camped by enemies. So what do they do? Fuck it, let's fly into space WITH THE POWER OF FRIENDSHIP! 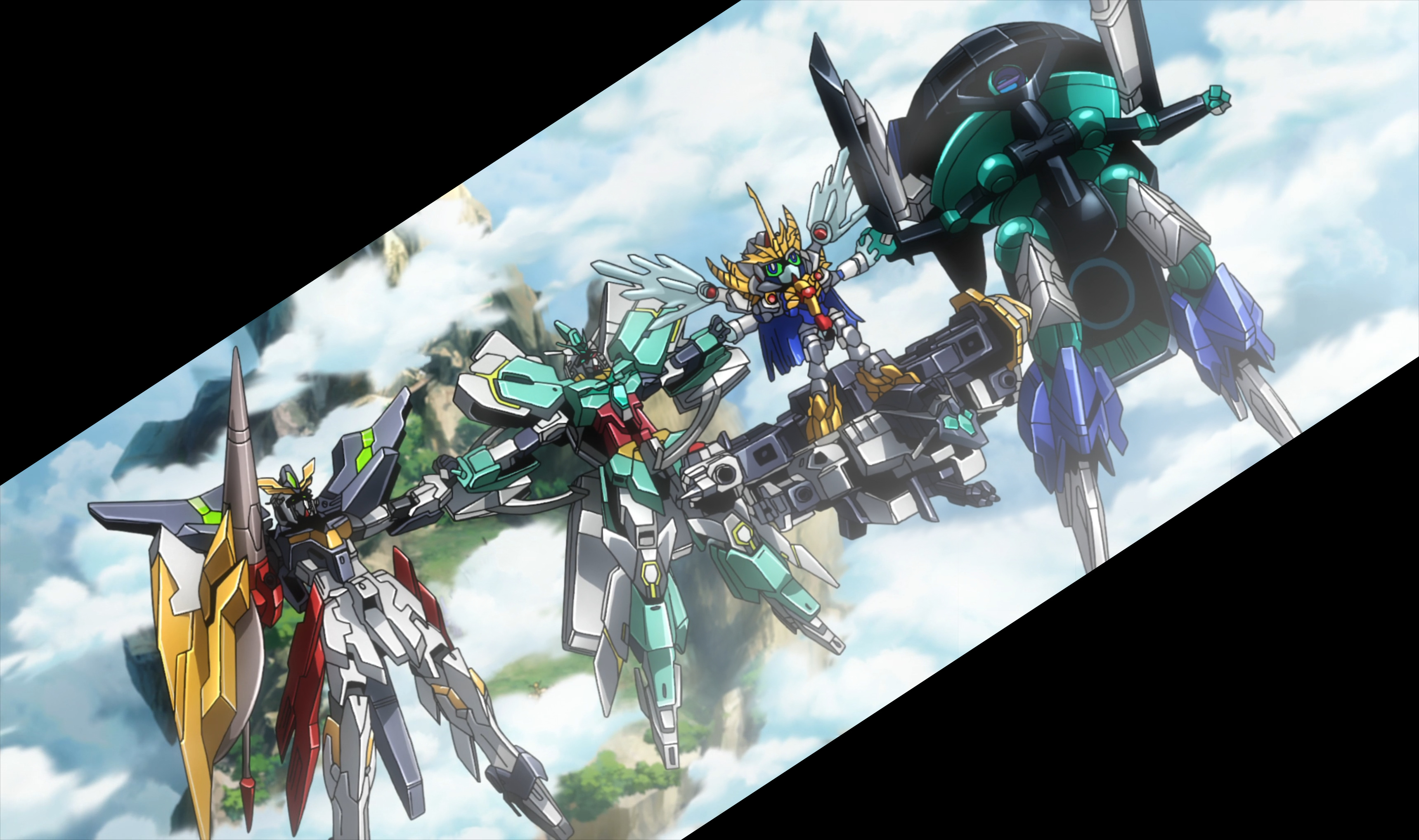 It's not the TV show, but the three compilation films for the original show are up on the official Gundam youtube channel (Gundam.info) to watch for free. That channel regularly cycles Gundam shows in an out of rotation, so if you're patient enough the original show should pop up there eventually. (Whether that's months from now or years, who is to say?)

I really ought to sit down and watch them; I've only ever seen parts. But people regularly say they're better than the TV show because they cut a lot of the fat out, have a more brisk pace, and add a lot of higher quality animation to fill in the gaps/replace key scenes.

It's mostly a waiting game with Gundam.info on youtube; they had the original series up sometime last year, and eventually they'll rotate to it again.

Watch the movie adaptations instead if you can get ahold of them. They cover the same basic material, but they're much punchier, and they almost completely rewrite the back third of the series.

Are we putting Gunpla stuff in this thread or elsewhere? I bought a Heavyarms from the Premium Bandai preorders that went up last night that looks really nice.

Yeah, it's nice to have an actual model-building-focused thread to go into the minutiae of the hobby without derailing threads more about the franchise/stories.

WisteriaHysteria said:
I really ought to sit down and watch them; I've only ever seen parts. But people regularly say they're better than the TV show because they cut a lot of the fat out, have a more brisk pace, and add a lot of higher quality animation to fill in the gaps/replace key scenes.
Click to expand...

I think that people do say that, but they just as often say the opposite.

I would say it's a wash. You lose a lot of monster-of-the-week cruft, but along with that you miss out on some of the defining moments of the series. The pacing is . . . different, but it's not necessarily better. I honestly thought I hated the original Gundam until I saw the TV series and realized that what I didn't like was the movie adaptation. This isn't to say that they're terrible, but only that they're quite different experiences and probably the only way to know which you prefer is to watch both.

If you bounce off the movies, it's still worth trying the TV show and vice-versa.

Re:Rise finale was great, about all I wanted while leaving the window open for further things. I'll eat my hat if they don't use GBN's apparent capability to link to other star systems for more sequels/etc.

The only thing better than when they skip the OP, is when they play the OP but there's now a bunch of rad sound effects on top for the final episode.


Mightyblue said:
I'll eat my hat if they don't use GBN's apparent capability to link to other star systems for more sequels/etc.
Click to expand...

Before Re:Rise began, if you told me they would take Build Divers and turn into the best isekai show since Dunbine, I wouldn't have believed you. Who knows what'll come next! But if you want eat-my-hat-predictions, there's no way there won't be a one-off OVA used to sell more kits the same way Build Fighters got several of while they plan out the next big Gundam show. And that batch of build kits will invariably have something cute for Hinata to pilot now that she's a Build Diver.

There were a few blink-and-you'll-miss-it moments in the final episode, where there several cameos from the build divers manga spin-offs that made their appearance during the final showdown in GBN and it was both the perfect way to do fanservice and also now I'm sad we'll probably never get those comics officially translated/brought over.

If this isn't a kit that I can buy later, Imma be sad. I want this Zakrello so baaad!! 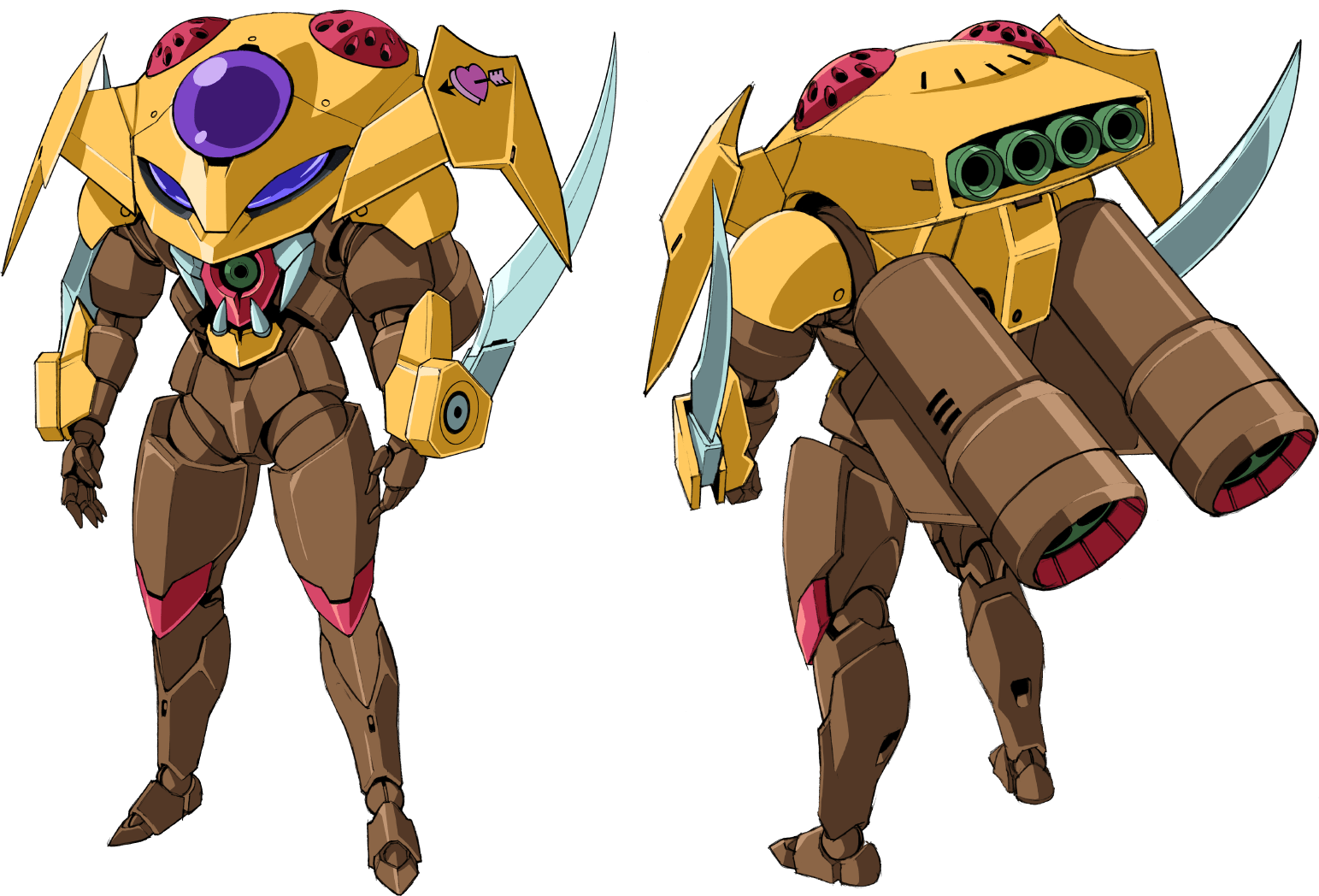 Something I was thinking about a while ago is that it's also the first Build Thing that could really easily fit into a Super Robot Wars. Please do that instead of IBO next, okay Bamco? Thanks. I want to kick things with a Wodom and recruit Cuadorn and Captain Zeon as overpowered secret units.

Yeah, I saw this on r/gundam under the title "What Gundam Build Fighters would actully be like." It's cute. Of course, if Gunpla Battle was a real thing, the NA scene would be toxic AF and filled with sex pests, and someone with a missed nub like that would be laughed out of the Colosseum. One of the reasons I like the Build Fighters/Divers shows so much is because it's very much what gaming/online communities *should* be but never is.

Nice. Is that the old life size model with updated articulation? Where's it installed at now?

It's brand new, made from scratch. (If you look carefully, the outer armor is a new design with weird proportions for an RX-78-2.) It's being made at the "Gundam Factory" in Yokohama. The point of it was to this time make one that could walk under its own weight in time for the Olympics. (RIP) Construction of it finished like a month or two ago, but it seems like they're doing the work of calibrating it and figuring out the locomotion so it doesn't topple over.

Ah, cool. Yeah now that you mention it even without looking up references I can tell the legs and shoulders are a bit different from the usual 78-2 design. That'll be quite a sight if/when they get unsupported walking working!

The 2nd G-Reco movie came out on BD a little while ago, Imma watch it and report back later. But I needed everyone here to listen to the 2nd movie's ED because :froth:

G-Reco is not the Gundam that we deserve, but it's the Gundam we need.

mark your calendars, everyone

Still can't get over how good Build Divers Re:Rise was. I decided to finally buy some kits from the show. Unfortunately, like all of the Re:Rise kits are sold out across the board from a lot of the usual online venders I would regularly visit, and the places that do have inventory still (like Amazon) are listing with big markups. Which is kinda ridiculous! New Gunpla kits never sellout like this, unless they're limited print runs or P-Bandai exclusives. This is just anecdotal, but damn, Re:Rise must have done really well for Bandai.

Probably that plus gunpla buildling is just a good COVID activity in general...


I knew this was coming, but forgot. What a wonderful surprise! It's only 10 mins (like all the previous battlogues) but it's the best battlogue to date. I would watch a full show that is basically just this but expanded out. I miss Build Divers a lot.

Is it safe to watch without having finished the second season first? Not that I care *that* much about spoilers, but...

The original series is now on Funimation. Now to decide whether it's worth subscribing.

Kirin said:
Is it safe to watch without having finished the second season first? Not that I care *that* much about spoilers, but...
Click to expand...

Late reply, but Battlogues are always disposable/don't really spoil anything. But my mans, you really gotta finish the show! I doubt there's anyone else on the boards who would enjoy the ending of Re:Rise more than you.


Adrenaline said:
The original series is now on Funimation. Now to decide whether it's worth subscribing.
Click to expand...

If you have venmo, I'll forward you $8 to sub for a month.

That show has a lot of creepy sex stuff

WisteriaHysteria said:
Late reply, but Battlogues are always disposable/don't really spoil anything. But my mans, you really gotta finish the show! I doubt there's anyone else on the boards who would enjoy the ending of Re:Rise more than you.
Click to expand...

Yeah, I'm planning to, just gotta figure out where to fit it in. Lately I've been spending most of my TV time with my gf and dumping her into the middle of Re:Rise having seen no Gundam doesn't seem like a super great idea. We just bought a rowing machine so I gotta see if I can rig up something so I can watch shows while using that - the sticking point being it's tough to read subtitles at a distance on an iPad...
You must log in or register to reply here.
Share:
Facebook Twitter Reddit Pinterest Tumblr WhatsApp Email Share Link
Top