Staff member
I think Picross S4 and Murder By Numbers are the most recent noteworthy releases, but there are many other implementations.

Shamefully, I've fallen behind in my Picross releases. But I bought S2 last week and am picking my way through it. Happy to see some of the changes made in this one: clip picross is a better interesting take on micross, and the new count QOL feature is very helpful. It's all very incremental but I'm impressed that Jupiter still manages to find ways to improve their games, a decade on.

Though, if there's one downside to the Picross S series, it's that it reveals the Switch's poor fit as a picross machine— my battery keeps running dry.

I played Murder By Numbers this year, and that’s all the Picross I’m playing. Otherwise, I’d never have the time to play anything else...

There's also Depixtion (3 color picross-ish puzzling) and Voxelgram (3d picross-like). Neither are necessarily as good as the Picross S series, but if you're looking for other options, you might enjoy them.

Ooh, I've been missing Picross 3D. It's on my wishlist!

How do you guys feel about the Color Picross innovation in the S series? At first I hated it, but now I really enjoy the additional challenge.

Ever since I started playing anime on half my screen with granblue fantasy on the other half I've shamefully stopped doing my picrosses and other logic puzzles. Splitting my attention between 2 things feels almost mandatory, but 3 is too much. Alas.

conchobhar said:
Ooh, I've been missing Picross 3D. It's on my wishlist!
Click to expand...

I picked up Voxelgram a while back, but its tutorial was horrible, and not what I remembered as Picross 3D. I didn't spend more than a few minutes with it, so I'll try it again soon. I was playing on Switch docked, and maybe it would be easier to try out handheld with the touch screen.

I considered picking up Voxelgram but I couldn't find much detail about touch controls, so I backed away.

Picross 3D really nailed an intuitive feel with the stylus, so I'm concerned that I'll get frustrated with anything less.


John said:
I didn't spend more than a few minutes with it, so I'll try it again soon. I was playing on Switch docked, and maybe it would be easier to try out handheld with the touch screen.
Click to expand...

I too have fallen behind on my Picrossing, not least because I used to blow through them a lot on airplanes, and airplane trips haven't exactly been a thing lately. I've yet to pick up a single Picross S entry, and really ought to finish off both Picross e8 and Picross 3D Round 2 before the hardware on my venerable 3DS gives out some day.

The "e" and "S" Picrosses are fine, but don't compare to the OG DS version. There's no challenge in the new games, where in the later puzzles in DS you'd have to do a ton of putting on the overlay and testing out possibilities, because you've exhausted all the known logical information. The 25x20 size was awesome, even though you had to do a bit of zooming in/out, but the stylus and buttons worked great.

It was a shame it didn't have enough space for all the available DLC at one time, so you had to delete some puzzles to get newer ones. I've replayed all the puzzles at least twice, after enough time has passed and I've forgotten the solutions. I don't know where my old cart is, and the DS Online store's shut down, so I wonder if there's hacked roms with all the puzzles?

Droewyn said:
How do you guys feel about the Color Picross innovation in the S series? At first I hated it, but now I really enjoy the additional challenge.
Click to expand...

I felt similar to Color Picross as I did to Mega Picross - in that it was a massive waste and I just wanted more regular puzzles.

I have since changed my mind about Color Picross (Thanks to the Lord of the Nazarick), but never have been able to get into Mega.

The best Picross from the e/S series are Clip Picross though.

I keep meaning to go back to Murder by Numbers after Animal Crossing tore me away from it so many months ago. I liked it! I just...Animal Crossing happened. You know how it goes.


John said:
The "e" and "S" Picrosses are fine, but don't compare to the OG DS version. There's no challenge in the new games, where in the later puzzles in DS you'd have to do a ton of putting on the overlay and testing out possibilities, because you've exhausted all the known logical information.
Click to expand...

This has been a complaint of mine about the e and S series too - they're so easy that completing them seems almost perfunctory. I still burned through all or almost all of the e games; I'm a little more than halfway through S2 but had to take a break.

Paint it Back is the best non-Picross DS nonogram game I've played, though it's only on iOS/Android and Steam. It plays best on a tablet, but may work ok with a mouse. The art style is fun and playful, though they take liberties with adding in color details after you finish a puzzle, so you can't always guess what the puzzle's gonna be. It plays the same as the 3DS/Switch Jupiter titles, though.

ok but does it have a poly ending that's unlocked by mega picross?

God I hope so.

Thanks to snesflix I got into Mario's Super Picross and have, um, completed 264 puzzles (out of 272) in the past week and a half.

Pray for me that I don't die from picross poisoning.

I've been playing a lot of Picross 3D Round 2 lately and I'm having a much better time than the first game, but I really want to get back to Pokémon Picross (Game Boy Color), which, as a reminder, is out there. You can just get it. It's great. I might buy a repro cart of it when they start makin' the rounds.

I will go ahead and re-recommend Hungry Cat Picross. Someone here turned me on to that, and boy, it's been worth every penny.

Completed Konami's Pixel Puzzle Collection to 200%, and if I never play another nonogram game on my phone, it'll be too soon.

I didn't even know 4 existed, and haven't bought 3. But it looks like S4 has new kinds of puzzles and such? Should I just skip S3?

You're going to get all of them eventually, right? Then go in order, but there's a sale coming soon.

Between my diving headfirst into Hello Kitty's F2P mobile realm in this post-Pocket Camp working on my phone world and the current eShop sale, this was bound to happen eventually: I have purchased Sanrio Characters Picross.

I can already tell this is one of the better Sanrio games simply by virtue of being a Picross game made by the people that make good Picross games. 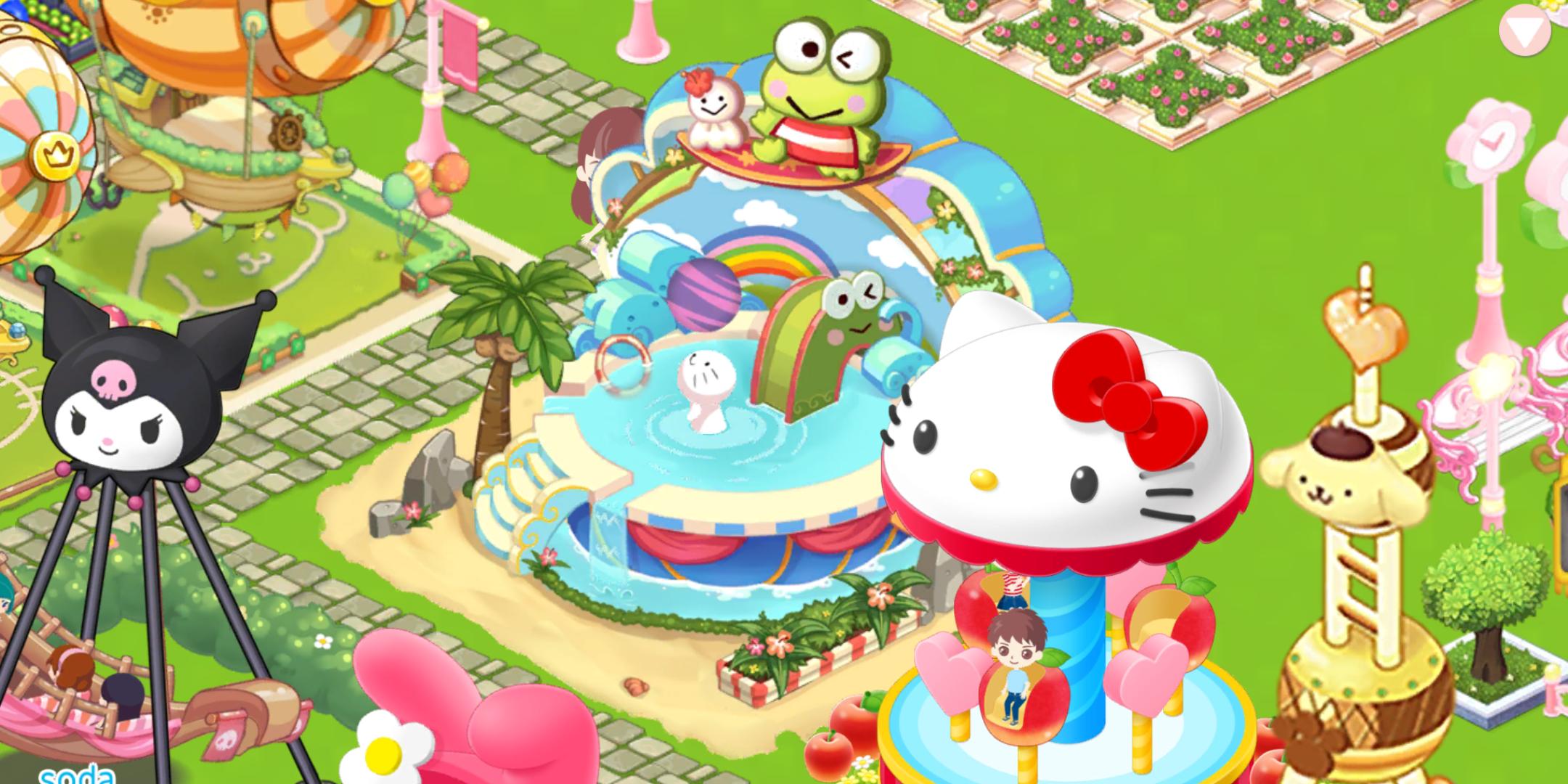 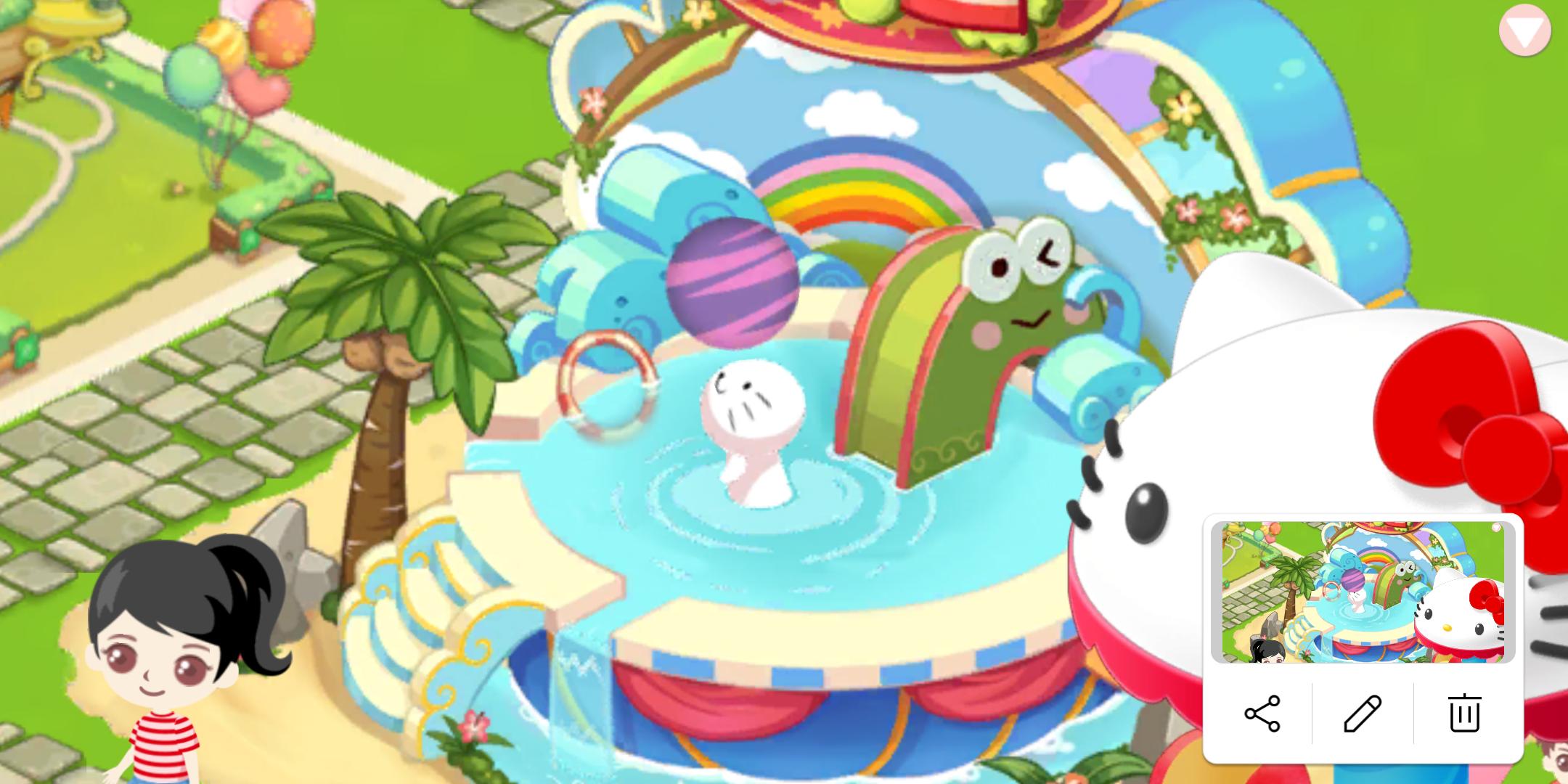 Good boy's got a job at Kerokerokeroppi's water theater.

Been playing Sanrio Characters Picross regularly for the past week now. Been playing with auto-correct turned off; I really like that that's an option available to me for the entire game instead of for just some more challenging tier of puzzles.

Like, don't tell me I fucked up. Let me experiment, and if something goes wrong, maybe I can figure out what I messed up by myself. Auto-correct is the nosy friend who watches you play and complains about how you're playing.

Will say, I have used the hint roulette for a few of these puzzles. This game can get pretty difficult.