Hello! I hope this thread can cover the bevy of alternative comics floating around out there. We're in a Golden Age of Everything Else right now so let's have at it.

To kick things off, I recently re-read an old fave, Planetary (itself inextricably tied to both Marvel and DC but nevertheless).

It actually bothered me quite a bit this time around. Snow asserts that Dowling's beef is basically just that he's jealous of the Century Babies, and fears that he can never truly be anything.

But, Dowling IS something- horrific acts of villainy aside, he's far and away the most accomplished character in the story with no miraculous genetics to his credit (bandit ancestors aside).

So- y'know- isn't that relatable? The heroes are literally Chosen Ones in the story- birthright is real. Dowling is, regrettably, just like us- a nobody. Except he did it! In these especially class-conscious times, I actually pity him in that way, and it kind of casts a shadow over the rest of the story for me. He succeeds against all odds in a world of people whose right to wealth and power is essentially divinely ordained and really Gets His (before his violent end of course)

Simon Hanselmann is updating Crisis Zone (the latest Megg, Mogg, and Owl story) and it’s just a wild ride from the word go. Content warnings for many many many things if you decide to look into it.

Dog Biscuits by Alex Graham is in its fourth act. (I think this is the final one?) Story takes place in Seattle over the span of a few days in July, and carries all the social issues that you’d expect. Great characters and interpersonal relationship depictions in this one.

Ness Garza’s Badhands Comics are auto-bio and touch on race, class, and workers rights. I found her through her series about what it’s like working in an Amazon Warehouse.

Mexikid by Pedro Martin never fails to make me laugh. It’s all stories about growing up in 70’s Mexico. Imagine Sergio Arragones doing Peanuts and you’re in the right ballpark.

Josh Engel has been doing a long running series that I don’t think he’s ever given a name to. It’s real good though. I’ve got art of the main character from it as my phone home screen.

Aminder Dhaliwal finished up Cyclopedia Exotica a little while ago. It took the premise of “What if cyclops existed in modern society?” and explored it through different overlapping characters. It got into discrimination, racism, self-image, and societal expectations, then working out how to identify and overcome them.

I also like seeing the bits of Kings of Nowhere that Koteri Ink posts, but I haven’t got to read the actual first volume of it.

I scooped up the Michel Fiffe COPRA trades recently. I noticed that the books themselves are just the Bergen Street publications with an Image barcode sticker slapped onto the back.

I wonder if that was the deal- Image would buy Bergen's existing stock of the TPBs and presumably use their superior distribution and marketing muscle to get them into stores, etc. Fiffe is back to self publishing the single issues though, with Image now apparently just doing the TPBs...
Last edited: Dec 1, 2020

The Stuff of Legend finally came back after years in hiatus. It is a comic about a boy's toys getting pulled into a fantasy world full of his old discarded toys and imaginings. I started reading it because I received the first volume for Festivus but I forget from whom. There's one more volume planned.

Crisis Zone finished up last night. I spent some time re-reading it today. What an excellently batshit clusterfruck of a story.

Picked up Liz Suburbia's Egg Cream Number 1 this week. I fell in love with her graphic novel Sacred Heart a year or two back and this collection of short comics features the first part of her follow-up, Sacred Heart: Livin' in the Future. This entire first chapter is framed as some folks in a bar watching a 60 Minutes-style investigative report on the events surrounding the first book, with interviews with some of the now grown-up cast. It's a brilliant way to both get us up to speed and finally make sense of some of the unexplained elements of the first book while also introducing an element of plausible deniability to the whole affair, with some particularly wacky elements in play like the settlement being founded by an actual saint with biblical powers and multiple escaped tigers stalking the town. I was worried that it would just spoil all the mystique of the original story but Suburbia really makes it work. I really need to grab my own copy of the first book so I don't have to rely on my memories of the library copy I read.

Oh and the rest of Egg Cream is pretty good. There's a dream diary part that was quite good too.

I read the first two collections of Greg Rucka and Nicola Scott's Black Magick. The protagonist is a detective who is also a witch. It has a combination of realistic police procedures and supernatural. It's not the most original concept, but I'm a big Rucka fan and I enjoyed it. There are some creepy twists and turns and Rucka is good for cliffhangers at the end of every issue. The artwork grounds it in reality. My only criticism is that it is substantial decompressed. After two collections (~12 issues), I feel like we're still ramping up. I liked it enough to pre-order the third collection which comes out in February 2021.

Anyone read the Topps X-Files comic from the 90's? I got the itch for some expanded universe stuff and bought two collections on eBay for cheap. I've only read the first issue so far, but the storytelling of the comic is very disjointed. They try to tell a complete story in one issue (which is admirable I guess) but there are quick cuts between locations after just two panels. 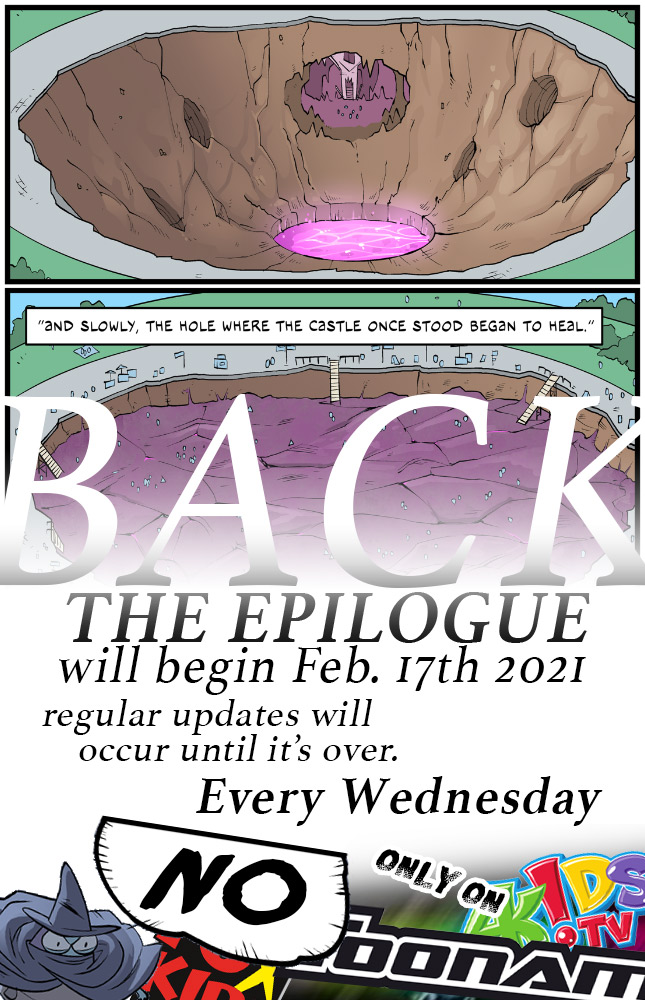 I've spent the last couple of days reading the new IDW version of TMNT on Comixology Unlimited and it's way better than any other TMNT version I've seen/read so far. Very much recommended.

Recently I read Hiromi Goto's Shadow Life, which was wonderful. It's about an elderly woman, Kumiko Saito, who escapes from the her care home to set herself up in her own apartment. It's slice-of-life with a touch of magical realism, as Kumiko relishes in (but often struggles with) independent living while being haunted by shadows and spirits that remind her of her mortality. It balances the tone admirably, with Kumiko contending with various difficulties and troubles but still letting her have her fun and adventure. She's stubborn, but perhaps admirably so.

It's also set in Vancouver, and it works in a bit of local history in an incredible way: using the Salish Sea human foot discoveries as the basis of a pair of ghosts that Kumiko encounters (one, a pair of sopping wet running shoes; the other, a soaked young man without feet). When I recognized the origin I let out a gasp of admiration. Now that's how you make an urban legend!

If any of that sounds up your alley, I recommend you give it a shot!

Months late, but is Back over now??? Should I get the whole thing in physical form if that exists?

I don’t think it does exist, but it is in fact over now!

Picked up Bubble, based on the podcast of the same name and, unsurprisingly given the source material, it’s real good.

It doesn’t seem to be deviating too much from the source material, as far as I’ve read (glad I held off on relistening to it), and without someone else’s voice coming out of his mouth, it’s pretty clear how much of an author stand-in Mitch is.

And as far as author stand-ins are concerned, you could certainly do worse.

Finally finished Kieron Gillen's and Stephanie Hans's series DIE, aka Goth D&D Jumanji aka Narnia but if it went bad. It was fantastic, probably my favourite comic. Full of references and esoterica in the Gillen style, with deep themes about growing up, living with guilt, depression, gender and queerness. The cast is
complicated but entertaining and likeable (although not laudable). And Hans's art is just so hauntingly beautiful. The setting is super cool too, with neat twists on the classic fantasy RPG archetypes. I highly recommend it and am getting excited for the TTRPG they are releasing based on it .

Just finished the two extant volumes of Elliot Kalans Maniac of New York (third is coming), and I gotta say; pretty darn good. Surprisingly light on humour, considering Elliots entire work-output (not devoid, but it’s definitely incidental). Whole series is best described as a combination of Jason Takes New York, Shin Godzilla, the Covid epidemic and Halloween Kills (albeit with kind of the opposite take on the same themes); an immortal, indestructible, masked, supernatural killing machine has appeared in New York, and because destroying it is out of the question, everyone just has to deal, because society can’t stop just because there’s an unstoppable murder-ghoul at large.

So I bought the Heavy Metal bundle from Humble Bundle, mainly for the Moebius stuff from the 70s/80s, but I was skimming around at the other eras of the magazine in the bundle and GOOD LORD at the 00s era stuff.

Seriously, Requiem is the most edgelord comic I've ever seen.

I'm not sure how well-known or popular the American newspaper strip "Piranha Club" (originall called "Ernie") by Bud Grace was in its home country during its run, but it did become quite popular in Sweden for many years, even to the point of it having its own magazine reprinting the strips. Before that, it ran in many other Swedish newspapers and magazines, including the monthly magazine "Vi". In 1994, this magazine had a special "future" issue, made to look as if it was from the far-off year of 2013, with articles and images trying to predict what the world might look like by then.* This included a special "Ernie" comic drawn by Bud Grace specifically for this issue, humorously depicting what the characters might look like in the future. As far as I know, this special comic was never published anywhere else, neither in Swedish or in its original English. But this year, I've managed to track down a copy of the issue, and I've uploaded the exclusive comic to the Internet Archive, with my own translation of what the dialogue might have been in English originally. It's a rare piece of obscure comics history that would most likely have been completely unknown outside of a few Swedes otherwise, so I'm happy to hopefully be able to preserve it in this way.

* The articles in the issue can honesty be a little depressing to read nowadays, since they were intentionally written to have a very positive outlook on the future. The most heartbreaking is probably an ad from Amnesty International, where they announce that they're shutting down, since there is no torture, death sentences or political assassinations anywhere in the world anymore.
You must log in or register to reply here.
Share:
Facebook Twitter Reddit Pinterest Tumblr WhatsApp Email Share Link
Top