Well, it's the Grey Tuesday before the Red Thursday that precipitates Black Friday, so of course the idea isn't to release NEW video games but to release drastic sales on OLDER video games. All of which is to say; thin week.

That being said, this week isn't empty, and we have one that just immediately won me over with Deaths Door. A Zeld-y, Souls-y Hades-y ARPG where you're a little crow-guy. But unlike all those *other* ARPGs where you're a crow, this is one where you've got a 9-5 job as a psychopomp! Tasked with reaping the souls of the deceased as grimly as possible! Get your little bird-butt down to a monster whole and teach them jerks what inhabit it to stop being busy living and get busy dying!

Next up is a re-release of an older retro game collection, now with MORE STUFF; Disney Classic Games Collection, and this time they've added The Jungle Book (both console and handheld versions) which is, according to our own Madhair, Very Good, and they also added EVEN MORE Aladdin, by adding the SNES version as well!

Sure would be nice to see them NES games though. Just saying. 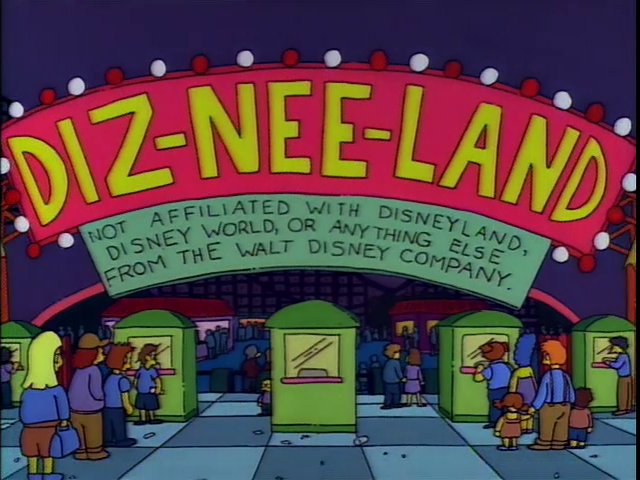 Deeeer Simulator appears to be a game much in the Goat Simulator vein, but with a super-stretchy cervine replacing a very sticky caprinae.

And looking up the proper taxonomy of a goat is the most research I'm willing to to put into these threads. You're welcome. 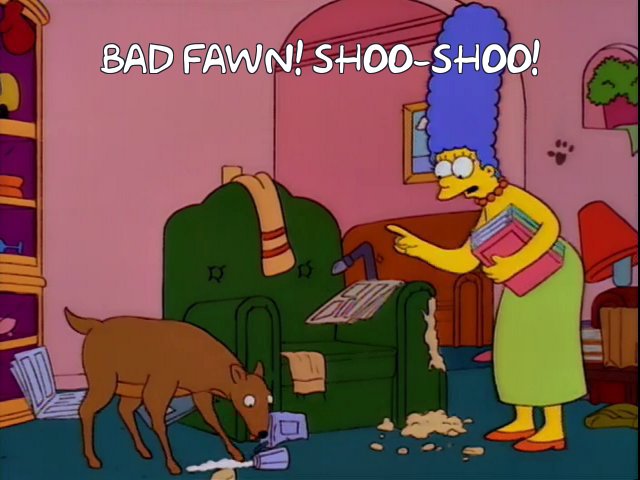 And man, I wish I could make a "And speaking of GOATs" comment here as a segue, but I can't really. Anyway, next is Doctor Who: The Edge of Reality. It's a walky based puzz-em-up where you're hanging out with an entire private clinics worth of Doctors (both Jodie Whittaker and Dave Tennant) as you fell out of your nice comfy universe and into the CHAOSVERSE, chock-a-block with the kind of Doctor Who monsters you might reasonably expect (there's also DLC that gives you stuff to carry, like a bunch of screwdrivers and gloves). 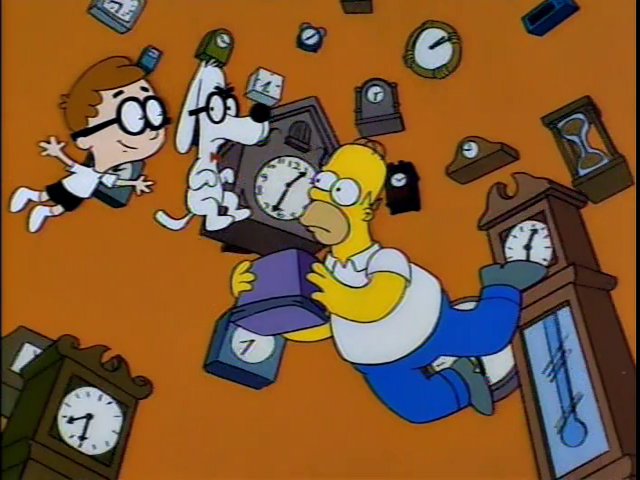 DoDonPachi Resurrection is a game that invites you the the part of hell reserved for bullets, and bullets alone, as you swerve your way through a carnage-ballet of artillery, shaped like spirographs descend on you; and you try like hell to get a high score and avoid contracting an epileptic seizure. It's got a whole whack of features for all you bullet-hell fans out there. I don't count myself in that illustrious number, so I couldn't tell you anything more if you paid me.

And you don't pay me!

THIS IS SOMETHING I DO FOR FREE!!! 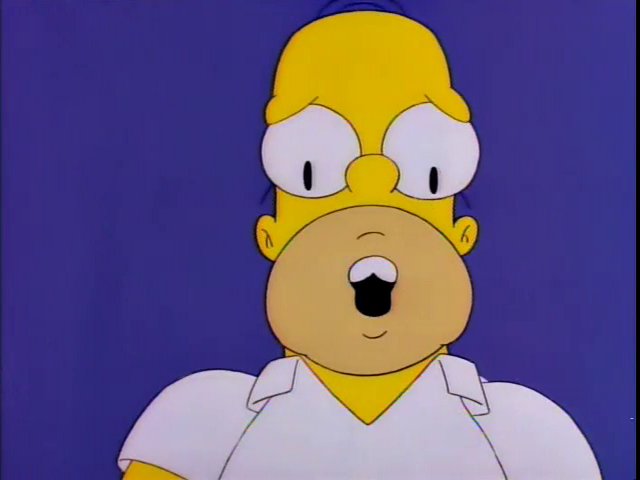 Date Night Bowling is, in several aspects, quite dissimilar to a bullet hell shooter. For one thing, it's a bowling game where you can date your partner. Impress a potential romantic partner by throwing food into their mouths AND/OR bowling well. It's two wildly separate genres mooshed together! Everyone loves either smooching, knocking down those cruel, cruel pins, OR BOTH, and finally a video game allows lovers of any combination of those three things an outlet! 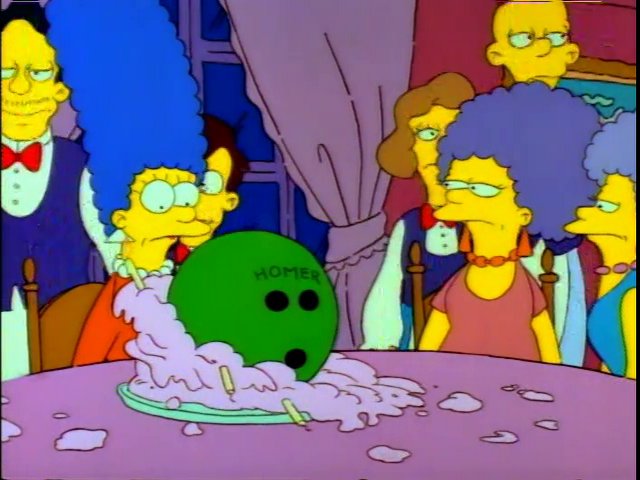 Finally, we have Little Bug which is a bugs-em-up platformer where you're a gal with a grappling-firefly who is in a Weird Danger World chock full of Bugs and Peril. You'll be sure to have all kinds of emotions as you get the heck out of this Weird Neon Death Zone. Sad and happy ones, I'd imagine.

Yep, that's all the emotions. 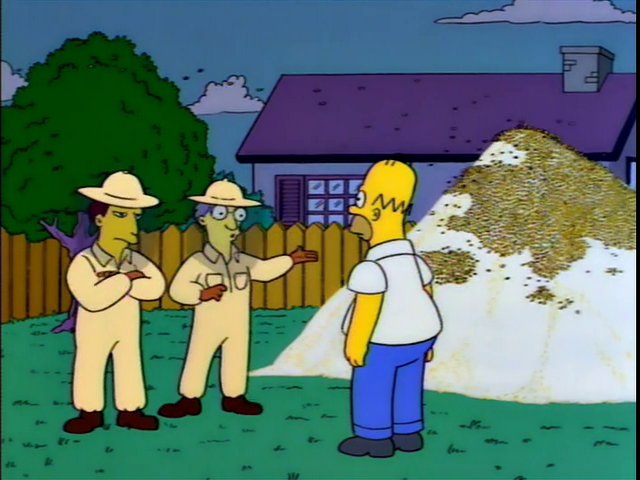 A thin week is never too thin for photo ops!

Just when I think we might have a week without a zombie game, Road Z Survival: The Last Winter popped up out of the ground and into the eShop yesterday! In this very mobile-y looking title you try to survive the zombie apocalypse during a harsh winter and maintain your cool ride. 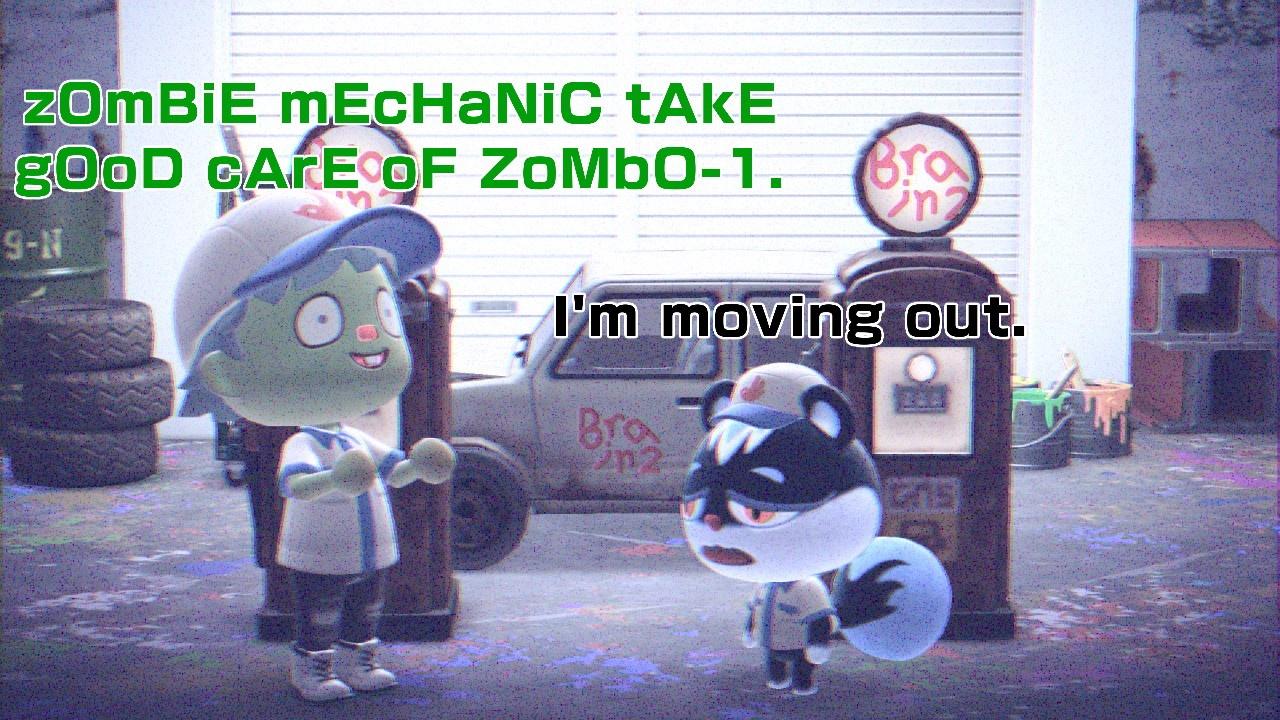 My Universe: Puppies and Kittens noticed the void left by Nintendo not making a Nintendogs 3 and is here to cash in! Take care of adorable puppies and kittens. 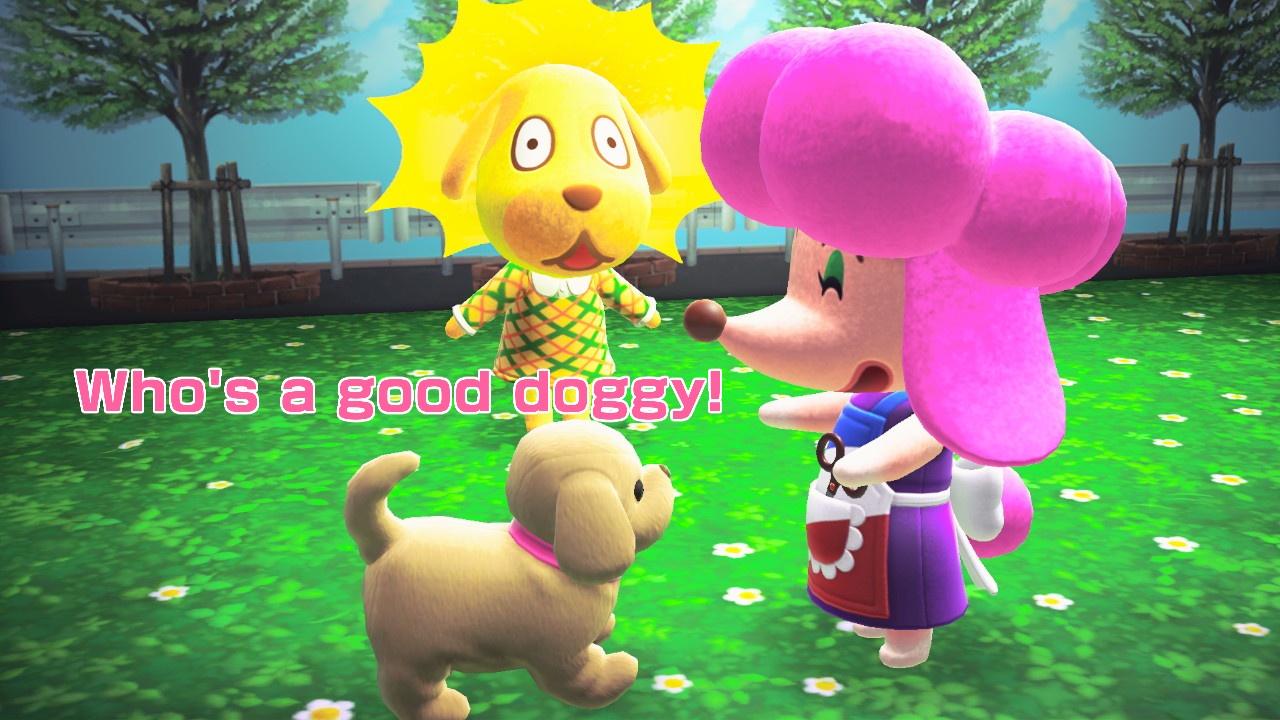 Let's Sing 2022 is a singing game on a console with no natural mic support! Better hope you can buy the mic peripheral or that the app works with your phone. Or better yet, pay nothing and just go watch music videos on YouTube and sing along to them instead of having some $40 game judge your terrible karaoke act! 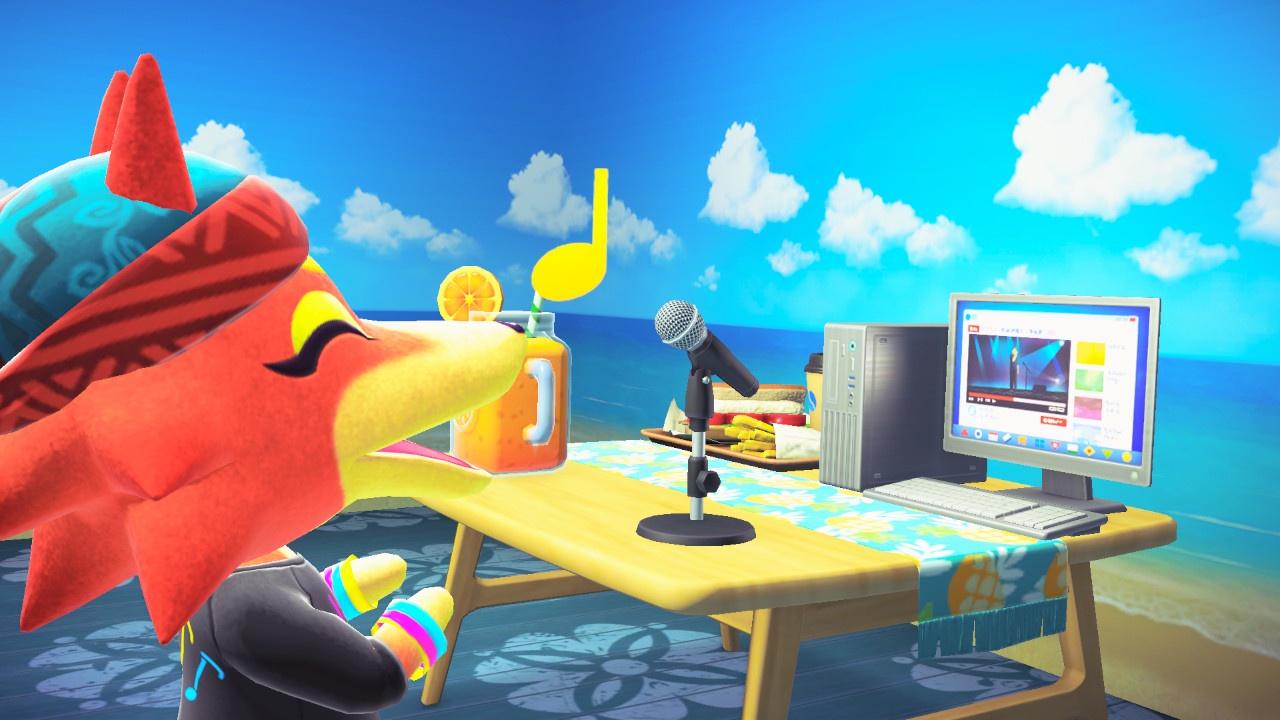 Death's Door has you as a crow trying to recover a soul you intended to reap that's been taken off to a land full of corrupt immortals. 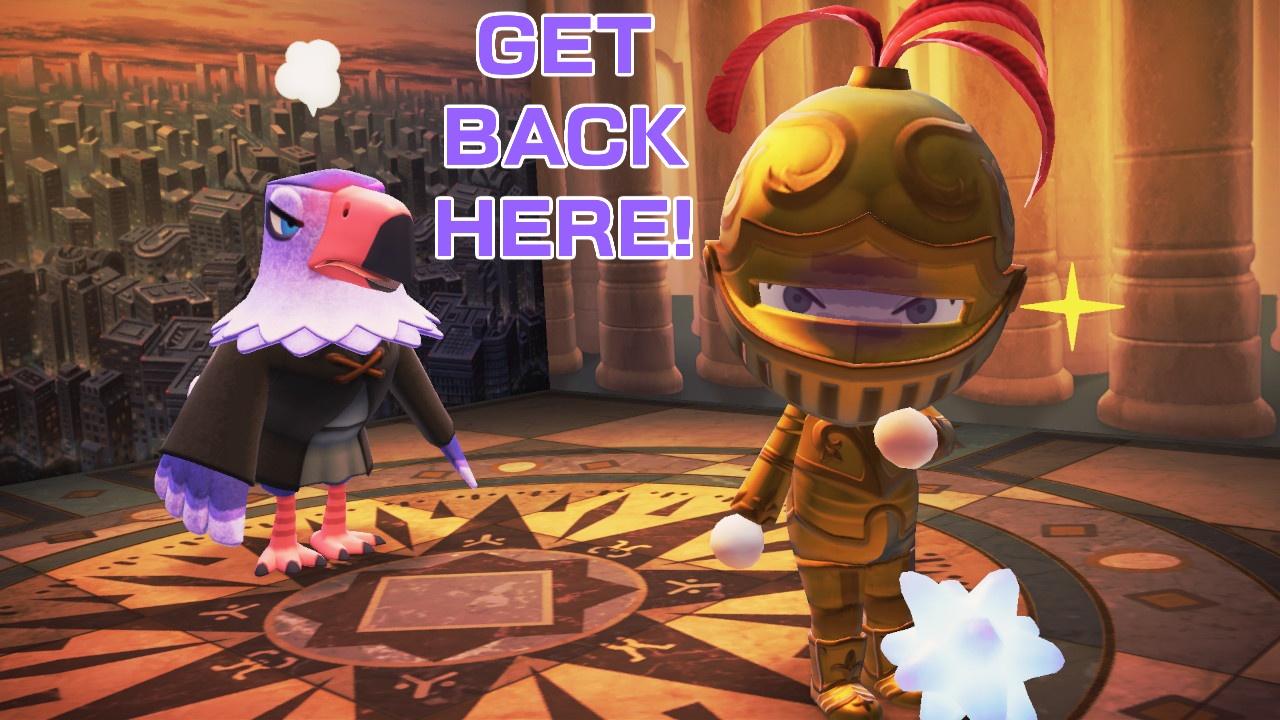 Poker Club is an immersive simulation where you bet money on that one card game I've never quite gotten the rules down for and don't care to. 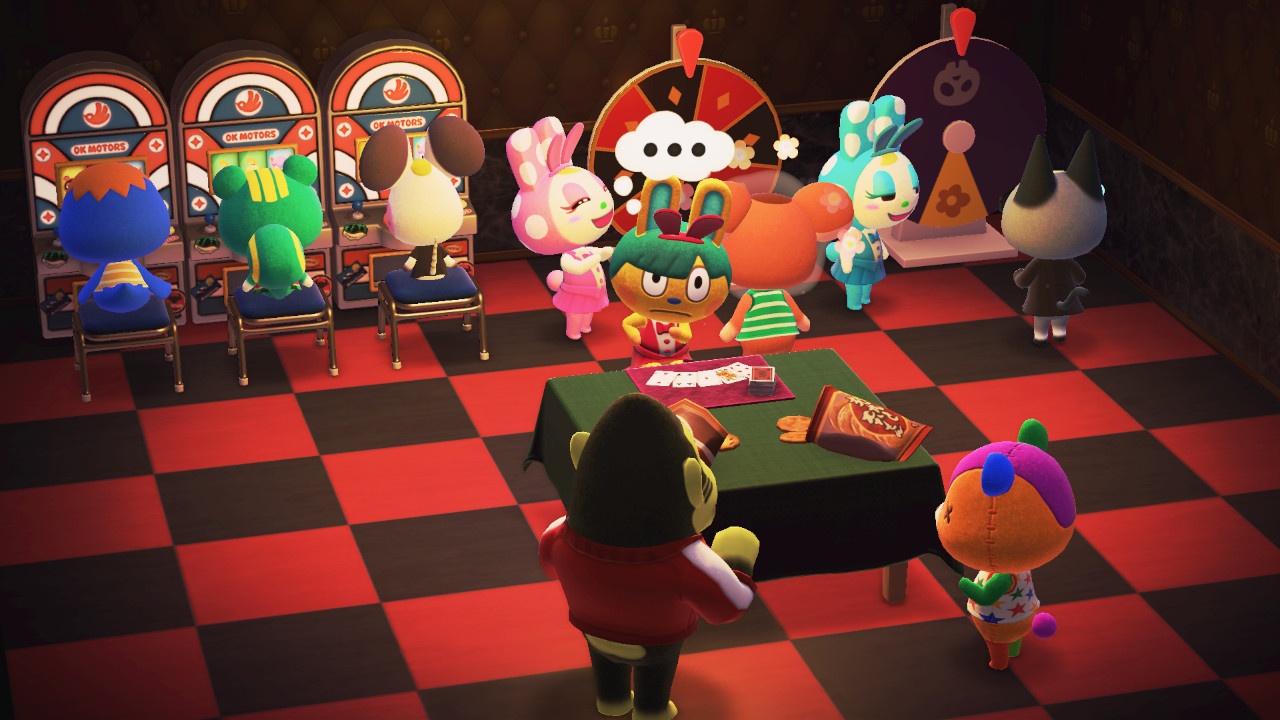 DEEEER Simulator: Your Average Everyday Deer Game saw Goat Simulator's giant pile of money and decided it wants some of that shit. But instead of causing chaos in a somewhat grounded setting (before branching out into other genres) it immediately hits the wacky stack with muscle sheep police cops and glowy eyed giant koalas and gun antlers. One of the game's images is a deer with wheels doing that Kaneda bike thing. 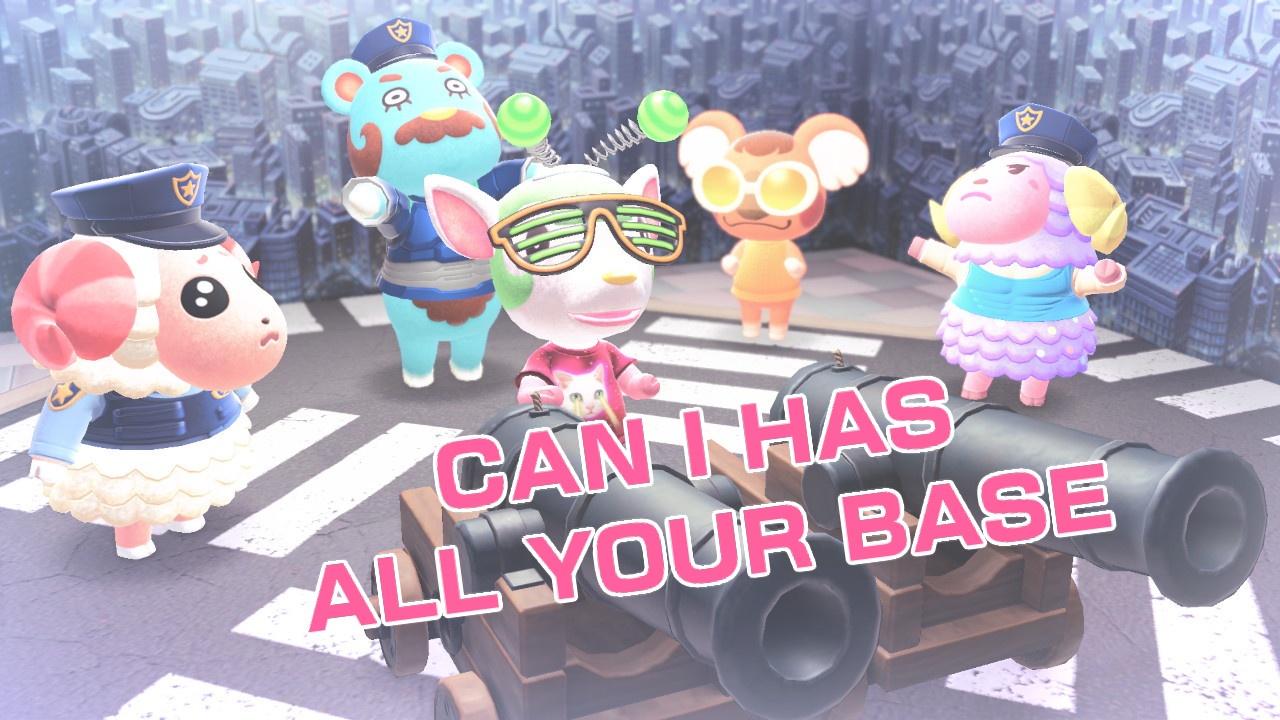 Roboshark Rampage is an endless swimmer that has you as a robotic shark killing all the things and trying not to bump into junk. 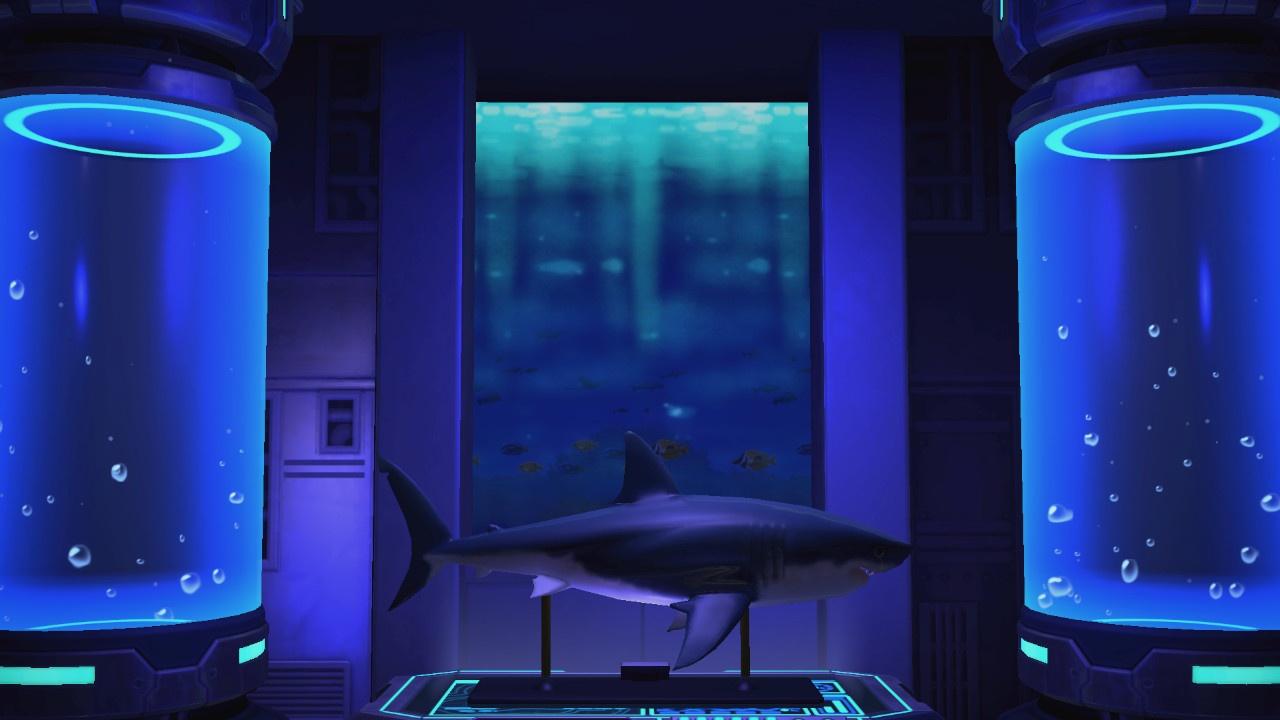 I already covered Doctor Who: The Edge of Reality a few weeks back, but now it's on Switch! Play as some random Doctor-adjacent nobody as the current Doctor and special guest star Doctor Everybody Likes do their thing. No you can't play as the Doctor! We remember what you did last time, Murdery Murderson. 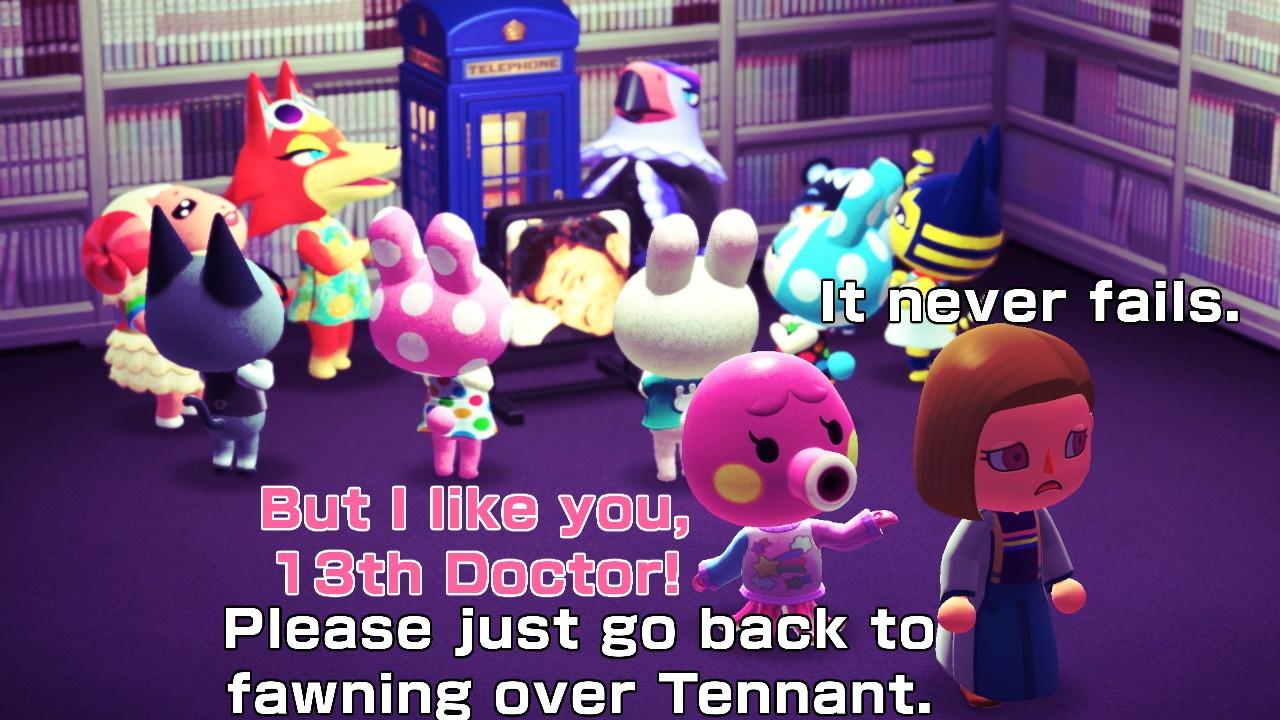 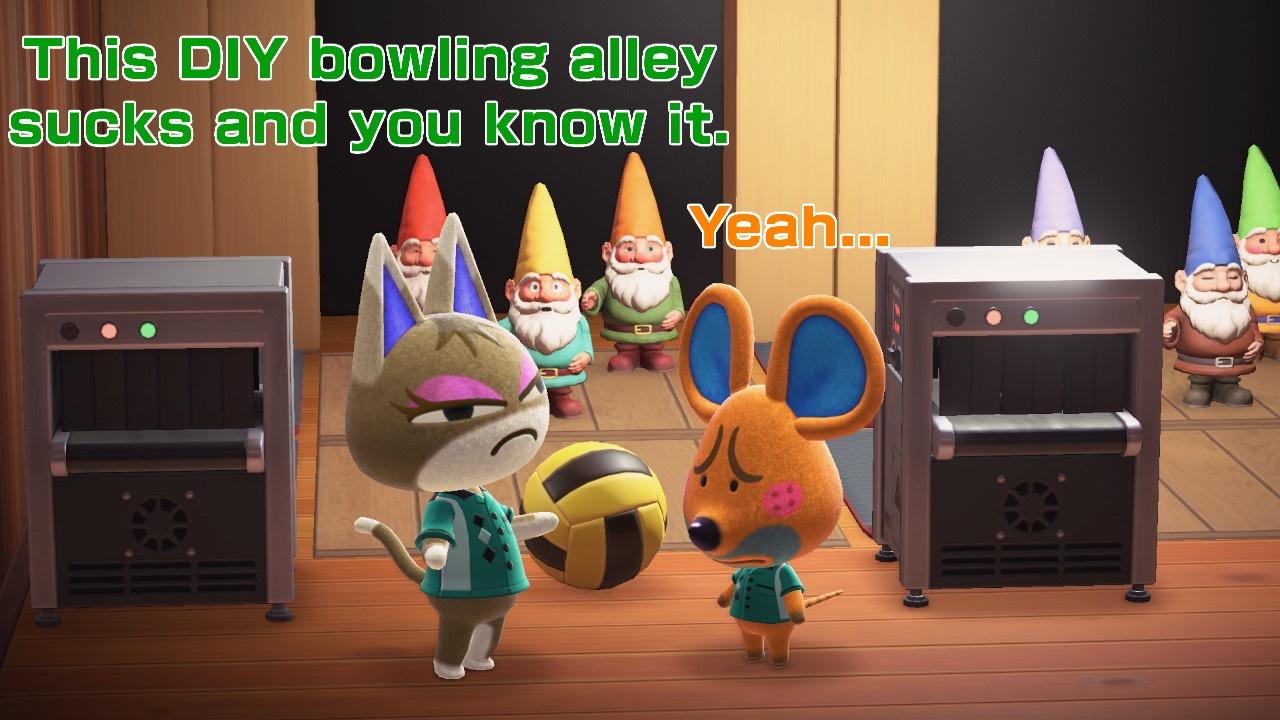 Octopus Prime said:
Next up is a re-release of an older retro game collection, now with MORE STUFF; Disney Classic Games Collection, and this time they've added The Jungle Book (both console and handheld versions) which is, according to our own Madhair, Very Good, and they also added EVEN MORE Aladdin, by adding the SNES version as well!

Sure would be nice to see them NES games though. Just saying.
Click to expand...

The Disney Afternoon Collection has NES games and is only $20! I got it on Xbox when it came out and highly recommend it.

Five dollars, for the moment.

Some of those games are surprisingly difficult considering the original target audience. Darkwing Duck is Mega Man with four hit points, and TaleSpin is... a serious disappointment. All that potential for a great video game, squandered on every console of its time.

MetManMas said:
One of the game's images is a deer with wheels doing that Kaneda bike thing.
Click to expand...

Death's Door was one of my favorite games this year, receiving the coveted Seal of Owl-proval. If it sounds even vaguely interesting to you, I encourage you to give it a try!

Octopus Prime said:
Sure would be nice to see them NES games though. Just saying.
Click to expand...

You and maybe like 4 TASers are probably the only people who want to see the NES port of the Lion King re-released; it's not even finished

The best things in life are worth waiting for!

I'm guessing you want the death animations for Timon and Puumba most of all.

I love these retro collections like Disney and Blizzard getting new games added after the fact (free, in Blizzard's case). I hate that Disney Afternoon Collection came out right before Switch release and never got a port.

ArugulaZ said:
I'm guessing you want the death animations for Timon and Puumba most of all.
Click to expand...

Artistic intent should not be censored!

Let's look at some more of the games available this Turkey Day/Black Friday week!

Disney Classic Games Collection now has a bundle that brings some versions of Jungle Book* and the SNES version of Aladdin along for the ride! Now that a Capcom game is on the collection it finally has a game that's actually a good platformer instead of just a pile of infuriatingly difficult Eurojank with pretty animations that people like. 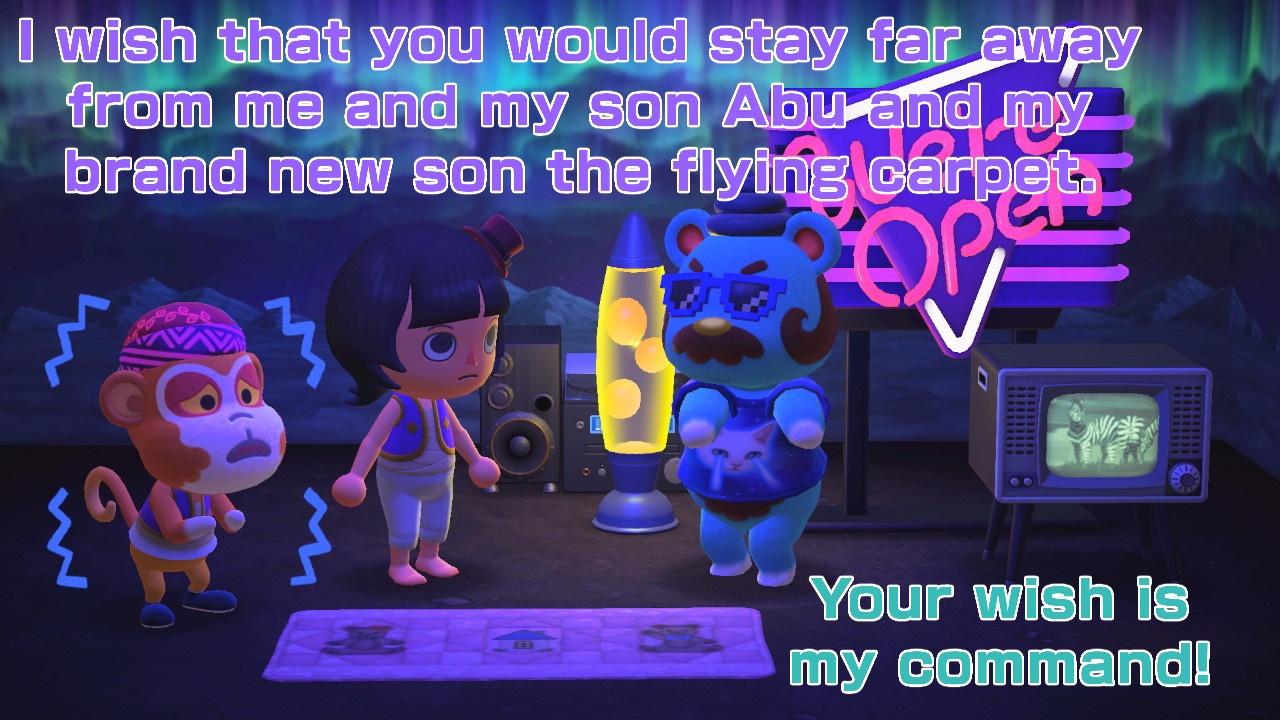 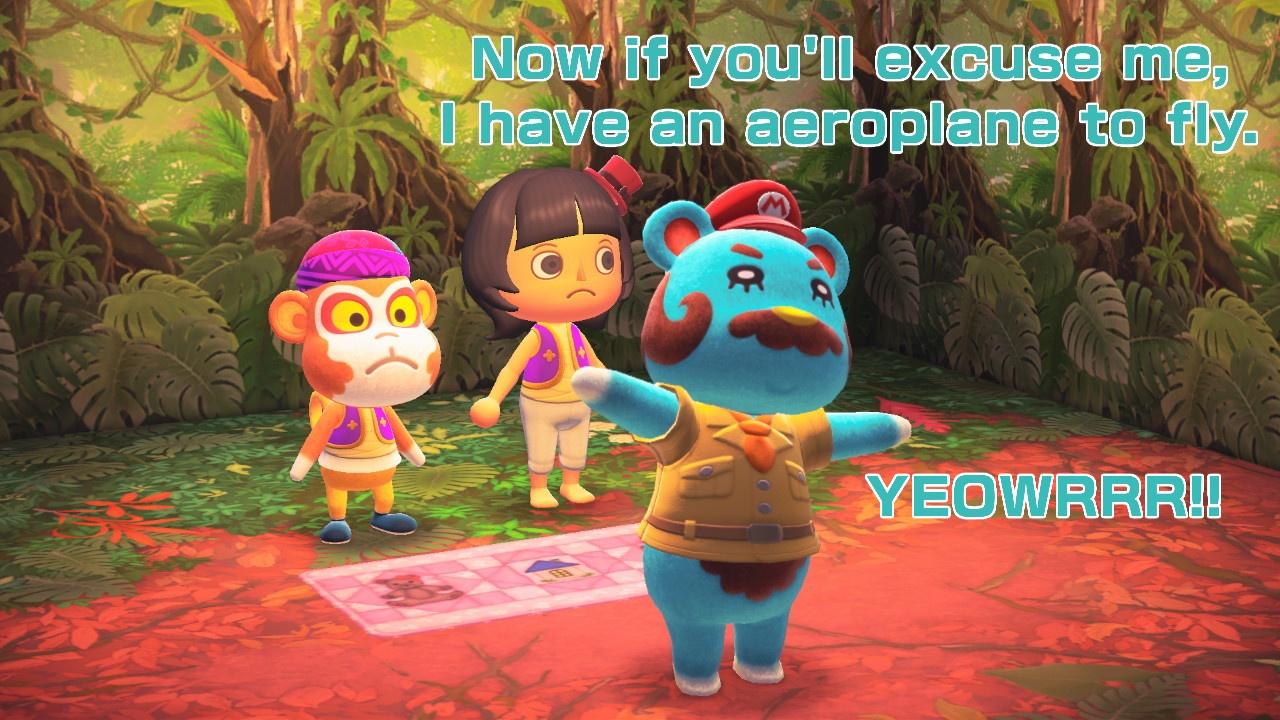 Shiro is a kill-ya-dead platformer where a girl named Holo goes through all kinds of deadly environments to save her sister Shiro from a witch. And the boxart Holo looks way different than the in-game Holo. 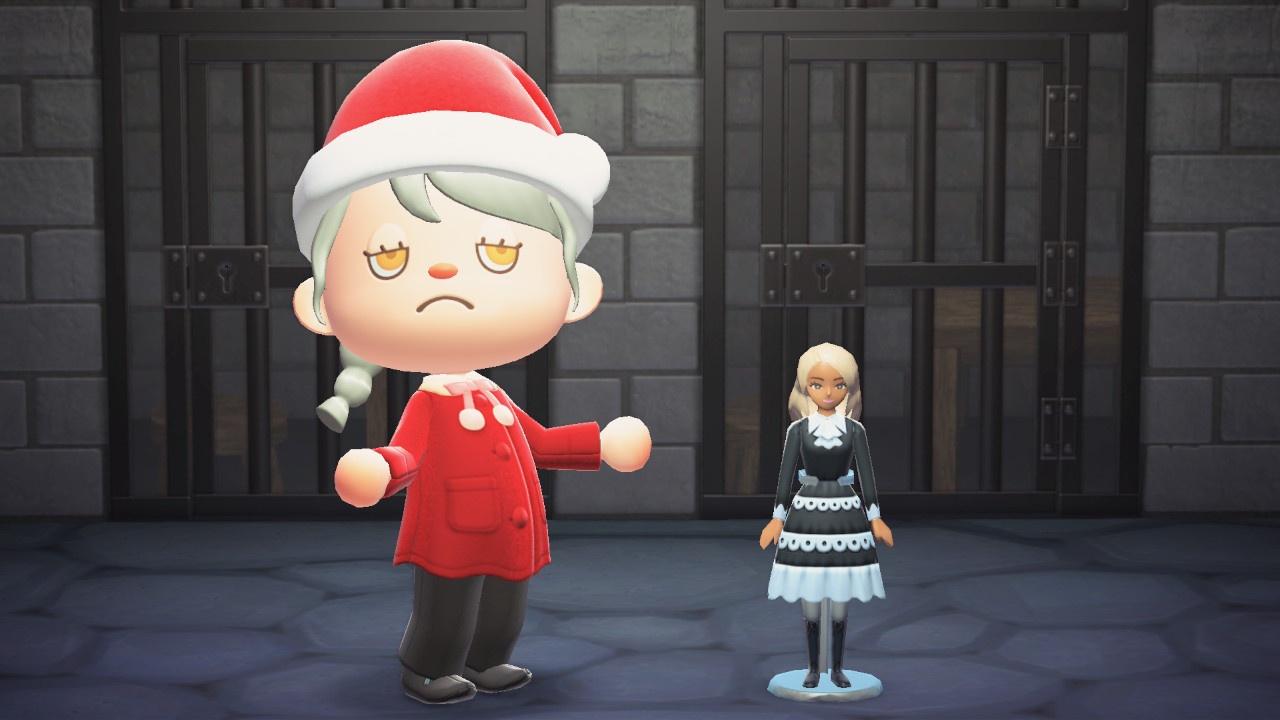 Starlight Shores is a no-budget visual novel where you and your friends are on a getaway to the beach and one of your friends brings along a friend of his that none of you know. There are multiple endings and multiple people to romance in this short story. 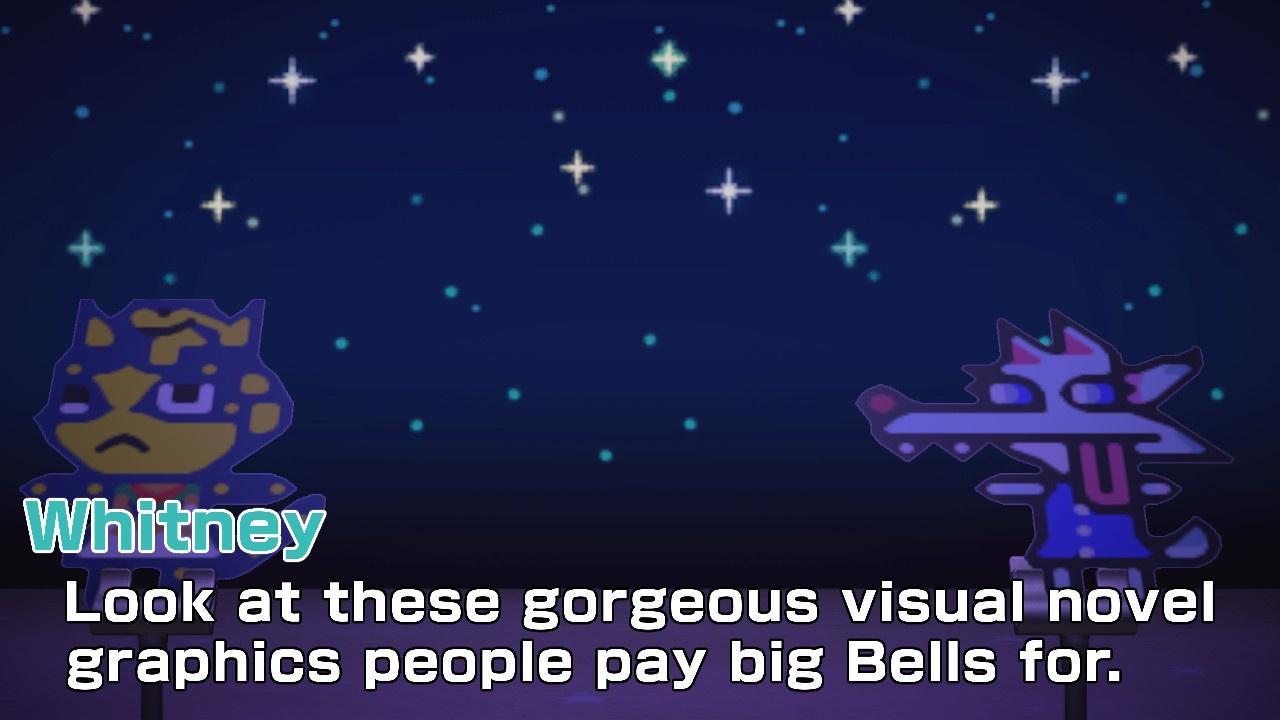 Cabin Fever is a (comparatively) less low-rent looking visual novel where you're a computer programmer living in a cabin in the middle of nowhere who has a mysterious young woman show up on his doorstep one day who changes everything. 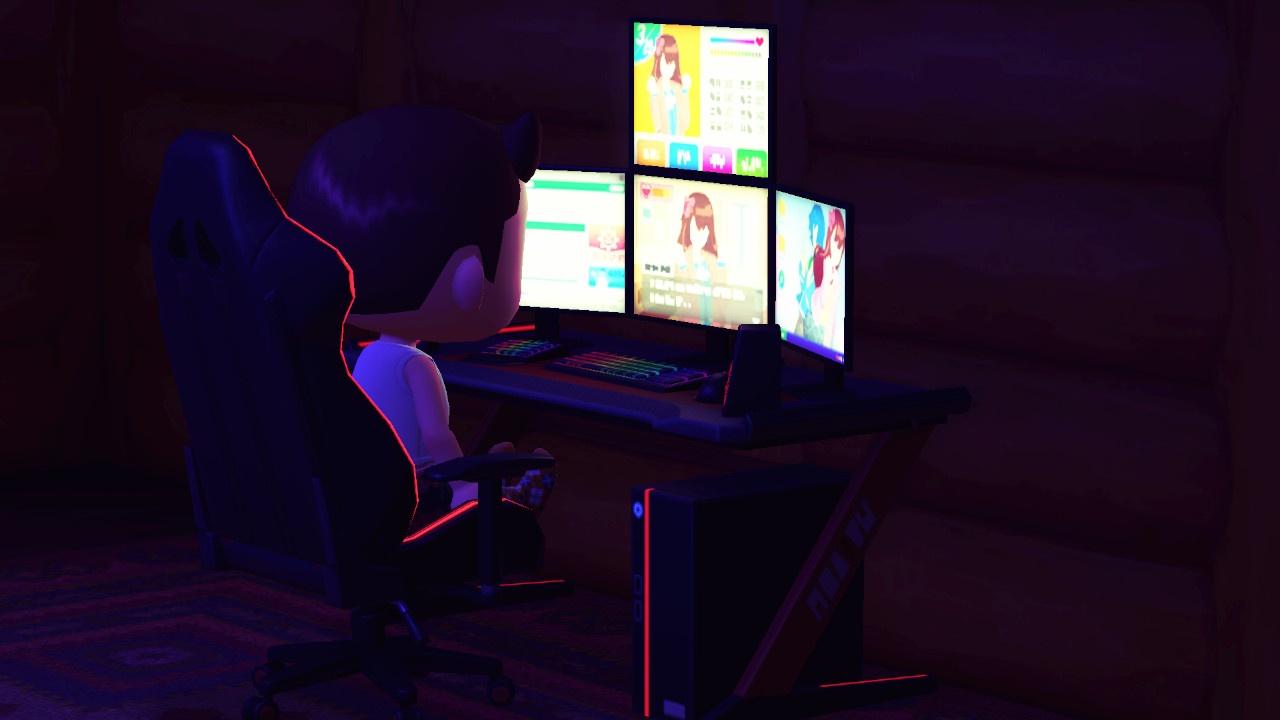 And our Arcade Archives game of the week is Namco's Phozon! Have your spiky ball thing latch onto balls to create matching molecule patterns. 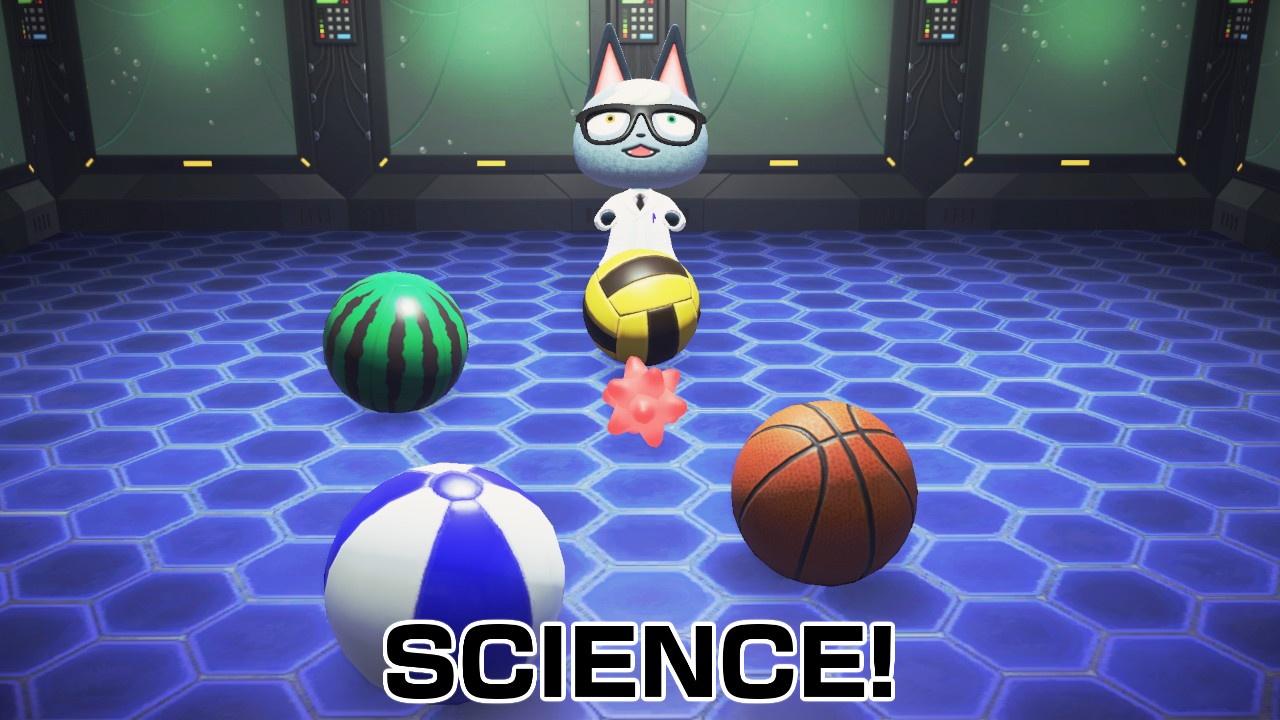