Good to know that even when some things change in scary ways in life, the Pirates will still be the Pirates.

I don't really understand why people are focusing on their being two outs? It's always a force at first. The only reason to tag somebody running to first is if the throw or a ground ball brings the fielder up the line.

My thought was that he was trying to prevent a sacrifice play from bringing in a run, so moving back home means the ball gets there immediately -- in fact he got rid of the ball before he could tag the first-base runner, and then left the plate unguarded letting the guy get two bases in. I mean there are a number of ways to look at this as a bad play, but had he just tagged first there would have been no run to throw home to prevent!

There wasn't a play at home off the bat though - the runner was on second at the start of play. In fact, if there had been a runner at the third, the first baseman would have thrown home immediately, he wouldn't have bothered jogging up the line. It just makes no sense.

karzac said:
There wasn't a play at home off the bat though - the runner was on second at the start of play.
Click to expand...

You know those ~cursed images~ that show up on the internet and every time you look at them you see something that's newly terrible/inexplicable about them? Absolutely no part of this play makes any sense to me.

Back when I lived in Morgantown there was a running joke that the Pirates were just a money laundering scheme. One thing that I have learned with the eyes of adulthood is that every professional sports team is a form of money laundering (see in particular the way that private stadiums are publicly financed), but with the Pirates, unlike almost every other sports team, there's no pretense that the scheme must mean the team has to be even remotely good or bring pride to the region. They just have to exist and facilitate the transfer of funds.

karzac said:
I don't really understand why people are focusing on their being two outs? It's always a force at first. The only reason to tag somebody running to first is if the throw or a ground ball brings the fielder up the line.
Click to expand...

It's a bad play either way. However, since there were two outs, if the runner scored, the inning would be over and the run would be nullified if they still forced Baez out after that.

Yeah that's true, I hadn't been thinking about that before. Still, there's not really a reason for the first baseman to be thinking about the runner scoring from second on that play, unless maybe there was a hit and run on?

Goes to show that Wilson Contreras is the secret hero of that play. Baezaybe got it started, but that's some seriously heads up baserunning from Contreras to see that he had an opportunity to score.

I went to a baseball game and sat in the vaccinated section! It was a lot of fun. I had a hot dog, some eloté and grasshoppers, and a couple overpriced beers of lackluster variety.

Also I watched Detroit pitch a no-hitter against my ostensible home team the Mariners.

It was a lot of fun to see my friends and I'm really glad I got a free ticket to do that in a public venue!!

I have never seen a no-no live, I'm kinda jealous. (Though my home team has only thrown ONE in their history. Juan Nieves in 1987, when I was four years old.)

Speaking of no-nos, any chance for me to possibly bring to ears that haven't heard it the story of Dock Ellis throwing a no hitter while tripping on acid is one I will always take.

Baseball is dumb and it sucks

Adrenaline said:
Baseball is dumb and it sucks
Click to expand...

Baseball is brilliant and I love it.

karzac said:
Baseball is brilliant and I love it.
Click to expand...

My friend is coming to visit in July, and we just made plans to drive up to Cinci for a Brewers/Reds game, and friends, I'm STOKED.

Baseball Reference has updated their site to reflect the fact that the Negro Leagues were major leagues. This is really cool, and I'm really interested to see the research that comes out of it.

MLB cracking down on substances for pitching 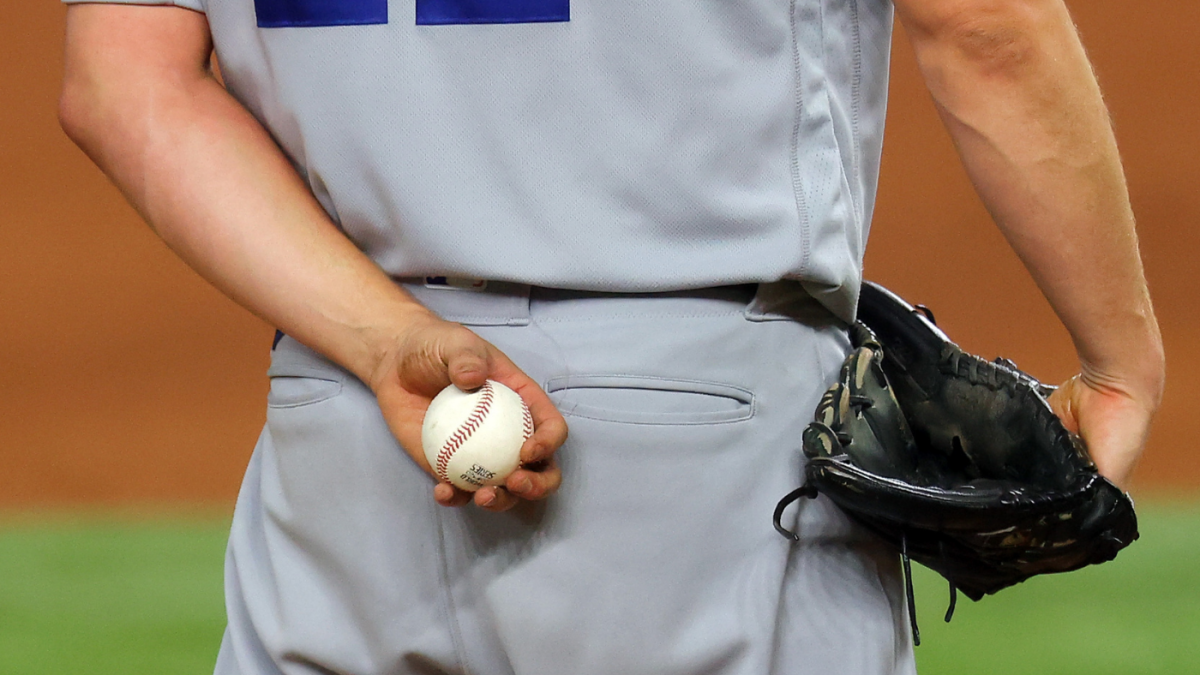 i'd have to say, in general, it's probably good, but in specifics there are still a lot of questions. I don't necessarily buy into the idea that this will mark a significant decrease in batter safety. If pitchers are throwing stuff they can't control, then it's half-admission that tack or whatever else is an excuse to rip your arms off throwing unhittable junk balls. It's probably better to develop more towards controllable throws anyway, considering half the pitchers that seem to be coming up these days are young guys throwing 100 mph sinkers that either end up down the zone or 20 feet out, with or without glue. (for the cardinals it's been about 100% of the guys)

The big question is how they will deal with both loopholes and necessities. They can't ban pitchers from wearing sunscreen, and having rosin or some other acceptable substance to help with grip is necessary to some extent (i do buy into player safety if you're not gonna give them a reasonable method to dry their hands. Maybe allowing sunscreen and rosin mix is fine enough (it feels like the bigger issue is spider tack or pine tar or something similar).

Either way, probably good they get something like this in the atmosphere, and hopefully it does have a good outcome. It's frustrating having seasons with more strikeouts than hits, even if we get some great pitching ninja gifs out of it.

Baseball is fine, but it sure feels archaic at times. Especially the attitudes of the people in charge and their players.

pudik said:
MLB cracking down on substances for pitching
Click to expand...

I was listening to Wilbon rant on PTI a few days ago about this, and it melted my brain more than most bad Wilbon takes. "BASEBALL IS ABOUT CHEATING, PEOPLE HAVE DONE THIS FOR OVER A HUNDRED YEARS! DON'T GET RID OF CHEATING!"

We've already got one pitcher blaming an injury on the lack of sticky stuff. We're going to here more stuff like this over the next few months, I'm sure - whether it's true or not. The answer is that pitchers are going to have to change their grips, deliveries and effort level to adjust. But while I'm in favour of enforcing the rules on the books consistently, I think making this change mid-season was a bad idea, for exactly this reason. You need to give guys a chance to change how they pitch without foreign substances. I think MLB should have announced the change last November and given everybody an offseason to make adjustments.

yea, it's really similar to the rash of substance abuse policy. The rules are vague, and the enforcement is uneven and inconsistent. It's even worse now considering beyond not really clarifying what is considered a foreign substance and what is acceptable (sunscreen and rosin must be allowed independent, when do they decide it's been mixed to create a foreign substance?) they also are just now deciding mid season it's something to enforce. I'm not entirely sure Glasnow's injury is completely due to this, but there is obviously going to be a negative affect if you're going to make pitchers adjust on the fly after a full offseason of a different set of rules.

though one thing I wish i knew about was the inconsistency of the ball. Changing the ball year after year is bad enough, but plenty of pitchers have been talking about how even within a game or inning they are given balls with a completely different feel, both seam and leather. It's probably always been like this to some extent, but has it gotten worse? or is it just with the tech and training we have it's way more perceptible, and with the refinement maybe it causes larger problems for pitchers pitching at the edge of human performance.

WisteriaHysteria said:
Baseball is fine, but it sure feels archaic at times. Especially the attitudes of the people in charge and their players.
Click to expand...

There is no major professional sport so trapped in its own past as baseball.

Good feeling: realizing that the fan on the camera is an old friend of mine from summer camp.

Bad feeling: realizing that her husband is wearing a Chief Wahoo hat.

The Scherzer situation seems to have mostly been about the opposing manager asking for a third check, not so much the standard umpire checks.

Romo's reaction was pretty great though.