Folks, we are a scant few days away from the release of Firaxis' next big strategy game and I do not know how to feel about it. As you may already know, I am a huge XCOM nerd, with hundreds of hours in both Enemy Within and War of the Chosen under my belt. But as much as I love the games this team has created, I'm a little torn between excitement and dread, since there are some pretty major changes in this upcoming game. First off, this won't be XCOM with super heroes - apparently they tried that, and it was super boring. Instead, we're looking at a game with character-specific decks of cards that then seemingly all get shuffled together and offered up to the player somewhat randomly. There's also a pretty big social component to the game, as your custom character gets to know a large crew of Marvel heroes via social events at your home base between missions. I'm hearing comparisons to Fire Emblem: Three Houses, if that gives you an idea.

But mostly, if I'm being honest, I'm not super enthused about the Marvel connection. I'm not a hater of the MCU, but things wrapped up so neatly in Endgame that I don't feel especially compelled to return to that universe these days. Though to be fair, I think this game is based on the comics, rather than the MCU itself. I'm also a bit skeptical because of just how much writing this game apparently has. As a huge fan of WotC, I can tell you that the writing was more or less the worst part of that game. It's possible that they got some other writers in, because there's way more dialogue in this than in anything they've made previously, but for now it's a bit on an X factor.

That said, I'm not sure I can see myself skipping the next game by the XCOM team. So watch this space, I guess, and we'll see if I cave on launch day!

Yeah OK, I mostly posted this as an excuse to use the thread title.

I'm hopeful this will turn out well. I love XCOM via Firaxis and I like the MCU enough to be invested in the premise, but I will admit the card system has me a little nervous. Looking forward to seeing how it all comes together, tho.

I was really excited about this, but it looks like this is neither the game I wanted nor the game I expected. Also, I hear it's laser-targeted at big comics nerds (with a bunch of deep cuts), which definitely does not describe me. So, I'm probably going to push it quite a bit further down my wishlist/queue. That said, different doesn't mean bad! I have a lot of faith in this developer, so I'm hoping to find something fun and novel here.

JBear said:
I was really excited about this, but it looks like this is neither the game I wanted nor the game I expected. Also, I hear it's laser-targeted at big comics nerds (with a bunch of deep cuts), which definitely does not describe me. So, I'm probably going to push it quite a bit further down my wishlist/queue. That said, different doesn't mean bad! I have a lot of faith in this developer, so I'm hoping to find something fun and novel here.
Click to expand...

I'm not huge comics nerd either, but I'd rather they take a deep-cut story like this than make something movie-adjacent. And I agree with you that there are a lot of reasons to give Firaxis the benefit of the doubt, so right now I'm leaning towards playing this. I'll probably wait for a few reviews before spending any money, though. On the bright side, I was listening to the interview with Jake Solomon that Waypoint did earlier this week and apparently they really did get help with the script writing from other teams at 2K. That's reassuring to me, considering just how story-heavy this game appears to be.

Turn-based strategy is generally a turn-off for me, but superheroes and deck-building is enough to at least get me to want to check it out. It has Blade! And Ghost Rider! And Wolverine! I don't know if this ends up being a team-based Fights in Tight Spaces or what, but like I said, my interest is piqued.

The Waypoint interview mentioned earlier in this thread was really interesting, and I definitely recommend to anyone who wants to hear about the develop process of this game.


JBear said:
I hear it's laser-targeted at big comics nerds (with a bunch of deep cuts
Click to expand...

As they described it (and maybe you'll pulling from this save interview, but I wanted to add some context), the idea was that they didn't want to create the expectation that it would be an MCU game, so they went with an adaptation of a story from the 90s that isn't super well known to not give anyone the wrong idea and create a distinct identity. But in practice over the past 5 years many of their "deep cuts" became household names, so it should be more accessible to people whose main exposure is the movies (or other adaptations) by this point in time.

When they started making this, they never could have expected Agatha Harkness of all characters would become the most viral moment out of probably everything that's came out of the MCU TV shows, for example.


WildcatJF said:
I will admit the card system has me a little nervous.
Click to expand...

They also talk about this in the interview, and as I remember it basically the original pitch was X-COM with superheroes, but in practice it felt really bad and wrong to have Iron Man or Captain Marvel feel as fragile as X-COM characters, so (inspired by Slay the Spire) they tried cards as a way to balance access to various abilities while maintaining the core character fantasy.
Last edited: Nov 26, 2022

estragon said:
practice over the past 5 years many of their "deep cuts" became household names
Click to expand... 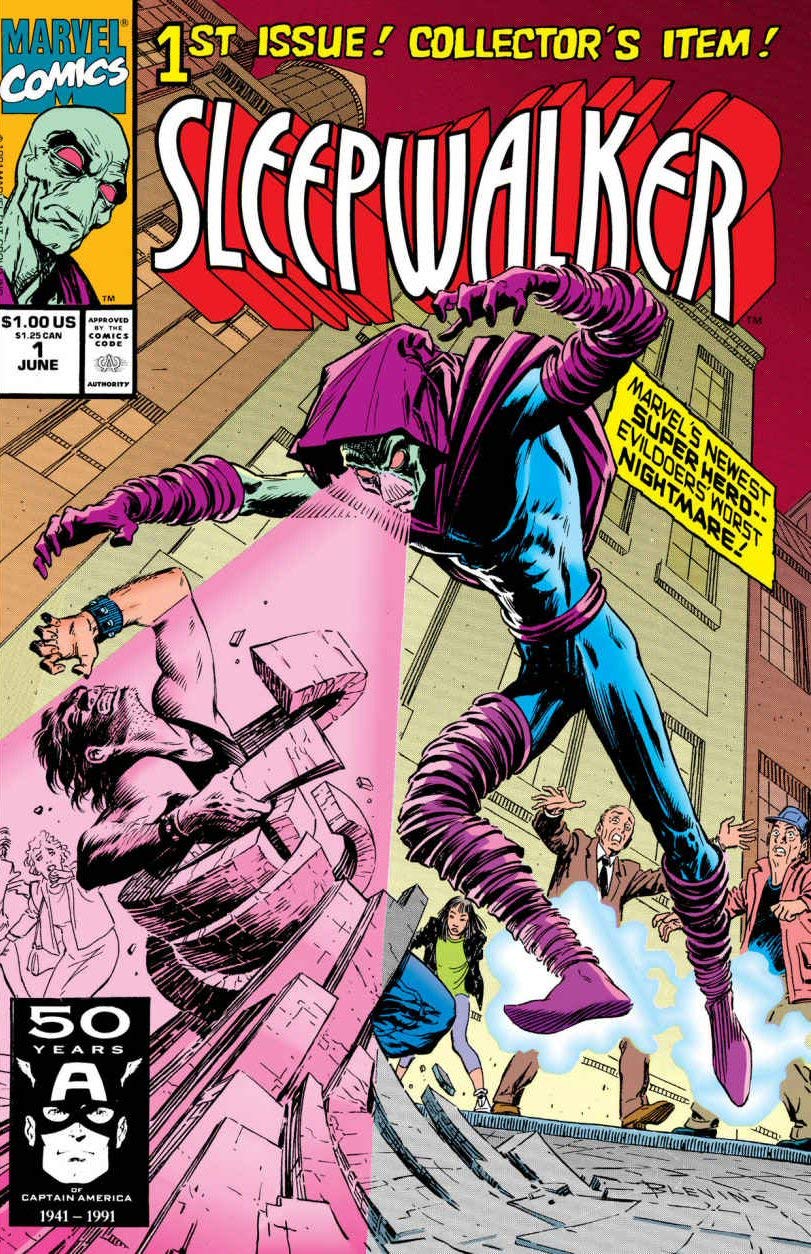 “Full of deep cuts for comic nerds” is such a selling point for me you have no idea.

…you probably have a very good idea. I made a dedicated thread to reading Thunderbolts.

That being said; I’m both waiting for the Switch port, and waiting to see how that port compares to the others before I get excited.

Give me a game with this... 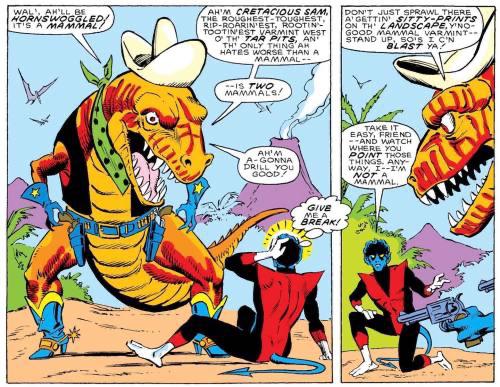 Rob Zacny (whom I trust implicitly with this sort of thing) was a little more moderate in his praise, but still generally positive toward the game. It's possible that I'll crack and buy it, but with such a heavy emphasis on story, I might end up waiting for the first sale before I do. We'll see how December goes, I guess.
Last edited: Thursday at 7:27 PM

In that review and on the podcast Rob has been comparing its heavy emphasis on social elements between battles and relatively easy combat balance to Fire Emblem: Three Houses, rather than first impression it gives of being Marvel X-COM. In the review he concludes that this gets the balance a little better than FE:3H because combat never becomes quite that trivial. I don't think I want a version of FE:3H starring this set of characters, but I can imagine that would be appealing to a lot of people (including many on this forum) and I can see why they went in that direction.

I read somewhere else that it was something akin to Persona, rather than FE. But, I don't know if that is a distinction with much of a difference, not having played it yet.

I know I would prefer it if it was more like Persona than FE, but that is just me.

Falselogic said:
I read somewhere else that it was something akin to Persona, rather than FE. But, I don't know if that is a distinction with much of a difference, not having played it yet.
Click to expand...

Yeah when Rob Zacny says it's like FE:3H, he specifically means the walk around the abbey and talk to your friends segments, which are similar to (maybe even consciously modeled after) Persona 3-5's walk around and talk to your friends segments, so I don't think this is a meaningful distinction. Basically: It does the thing in Persona 3-5 and FE:3H where a lot of the game is about walking around your home base and talking to your party members. Rob specifically is making the FE:3H analogy because it's a strategy game rather than JRPG, and also because the combat in those strategy segments is not as difficult as people might expect from an X-COM style game.