I wouldn't even call it ridiculous. It's in our nature to humanize things, especially things we grow attached to due to the work and dedication we've put into them. Curiosity is not a human being, but it represents human science, human achievement, and most of all, human passion.

MANU IS COMING: A Rice Against Time

This story is being livetweeted at this very moment, so check for more recent updates here.

OMG my brother in law, the gift that never stops giving, was tired of being sent to get rice every day so he decided buy in bulk, talked to the shop about it, wires got crossed, now there is a literal TRUCK FILLED WITH RICE outside the house and my sister is losing her shit lmfao

If you have never heard a woman destroy a man with one sentence 25 times in a row you should meet my sister. She's terrifying rn, I'm on the phone and I'm scared and she isnt even angry at me lol

To clarify, this is India so when I say truck, I don't mean SUV, IT IS A LITERAL LORRY FILLED WITH RICE

Update: BIL is now negotiating with lorry driver. My requests to keep phone on speaker so I can here have been coldly rebuffed. I can however confirm that bribe has been offered and rejected. I cannot say whether this was a question of principle or price

Update 2: BIL wants everyone reading this to know that I'm dick for livetweeting it and this is not helping

as a horror writer, I can now confirm to ou with evidence that anything can be horror, I just watched a man's face curl up in abject terror at the words "Why Is It Still Outside My House?"

Update to Drama: BIL had come in to explain that driver insists they'll have to take the rice(and pay) but midway through thouht better of it and is now negotiating with driver again. An excellent demonstration of the flight instinct in mammals when confronted with mortal peril
Side update: They also apparently have to unload the rice themselves.

Update: Calls are now being made to owner of warehouse

Update: BIL is making headway. Lorry driver and helper have accepted cigarettes from him. Negotiations have resumed while all 3 smoke.

Update: Lorry driver just laughed at something BIL said. BIL also laughing. Cigarettes may have been a masterstroke by BIL. We are moving our reporting back indoors to inform Sis.

Key Update: Cigarettes were in fact a huge strategic blunder because BIL apparently assured sis that he's definitely finally quit smoking on Sunday and in no way shape or form was supposed to have packs of cigs just there in pocket ready to be used as negotiating aid.

Update: Bereft of victims for the moment, sister is now asking me if I knew about this. There may be a slight lull in updates while I swear innocence and try to avoid becoming collateral damage in this tale of Indian Carnage

Update: I have convinced sister that I am not party to this. However Mom and I have fled back outside because dad just walked in and asked sis "what is this truck outside why did you call it?"

Update: Manu is not answering the phone.

Update: Dad has also come outside and joined outside reporting crew. Mom asked him why are you here and his response was why are YOU here?
We are all here

Manu is now speaking to lorry driver. Driver is getting animated. He is the real victim(I kinda agree)

Manu is now speaking to BIL.

BIL is getting animated

Manu has asked to speak to lorry driver again

Manu clearly believes in getting all sides in a conflict before coming to a decision because he is now speaking to lorry driver's assistant. A wise judge. Maybe he'll want to speak to me too. One can but hope.

Manu is now speaking to BIL again. So far he has shown no interest in speaking to us. This is humbling.

Mom is scolding dad for demanding to speak to Manu. Dad has been banished back inside as punishment.
Meanwhile Manu and BIL do not appear close to a resolution.

Dad attemped to break curfew and come back out. He has now claimed he's done with the whole thing and doesnt care and also where the hell is dinner and he is going to room to watch news because state of the world matters more than a ruddy truck.
Valid points, but I am skeptical.

First however, Manu obv has to talk to driver again. Manu seems to be a talker, he has lots to say to everyone.

Still nothing to say to me though. Hey Manu, nobody likes a snob, you know. I'm a person too.

Phone has been hung up. We are now waiting for Manu.

holy shit a lot of y'all care about my BIL and his misadventures with rice trucks. We're still waiting for Manu so consider this an ad break. Get popcorn, visit the loo, order some rice.

also since whats an ad break without ads, I talk about storytelling, humour etc here:

Shiv Ramdas is creating writing/journalism and communities | PatreonBecome a patron of Shiv Ramdas today: Read NaN posts by Shiv Ramdas and get access to exclusive content and experiences on the world’s largest membership platform for artists and creators.https://www.patreon.com/ShivRamdas?fan_landing=true

Update: Manu called again. He is lost and needs directions.

Mom is making everyone eat food while we wait. Ironically there is no rice on menu.

Update: Mom just called back. I think Manu may have arrived.

Ok we're outside(sorry bout delay, but we're dependent on mom who DGAF about anyone during dinner, even Manu)

Since I know I cared about this and was wondering, Manu kinda looks disappointingly average. He's just normal, random desi uncle in shirt pant. Sad!

BIL shows off his chops and seizes the floor.

BIL is now making what appears to be a passionate case. Manu certainly appears sympathetic, he is nodding.

Manu is now nodding at what driver says. Manu nods at everyone.

BIL just played the "are you married" card. This is escalating. Manu's sense of husbandly empathy has been invoked.

It turns out Manu is indeed married. BIL is visibly relieved.

Lorry Driver wants them both to know that he too is married.

In a tragic twist, Lorry Drivers marriage was not deemed worthy of discussion by anyone. Lorry Driver is now my rooting interest

It appears Manu is brokering some sort of compromise.

Apparently compromise is that if BIL buys some sacks of rice* and then Manu will make the rest just go away.
*Number under negotiation

Manu has opened aggressively with a you take half I take half offer. BIL has counetered by pointing out in that case Manu will need to take him too

BIL is now saying he can do 10 bags but does Manu want a bottle of scotch thrown in? I deeply admire this man's commitment to corruption.

The lorry driver has shared that he however, would rather like a bottle of whisky. He is also willing to accept rum. He's accomodating like that.

Manu has informed him he won't be getting anything of the sort. Lorry driver looks unhappy

Lorry driver is no longer speaking up when Manu wants him to chime in. Heel turn.

BIL just produced a MS Dhoni/Tom Brady level comeback and has sent for rum for lorry driver. He is exploiting the breach.

Update: Mom is not going to bed just yet, I invoked this ridiculously large audience and it swayed her.

I think she may be judging y'all for caring this much about rice, but she's been judging me my whole life too, you'll be fine

Neighbour Uncle has emerged wearing kurta pajama. He wants to solve the problem himself.

Meanwhile BIL and Manu seem to be closing in on a deal in the 20-25 bag range. Lorry Driver is now not even trying to hide his alignment switch.

They are now shaking hands. I believe we may have an accord.

Final terms: 23 bags, one bottle Old Monk, one bottle scotch*. Everyone is exhausted.
* Lorry driver is the best fucking negotiator of the lot

Lorry driver is sick of this shit. He has told helper to unload bags.

Helper, LD and BIL are now unloading bags. This will take a while.

Manu's work is done. He is leaving. This is not the only crisis he needs to solve tonight, no doubt. No rest for the elite specialist

I can't wait for the musical, damn.

That was downright epic. 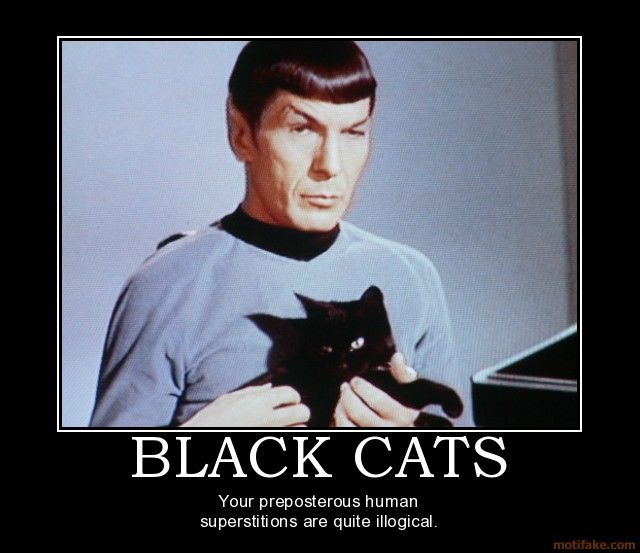 Very cute fanfic but clearly written by someone who never watched TAS. Vulcans keep pets and emotionally bond with them - they’re not alien concepts. Both Spock and T’Pol had Sehlats as childhood pets, which are giant sabertooth cat-bears. 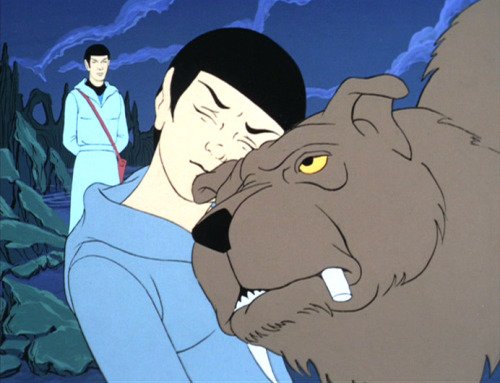 I think T'Pen would have some interesting conversations with Data. 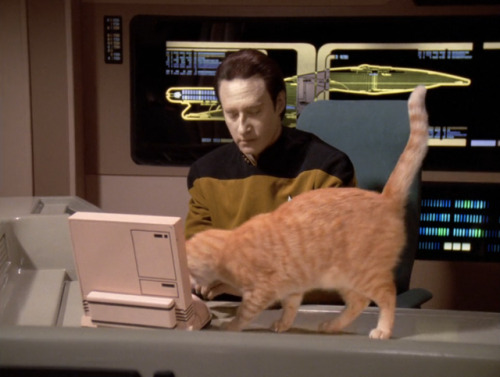 I know Trek almost exclusively through the movies, a handful of TOS and <20 TNG, so... has Data ever had a long conversation with a Vulcan, inasmuch as trying to understand humanity or Data's own identity? I'm trying to imagine such a thing in my head, but it's harder than I expected: their observational approaches are so different, where they both try to understand a situation through logic, but Data's naiveté and inexperience give him an incomplete perspective, while a Vulcan has the experience but applied through their unique cultural lens.

There is this bit from a TNG episode, where Data talks with Spock:

WisteriaHysteria said:
Very cute fanfic but clearly written by someone who never watched TAS. Vulcans keep pets and emotionally bond with them - they’re not alien concepts. Both Spock and T’Pol had Sehlats as childhood pets, which are giant sabertooth cat-bears.
Click to expand...

But they are Vulcan cats, so they surely are logical, polite and considerate, and the grammar of their inner thoughts must be exquisite.

They probably have round ears, too.

Positronic Brain said:
But they are Vulcan cats, so they surely are logical, polite and considerate, and the grammar of their inner thoughts must be exquisite.

They probably have round ears, too.
Click to expand...

And they still disdain humans!

I know it's long but not only is this a phenomenal take down of Flat Earth (not that hard to do really) but an in depth explanation of why Flat Earth, and other, conspiracies exist. What they are actually about. And how our current world has helped to accelerate their growth. On and then the twist. 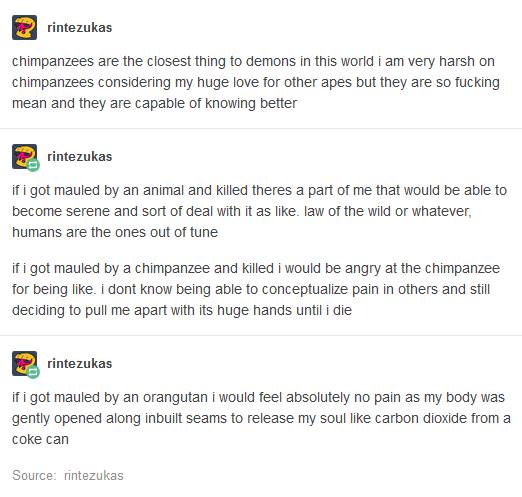 kilometres morales is an A+ joke. 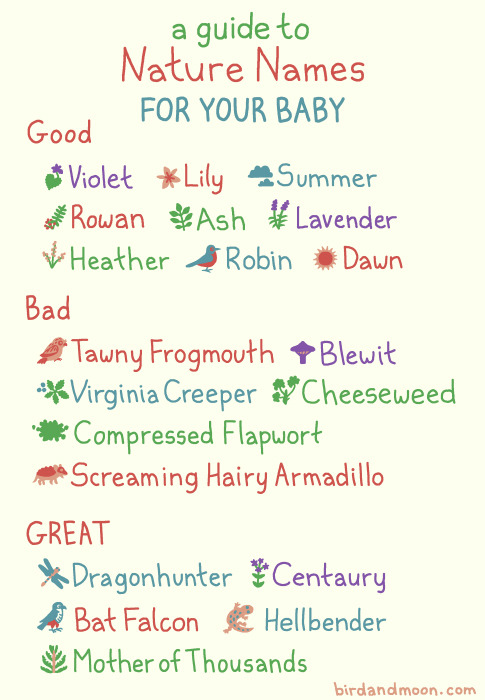 Sure, you say that now, but next year three in five girls will be named Screaming Hairy Armadillo.

Virginia Creeper was my nickname in high school.

One of my favorites.

I don't know or care how hygienic that is, I'm definitely gonna try that this winter when my apartment's balcony is heavy with a few inches of snow.

I don't know or care how hygienic that is, I'm definitely gonna try that this winter when my apartment's balcony is heavy with a few inches of snow.
Click to expand...

Dude, it’s just a maple raspado. Just get some shaved ice on an ice cold metal tray, spare yourself the risk of infection and all the extra lead that city snow comes with.

(but if you still chance it, we want pictures) 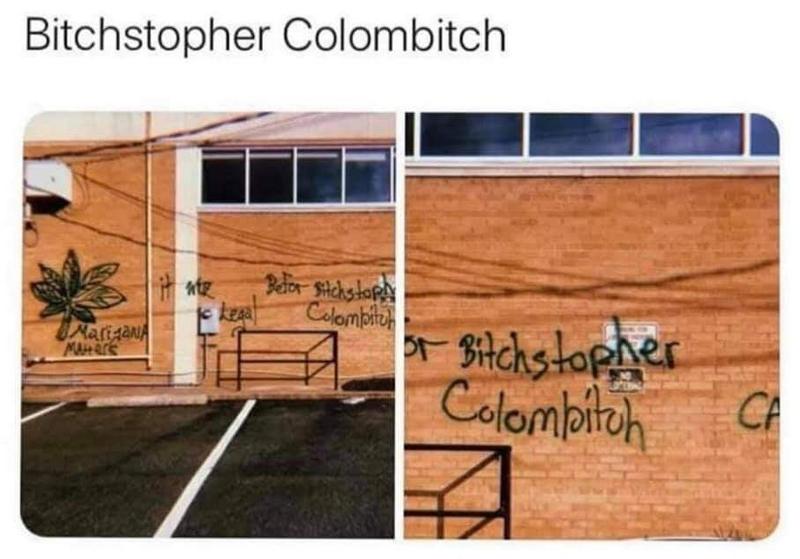 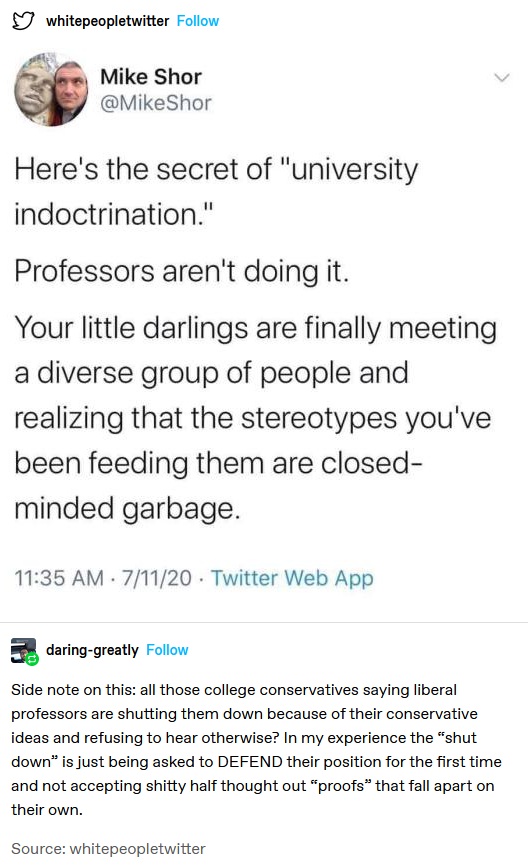 Also, speaking as someone who has taught undergrads, it’s usually not easy even to get them to do the reading, much less to indoctrinate them into some point of view that’s totally alien to them.
You must log in or register to reply here.
Share:
Facebook Twitter Reddit Pinterest Tumblr WhatsApp Email Link
Top