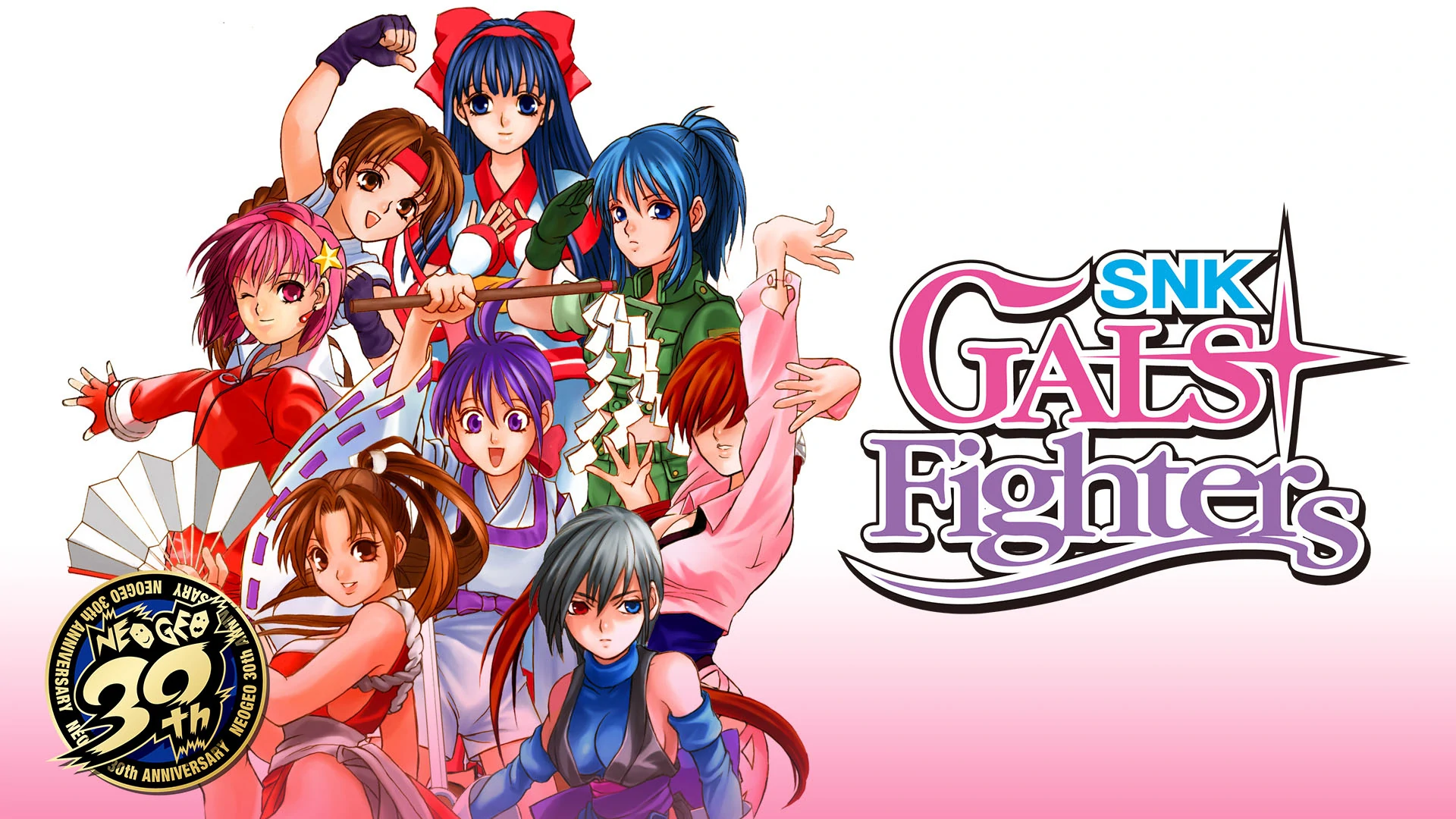 As has been known for a while now, Code Mystics have started and continued the unearthing and reintroduction of various Neo Geo Pocket Color games on the Switch, starting with the surprise pack-in bonus release of Samurai Shodown! 2 late last year--since released individually--that seemingly opened the floodgates to what one hopes will be a torrential downpour instead of a mere trickle. What unifies the so far released games is their emulation frontend that by all metrics is a tremendous piece of kit, feature-filled and professing quality every which way. There might also be another unifier in that the library is so far comprised of fighting games only, and the NGPC SNK fighting "engine" carries with it an unmistakably consistent gamefeel and aesthetic presentation, usually for the good of any given game because of how appealing these games are to look at and have hands on on an universal basis. Nonetheless, Gals Fighters as a representative entry into the pocket-sized fighting world is what I'd like to highlight over the others because of how its existence frames it as an all-too-fleeting, special entry in its genre and maybe for all video games. Some individual points of discussion:


I'm not altogether comfortable or complimentary of everything the game is: as funny as the execution of superdeformed comedics here can be, the interpretation of "women doing things in a focal role" and how often that's treated synonymously as a cutesy farce in media is one thing; the role of the ultimate antagonist being reserved for a crossdressing Iori Yagami instead of a woman with import and presence like the rest of the cast is another, and defangs the reading of the game as a fighting game exuding parity with the rest of the line and again gives license to dismissals of the work as a lesser-than punchline. These things are in the back of my mind when I try to reason out a way to approach Gals Fighters as what I want it to be and what it is most of the time: a fighting game from a major developer in their premier series, featuring some of their most famous characters who are not reduced to a fetish or otherwise warped in presentation to cater to more unsavory niche audiences. It's just the latest in a long line of great fighters, with a cast that highlights the women who have been there all along and its respect for the material is such that it encourages and enables the player to reciprocate in turn as they interact with it. It's mindboggling how rare of an approach this is, and how uplifting.​
That "simplifying" of game mechanics is often the tightrope the genre walks, especially if it intersects with gendered game design and risks potentially coming off as condescending in purpose. Many are the attempts at trying to make fighting games easier to internalize and even to explicate to people unfamiliar with their bizarre specifics, and often what developers land on are the streamlining and making consistent the inputs required for various maneuvers within the games--easier on both the brain and fingers to retain and execute. Gals Fighters is special because it does not seem to embody such an ethos out of a deliberate play to distill, but comes to exemplify it regardless naturalistically because of the system limitations in play. Again, we're talking about aspects that are shared between all Neo Geo Pocket Color fighters, but in the context of a women-centric fighting game highlight most keenly the aspects that are appealing about how these games work: they're just as complex and "legitimate" as the elder siblings on home and arcade hardware, which is just a ridiculously impressive feat for their time or any other, and elevate the experience of interacting with them if you're invested in the reading of a women-first video game being treated with the respect afforded to its masculine counterparts.​
​
As such the "brief press for light attacks, longer press for strong attacks" input set-up is both a stroke of genius for working around the limitations of a very limited control scheme without coming across as having made any compromise at all (in fact it is so intuitive that other, more "advanced" fighters may have benefited from experimenting with the concept later), as well as communicating nuanced play systems within the context of a game that frankly has no idea how to even contemplate condescending to its audience--if anything, the movesets here for all characters are some of the most versatile and extensive any incarnation of them has ever seen, often exceeding what's seen in their home games (the manual only covers a fraction of the total). Gals Fighters does not "dumb itself down" for anyone, to borrow a phrase from famous thespian Scott "Big Poppa Pump" Steiner, nor does it overwhelm them with interlayered systems, meters and insular terminology that so often gatekeeps the genre even as it's intended to open it up. It works in total unison with its medium of delivering the best, most understandable and legible fighting game experience it can, plays to all corners of the crowd, and always succeeds.​
​
~~~
​
Not sure where else to take this. Others could talk about Code Mystics' work overall, or the Neo Geo Pocket Color and the promise in making its library available to much larger audiences than twenty years ago, but I'm content in finding and trying to express why Gals Fighters is one of the best fighting games I've ever played.

Sorry that I have nothing meaningful to add other than I love this game and the Neo Geo Pocket Colour's defiant, esoteric house style in general.

Staff member
Moderator
All fighting games should adopt the terminology of referring to super moves as "Mighty Bops."