OK, I just watched the first act of the second episode of the Muppet Show and the star is Sandy Duncan. I've heard of her but I don't think I've ever seen her perform and instantly this number knocked my socks off.


WOW, that's great. Also, I want to see an alternate history where she played Harley Quinn because she's got that energy here.

Staff member
Moderator
I love the Muppret Show. The conception of puppetring here really is, like undoubtedly, high art. It's also super approachable and charming of course. It also is very much an artifact of a particular, sorta garish, aspect of 70s culture. They did have and eye for talent and attracted some really fantastic guest stars though, for what essentially is a puppet show. Its turned me onto some performers I would have never of had contact with otherwise.


Roy Clark was the host of Hee-Haw of all things. But on the Muppet Show he's super charming and a perfect fit. I love the technical performance aspect of this song but also how open Clark is. You can see his ease and confidence on the banjo and increasing concentration as he accompanies himself on more unfamiliar instruments. It's really endearing and it's accompanied by these wonderfully goofy backcountry muppets. It's the kinda vibe you only really got from Jim Henson.

Anyway I love a muppret. 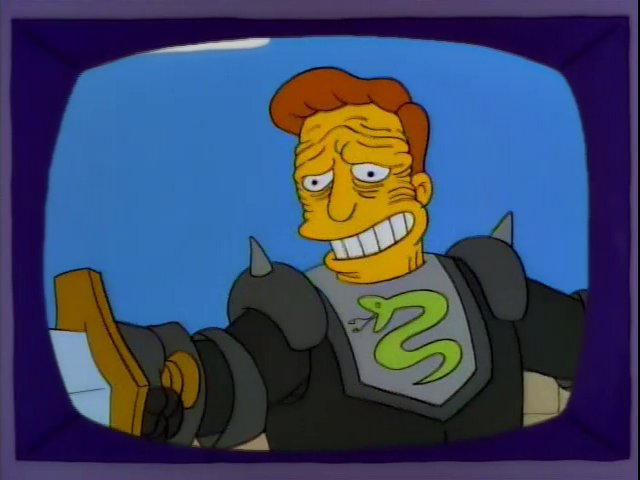 Roy Clark was an incredible musician, it's a shame most people only remember him from Hee-Haw. He had another great TV moment on the Odd Couple, of all shows:


But to get back to the topic at hand, I'm so happy to be able to watch the Muppet Show again. I grew up watching episodes that my parents had taped from...I don't know where, actually, and I bought the first couple of seasons on DVD for my dad way back when they first came out, but even then it's been years and years since I've seen it. Very much looking forward to digging into this.

I rewatched The Muppet Movie back when Disney+ was newish, and MAN, that flick is something special. Probably Henson’s best work. I was blown away.

Also my husband works for Sesame Workshop now, so that’s amazing. We watched a couple random episodes of the new stuff. One recent episode featured the Count teaching a new kid the pleasures of counting, but he teaches her so well that she starts honing in on his territory and counting things before he can, which sends him into an existential spiral because counting is all he has. All that to say the show is still in good hands.

Also we should all count our blessings that Henson managed to keep the Sesame Street IP out of Disney’s clutches.

Very much for the best. I'm so glad my niece really likes it AND Mr. Rogers (which I also need to start a thread for).

Also, I use "I'm Going To Go Back There Someday" as a lullabye for my niece and nephew.

BTW, this is classic:


I can't cite my sources but I remember reading that this was all ad lib. Either way, its a wonderful moment of television.

The very first episode has the newscaster run on stage for an emergency bulletin; calmly announce that nothing is happening, and then desperately run off stage.

Show knew what it wanted to be right from the getgo

I haven't had time to dive into any episodes yet but I am so glad they're available to actually do so.

Sprite said:
We watched a couple random episodes of the new stuff. One recent episode featured the Count teaching a new kid the pleasures of counting, but he teaches her so well that she starts honing in on his territory and counting things before he can, which sends him into an existential spiral because counting is all he has. All that to say the show is still in good hands.
Click to expand...

This is a big reason I love Sesame Street more than most edutainment programs: It does a lot to humanize its cast instead of having them just be edutainment machines.
Like, this could've easily just been a simple guessing game on any other show, but what really makes it is Kermit and Cookie Monster playing off one another.

Watching the first episode and I noticed the Swedish Chef's human hands.

The new show, Muppets Now!, has a couple of OK segments, but the easily best* one is the Swedish Chef cooking show where they basically revive this bit with a celebrity guest chef. You know they knew it was a winner because it's one of the only segment that's in every episode.

*Or at least the most consistent. A couple of the interview segments are also really good.

the John Denver and Mark Hamill episodes are really good. I've had a song from the former stuck in my head for a while now.

You know, I remember folks complaining when the recent sitcom referenced sex, but The Muppet Show is far hornier than that show ever was.

Sprite said:
You know, I remember folks complaining when the recent sitcom referenced sex, but The Muppet Show is far hornier than that show ever was.
Click to expand...

So I tried Muppets Now when I first got Disney Plus and it didn't work for me and I can see some of the problems watching the old show. Having them doing online performances makes sense as the next step, especially in the Pandemic Age, but my issue is that it was pure comedy and the old show always took time out for a sweet performance or an art performance or something that felt like it was working to a guest's strengths beyond comedy. I love comedy but Muppets works best in a variety format and I think it would be nice to have something that is still comedy heavy but feels much more varied. Of course, I gave up on Muppets Now early, so maybe they did and I missed it.

I also appreciate they have talented people I've never heard of. Granted, they might have been big at the time and now are more obscure like Zero Mostel but it feels like they are actively getting stage performers (like Joel Grey) as much as TV personalities.

BTW, I know Josh Gad wanted to do a new one but I feel like a show runner for a new Muppets series needs to be Lin Manuel Miranda. I love Miranda but its not simply because "oh, he's the new hotness and made the best musical" (though it helps) but also because 1) he's a huge nerd (watching him freak out over the time Weird Al did a Hamilton cover medley) and 2) he has the exact right mindset, I think, to remember even if he's going to present them as Internet Age personalities, that the influence of preceding media is strong and essential to their DNA.

Johnny Unusual said:
Of course, I gave up on Muppets Now early, so maybe they did and I missed it.
Click to expand...

They didn't and you didn't. Muppets Now kept to the same format all the way through, for better or worse.

Sprite said:
You know, I remember folks complaining when the recent sitcom referenced sex, but The Muppet Show is far hornier than that show ever was.
Click to expand...

Though if nothing else that clip shows people knew long ago just how creeptastic "Baby It's Cold Outside" is.

“They don’t write the old songs anymore.”
“Nope. They just write new ones.”

This show really is just an endless bounty of dad jokes, huh?

I'm really enjoying the rougher versions of these characters. I especially enjoy tortured artist Gonzo, smacking a rock with a hammer shouting "Art! Art! Art!" then getting offended when the uncultured rubes in the audience can't appreciate his brilliance.

Kermit is especially prickly. His fury at the banana sketch is the funniest joke they've had so far. He's just straight up a jerk. A lot of people complained when sitcom Kermit showed his manipulative side, or when movie Kermit acquiesced to kidnapping, but I feel like Season One Muppet Show Kermit would be down with both those things.

There was a meme on gay Twitter a while back wondering why Bert and Ernie have the reputation as the gay Muppets when Statler and Waldorf are right there in an opera box throwing shade. I was incredulous, as S&W show a lot of thirst for the female guests, but not the male ones, and Waldorf mentions having a wife. But then they were dancing together in the ballroom sketch, sooo... bi Muppets?

Also, Uncle Deadly is the actual gayest Muppet, and I'm glad Muppets Now leaned into his queeny side. I didn't realize he debuted alongside Vincent Price! Everything about him makes so much more sense now!

Phyllis Diller is the best guest so far. The humans work best when the Muppets are able to subject them to the same good-natured cruelty they show to each other, and Diller is so down. I adored that the finale was her playing "The Entertainer" poorly, with everyone else on stage clearly very uncomfortable and just wanting the whole thing to end as soon as possible.

Sprite said:
There was a meme on gay Twitter a while back wondering why Bert and Ernie have the reputation as the gay Muppets when Statler and Waldorf are right there in an opera box throwing shade. I was incredulous, as S&W show a lot of thirst for the female guests, but not the male ones, and Waldorf mentions having a wife. But then they were dancing together in the ballroom sketch, sooo... bi Muppets?
Click to expand...

Note, Lionel Barrymore was Potter in It's a Wonderful Life so... perfect match up?

Makes sense why he wasn't dancing!

Re : The Steve Martin episode

The premise is that the evening's show is cancelled and instead we are watching Kermit auditioning new acts. He tells the audience that by mistake there is no show, though anyone who bought a ticket and hang out and watch if they want to. From then on, in a great touch, the usual laugh track and applause track is replaced by a "smattering". This is also kind of weird: it implies the laugh track was diagetic to the show and the audience was always laughing at Statler and Waldorf's asides and the backstage shenanigans.

Elmo comes completely undone by the end of this and I love it.