That Nacho sure loved his daddy.

You know, I went into this episode assuming Nacho would live, not because the world of Gilligan's Albuquerque is a merciful place but because I thought the plan would go sideways and he'd fall into the hands of Lalo, looking for evidence. Nope, the entire build up promised a death and delivered, it being a brilliant and dark death march for a greater good.

Man, for letting this shit happen, Mike's nasty death in Breaking Bad feels more deserved to me. I love that the show lets us care about him and yet also reminds us that a "code" isn't the same thing as making real ethical decisions. But at least he stood by protecting Nacho's dad. But Nacho also did him a service... he absolutely is protecting Mike, the guy whom he truly respects, from once again having to take a life.

I still cannot decide if Nacho essentially saying all the shit Gus would love to say is him allowing those feelings to be felt or conversely, lets him get sort of a weird one up on Gus, who could never say that... yet. Of course, Gus makes a habit in the future of saying as often as he can to Hector in Breaking Bad.

My working theory is Lalo's death is going to backfire and by the end of the series he dies with only a small number realizing he faked his death... and certainly not any of the Salamancas who aren't Hector.

One thing I noticed in Breaking Bad/Better Call Saul is there is only one dream sequence in the series and it may or may not be a flashback. I feel like its a show that has intentionally NOT done that. So it's quite the fake out that we think we are going to see one and it is... well, that thing we are waiting for.

One touch I like is that in the therapist's office we are constantly hearing sound that COULD be Hamlin's car getting stolen, making it very clear there's no way he's going to notice.

They are trying to create a scandal so that they are forced to settle the Sandpiper case.

Ostensibly it's because Kim and Jimmy want to hurry the Sandpiper case through so everyone gets paid.

But really, Kim hates Howard for who he is, for implying her career decisions (like helping people in need pro bono) are mistakes inspired by Jimmy and not her own and for the fact that she wanted to be someone like Howard and that now sickens her.

Jimmy's along for the ride for the fun and passion but he is clearly having reservations. For now it's just goofs but Jimmy hesitates at ruining Howard's career. Jimmy's feelings toward Howard are more complicated. His "hatred" of Howard is a projection of his own self-loathing. Yes, he represents stuff Jimmy doesn't like; his privilege, his status, Chuck's respect and a fucking NAMAST3 plate. But Kimmy also sees someone who ALSO feels responsible for what happened to Chuck. When Jimmy is considering therapy, Howard is there and is struggling. Howard becomes a mirror and in season 5, he has so much laughing, he directs it at Howard. But actually destroying Howard instead of taunting him is a different game. The destruction of Howard will be the last rejection of Jimmy. Assuming he isn't resurrected in the ashes of a Cinnabon oven.

Am I the only one who thinks Gus's armor under his shirt is incredibly obvious and it's weird none of his employees notice?

Also, could somebody explain to me the meaning of the scene at the laundry in this week's episode? I did not understand what I was supposed to pick up there.

Gus hid a gun in the lab.

He probably borrowed it from Chekov to kill Lalo.

Yeah Gus seems pretty paranoid and worried about Lalo coming for him.

Yeah, I get that, just seems weird that he'd leave the gun at the laundry rather than keep it on him if that's the case. Maybe he's planning on luring Lalo there?

Whelp when given the choice between helping people and fuck you Howard, Kim made the choice we all knew she would.

I'm not feeling this season, honestly.

This episode was one last hurrah for the scammy lawyer half of the show. With Lalo murdering Howard, the wall separating that half of the show from the cartel half, which has been eroding for years, has finally collapsed.

There was no question that D-Day was leading up to "it's all fun until somebody gets hurt". I'm not surprised that things ended very badly for Howard but I wasn't expecting a bullet in the head from Lalo. A lot of badness for Howard's mental health and possibly a breakdown, yes but wow..

Excellent episode and I've been loving the whole season. @JBear has suggested we will get a time skip before the series is over and I'm positive the last episode is an all-Gene affair but I think if we do, it will be in the penultimate and ultimate episodes with the penultimate a little house cleaning and maybe a series of longer scenes that act of snapshots detailing whatever goes on between Jimmy and Kimmy, whether they parted ways or if they actually stuck together to the bitter end.

My other theory is that while El Camino was ABQU's good ending and Breaking Bad was the bad ending, Saul might end a little more ambiguously. Not necessarily on events but in moral takeaway. The series works best in being a universe that is moral but also flexible and leaving us with questions is a pretty good way to stay in my head so that's what I want.


Adrenaline said:
This episode was one last hurrah for the scammy lawyer half of the show. With Lalo murdering Howard, the wall separating that half of the show from the cartel half, which has been eroding for years, has finally collapsed.
Click to expand...

I disagree but only that with the walls broken down, it will be a higher stakes scam. My hope is that while we are heading for some more Gus/Lalo cat and mouse that Kim and/or Jimmy are basically the ones who take out Lalo. If I had to guess one, Kim, because Saul seems to think Lalo is (or might be) alive in that desert scene in Breaking Bad. Of course, he did think he was dead before but I like the idea that Kim manages to be the one to kill Lalo and as ignorant as Howard has been of the full extent of Kim's capabilities, even Jimmy will never realize Kim tricked someone to his death.

I'm also shocked that the show didn't do the cliché Howard assuming Lalo is another scam. It's a pretty worn trope but considering the trajectory of events, if they went for it, I would not blame them.

I mean it was the last hurrah for it as a distinct element from the cartel element. They have now fused into one show. 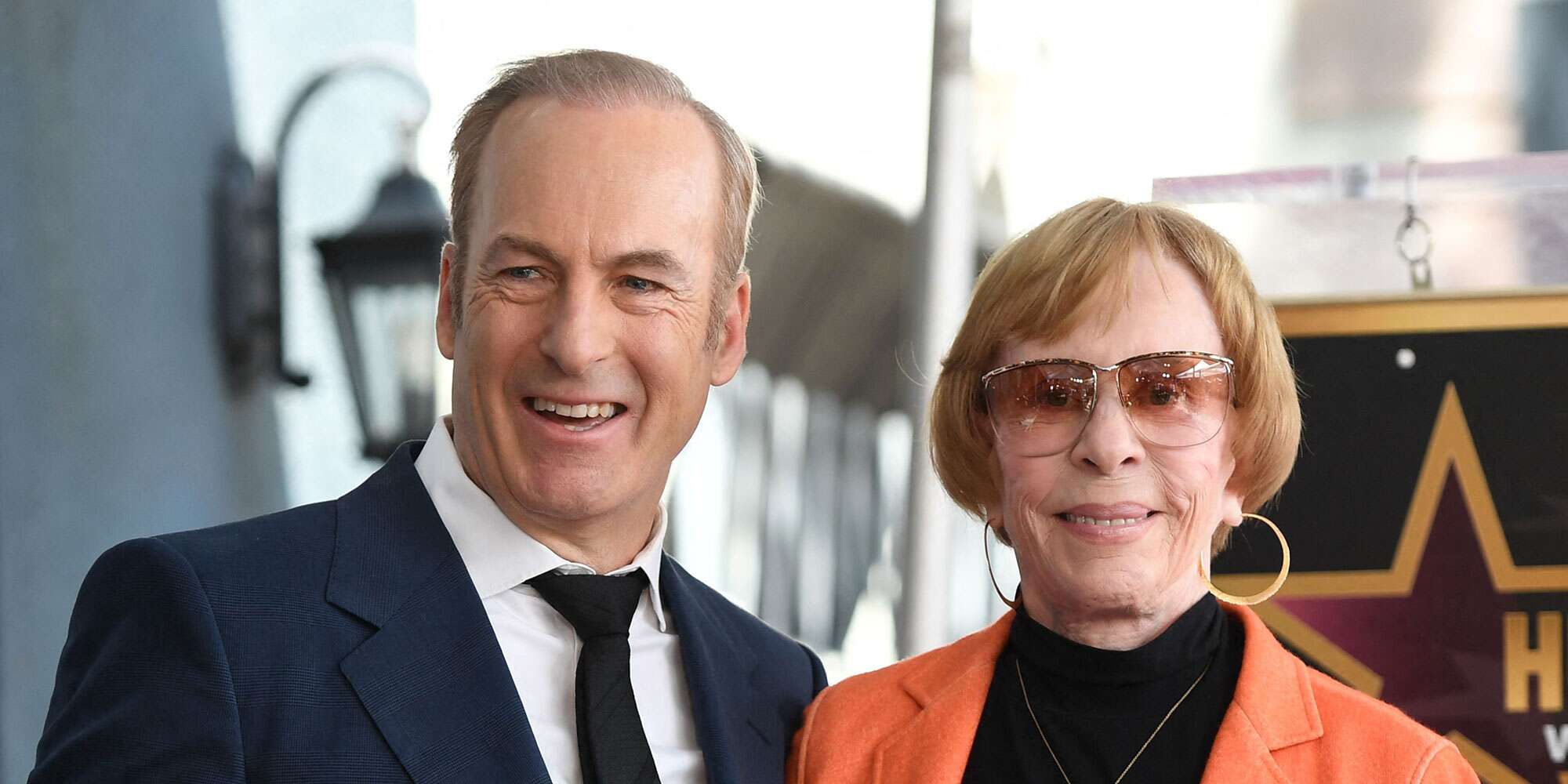 Carol Burnett will play a character named Marion in the final season of 'Better Call Saul.'

Not that surprising, Gilligan and Gould clearly like working with comedians.

The show is back! And Lalo is already dead! I have no idea what is going to happen now!

That’s the last time we are going to see most of those characters, huh?

It would seem so.

This is exactly what I wanted; to deal with what would seem to be what the show is building towards and explore "what happens next". It's powerful stuff. Kim does another lie but the weight is bigger when she tricks Howard's wife into feeling like shit for not noticing her husband was an addict. I feel like that's her last big lie of the series and it's one of the cruelest and she knows it and hates it.

And now with all of his friends gone, and I'm including Howard, because he represented something within Jimmy and has been used as a mirror throughout the series since Chuck's death, that pushes Jimmy's kayfabe into reality. To quote Kurt Vonnegut "We are what we pretend to be, so we must be careful about what we pretend to be."


I love not knowing what is next, save we have to resolve Gene's story. It's one I would expect to be done in the last episode but considering the next episode is called "Nippy", I suspect that's when we'll see it.

Four episodes left. I'm going to miss this when it's gone but I've loved watching it leave.

Also, maybe I'm media dumb but I'm wondering what people think about the last scene with Gus. I see it as a few things but largely it felt like him enjoying a freedom away from the poison of the revenge-filled life he's into and that it ends with him intentionally detaching from something as emotionally healthy as friendship (and maybe something more).

Of course, I could be missing a cue as often these scene's with Gus make him consider something of key importance to his own plans. All the same, Giancarlo Esposito just listening to someone is even great acting for him.

I think that scene showed who Gus could have been if he hadn't dedicated his entire life to revenge and building a drug empire. It's pretty sad knowing how his story will eventually go.

I saw Reed Diamond's name in the credits and was wondering what kind of law enforcement guy he'd be playing and thought it was pretty funny when he turned out to be a wine expert.

He does a great job. I love that scene and I feel like Gus is a guy who as boss BOTH is that guy and putting on a mask but here he is truly nakedly happy.

I definitely read that scene as Gus wanting to invite the waiter home with him ("I've got this fancy bottle of wine that's been waiting for a special occasion") but not being able to work up the nerve and not being able to completely turn off the crime lord part of himself and relax.