Hardware Mods - the thread of "wtf is shorting out this time?!"

I figured this was worth its own thread, since a lot of what I want to do with it is show pictures of my mods, including my latest GBA one: 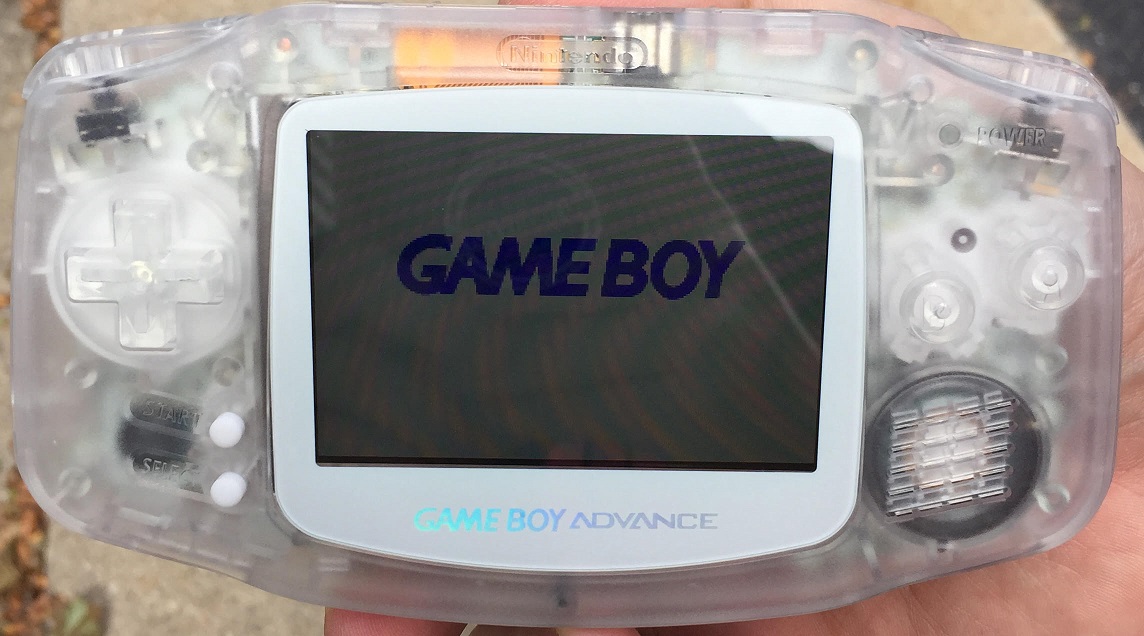 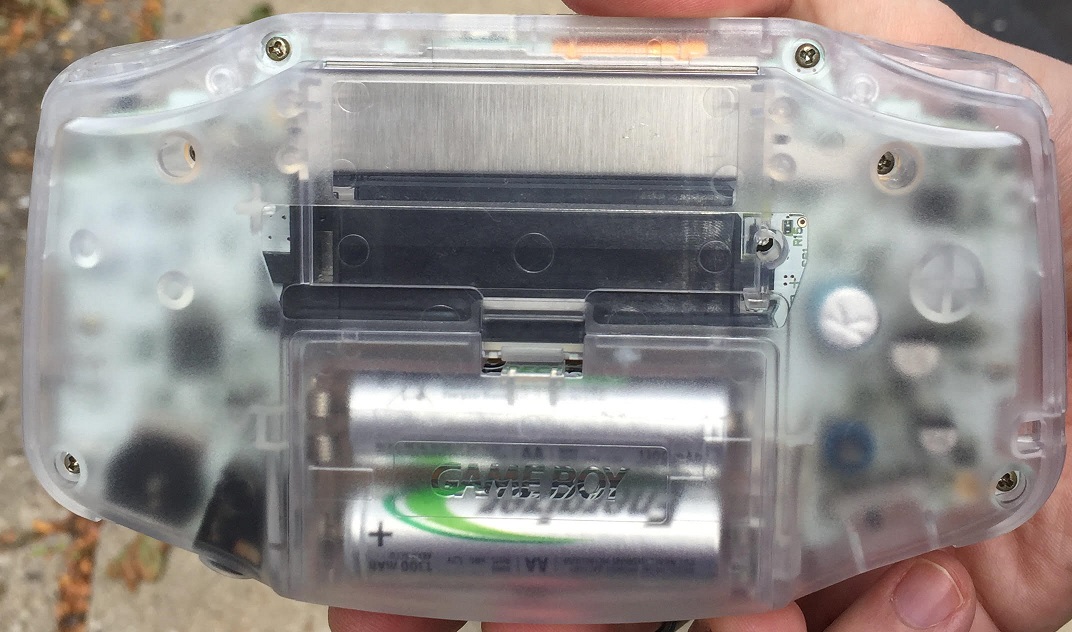 So, this is a Funnyplaying IPS v2 with clear buttons, pre-modded shell, white conductive pads, and a white tempered glass screen. I soldered the brightness control as well, and damn near shorted out the whole system with a bad job on the L button. But, after a redo, works perfectly.

I'll probably sell this one... the total cost of all the parts with shipping was about $110, which includes the GBA itself. If anyone wants this for $150 shipped, hmu, otherwise it's off to eBay.

Anyway, I'll post again later this week with a GBC mod I'll be gifting to my sister. Everyone post your hardware mods here! Doesn't need to be handhelds, I'm interested in seeing how you put a modchip in your PS2 or whatever, I find this stuff pretty fascinating.
Last edited: Sep 6, 2020

So, this is the Gameboy Color mod I did as a surprise gift for my sister. It was actually super easy - the shell is premodded for the IPS screen, but I did have to trim a small bit of plastic so the screen fit better. I think this looks absolutely gorgeous if I do say so myself. I wouldn't have picked purple myself (it's my sister's favorite color) but after seeing this... I might have to make one for myself. It's tough to see, but the power button and IR thing on the top are both white as well. 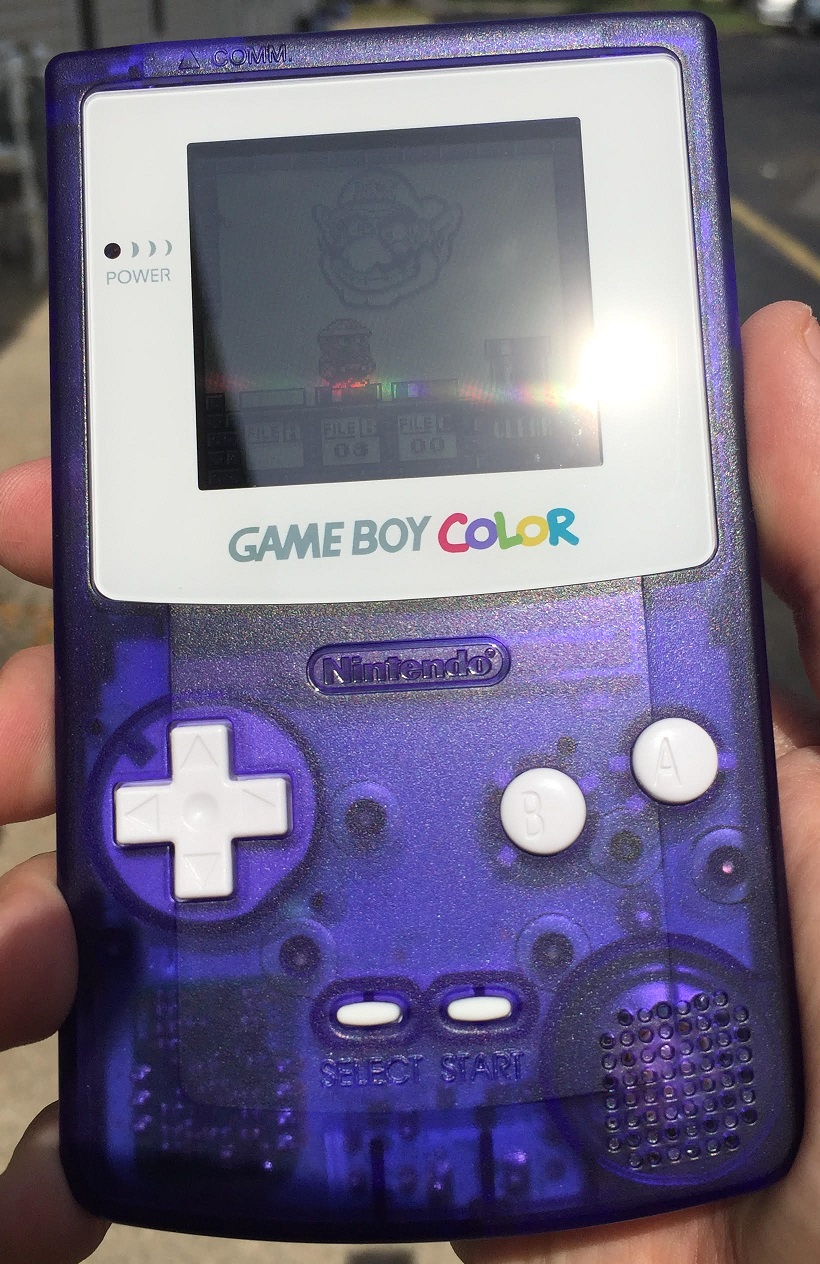 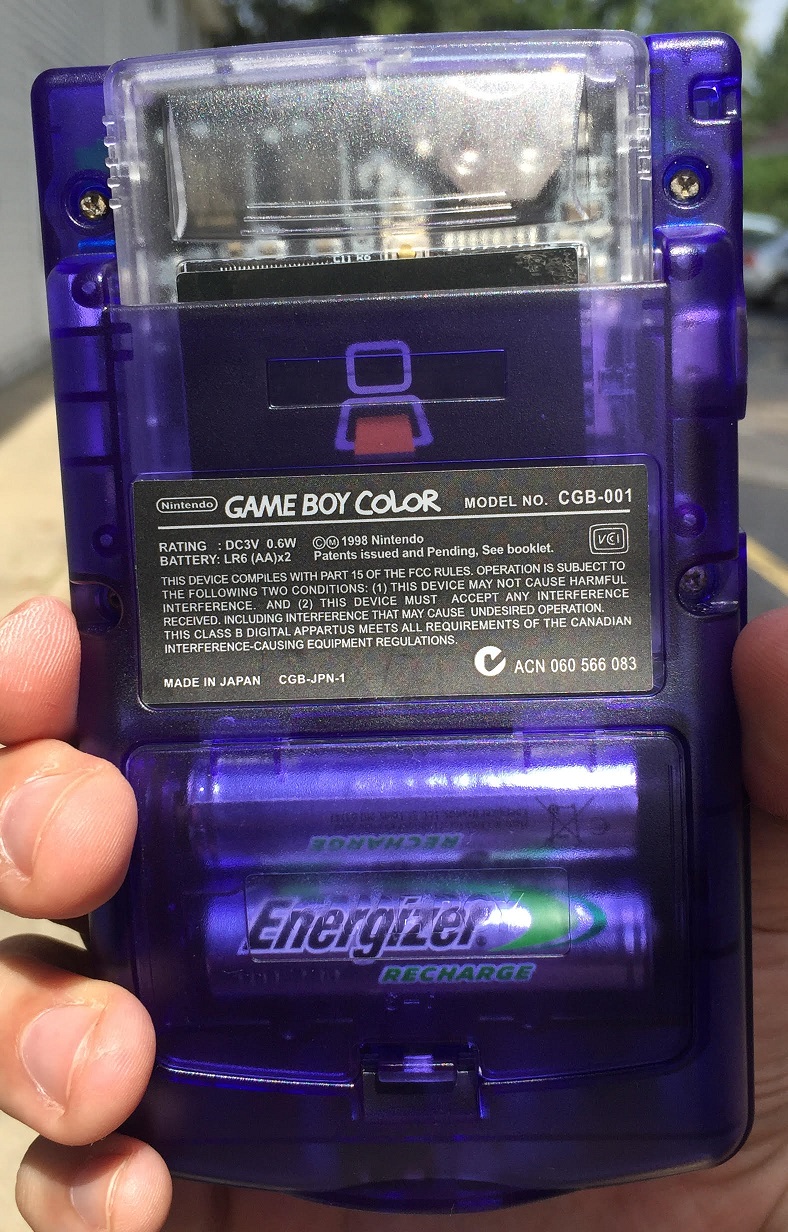 In other news... if you find yourself trying to backlight a Gameboy Pocket, be extremely gentle with the ribbon cables. They're crazy fragile - I broke two this weekend trying to get the reflector off, which sucks real bad. It is even more of a pain than the original Gameboy! I ordered a replacement screen off Aliexpress but who knows how that will go even once I get it...

Your timing is exquisite, I'm about to mod a Game Boy Advance. I've got the screen kit, the speaker mod, a new case and some kapton tape. I have a nasty feeling I need more wires than I've been supplied for the speaker mod though, there's five pads to solder and only the speaker has wires. It doesn't look too bad, but I've never modded a console before...

Ooh, let me know how the speaker mod goes, haven't done one of those yet... Original GBA, I assume? Be sure to post pictures, too, I love looking at these haha

Yep, original GBA. I'm not so bothered about the volume but it allegedly increases the clarity.

I'll let you know how that works out...

Hmm, the speaker mod doesn't clear up the background noise, the dehum/dehiss kit does that. I've ordered it, but the soldering looks an order of magnitude more tricky...

You can do it!

The speaker mod you have just increases volume, then?

Apparently so! So you get to hear the hums and hiss in all their glory!

And apparently adding an IPS screen makes it worse too!

I would have thought the hissing was due to poor programming, not a low quality speaker or whatever, which is why I've never tried speaker mods. Still, what do I know?

Apparently the hiss is the VDD2 power rail being noisy due to high frequency switching, so a 10µF and a 1µF capacitor in parallel clears that. The low hum is the power regulator which requires a 680µF capacitor. I know nothing about electronics so it could be complete nonsense, however listening to GBA on my MiSTer does imply that the scratchiness is hardware, it sounds a lot cleaner there.

Phantoon said:
I know nothing about electronics
Click to expand...

Apparently the hiss is the VDD2 power rail being noisy due to high frequency switching, so a 10µF and a 1µF capacitor in parallel clears that. The low hum is the power regulator which requires a 680µF capacitor.
Click to expand...

Those Game Boys are BEAUTIFUL!

Riot.EXE said:
Those Game Boys are BEAUTIFUL!
Click to expand...

Thank you very much!

I thought I'd post the other related project I've been working on:

So, the above is a counterfeit cartridge that I've reflashed using this to have the Final Fantasy V sound restoration romhack put on it. That battery there was installed by me - it's the most intricate soldering I've done to date and I'm proud of it. The difficulty really comes at the negative point there at the top - if you aren't careful with your solder you'll bridge the battery contact to that big chip which could ruin the cartridge. Anyway, I had to put the battery on there so it saved properly. I've got another few carts coming in the mail, including a Pokemon Blue counterfeit that I'm going to flash the romhack that lets you play as a girl that I'll be sending to my sister along with the purple Gameboy Color.

EDIT: Also, another cool feature of that cart reader/writer is that it lets you back up Gameboy Camera pictures. Here's a "lossless" picture of one of my cats taken with my Gameboy Camera:

That's really cool, I didn't know you could do that!

Phantoon said:
That's really cool, I didn't know you could do that!

Yeah, my job has taught me always to have the right tool as it it never saves time bodging it. I'm hoping it's fine enough, it's an old iron and it doesn't have the best selection. I reckon I can safely solder the rest with it as is though.

Kazin, you ever do any work on GBASPs?

Riot.EXE said:
Kazin, you ever do any work on GBASPs?
Click to expand...

I have! Here are some blurry-assed photos (sorry, they're all I have) of my GBA SP 001 that I put an IPS screen into, along with a new shell and buttons: 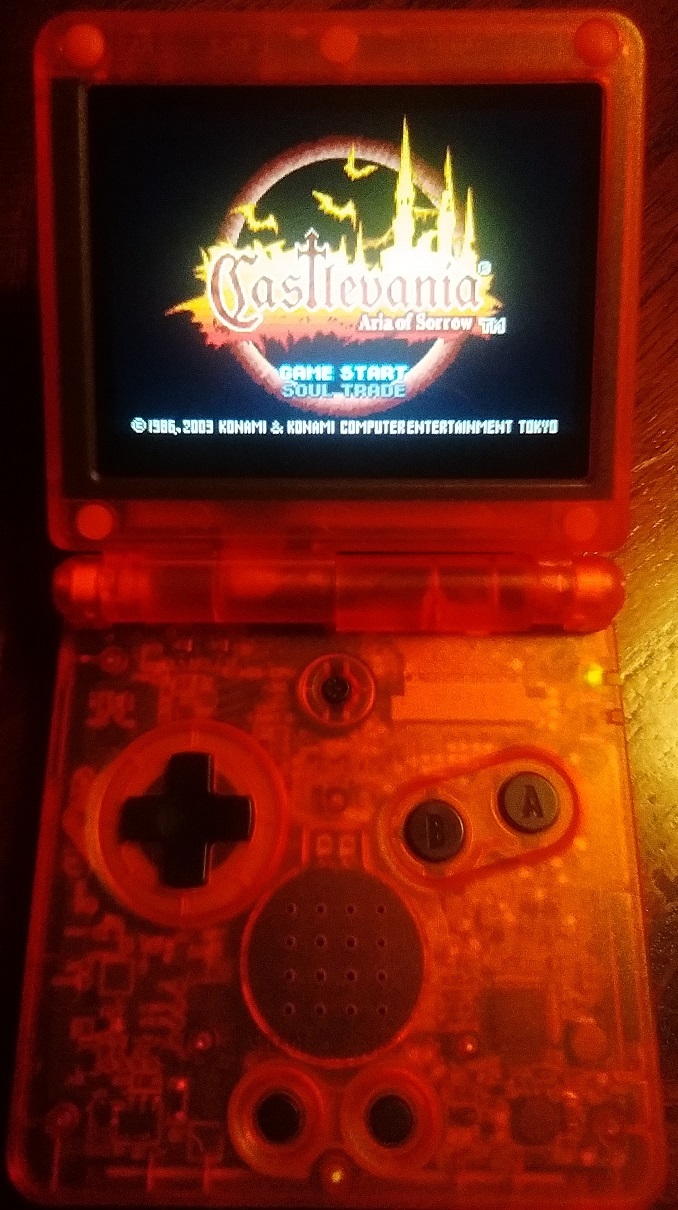 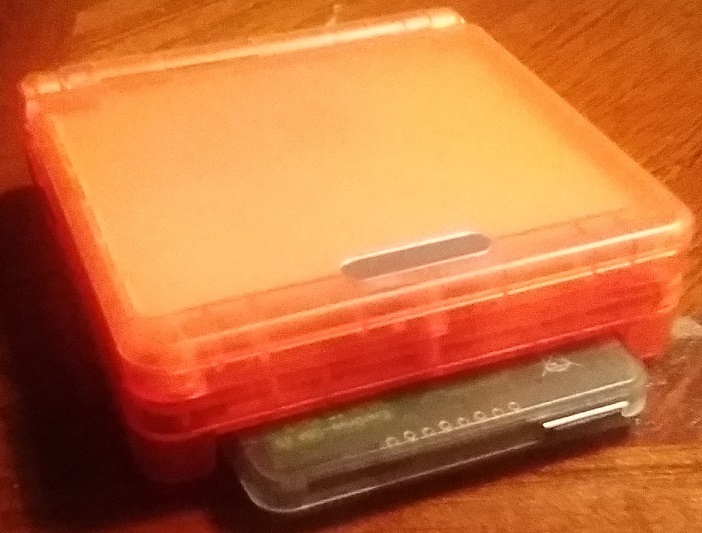 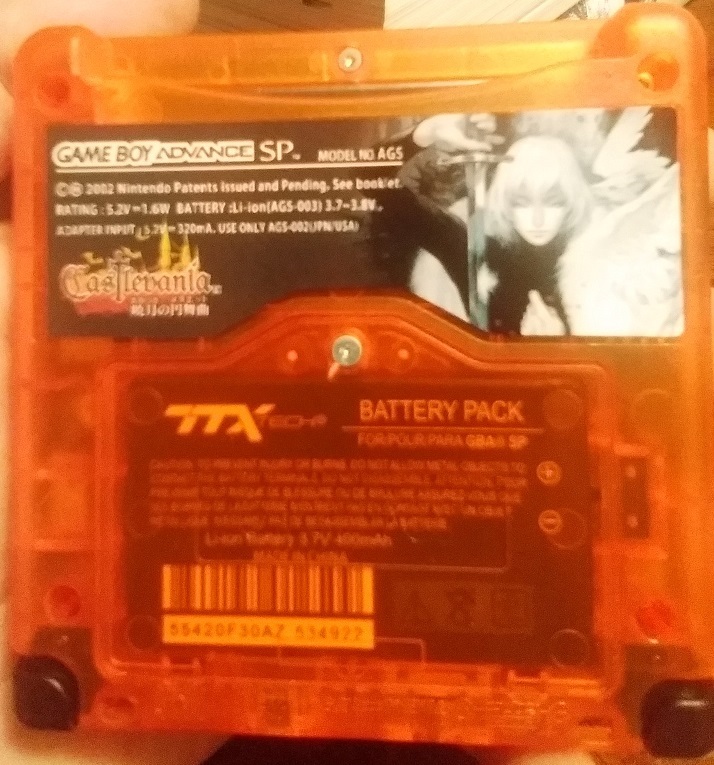 It's actually not complete yet, incidentally. I'm waiting on a sticker from Etsy that's been sitting in Detroit for weeks, to put on the back of the top part of the shell, that is the Smash Bros Castlevania logo, all in black. I also need to get a better battery - with the IPS screen at max brightness, that thing goes to red in like an hour (that'll happen when you buy a 400mAh battery like an idiot lol).
Last edited: Sep 8, 2020

Damn, that GBASP pops, though!

Riot.EXE said:
Damn, that GBASP pops, though!
Click to expand...

Thanks! Whenever that sticker gets here, I'll take some clearer pictures of it and post them here.

Well, got it together. The screen looks amazing and the case is beautiful but no sound from the speaker at all. The headphone jack works, so I'll have to investigate tomorrow...

Where's the pictures?! (sorry about the sound, I hope you can figure it out... probably a bridged connection somewhere)

Pictures when it's working!

It could be that it thinks the headphones are plugged in at all times - I think it grounds a rail when that happens, so that's something to check. Or a damaged wire, I can't find a proper wire stripper anywhere...

Fortunately I have my DVM!

Ah, true, that happened to me with my original Gameboy - had to clean out the headphone adapter with isopropyl alcohol, and then the speaker worked fine. 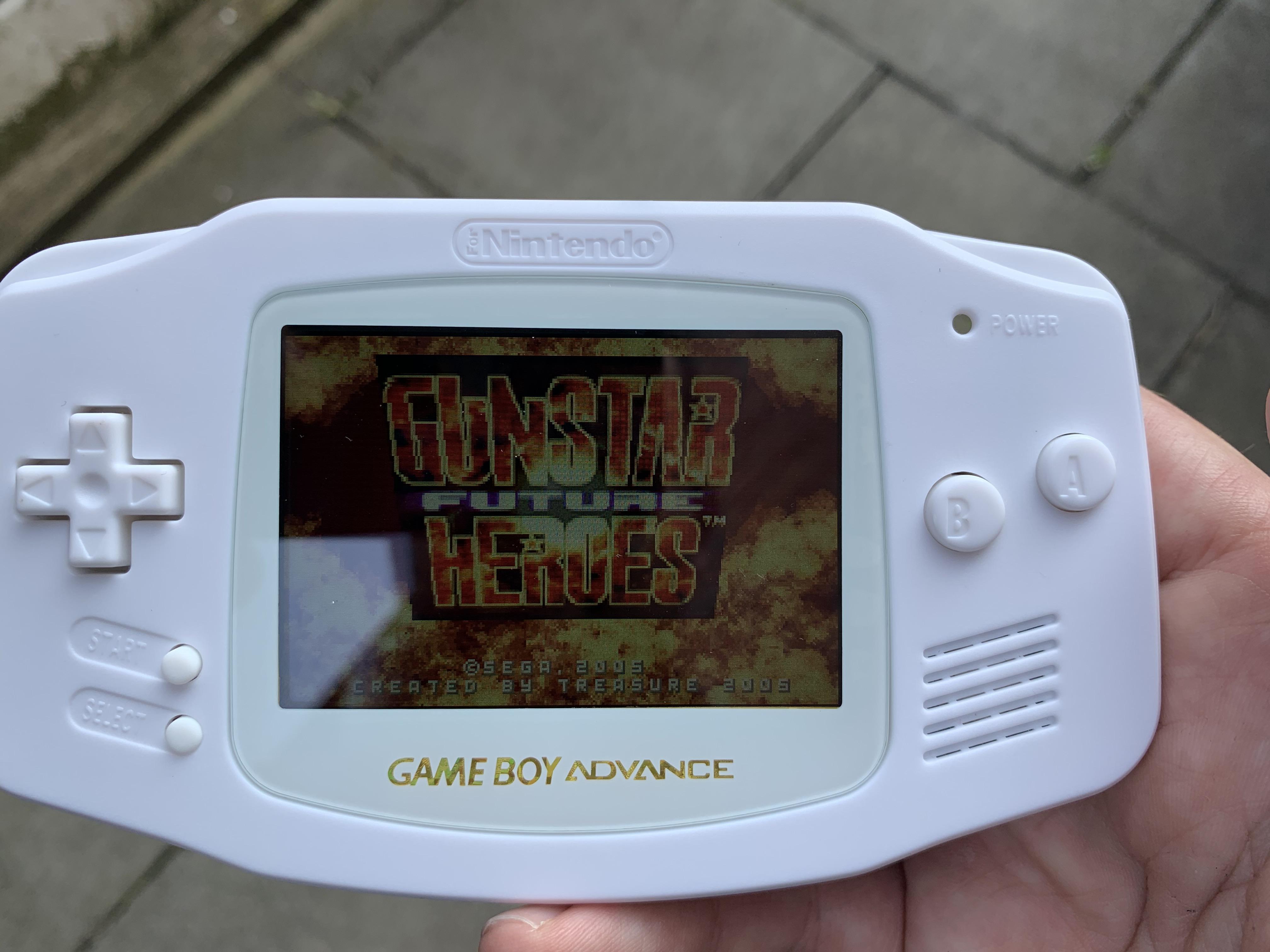 Were you able to get your sound issue sorted out?

Well, I belled it all out and it was correctly connected. Headphones behaved as expected so I gave up on it. I didn't want the amplification to be honest, I wanted a noise fix. So I fit the sane bits of that, popped the old speaker in and it's great

Kazin said:
This is why I'm looking for counterfeit Gameboy/Color/Advance cartridges - I'd like to put a whole bunch of romhacks on actual carts
Click to expand...