And so the shiver of the night has arrived - Castleween 2021!

Finished a Sypha run of the Japanese version of Castlevania III. Gotta love that ball lightning spell! I’m so glad that the Castlevania Collection gave me the chance to appreciate the game’s music as it was originally intended.

Staff member
Moderator
Yall are Dracula slaying fiends! And so we roll into the final few days with a total of 68 Dracs done-for!

This morning I defeated Troupe Master Grimm in Hollow Knight, an optional DLC battle and definitely a bonus Dracula. He even opens his cloak to shoot fireballs at you! (There are some late-game mechanical spoilers for Hollow Knight in that video, so proceed with caution if you haven't played it. But also, you should give it a try because it's pretty good!)

Graham ate it. Also I, Soma, died a few times. That is many DRACULAS

Yikes, time is running short! I beat the intro to Symphony of the Night, so count one more Dracula! Hopefully I can get to Olrox and the final Dracula fight before we're done here.

Also, coming right off Rondo of Blood, the timing on the Dracula fight is different. In Rondo, I hop over the fireballs and whip Dracula, but in Symphony, he's not vulnerable by the time I've done that. You do have plenty of time to jump up and hit him before the fireballs even come out in Symphony, though.

I killed Dracula in Rondo of Blood with both Richter and Maria. Since it’s the same Dracula, I don’t know if it counts as two, but I did get a moderately different each time.

R.R. Bigman said:
I killed Dracula in Rondo of Blood with both Richter and Maria. Since it’s the same Dracula, I don’t know if it counts as two, but I did get a moderately different each time.
Click to expand...

Same Dracula. I don't know if he's supposed to be the same person.

Cleared Bloodstained: Curse of the Moon 2 a total of five times: episode 1, episode 2, final episode, episode 2 again to unlock episode EX, then episode EX itself. Whew. Four or five Dracula Points, depending on whether that second run through ep 2 qualifies.

Let's see if I can get one more Drac for the season in Castlevania: The Adventure.

Staff member
Moderator
The morning of that terrible day has arrived with 81 Draculas on the choppin block. Yall are monsters! But are you monster enough to finish off the remaining nineteen before the witching hour's commencement? Frankenstein could do it.

Uh, I recently beat Dracula in Circle of the Moon... and it only took me two decades. Kind of a delayed reaction there. 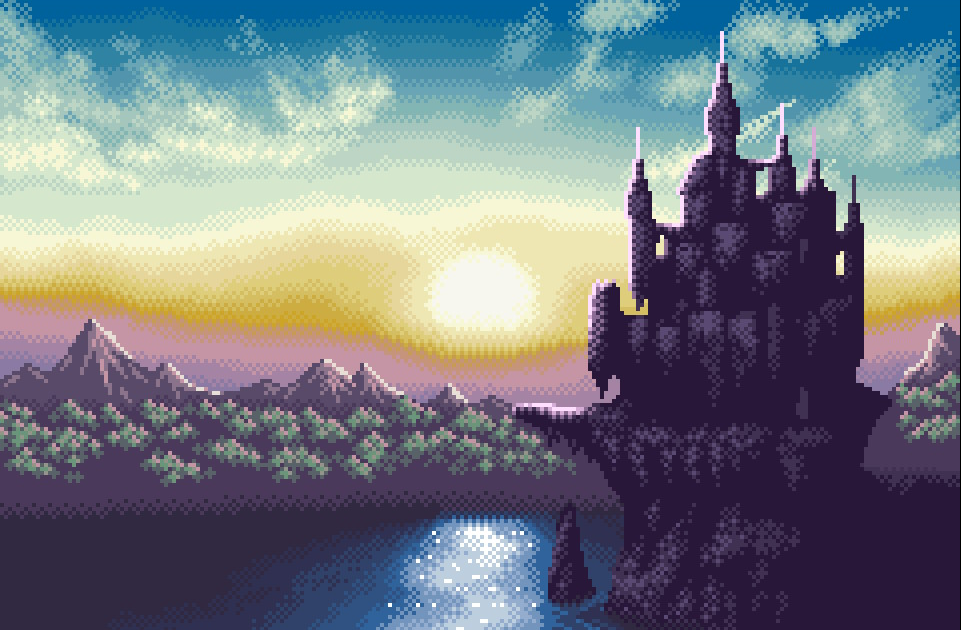 Castles are always most beautiful during a sunrise, aren't they? Especially when they're about to crumble into dust. It took twenty years (y...

Some stray observations, both from the blog and upon further reflection:

* The health ups look like Kool Aid for some reason. Too bad you're very rarely afforded the chance to break through walls to get them.
* In the recent Advance Collection, you get a warning that certain enemies contain DSS cards, to M2's credit. It doesn't change the fact that you'll have to kill them zillions of times, though.
* There are more furries per square inch in Circle than any other Castlevania in recent memory. Were HORSES? Gee, Konami, you're reaching with that.
* Circle still looks and sounds good all these years later. That meant a lot back in 2001 when the Game Boy Advance debuted. It might have even been enough to keep the game afloat even if it sucked... and honestly, it doesn't.
* Hugh Baldwin is a dick. "Wah wah, stay out of my way! It's my inheritance!" Shut up.
* Circle is no longer part of official Castlevania canon-vania, which turns a blind eye to the quantum leap it was for handheld extensions of this franchise. Really, compare it to Castlevania: The Adventure. It's like a chasm in quality.
* DSS is still a lot of fun, but so easy to exploit. I basically coasted through the final Dracula fight with nothin' but summons.
* Player needs a shop, badly! What am I supposed to do with all these cloth tunics?
* I will never get those last two DSS cards, because that monster gauntlet is ridiculous.

Enters, pursued by a bear

I defeated my first (and most likely only) Dracula for this Castleween '21 season in Circle of the Moon. The ramming attack he had during his second phase was annoying, but then I used the Roc Wing ability and the Thunderbird summon and he fell like a house of cards in a light breeze.

I'm going to try a playthrough of one of the Classicvania's but I doubt I'll make it to another Drac today.

Does anyone hate themselves enough to play to the end of Haunted Castle?

Albatoss said:
I defeated Dracula in Castlevania III: Dracula's Curse, and also beat up Alucard in the same game for a bonus Dracula. Even with save states this game is still extremely difficult!
Click to expand...

Forgot to mention that this was a Grant run; I have since played through Castlevania III two more times - once with Alucard and once as a Trevor-only run (and I beat up Alucard in each playthrough). I've also defeated Dracula in Castlevania II: Belmont's Revenge for good measure.
Last edited: Oct 31, 2021

ArugulaZ said:
* The health ups look like Kool Aid for some reason. Too bad you're very rarely afforded the chance to break through walls to get them.
Click to expand...

Circle has the most breakable walls in the series and often the hidden rooms beyond the cracks house a health upgrade on their respective pedestal.


ArugulaZ said:
Were HORSES? Gee, Konami, you're reaching with that.
Click to expand...

You're going to make Amduscias cry with commentary like that.


ArugulaZ said:
Does anyone hate themselves enough to play to the end of Haunted Castle?
Click to expand...

I do Haunted Castle clears for fun.

My favorite Dracula, Super Castlevania IV Dracula, is dead once again. It’s the most evocative Dracula battle in the whole series. The sped up version of the opening text crawl scene music kicking in right as torches light up on your final walk to the keep. The seamless transition to the fight itself. The triumphant but somber credits theme starting the moment you get the last orb. It’s almost perfect.

Beat the Adventure. This was a frustrating Dracula, partially due to controls but eventually I got it.

Staff member
Moderator
Whew! That was a hum-dinger of a ween I tell you. Thanks to yalls hard work right up to the deadline the final tally stands at 89 Draculas killed (90 if you count JU's hail marry I'm not sure how the time zones work out (Canadians right? Do they even celebrate Halloween??)).

I gotta say I'm impressed. 100 is a tall order, one we hit last year only due to a stupid ploy the scummyness of which I still haven't been able to wash clean. The actual total last year was about 50. I'm seriously amazed how many more yall were able to polish off this year. I guess it helps when a retro collection drops right as the holiday begins. Which is to say: give us a new Mega Man, Capcom!

Thank you all for your participation. I had a lot of fun spooky times in Sekiro (surely a vania. Surely.) and a load of fun reading yalls castlexperiences (now that's what the genre should be called). I hope you all had a good time too! The nightmarish night has ended. I bid you adieu... until next year...

Lokii said:
t 89 Draculas killed (90 if you count JU's hail marry I'm not sure how the time zones work out (Canadians right? Do they even celebrate Halloween??)).
Click to expand...

I beat it on Halloween night but didn't get to report it until yesterday. The schools shutting down messed with my hours. But it also means extra work hours.

And for the record, Canadian Halloween is very similar except the syrup we drizzle on our pumpkins is usually real maple. And we spell it pumpkiuns instead of pmpkins.