Marge secretly might be the best, funniest of the Simpsons. Homer and Bart are obvious antic machines and Lisa is an intellectual with a heart but while Marge might seem "also there", there is a lot going on. When written well, there's a sense of sadness and humanity and sweetness that is very engaging. But there's also a weird streak of absurdist humour to her as well that you start to notice, like her insistence that potatoes are neat. She's not just a "nag" or a buzzkill, even if sometimes the writers themselves seem to think otherwise. What's more, Homer and Marge might have one of the healthiest sex lives on TV. But things have gotten weird in this era and that includes Marge's sexuality, as she appears in officially sexy form in magazines. 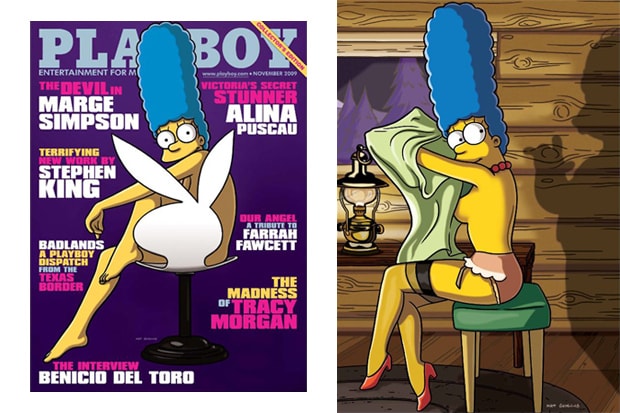 In this episode, Marge worries that she's not attractive to Homer anymore and tries to get some liposuction. But a mistake at the doctor accidentally leaves Marge with double d-cup breast implants. Marge is understandably upset but Marge decides to keep them a little longer after she is offered a modelling job. She likes the adventure but soon tires of being objectified, Meanwhile, Krusty is in hot water with audiences and tries to win them over with a ridiculous stunt. When the stunt goes wrong and the police are threatening to shoot her loved ones, Marge stops them by showing her breasts, thus distracting the cops. Marge takes out her implants and feels like herself.

Large Marge isn't bottom tier Simpsons but it's pretty low. It's not cringey but very few jokes actually land. And sadly, it doesn't have a lot to say. For an episode that's basically "Marge gets tits", it's not as bad as it could be but it also doesn't do much. And I think that's the frustrating thing about the era; ideas are suggested but not delved into. I think it actually has very little say about beauty standards or surgery. It wants to say something about not treating women like objects, then has Marge save the day but showing her tits. And it's not clever or subversive, it's just a straightforward "it's nice to be seen as beautiful but being an object is demeaning."

Perhaps a lot of it could be salvaged if we actually get into Marge's headspace. What IS it like to be ogled? Or to have your body changed? Any exploration is very superficial and while I admit I don't think I'm the person to posit the best way to do it, I can see it being done poorly here. I think the closest it really does to dealing with the body feeling different is Marge having trouble cuddling Maggie but being so gagged-focused has robbed the episode of actually exploring the idea of beauty.

The b-plot is even worse, some weak business about Krusty getting in trouble on TV. It makes little sense and seems like a mish mash of old Krusty plots. They don't even fit together well and if there was an intended message about censorship, it doesn't work. Large Marge is pretty weak sauce all around and feels like it's not even plot focused, but more about incident. This era of Simpsons is frustratingly bad at handling Marge stories and the episode isn't an embarrassment so much as a complete shrug.

"Truer words were never spoken, crusader."
Is a quote I use a lot and I'm not sure why?

"Maybe if we cut his foot off, people will feel sorry for him."
"That didn't help your dad get your mom back."

"My forthrightness is my undoing."

Did you really need to explain who the former presidents are?

The song is one of the weakest they've done.