It doesn't! But I've made my peace with it. At least I know about plays.

Things have worked out for me, like knowing video games or exactly one physicist.

I guessed Feynman for that one because it sounded like a snarky Feynman thing but it was a sincere Einstein thing, oops!

I don't think we've gotten a single juggling or Wrecking Crew one right yet, oh well. I really like this mix though, you're doing a good job of making sure different topics are covered! I always struggle with that when I host trivia. 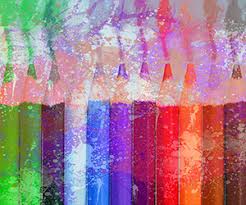 This has been fun! Thanks a lot for running it, Johnny!

1. What is the name of the communal latrine found in mediaeval monasteries in Western Europe and later also in some New World monasteries? The reredorter or necessarium. Obscure, but I thought it was neat. Necessarium is a great name.
2. Though Andretti’s parents were Italian, what nation was he born in? Croatia. His parents were refugees from Italy during/following the war.
3. In the Simpsons, after Moe loses his bar floor to repo men, he’s told he can get it back if he pays his bills. What is stopping Moe from doing this? He doesn't want to.

4. What is the study of dreams called? Oneirology
5. Which play includes Roy Cohn, The Ghost of Ethel Rosenberg and a messenger from Heaven who tells the lead character he is a prophet? Angels in America
6. According to the World Cement Organization, concrete is the second most used commodity in the world. What is the first? Water
7. What unsuccessful game, sharing a title with an Isaac Asimov anthology and an Eando Binder short story, was the first to use 3D polygons with flat shading? I, Robot

8. The Wrecking Crew was the de facto house band for which famous producer/murderer? Phil Spector
9. According to the Talmud, what liquid was Shmuel able to juggle eight glasses of without spilling a drop? Wine
10. Premarin contains the urine of what kind of animal while it is pregnant? Horse

The winner is Rascally Badger who, by himself, was able to get 60% of the questions! Congratulations!

Well played, everyone! There was a lot of tough stuff in there. Thanks for running this, Johnny!

Thanks for enjoying it!

Nice, thanks for running this. And huge congrats to Rascally Badger!

I knew the Phil Spector one as I was in Journalism school when the murder story broke and was assigned to cover it. Went to get B-roll video of the house and everything. Had totally forgot about that until I saw this question.
You must log in or register to reply here.
Share:
Facebook Twitter Reddit Pinterest Tumblr WhatsApp Email Share Link
Top