Lokii said:
Also you have to ensure you're properly grounded.
Click to expand...

Which is tough since it's also a Flying type.

My choices were (unevenly) split between "cute" and "rad" along with a scant few that I sort of considered both and one that I ultimately decided was more pretty* than anything else.

*But not in the "I was designed to appeal to furries" way.

I haven't played since red/Blue and don't really care about strategy that much. I'm more about aesthetic choices, cultural trivia and general goofiness. 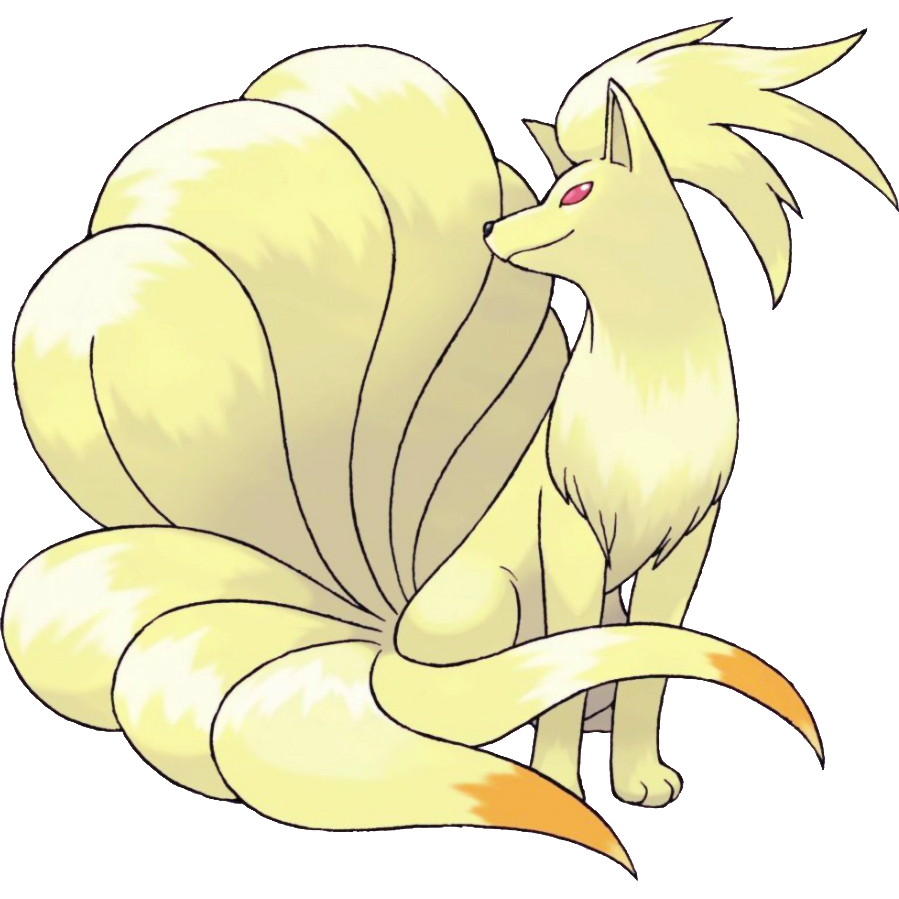 Pokédex said:
Legend has it that Ninetales came into being when nine wizards possessing sacred powers merged into one. This Pokémon is highly intelligent—it can understand human speech.
Click to expand...

Oh, it’s Ninetales! Ninetales has been around since Kanto, of course, but it gained new relevance in Kalos with the addition of the Drought hidden ability, allowing it to create sunny weather when it switches in. It’s outshone by its Alolan cousin in modern competitive formats thanks to the latter’s Snow Warning ability combined with Aurora Veil, allowing it to halve all incoming damage for its team, but even the fiery original flavor has made it onto some VGC teams over the years. It faces some competition for that slot with Torkoal, which is by far the preferred Drought choice in formats where Groudon isn’t an option. When it’s not running Drought, Ninetales has Flash Fire, allowing it to absorb opponents’ Fire-type moves to boost its own.

I don’t get it. How is this supposed to fit Archie's theme? 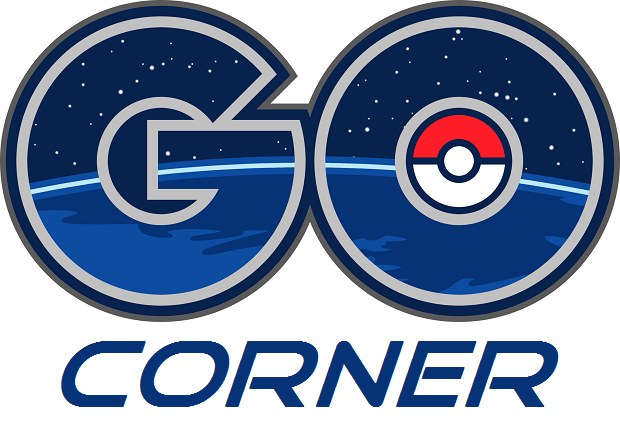 Back when we only had Pokemon from Kanto in GO, Ninetails was a useful Fire attacker. There are much stronger Fire types now, but it gained new relevance in Battle League when it learned the spammy charge move Weather Ball, which paired with powerful closers like Overheat or curve-ball Grass type Solar Beam can make it a force to consider in some cup formats. … Also, everyone on Earth misspells its name “Ninetails”. I mean, look, there’s nine tails right there! Does that happen here too? Where the heck are we anyway?

Nice and fluffy for hugs and pets, but entirely too many tails.


Mogri said:
Also, everyone on Earth misspells its name “Ninetails”
Click to expand...

What do you mean, that's not misspell--
*checks*
*checks again*
Well I'll be damned.

"Oh, you're a Ninetales fan? Then recount all nine tales."

JBear said:
Nice and fluffy for hugs and pets, but entirely too many tails.


What do you mean, that's not misspell--
*checks*
*checks again*
Well I'll be damned.
Click to expand...

The best part is that Kirin also spelled it "Ninetails" earlier in that paragraph. I can't be sure whether that was intentional.

It's not a bad doggo (none exist) but it isn't the best doggo.

Mogri said:
The best part is that Kirin also spelled it "Ninetails" earlier in that paragraph. I can't be sure whether that was intentional.
Click to expand...

... but I also noticed it's totally spelled wrong every time it appears in the vote tally spreadsheet.

I had Quagsire at #21. Pretty silly now, but back when GSC came out, Quagsire (and Wooper) kind of blew my young mind — a water type that was immune to electric?? It made a very strong impression, and since it's actually pretty dang good, and it's been a mainstay in the Johto games for me ever since. But I wouldn't like it half as much if not for the dopey expression it has. The true dopefish.

Pancham didn't make it to my final list, but it was on my longlist, and survived a couple culls before losing out. It's a great design with tons of personality, and who doesn't like pandas? A standout in its generation, for sure. The only thing bad I can say about it is that it evolves into Pangoro, which is a markedly less endearing design — very self-seriously "cool".

Ninetales was under consideration but also didn't make it onto my submission. It's always fallen by the wayside for me: when I play a Kanto game, I tend to use choose a different fire type for my team. Still, I can see why it'd be someone else's choice. It's a nice, striking design. 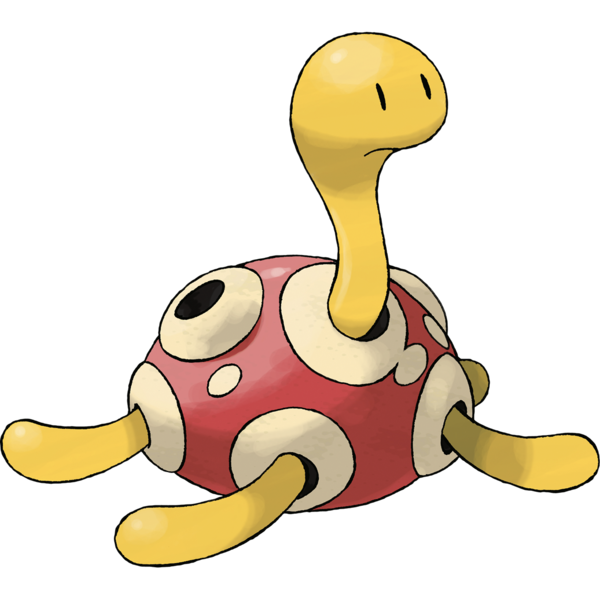 Pokédex said:
The Berries it stores in its vase-like shell decompose and become a gooey liquid.
Click to expand...

Oh, it’s Shuckle! Famous for its absolutely absurd Defense and Sp. Defense and rock-bottom other stats, any Shuckle build has to struggle with Shuckle’s total lack of offense. That often means Toxic stall, but there is no end to the possibilities with this oddball. In doubles formats, for example, you can have Shuckle’s partner set up Trick Room while Shuckle uses Power Trick to swap its defensive and offensive stats. On the following round, Shuckle will act first thanks to Trick Room and the lowest possible Speed stat in the game, and it can use its monstrous defensive stats to wreak havoc on the enemy team. (Of course, keeping Shuckle alive at that point is an exercise left to the reader.)

The mere presence of Shuckle on this team suggests underhanded tactics, so naturally I can’t help but approve.

Where I come from, we don’t have all this fancy Trick stuff, so our friend Shuckle here is pretty much relegated to meme status. It is a bit famous though as the *only* three-star raid that can’t be defeated by a solo trainer, as its insane defense stat will run out the raid timer before you can beat it - as they say, “Don’t F***le With Shuckle!”. Also the blue shiny is great, I named mine “Shuckleberry”.


Mogri said:
Probably the trolliest mon in the dex.
Click to expand...

Shuckle gets high points on the "fun to say" ranking, but has entirely too many holes. What comes out of those other holes? Nothing good, that's what.

Shuckle is a mold? I had no idea. I just thought he was a weird rock worm or something like that.

well shucks. this Pokemon's stats sure make a hole in my strategy

Falselogic said:
Shuckle is a mold? I had no idea. I just thought he was a weird rock worm or something like that.
Click to expand...

Now that you mention it, I'm not clear on whether that means "fungus" or "casting mold" -- but here's what I found:

Shuckle seems to be based on an endolith, an organism that lives inside porous rocks or animal shells. Given its category, the Mold Pokémon, Shuckle may be based on a fungus or mold variety of endolith. Its category could also allude to fungi such as cedar-apple rust, which bears a strong resemblance to Shuckle, or fungi-like slime molds.

Given its Bug typing, Shuckle may also draw inspiration from scale insects—small, shelled parasites that produce a sweet fluid called honeydew that attracts other insects. In particular, it may be based on the barnacle scale, with characteristics of actual barnacles. This species is part of the Coccidae family, also known as "tortoise scales", which may explain Shuckle's resemblance to a turtle or a tortoise. It could also be seen as a reference to the food fermentation process, with its Rock type alluding to the pottery used to store and ferment aliments in some cultures, and its Pokémon category referring to some fungi used in cultured foods.

Shuckle may also have been based on certain varieties of mollusk, as it shares some characteristics with them, including the shell, the muscular but limp-seeming feet, the use of acids to receive food or to break down obstacles, the liking for fermented foods, and living close to the water. Its worm-like aspect may also take inspiration from a nematode.

Shuckle may be a combination of shuck (husk) or shackle and barnacle or turtle.

The cedar-apple rust does indeed have tentacular appendages reminiscent of Shuckle. I think we're looking at some combination of creatures here, since the Rock half and the Bug half don't seem to share a common thread.

i have a feeling that the theme of this list for me will be "pokemon i like but cannot recall because i have so little experience with pokemon games". Quagsire was there, and this is another. Would probably be a favorite just on that entry, but i know nothing about it lol.

Except for my #1, my list was a random hodgepodge, and Ninetales was on there solely because I really like Okami.

Dorkly has not been kind to Shuckle... 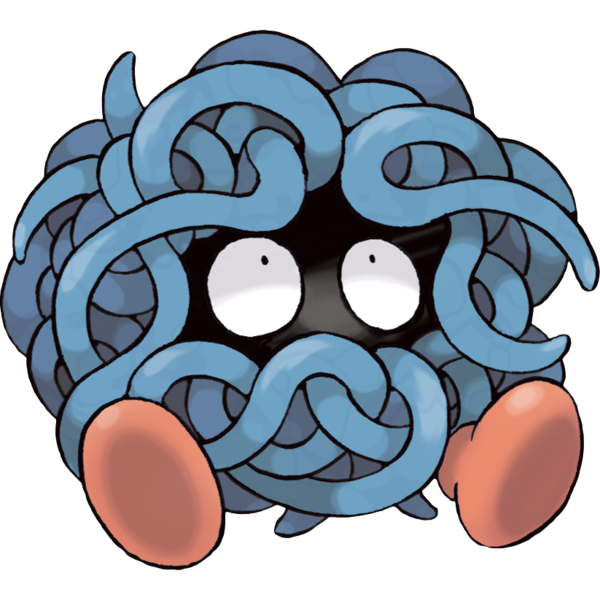 Pokédex said:
Hidden beneath a tangle of vines that grows nonstop even if the vines are torn off, this Pokémon's true appearance remains a mystery.
Click to expand...

Archie’s final team member is the Vine Pokémon, Tangela. While Tangrowth might be the more competitive choice, Tangela has nearly identical defensive stats. Given that Tangela can use Eviolite, this gives it a niche as a physical wall. Tangela also has access to the Chlorophyll ability, which doubles its Speed in sunny weather, and Leaf Guard, which prevents Tangela from receiving status effects in the sun. All of this adds up to the makings of a strategy on Archie’s part, but we’ll have to see how that plays out in the tournament. He might well just go with the always-useful Regenerator instead, which recovers a third of Tangela’s HP when it switches out.

I used a Tangela as an office plant for about six months. It disappeared. Never did find out what happened, but I sacked anyone who could have possibly been responsible.

While Tangrowth (especially in its GO Rocket tainted Shadow form) is up there among the useful grass-type attackers for raids, I can’t say I’ve seen people using Tangela much. It has some decent moves that you might think would have potential in lower-CP league battles, but its mono-grass weaknesses keep it from excelling. Cute little bugger though. I hear someone had a favorite one named “Terry”.