I’d agree with Powered Up over the original Mega Man, yeah. If I were feeling sassy I might even say Maverick Hunter.

beyond those two, however...

I feel like Mega Man X was virtually perfect in its original form, and Maverick Hunter X changes just enough to maybe not be quite as hmgood, but has enough other things going on to make up for it.

I'm presuming the reason this exists is the Westone team wanted to get the band back together but they couldn't find a Japanese partner company with the requisite pixel art skills (which at this point, is basically just IntiCreates)

Isn't a risk with bringing back the original creators of something decades old that fans have had lots of time to turn it into their own thing? This is especially true for western fans who come from another culture and the creators likely have no contact with, so the creators don't understand why the current generation of fans care about it. So when the original guys remake it, they go through what seem to be the right motions and the game contains what seem to be the right ingredients but the game lacks a hook that delights current fans. This is also true for Metroid Other M, Contra Rogue Corps and Double Dragon 4.

In contrast, Wayforward lives in the same country as most of the current fans of early 90s 2D games so they know how those games have grown in the fans' imaginations. I don't think the Technos guys would have thought of riffing on their own work the way Double Dragon Neon and River City Girls did.

Doesn't Japan generally have different tastes/preferences on this sort of thing as well?

For example, my understanding is that they apparently love those smeary filters on old pixel art games that most people here tend to hate.

And they loved the Donkey Kong Country cartoon, so bad CGI is no skin off their back.

That's an awfully broad series of brushstrokes being made about an entire culture. If that was the case, we wouldn't have excellent remakes like Wild Guns Reloaded or Ninja Saviors: Return of the Warriors (which, granted, were both by the same team at Natsume Atari). I'd argue Zelda's HD ports on the Wii U also escaped such a fate (of which Twilight Princess was done by Australian-based Tautalus, it was overseen by the core Zelda production team. Wind Waker was internal). It doesn't answer why an American-based publisher smeared their conversions of arcade classics either (Flying Tiger/Golem Ent.'s Data East titles on the Switch, which were done in the US if I'm not mistaken). Wayforward has done well with Contra 4, Boy and his Blob, Double Dragon Neon and River City Girls, but have also done the very different and controversial Silent Hill: Book of Memories, and Ducktales Remastered did add in a lot of story into a remake that might not have needed so much dialogue, seeing as the NES original had very little of it.

Generalizations sterilize the vitality and vibrancy of a given culture, especially in a modern context. Just felt compelled to throw this out there.

Guess I failed to word it as carefully as I had hoped, as I wasn't trying to brushstroke their entirety with it, so much as to say it's (from what I've heard) significantly more popular there than here.

No worries LDB; that's the problem with words sometimes. "They" has no real quantification to it, so it's difficult to discern if that means some, most or all. You clearly meant "some" based on your reply to mine, and I appreciate the clarification.

It was the "generally" that I'd hoped would convey the notion that it wasn't everyone, but nevertheless. I find myself an exception to one thing or another often enough that I find myself skeptical of absolutes.

Case in point (and to bring it back around): I don't hate this. I don't think it's great, or as good looking as the recent Wonder Boy remake, and it probably deserves better, but on its own? I think it has a certain rough charm to it.

Octopus Prime said:
I’d agree with Powered Up over the original Mega Man, yeah. If I were feeling sassy I might even say Maverick Hunter.

I would say Mega Man Maverick Hunter X. Mainly because it has Vile Mode, not anything to do with the main game (although it's still pretty good).

I think I'm gonna pass though.

I generally don't bite on these and doubly won't be doing so for this ugly, unnecessary game.

Hopefully I'll turn out to be massively wrong, and it'll be fun.

That says it includes the original Monster World IV, which is a pretty nice consolation!

q 3 said:
That says it includes the original Monster World IV, which is a pretty nice consolation!
Click to expand...

Yeah, it's included on the Switch version of all the physical releases through SLG. PS4 owners will get an EU download code for it (seeing that SLG and ININ are based in Germany).

● For the first time ever: Character voices
Click to expand... 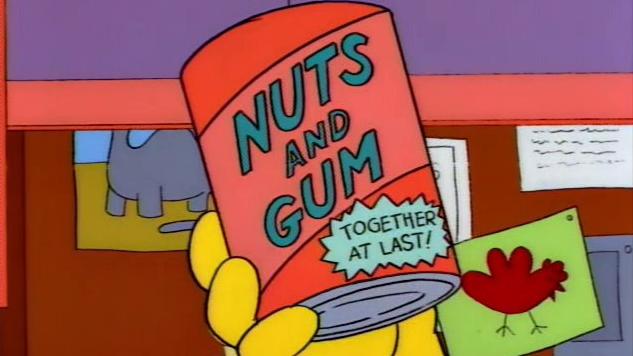 WildcatJF said:
Yeah, it's included on the Switch version of all the physical releases through SLG. PS4 owners will get an EU download code for it (seeing that SLG and ININ are based in Germany).
Click to expand...

(Probably a moot question because I am unlikely to get this unless the final product looks much better than the trailer, but I'm curious...)

This got a new trailer and looks a LOT better. Not sure I'm gonna jump on the physical train, but I may try it out now versus the hard pass I gave it at its debut.

Looks good but I also thought the original trailer was fine, so.

I like how it went from sluggish with a lot of frame drops to moving so fast it feels completely different from the game it's a remake of (not a bad thing, I suppose, so long as it doesn't fall into the 'Twin Snakes' trap of being a slavish remake that doesn't compensate for the new feel).

Animation has a lot more character now, too. Consider me re-interested.

The game itself might be fine, but I think the original game looked more charming than the 3D they've got going here. This really needed something more like the Dragon's Trap remake in style, in my opinion.

This is certainly looking a lot nicer now.

edit: in my humble opinion

I think it looks okay and about what I would expect for cel-shading from a low budget game.

I have not played MW IV previously and I'm looking forward to this. The other Wonder Boy games I've played I've enjoyed.

Another trailer. This looks better than the last one! I'm borderline curious now.

Every time I see the little cinemas that start these trailers, I start thinking how it would be cooler if they were making a fully 3D sequel.