The Top 50 Cartoon Characters - They Aren't Your Favourite, They're Just Drawn That Way 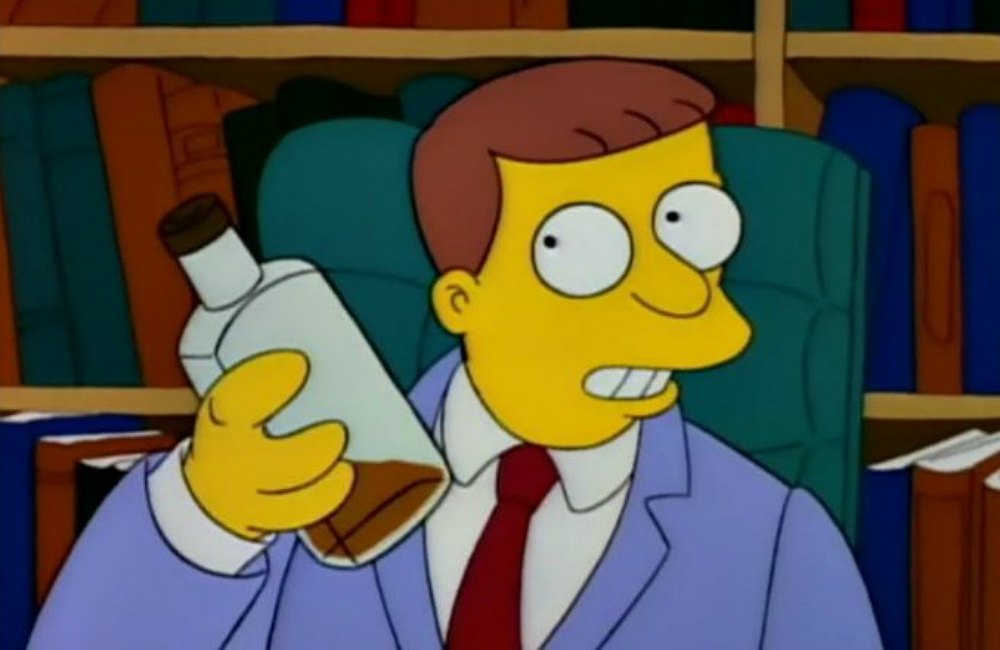 “Why, hello, my name is Lionel Hutz. I’m an attorney in the burgeoning city of Toontown and, well, after a recent *squints* play-jar-is-em case got overturned, well, it ended up opening up a wonderful floodgate that allows me to be gainfully employed. I won’t bore you with the details because I only know what I read on a news chiron at the airport while I was looking for unattended luggage but simply it leaves pretty much every cartoon character vulnerable, as every cartoon character is a soul who is stolen from another person, whether they be a celebrity or simply a character that predated them. I have a lot of cases coming up and I need you, my new paralegal team, to help me file 50 of the files of my newest clients. Please read these carefully and file appropriately. I don’t know what that entails but if you put them in the big metal drawer, it’ll probably sort itself out.

Here's a complete checklist of the paralegals

I hope to sustain my excitement!

Woo! I'm already disappointed in the characters I forgot to put in my list!

Just to echo Dracula, that is an amazing selection of gifs matched up to our names.

They are quite good but I feel like the one for Thornghost would have been more on brand for me.

I don't get mine, which does not bode well for my literacy on this list!

60 Points, 3 Lists, Top Vote: #6 Octopus Prime​
"For tonight's final illusion, we have the incredible Sack of Mystery. When you put your money in it, it mysteriously disappears!”

Stan Pines lives in the small Oregon town of Gravity Falls. Stan, or Grunkle Stan to his grand-niece and grand-nephew, runs the Mystery Shack, a tourist trap filled with what promises to be oddities to boggle the mind but is generally a load of humbug. Stan is known for his greedy nature and con artist tendencies, some of which are quite clever and others of which are pretty easy to catch. Stan is actually quite clever, mostly, though the fact that there isn’t a scam he won’t say no to means that for every con that is blatant is naked is a few you might not notice as he doesn’t seem picky about whether to be subtle or overt in his corruption.


Stan goes by the nickname Mr. Mystery for business, which he runs with his clerk Wendy, his maintenance man Soos and, for legal reasons, NOT his grandniece and nephew, Mabel and Dipper, who is no way help around the shop without pay or breaks, nor help him draw counterfeit money. Stan is known for his gruff demeanor but is also very loving of his family, often willing to put himself in extreme situations to make them happy or protect them. But Stan is also very secretive, refusing to discuss certain things such as his mysterious tattoo and won’t hear anything about his nephew’s insistence that something strange is going on in town.


Gravity Falls is full of fun and wacky characters but for all the supernatural weirdness and goofy-goings on, the show always knows how to emotionally ground the characters. In the case of Stan, there is some tragedy that we get around to explaining half way through the second and final season but even before then for all his disreputable behaviour, the character has a lot of vulnerability, as much as he’d deny it, and his love for the kids really deepens the character, which makes his story later on all the more powerful.

Alex Hirsch’s grandfather, who was apparently the inspiration for the character.

Ooh, already at three-vote agreements for rank 50, eh? Well there's half my list that's definitely not making it on.

I'm pretty distracted because I'm deep in wedding planning, but I didn't even think of Gravity Falls. I feel like most of this list will be characters I wish I'd thought of.

I did think of Gravity Falls, but Uncle Stan wasn't my vote. I honestly could have voted for nearly any main character from the show, though.

I'll probably speak more about this groundbreaking show when we inevitably get to more characters from it, but for now I'll just say I'm glad I waited to watch it until the whole show was available to stream. I always heard it was such a pain to have to wait for new episodes back when it was airing.

I always have a soft spot for con artists, and Grunkle Stan stole the book on film-flamming, then replaced it with an obvious forgery where every page was just it calling you out for being a sucker

Then he stole your wallet when you were demanding a refund

Haha, same except more like 90% of my list. This is still gonna be fun tho. Cartoons are great! All of em! (Except you know, the racist ones)

Dracula said:
I did think of Gravity Falls, but Uncle Stan wasn't my vote.
Click to expand...

Smaller characterization moment from Grunkle Stan that I appreciated: As openly curmudgeonly and dismissive of things like "decorum" and "safety" he often is around the kids, a throwaway moment reveals that he does indeed have a foul mouth, but filters himself around the kids. Extra impressive considering all they go through together.

I guess I should watch Gravity Falls...

Yes. Yes, you should.

I think Daikaiju is right

I'm hard-pressed to pick a single favorite or best cartoon from the golden era that was the 2010s, but Gravity Falls is certainly in the running. I wish I could see it again for the first time.

I'm so curious how this will play out. I have some predictions that I feel only coin-flip levels of certainty about, which feels kinda refreshing for a list. Like, I only feel marginally confident that Homer will take the cake at the end.

Man I probably woulda voted for Gruncle Stan had I put more than 180 seconds of thought into my list!


Torzelbaum said:
They are quite good but I feel like the one for Thornghost would have been more on brand for me.
Click to expand...

Stay the flip away from my gif!

*The heaviest of sighs*

You should drop everything and do that right this minute, TBH.

Perfect time of year for it, in all honesty.

“It takes an idiot to do cool things. That’s why it’s cool.”​
Source Material: FLCL

Haruko Haruhara appeared one day before a young man named Naota during a point in his life where he was dealing with growing pains (the metaphorical kind) and attacked him. Naota would go on to discover his head is a gateway the deadly Medical Mechina organization is using to deposit robots for their own sinister reasons. Haruko becomes Naota’s live in maid (by deception) and helps him battle the forces of the Medical Mechina, though she herself proves mercurial in nature.


This one is a little tough to talk about since it has been a LONG time since I’ve seen FLCL and while a lot stuck with me (particularly that amazing Pixies-inspired J-Rock soundtrack by the Pillows), fading on the specifics make it hard to discuss. Same with not giving too much away for anyone who wants to be surprised at where the series goes, so I can’t go too much into her arc and how she effects other people down the line. But FLCL, when it came out, was a completely chaotic blast of extreme cool and Haruko is no small part of that, a swirling ball of complete chaos to throw out hero’s life into disarray.


It’s been a while but I do remember the last act enough to know it colours the wacky act a bit but she is a huge of wackiness and violence that sets the tone of the show, though she is given the opportunity to have an occasional quiet moment. Still, while I remember finding this character memorable, her appearance on the list surprised me simply because even with the release of the less liked FLCL sequel series that I didn’t realize how it remained in the consciousness enough. But I remember it hit me a little shortly after my own growing pains so a lot of the series spoke to me. 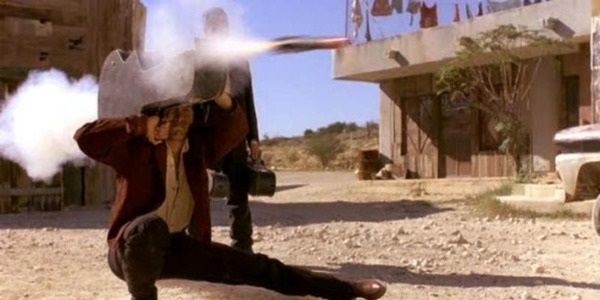