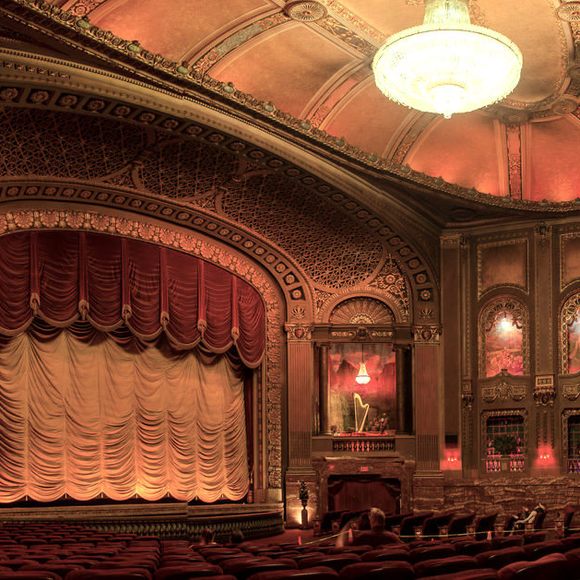 OK, guys, I finished the 50—sorry, 51 films you recommended I watch before I begin my adventure to find a lost movie theatre. Adventure is probably the oldest genre of anything; when the world was bigger, we always wondered what was over the horizon and while our world is smaller and more connected now, I don’t think this has dulled our thirst for adventure. It’s still there inside of us. Acting on it, of course, is another matter. I’ve gone on my own adventures, travelling overseas and experiencing new things but as a creature of comfort, I tend to be drawn to easily lazing around than going somewhere and doing a thing. But if I’m not doing something, I’m usually reading about adventure, playing video games that are often adventures, thinking about stories I could write that are adventures.

And really, adventure stories are often about doing a thing. Sticking your neck out. Incurring risk. You don’t have to travel far, perhaps, some adventures can take us to seemingly nearby and even banal places but even the most banal place can be exciting in the right context (for example, I just watched #30 on the list and boy was that a trip). It’s about taking a chance and moving outside of where is safe and comfortable. Not every impetus for adventure is noble. Some is simply necessary; adapt or die. Sometimes it can even be an act of evil, even if it takes a certain courage to follow that darkness. Adventure is as specifically “reaction” based like comedy or horror meant to provoke a specific feeling but it does play on our myriad of feeling of going somewhere and doing a thing or finding, in our lives, where adventure finds us.

And I want to thank the brave adventurers who will join me. Let’s check out the adventurer's roster… 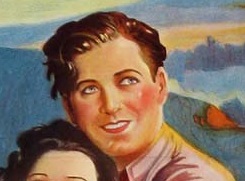 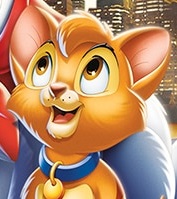 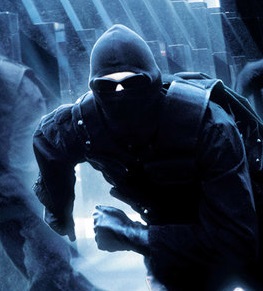 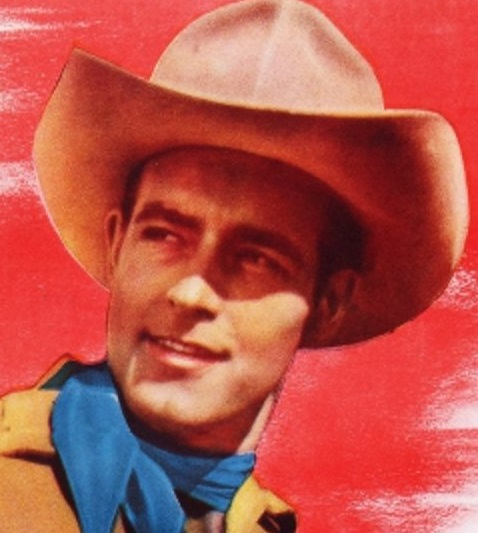 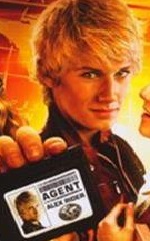 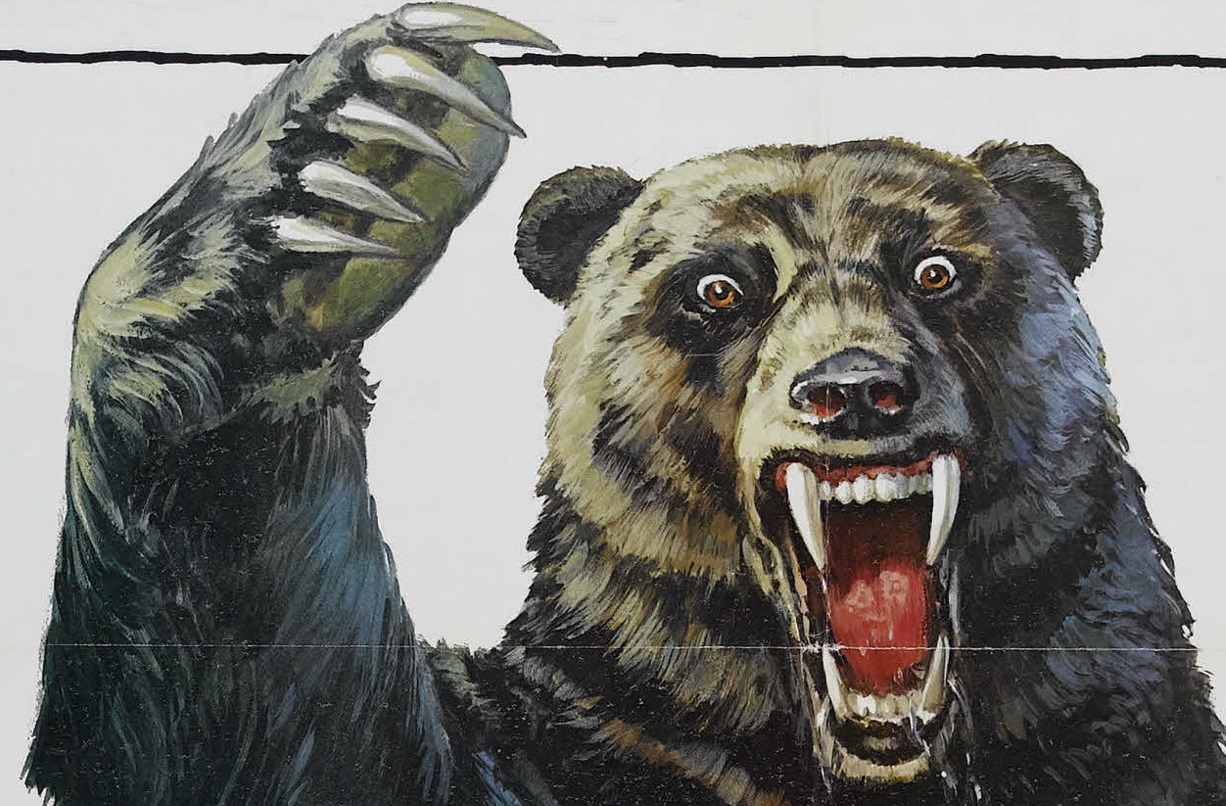 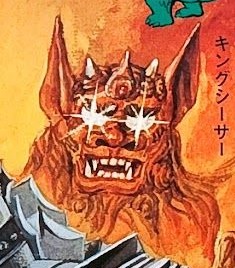 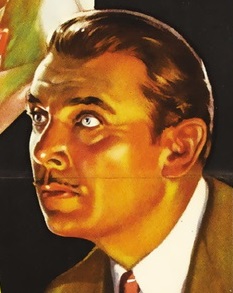 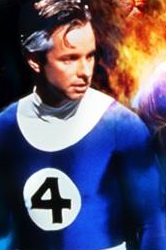 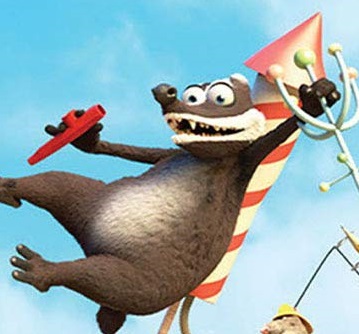 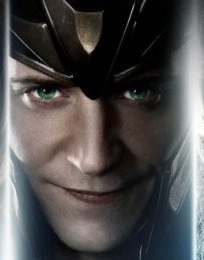 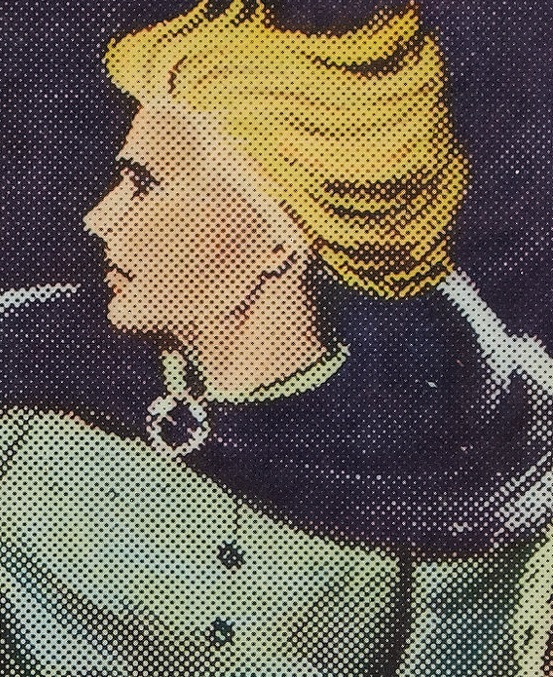 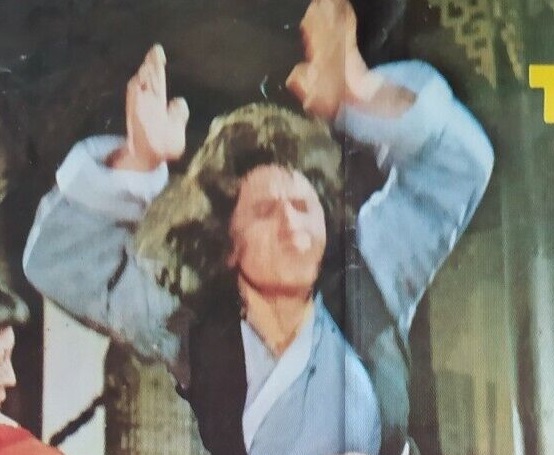 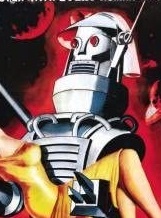 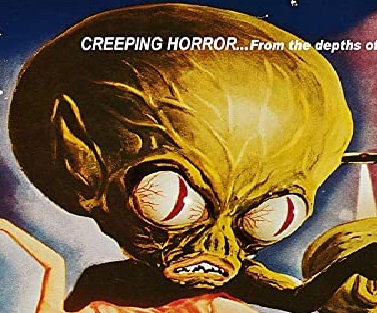 OK, time to step out into this new adventure. *pats self down* OK, I may be missing my wallet. And my keys. OK, I also locked the door behind me. Hmm… this might take a while… uh… see you Monday.

Which one am I?

(I would like it to be known I figured that out before I realized the pictures had identifying flavor text, thankyouverymuch)

Hmm... Not my usual avatar style but I like it. 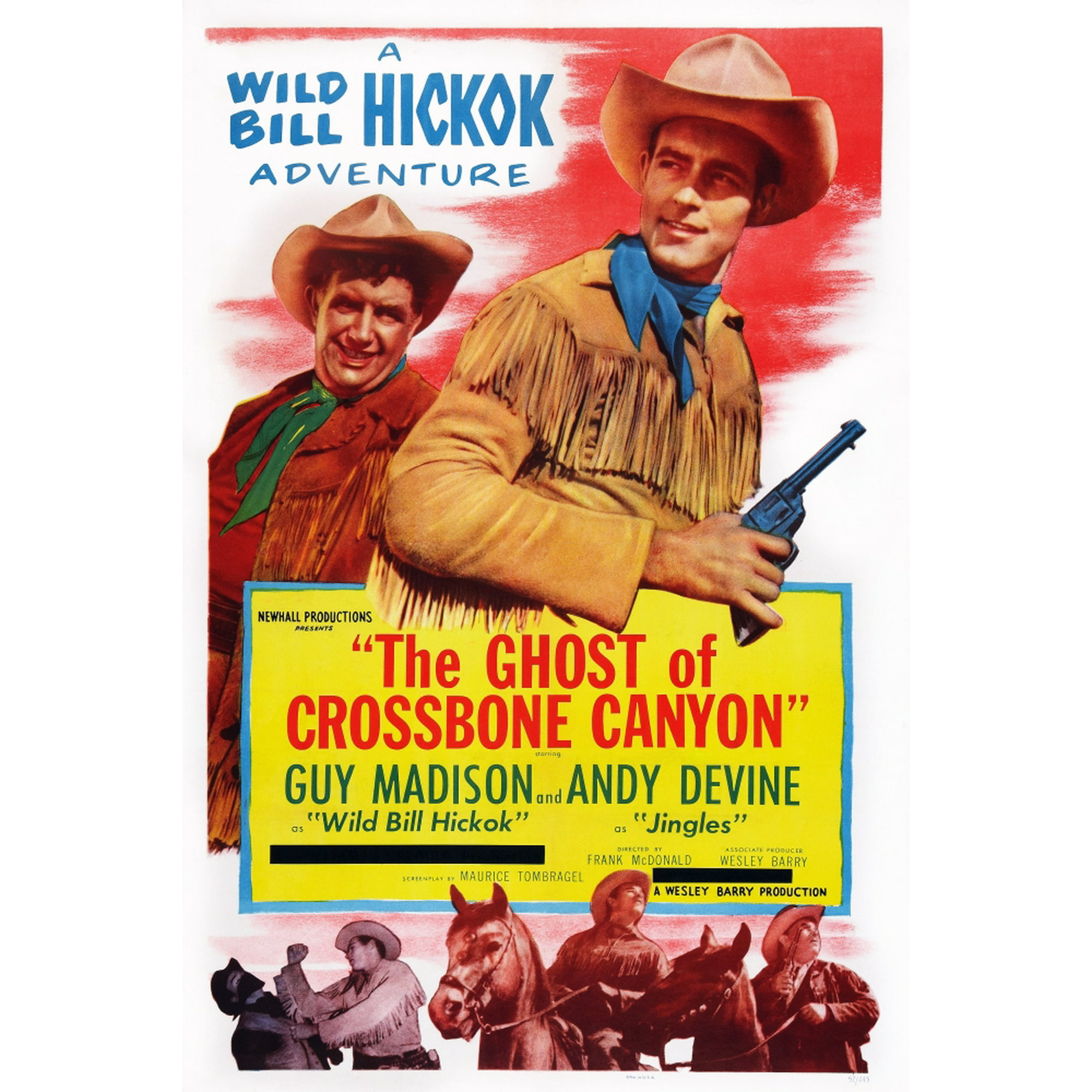 Staff member
Moderator
Yes, excited for this! Adventure's hard to define turns out, looking forward to an eclectic list.

Is that a Master and Margarita poster?

Look, I don't think they made a movie based on the works of Bulgakov, so I went this the first Russian movie I could think of... I love that the poster tries to make it look like Sci-Fi horror when the movie is a fairy tale.

Oh no... Are we all going to have to go on an adventure together to find where Johnny got all of those from? 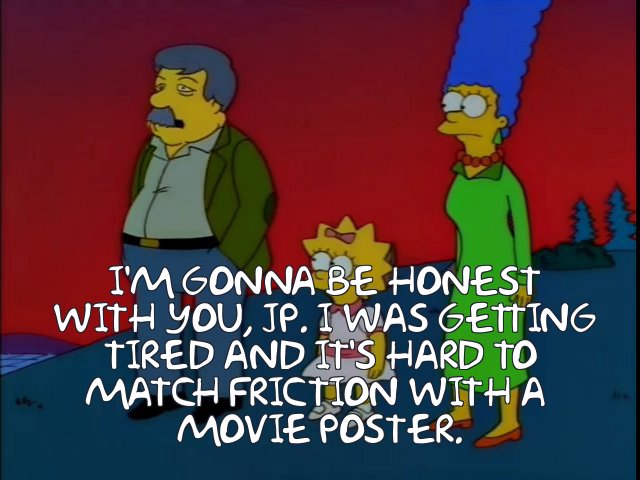 Still here it is. I... just couldn't theme-match it. I just like the look of old posters. 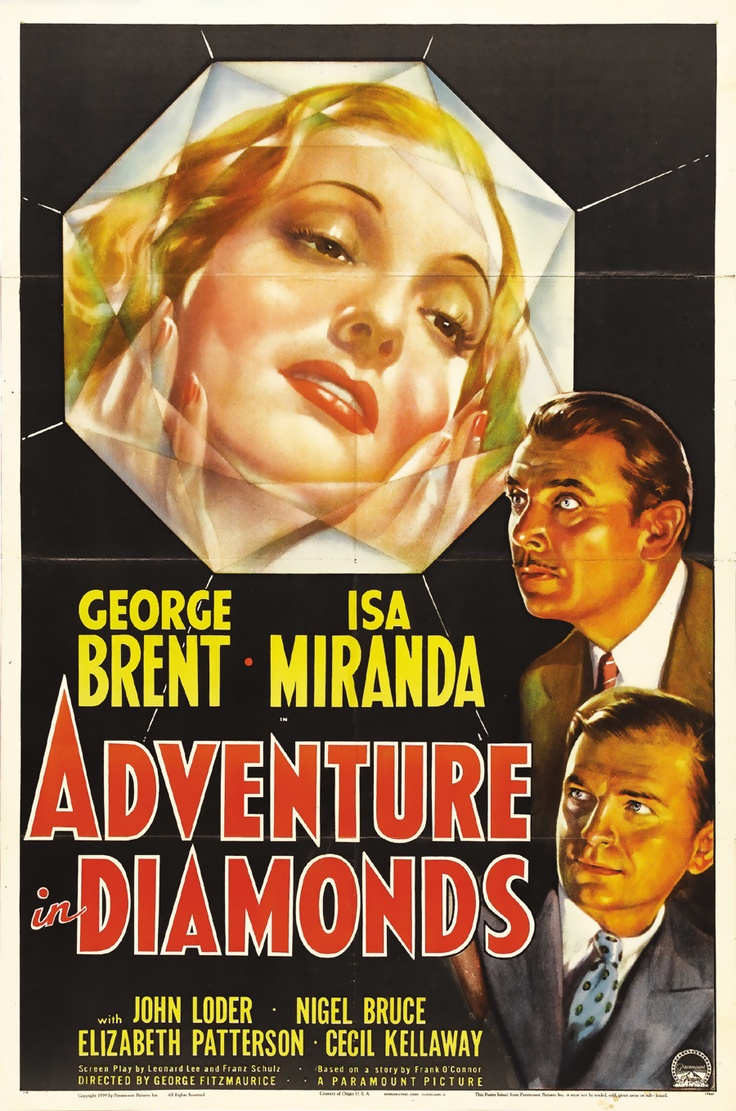 Why is Herbie yellow?

Oh I get it, I get jokes. Hahahaha.

That's a good batch of assigned pulpsonas there.

Thanks. I thought yours was appropriate...

This is what I could find for mine and it just raises further questions. 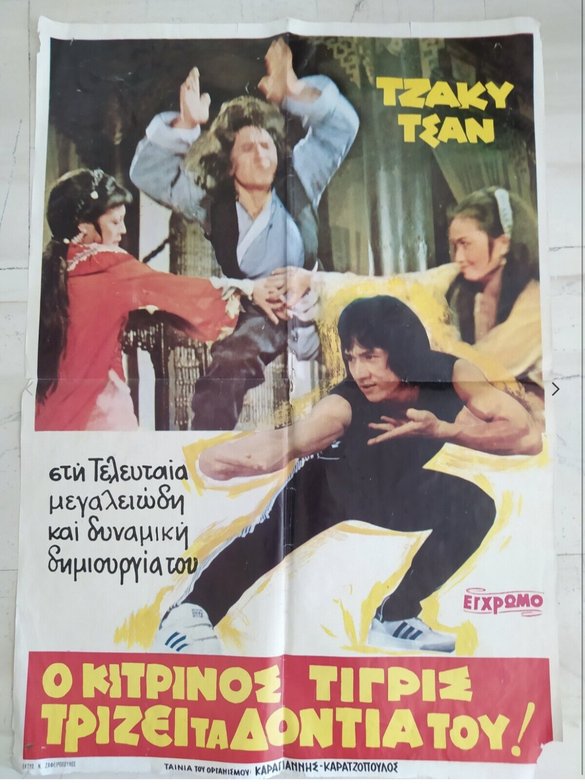 (Also I submitted my final list when I was rushed and a bit drunk so I have no idea what was on it beyond the first few. I mean, I could look it back up, but why spoil the surprise.)

Here's the template. Most doesn't need explanation but I thought I would make a bit clear


the title
The poster

Quote from the movie

point count (note, even if a film has the same number of points, I have two tie breakers; first the highest number of lists it's on and then the highest individual ranking among a tyrant. After that, it is a TRUE TIE (and there is actually ONE TRUE TIE later on in the list!​
Directed by:
Starring:

Reflection on the film

A memorable set piece from the movie or, if it's not the kind of movie to have big set pieces, a memorable or striking moment.[/SIZE]

I appear to be some sort of cold henchman

Do you mean that in the traditional sense or in the new slang sense? 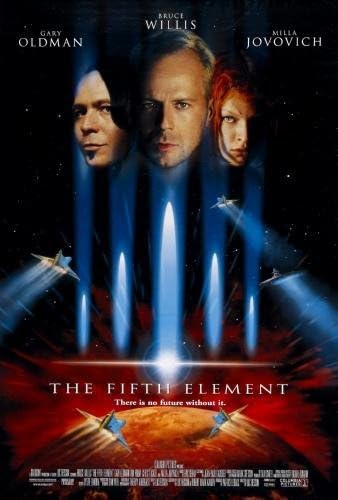 In a distant future, the Earth must be warned about a powerful entity heading toward the planet to destroy it. The only hope is an alien entity named Leeloo, cloned from a severed arm by the Earth government and kept in a prison for study. She escapes and winds up running into taxi driver Korben Dallas, an ex-special forces hero trying to live a modest life in a vast metropolis. When Korben “wins” a rigged radio contest to a luxury cruiser as part of a secret mission, he and Leeloo end up with the same goal; obtain some mysterious stones that will help them stop the evil heading for Earth. But standing in their way are alien mercenaries and insane capitalist Jean-Baptiste Emanuel Zorg. As they various parties race against time to succeed in their goals, there’s one mystery at the finish line that will decide whether the Earth is saved or doomed; what is the fifth element?


There was a film adaptation of Heavy Metal, the American version of the French Magazine Metal Hurlant, but this really feels like the first major mainstream English language film to capture the tone of weird and wild French sci-fi comics. It’s no surprise that Mœbius, the legendary French artist, worked on this one because it does feel like Luc Besson is heavily inspired by his tone and look. Besson had a critical hit already with his action films but this one is a tonally more playful adventure film, creating a wild world and one of the most memorably weird villains. I have a weakness for villains who are both, at the same time, genuinely horrifying threats and also pathetic goofballs. The Fifth Element is a great way to start this list because it really is someone taking an adventure story they began working on as a child and letting that joy to travel into his career with a major motion picture.

Hero’s Journey: The world of the Fifth Element isn’t as overtly anti-empathy as Blade Runner but like that world, it’s a world with a lot of violence and greed and not a lot of love. Over the course of the movie, Dallas and Leeloo discover their own feelings of love which makes their world a better, and extant, place. Dallas is the classic action movie badass cynic but he learns to open up and see more beauty and value.

Ruby Rhod’s journey, is that he fucks.

When composer Éric Serra showed soprano Inva Mula (who dubs the voice of the Diva) the sheet music for the Diva Dance, she reportedly smiled and relayed to him that some of the notes written were not humanly possible to achieve, because the human voice cannot change notes that fast. Hence, she performed the notes in isolation, one by one, as opposed to consecutively singing them all together, and they digitized the notes to fit the music. There are a few moments when you can hear the differences in the vocal tones of the Diva's voice.

I distinctly remember seeing someone share with horror that closed captioning had put "[*singing in alien language*]" in at the start of that, objecting "it's Italian!"

Also someone once pointed out to me that at no point in the movie are Korben and Zorg even in the same scene, which is an interesting choice.

I love this movie, but I was trying to keep films I voted for in other lists to a minimum, so this one ended up on the chopping block.

I'll probably be copy/pasting that sentence a few times in this thread.

Issun said:
I was trying to keep films I voted for in other lists to a minimum, so this one ended up on the chopping block.
Click to expand...

I did the same but I'm not sure if any of my cuts will show up here.

Torzelbaum said:
Do you mean that in the traditional sense or in the new slang sense?
Click to expand...

I was thinking about the traditional sense, but hmmm...

I did shy a bit away from things I thought of as *primarily* Sci-Fi or other adjacent categories, but made exceptions for ones like this that are just such an obvious adventure romp. I mean, you end up with a party of weirdos hunting down macguffins, doesn't get much more adventurey than that. Anyway, it's one of my faves, practically a big-screen live action anime from a time when that sort of style was much less common. Of course as Johnny said, the French/Euro-SF influences are obvious and many, but there's also totally some manga strewn on the floor of Korben's room - the widespread mish-mash of influences is one of the things that makes the movie so exceptional.

Also do I even want to know the new slang definition of body count?

Staff member
Moderator
One of my favorite films, a true banger from start to end with so many fun details and iconic lines. A marvel, a masterpiece really, and it has the distinction of being the first (but not the last) film for me to have completely forgotten about until after I had turned in my list. I'm sorry Dallas, I'm sorry Leeloo, I'm sorry Aziz, I did you rotten and belong in jail.

Kirin said:
Also do I even want to know the new slang definition of body count?
Click to expand...