I'd get either an Xbox One or Series X controller, they are very well made, super versatile, work with everything and can be used wired or wirelessly.

How old is your computer, RR Bigman? You can use PS4 controllers with Steam but it doesn't work so well if you aren't using Win 10.

Logitech also makes some OK controllers but I find the one I have (the F310) a lot less comfortable than either the PS4 or Xbox controllers.

It has Windows 10, but I’m still using my PS4 controller fairly regularly for PS4 things. I suppose it can pull double duty.

I would prefer a dedicated computer time controller, so maybe I’ll get an Xbox One model. 360 controllers don’t happen to work well, do they? I have several of those lying in a box.

Chiming in because while I love keyboard and mouse[trackball!] for PC, some games are just terrible for me with them and I NEED a controller:

Wireless Xbox 360 controllers work okay with Windows 10 if you have the wireless adapter. Or wired ones can just be plugged in, of course. The issue with them is their D-Pad is kind of terrible in some people's opinion. The second revision of XBox One Controller, all that's really sold now, has a better Dpad, bumpers [R1 and L1 equivalents,] and the pad itself can run wired via USB or wireless through Bluetooth. They can ALSO be run wireless through the Xbox One Wireless adapter and thus be allowed full headset support, including voice. Bluetooth cannot do the latter. Oh, and the Xbox controllers just use AA batteries. Throw in some eneloops or whatever your favorite rechargeable batteries are and go ham. The reason stuff like this just works now on Windows is a standard called X Input, its available to NON Microsoft controllers just as well with companies like 8BitDo and others who don't care for Microsoft controllers.

Its not so much I'm trying to sell the things as just outlining some features that're weirdly hard to get full answers on, sometimes. Personally I'd say try the 360 controllers if you can and barring that, try an Xbox One or Xbox Series X/S controller. The latter are just gussied up Xbox One Controllers with an extra Sharing Button the One's lack, and they're a TAD smaller from what I hear. Otherwise its samesey-wamesey.
Last edited: Apr 10, 2021

I don't know what the standard is, but I use a wired Xbox 360 controller. They sell knockoffs too.

I'm one of the people who think the D-Pad of the 360 controller is bad, but it works well enough with games that aren't too stressful. If you are in a hurry, it can easily happen that you suddenly press down, when you were absolutely sure you pressed right - you just switch too easily.

I still beat all of Celeste with such a controller, so one can work with it. I mean, a ton of my deaths there were due to me pressing down or up, when I was sure I was pressing right or left, but that I made it through that game at all should make it clear that the D-Pad works well enough.

I'm still furious that 360 controllers stopped working with Macs after one of the recent system upgrades. I never would have updated my system software if I'd known. I need to figure out how to do a rollback, probably not that hard.

You can get a knockoff wireless adapter to use a 360 controller with PC games, they’re a little futzy but they work fine. Also a lot cheaper than buying a whole controller! That said, I agree with everyone in the universe that the 360 dpad is utter trash, the newer controllers are way better on that front. If you have the budget for a new controller, I don’t think you’ll regret it.

I went to look up a game on Steam that I own on Xbox, and discovered that "Ignore" now has the option to mark that I've played something on another platform, which is really cool as it still uses it for recommendations but will stop giving me stuff in my queue that I've already played. I swear this feature wasn't there a year or so ago? Or maybe I just missed it?

Thanks for the recommendations, everyone. I’ll probably go with a newer Xbox controller. Hopefully I can find a good deal on one soon.

I think that new option to ignore because of having played on another platform is relatively new, like maybe past six months? I hadn't noticed it and I ignore something at least once a month. Nice addition because I don't want to play a lot of the PC ports of older console games I've managed to finish.

There is a Narrative Game festival on Steam this weekend and it includes a lot of demos and panels.
Anyone else have recommendations? I feel like I've seen a number of these game titles before but only in passing.
Last edited: Apr 24, 2021

I bought an Xbox Series X controller to use with Steam Games. I’ve noticed some games say they only have partial controller support. What does that mean?

Typically that means that you'll need a keyboard or mouse to do some menu stuff, but that once you're actually playing the controller will work fine. There are also some games where the controller works, but there are too many functions to assign to it and some things still have to be done with the keyboard. That one doesn't happen as often, though.

Violentvixen said:
There is a Narrative Game festival on Steam this weekend and it includes a lot of demos and panels.
Click to expand...

Violentvixen said:
Anyone else have recommendations? I feel like I've seen a number of these game titles before but only in passing.
Click to expand...

I don't have a recommendation but if this is something you want to see more of there is a supporter pack you can purchase which includes an hour long game called Cyrano which is an adaptation of the stage play and was made by the developer of Kind Words. 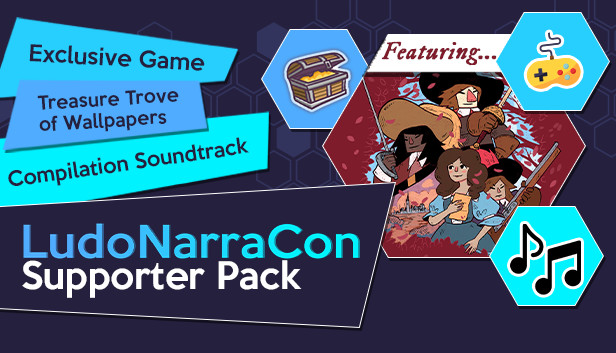 Support LudoNarraCon by purchasing this bundle of content including Cyrano, an exclusive game by the developer of Kind Words, commissioned especially for LudoNarraCon 2021, an album of music and a treasure trove of desktop wallpapers.

Yep, I saw that! I didn't realize it was the same developer who did Kind Words, though, that's fun.

It turns out the PC I was using was only “mostly dead”, and with some help, it has once again become a functioning machine that can adequately run games from the 1990’s. Said game is Turok: Dinosaur Hunter, which I got bundled with the much better sequel in the current Steam sale for very little money. It’s wild going a back to the first FPS I ever played as a way too young kid, only with mouse and keyboard controls instead of the “unique” N64 controller. I’ve never used mouse and keyboard controls for an FPS before, but I have to say, it sure plays faster and I can hit stuff way easier than I could with a pad.

This year's Steam Summer Sale is currently happening, so I bought the Black & White Indie Games Bundle containing a bevy of lovely monochromatic titles such as Minit and Downwell. However, the one that's really hooked me is Return of the Obra Dinn. Deducing how the crew died based on these little vignettes of death frozen in time is really satisfying, and I expect I'll be playing this steadily until the mystery is completely solved.

Obra Dinn is the good stuff

Yeah, its a real treat. Definitely a recommendation for around Halloween time.

I remember someone on here mentioning Screen Cheat and it's only $4 in the sale. Anyone have thoughts on it? Also could an older slightly crappy laptop run it or does it need pretty powerful graphics stuff to handle all the screens?

I had a good time. Note that its a party game. If you enjoyed Goldeneye, then check it out.

Thanks. I think for $4 I'll try it out, their specs notes say "anything from the last four years" but my laptop is from 2015. Worth a shot and I can return it if it doesn't work out.

Also Ticket to Ride and all the DLC is significantly on sale! I might pick up a couple of the ones that I've been curious about but know I'd never get a group together to play in real life.

Picked up Burnout Paradise Remastered for $5, which seems like the right price. Unfortunately this version of the game seems prone to crashing if you have any kind of video capture device attached to your PC. The only way I was able to start a game was to go into Windows Device Manager and manually disable my webcam and Elgato capture card, after which it worked fine. Game is still brilliant over a decade later, but it's pretty sad EA can't be bothered to patch the PC version in order to resolve this evidently well-known issue. 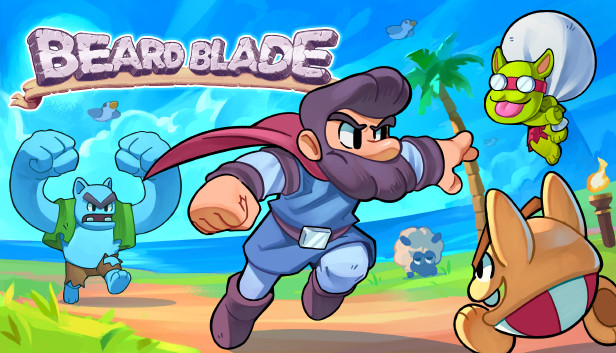 Run and jump through tropical 16-bit locales as you fend off foes with the power of Branson's shapeshifting beard. Visit the barber to toughen your scruff with new abilities and confront the thieving Smuglins.