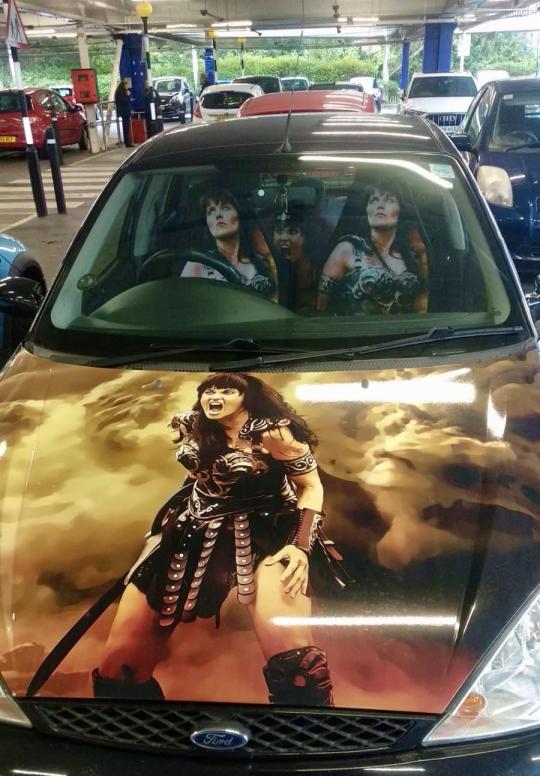 Altered States is an episode that is apparently named for the goofy subplot of Gaby getting trashed on magic fantasy drugs rather than the episodes main plot which continues the shows them of “Every story that happened back in sandal and toga times happened to Xena, specifically”, as it’s an adaptation of the story of Isaac and Abraham from the Old Testament, except set in Ancient Greece, and featuring way more scenes of a beefy woman clobbering Fools. Shes like if Forrest Gump was in the bible.

Anyway, while teaching Gaby to fish with her bare hands, Xena has a kid stumble upon her being chased by a bunch of guys who want to kill him. Aforesaid kid, as it turns out, is supposed to be sacrificed to God because his dad heard a voice telling him to do that thing. Like... Yahweh, not one of the ones Xena usually talks to. Kid not upset about this either, just confused because he’s kind of reluctant to die on Gods behalf and also his dad seems to not really want to do it.

As it turns out, the kids older brother is jealous that their dad likes the younger one more so he drugs his dads nut-bread with hensbane (are those things?) and that makes him hallucinate a lot, and then he used some implausibly convincing folly work to tell him to kill his son to prove his faith. Xena figures this out, and is thrown into a well for it (I kind of spaced out a bit at this point so I missed the rational) and gets out of the well in time to get into a fight with the older brother, who decides to die rather than lI’ve to see Xena foil his plan, and then another voice steps in at the last minute to tell the father to NOT kill his son on Gods behalf, which both Xena and Gaby deny supplying, shortly after talking about having a conversation about having just one God would be way more convenient than a whole mountain full of them.

Which is a far less concrete example of divine intervention than the fact that the episode opened with Xena managing to instantly put on a suit of leather armour while soaking wet, and that she then dispatched a half dozen soldiers with a small fish. I suspect she’s had lots of experience on that second thing, though

Octopus Prime said:
hensbane (are those things?)
Click to expand...

Henbane ingestion by humans is followed simultaneously by peripheral inhibition and central stimulation. Common effects of henbane ingestion include hallucinations
Click to expand...