I almost switched to the all digital level. Still might but I like the idea of getting the physical popcorn bucket. But the digital also means "name on credits" which I'm down with.

The all digital level is exactly what I was hoping for. I don't need merch or toys, I just want new episodes!

KS has hit the 9 episode mark.

I'm definitely really happy to see this campaign succeed, and that this franchise still has enough love to be completely fan-funded.

I'm a little confused as to how the rollout is going to work, though. They say they don't want it to be a streaming service with just MST3K on it, but... is it a streaming service with just MST3K on it, plus live events? How much MST3K will be on it at once? If I'm reading right it sounds like you get a small curated selection each month with a pass, but otherwise have to rent/buy from the voluminous back catalogue a la carte. Which is cool, since if you buy them you get a DRM-free download, but I'm wondering if I can wait until the new season is all out, buy a one-month pass, and watch them all then, or if they're shuffled off to the vault after their premiere month.

I'll likely throw some money their way at some point, if only to support creator-owned content. I'm just a little confused as to my options for accessing the content.

We'll be getting a Halloween episode and a new Holiday Special as well as the full season and 12 short riffs like the infamous "Mr. B Natural"
Last edited: May 8, 2021

Worth noting that in one of their live streams, Joel announced two of the movies. 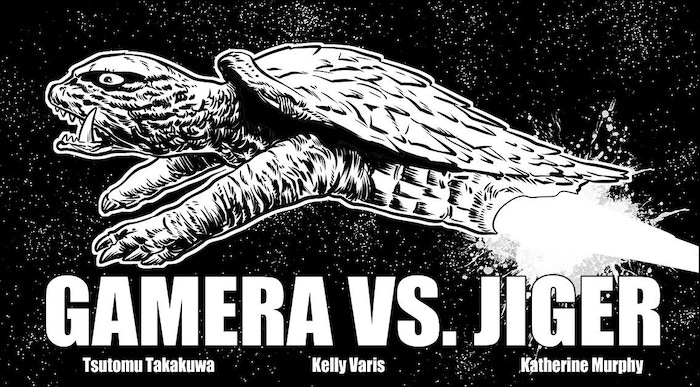 And not just any Gamera movie: Gamera vs. Jiger is by far the most ambitious and outrageous Gamera I’ve ever seen in my long life of movie riffing.

For starters, the setting is not only a tropical island which has it own kaiju god named Jiger – a brownish greyish triceratops that shoots poisonous quills from her face – but also at the 1970 World’s Fair in Suita, Osaka Prefecture, Japan, which is going on at the same time!

So yeah, you’re gonna get some fights on the land, sea, sky, and at the World’s Fair all featuring the flying turtle taking on Jiger... but then, one of Jiger's darts causes Gamera to fall asleep and turn gray, after which he ends up submerged in the ocean with his mouth hanging open. Then, two ambitious kids drive a mini-sub into Gamera's mouth, and fight a baby Jiger that’s living inside Gamera like a virus. And then more things happen, but I kinda lose track at that point.
Click to expand...