Well someone had to.

Less optimistic about this one, since it's going to be a free to play and the developer is more of a mystery here. It does have voice acting though.

Why does all of the gameplay footage in that trailer look like it's being played back at 50% speed?

Like, on one hand it just seems weird that they'd slow down all the footage for the reveal trailer like that, but on the other hand there seems to be several animations that, uh, don't look like they'd work at "full speed".

While the production values definitely look a step above Nick Brawl, I'm much more skeptical about this game being good to play.

WB is just trying to mine whatever cash they can from their IPs. Superman and Shaggy vs. Steven Universe and Arya Stark is not even interesting. It's just whatever this big media company happens to own. I'm sure Disney will have one where Yoda can fight the crazy cat lady from the Simpsons in the next year or so.

A+ on the thread title

At 2:55 it shows a Perks screen for Arya, and it also has XP and daily missions and shit. Ugh

I never watched a lot of Adventure Time or Steven Universe, but it kind of sounded like Finn and Steven's respective voice actors are aging out of their child roles (to say nothing of dragging Kevin Conroy out to voice Batman yet again).

YangusKhan said:
At 2:55 it shows a Perks screen for Arya, and it also has XP and daily missions and shit. Ugh
Click to expand...

On one hand, Smash has had a perks systems since Brawl and nobody has ever cared about them.

On the other hand, this is a free-to-play game, so I'm almost certain that system is why all the gameplay in the trailer looks so sluggish and anemic.

I'm officially not looking forward to this.

No Switch version, I see.
I'm somewhat skeptical too, given the shabby quality of Cartoon Network: Punch Time Explosion. Also, while they have the proper voices, they sound a little phoned in. Kevin Conroy is saying "I am Batman," but what I'm hearing is "I'd rather be doing anything else."

ArugulaZ said:
while they have the proper voices, they sound a little phoned in. Kevin Conroy is saying "I am Batman," but what I'm hearing is "I'd rather be doing anything else
Click to expand... 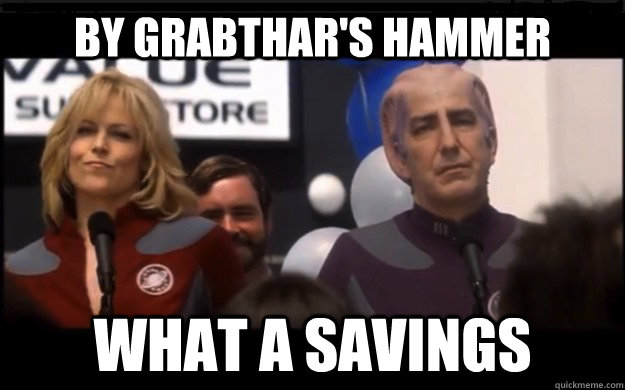 Patrick said:
WB is just trying to mine whatever cash they can from their IPs. Superman and Shaggy vs. Steven Universe and Arya Stark is not even interesting. It's just whatever this big media company happens to own.
Click to expand...

I don’t know whether to be impressed that the Internet manifested Ultra Instinct Shaggy or annoyed that it has a meme character instead of regular Shaggy.

I was pretty skeptical when their answer to platform fighters’ “pain points” was “team battles are the norm.” I’ve only ever done team battles begrudgingly in Smash. Do people like those?

lol they also go out of their way to establish that their game has voice actors and palette swaps/skins, the two most glaring omissions in Nickelodeon’s game.

are we gonna see harry potter in this game? cause that would be a deal breaker

Sprite said:
I’ve only ever done team battles begrudgingly in Smash. Do people like those?
Click to expand...

Yeah, my friend & I like to go up against 2 lvl 9 bots. Team play adds a different dynamic. Otherwise I play solo though, and I wouldn’t want team to be the main focus in Smash.

Juno said:
are we gonna see harry potter in this game? cause that would be a deal breaker
Click to expand...

Patrick said:
WB is just trying to mine whatever cash they can from their IPs. Superman and Shaggy vs. Steven Universe and Arya Stark is not even interesting. It's just whatever this big media company happens to own.
Click to expand...

Yeah, this is the most depressing part, and one of the worst things about the modern artistic landscape. Smash and Nick are both celebrating rich histories. Multiversus is just dumping a tub of IP all over the floor like action figures to show off how many they own.

I'm sure Disney will have one where Yoda can fight the crazy cat lady from the Simpsons in the next year or so.
Click to expand...

All that said, I do miss Disney Infinity.

Juno said:
are we gonna see harry potter in this game? cause that would be a deal breaker
Click to expand...

Potter is hopefully too busy creating controversy elsewhere in the gaming world...

There's no way that there's not going to be some Harry Potter representation in this F2P Smash clone. J.K. Rowling may be a horrible person and the new HD game may have one of those Goofy Goober shits on the team, but Harry Potter is still a very lucrative property for Warner Bros. when it sticks to being about Harry Potter and wizard school stuff and doesn't try to branch out.

Okay, this whole thing is incredibly cheap, shallow and tacky, but I can't deny that having Porky pop up with a big "THAT'S ALL FOLKS!" whenever someone dies is a pretty inspired and acceptable choice.

Patrick said:
I'm sure Disney will have one where Yoda can fight the crazy cat lady from the Simpsons in the next year or so.
Click to expand...

If Disney did one of these they would probably go for the more iconic characters they own and whatever movies they wanna advertise at the moment instead of just throwing random IPs together. That's how Disney Infinity rolled until they killed it off.

Given how Disney Infinity ended, that may prevent a Disney Smash clone being made at all for the time being.

Yeah. Disney Infinity locked the characters to the playsets they came with, so there was no using Woody from Toy Story in a Pirates of the Caribbean set or Donald Duck in a Marvel Super Heroes set. You could play with them all in the Toy Box mode and through some specialty sets released at the end of life, but Infinity was surprisingly locked down as far as having the IPs interact with one another, especially when the same company owned them all.

To be 100% Dahl approved, Wonka would have to complain about "dirty Pakistanis" every time you hit a jackpot.

While I was curious about Nickelodeon's version, I haven't touched it, and the hype cooled down faster than a McDonald's order from UberEats.

But this? This, I'm going to at least try. And if it's good, I might even play it for a while.

...and if it's good AND they have Terry McGinnis as paid content, I'm opening my wallet faster than you can say "shway."

Like, a yeah ago, a Cartoon Network smash seemed like my Jam. After the next Space Jam, I am really bothered by WB pushing it's IP multiverse. Yeah, you have IP. It's fine. I don't need content that is also advertisement for content.

But yeah, I feel similar. The Nick thing was definitely held back by Nick, but it comes off more as something that genuinely wanted to celebrate the long, storied history of Nicktoons (and 80s TMNT). They may not have Rocko on the roster, and there are some meme-y pulls (How else do you explain Nigel Thornberry?) but you know somebody cares when they put Oblina from AAAHH!! Real Monsters and CatDog in a fighting game.

Warner Bros.' thing comes off more as showing off all the various toys they have the TV/comic/film rights for.

I feel like it feels like WB is trying to show "We got big IP, too, Disney." instead of actually utilizing them for things beyond saying that.

It's funny how GoggleBob's review isn't anywhere near flattering, yet I still feel he was too kind to the game. Punch Time Explosion is indeed lousy as a Smash Bros. clone. But it's also lousy as a nostalgic throwback, because they didn't even bother getting the right voices for the characters! It's a disappointment from two different angles!

Goggle later sings the praises of The Grim Adventures of Billy and Mandy, and it deserves the praise. But I think its video game gets right what PTX so badly fumbles. It's not just merchandise for the show; it's extremely faithful merchandise. The designers clearly understood what makes the series tick and got not only the right voice actors, but the writers as well, and packs in loads of references to past episodes and cameos from characters who would easily be missed by non-fans. Grim laments, "What kind of sick individual would make us fight for their amusement?," followed by all three lead characters staring accusingly at the player. Characters can be set ablaze, resulting in observations from the burn victims like "Ooh, ooh! Hot! But it's a DRY heat," and "I HATE being on fire!" Weird Al Yankovic is the announcer, telling players that they "need ham badly," and exclaims in shock "Irwin WINS?!?" should the hapless nerd score a victory.

It's one of those games like Simpsons: Road Rage (possibly also Hit and Run; I never played much of that but get the names confused) that offers absolutely nothing to non-fans. If you don't like Billy and Mandy, you'd be better served with Power Stone, the game Grim Adventures desperately wants to be. But if you do like the show, the game is an absolute treat. It only covers one cartoon, but it's a more effective celebration of that one cartoon than Punch Time Explosion tries to be for CN's entire pre 2010s line-up.
You must log in or register to reply here.
Share:
Facebook Twitter Reddit Pinterest Tumblr WhatsApp Email Share Link
Top