KiKi KaiKai: Kuro Mantle no Nazo - the return of Pocky and Rocky

The latest Tengo Project... project has been announced: it is a follow-up to 1992's Pocky & Rocky, in the venerable KiKi KaiKai series, for the Nintendo Switch. The announced title for the new game reverses the Super Famicom game's subtitle--Nazo no Kuro Manto--and whether that's signaling of the new release's intimately intertwined nature as a sequel or something else remains to be seen.

What is known is that Tengo Project know what they're doing, as their resume proves their aptitude for these sorts of video game revivals beyond question: these are former Natsume developers responsible then and now for material and remasters thereof like Wild Guns with Wild Guns Reloaded, and The Ninja Warriors Again with The Ninja Warriors Once Again. Super Famicom restorations are what these people do, and for anyone that enjoys the specifics of that platform and this creative team, they've always done their utmost to preserve that legacy and improve upon it, and pulled it off every time. By any measure, the remasters and remakes created by them rank among the very best the medium has ever seen. There were two KiKi KaiKai titles for the Super Famicom back then, so the well has not run dry yet on that front either, and who knows of the exact nature of this new incarnation--the important thing is that Sayo and Manuke are back, under the caring guidance of Tengo Project.

Outside of Elevator Action Returns there is no other project I feel more perfect than a new Kiki Kaikai game from Tengo. I'm unbelievably excited about this one.

Staff member
Moderator
I've been waiting for remakes of Natsume's Kiki Kaikai games since The Ninja Warriors Once Again proved their work on Taito's IP was on the table. The way they're describing this as both a new work and a continuation of the first game specifically has me curious as to what shape it will take. Looking forward to it.

You can't look at Wild Guns or Ninja Saviors and not know that they obviously care deeply about these games they're remaking; I have no doubt they'll do Pocky & Rocky justice.

This is the first game they're remaking / expanding / whatever that I actually have affinity for to begin with so I'm very excited.

This is going to be excellent. I'm interested particularly in seeing how the changes to the aspect ratio for modern screens and the increase to the size of the playfield (assuming it follows the example set by WGR and TNWOA) alter the fundamental dynamics of the game. The pace of the action in TNWA is partly dictated by the cramped space - only a small number of enemies can enter the screen at a time, and new enemy types are usually presented to you on their own or accompanied by a few zako/grunts. The game tests you on dealing with multiple types at once after a few stages, but the available space and enemy limit keep the game focused on these intimate scuffles, where the main thing being tested is your ability to learn and respond to specific behaviours. One of the most impressive things about TNWOA is that it manages to feel like exactly the same game despite the fact that it has undergone a sea change in its overall emphasis. Each character has a subtly expanded moveset which allows for larger combo strings and higher damage dealt without things ever descending into a daft corner-juggle marathon, and the vastly wider play area and sneakily increased enemy headcount effectively double your workload. The game is still very much about learning to deal with enemy behaviours, and it combines the different types more often for more interesting challenges, but it also demands a much higher level of sheer crowd control, as in more traditional beat-'em-ups. So it ends up being kinda the same thing but with a lot more going on from moment to moment. I'm excited to see all the ways in which Nazo no Kuro Manto ends up being the same, but not. 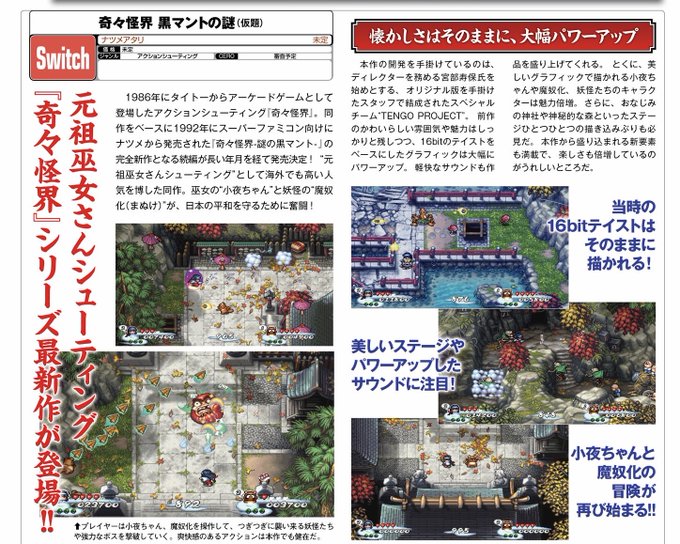 so far so good, visually speaking


“While you may think it’s a remake, it’s a completely new title. It’s loaded with new elements.”

I'm expecting a Ninja Warriors Once Again level remix, where its thematically the same but changes enough that its technically a new game.

The Tengo Project feels too good to exist. Even now that they've done this a few times I can hardly believe it. This is exactly how I wish more places would approach old sprite-based games.

Those screenshots, even at that quality, are making me say

Hooray! Great news. Honestly I'm surprised this is the one they did third- I feel like, even in the US, P&R/KK was Natsume's most popular (action) game.

This is gonna be good. LOOK AT THIS

Staff member
Moderator
Okay, so it is in fact a remake of the first game. But that's what I wanted!

This is a very unexpected surprise! I loved Pocky & Rocky but I haven't thought about that game in 20 years!

Oh my god I have to get this for my aunt's kids.

Kishi said:
Okay, so it is in fact a remake of the first game. But that's what I wanted!
Click to expand...

this perhaps does not clarify the situation. 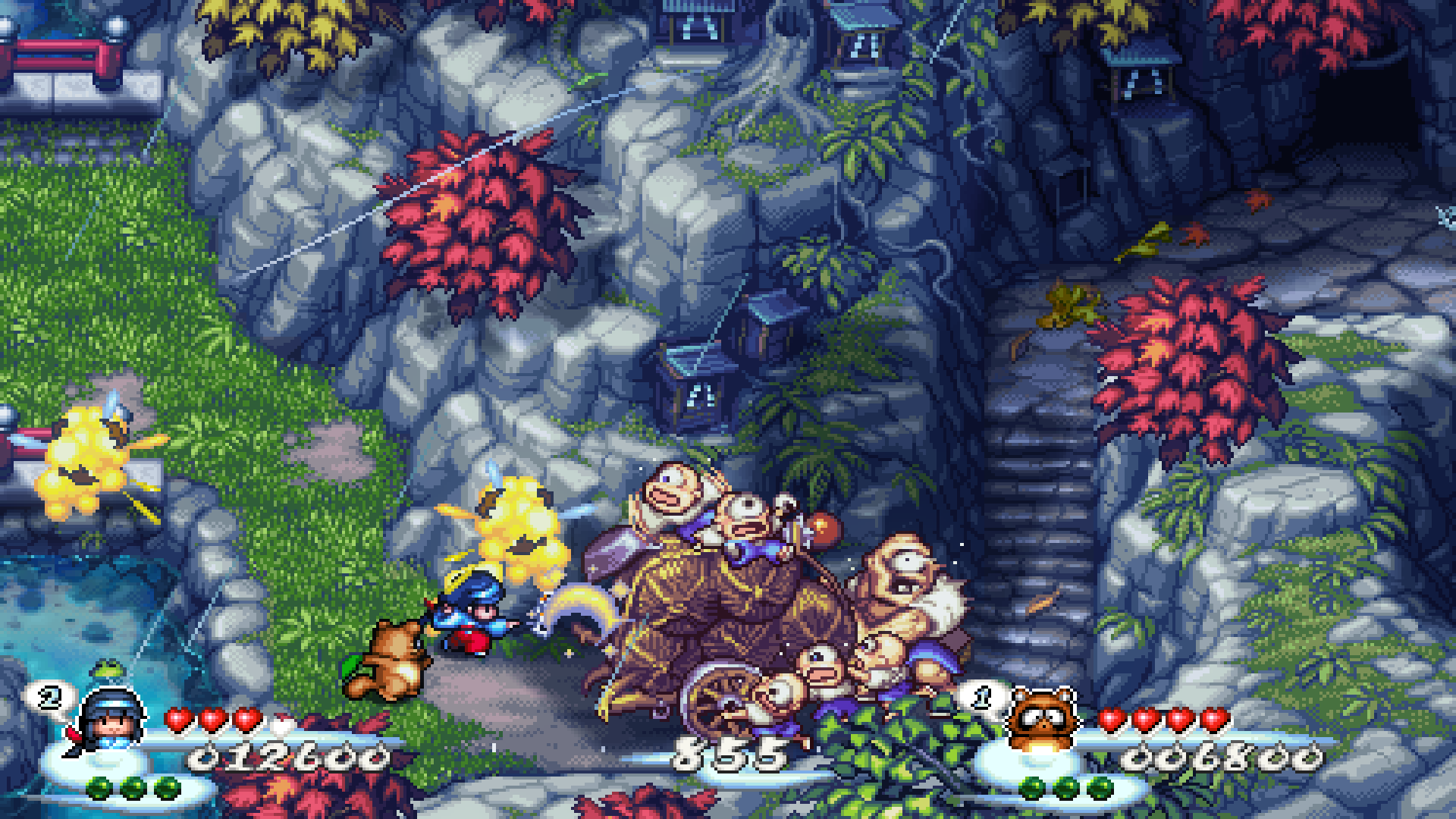 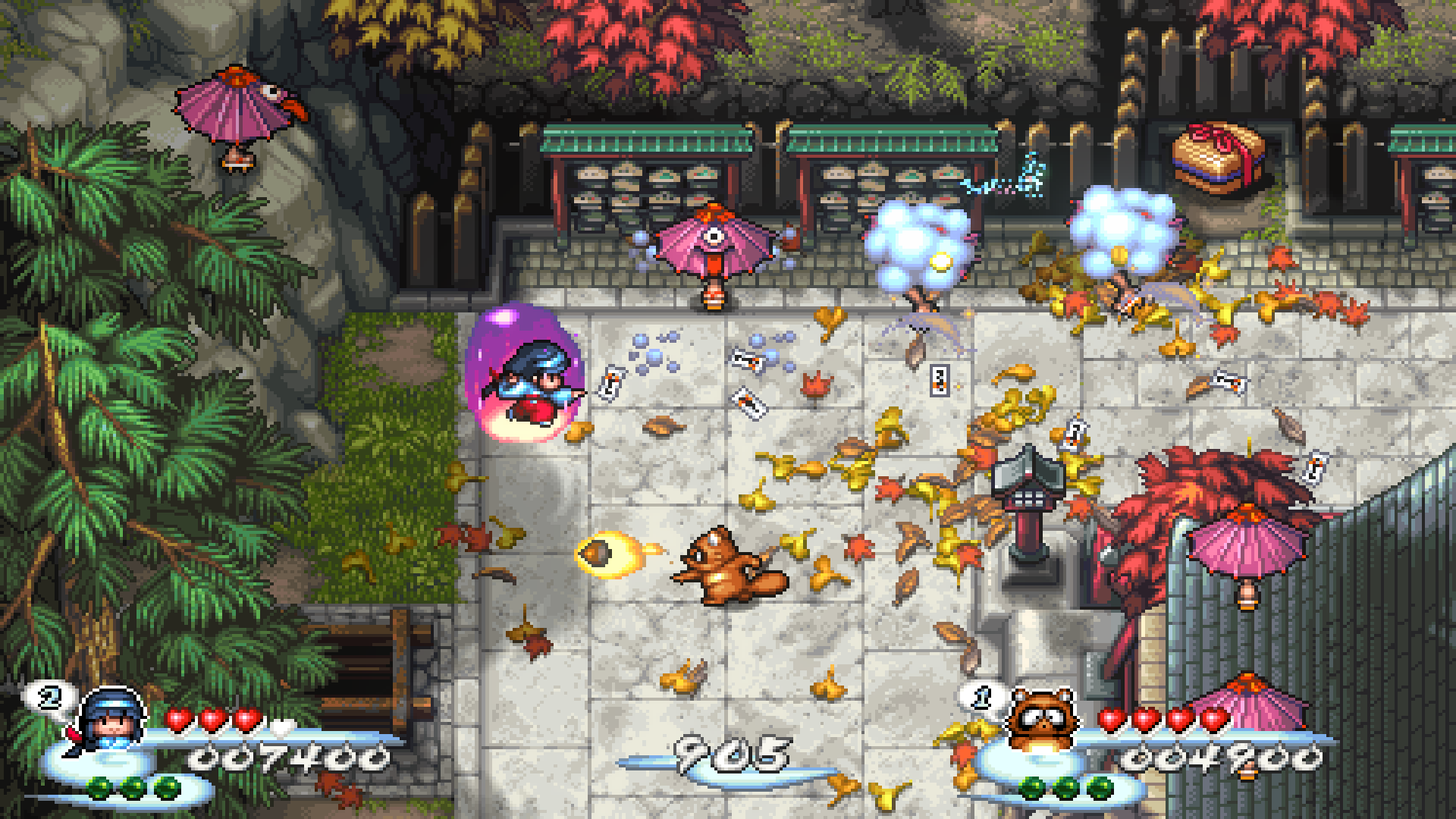 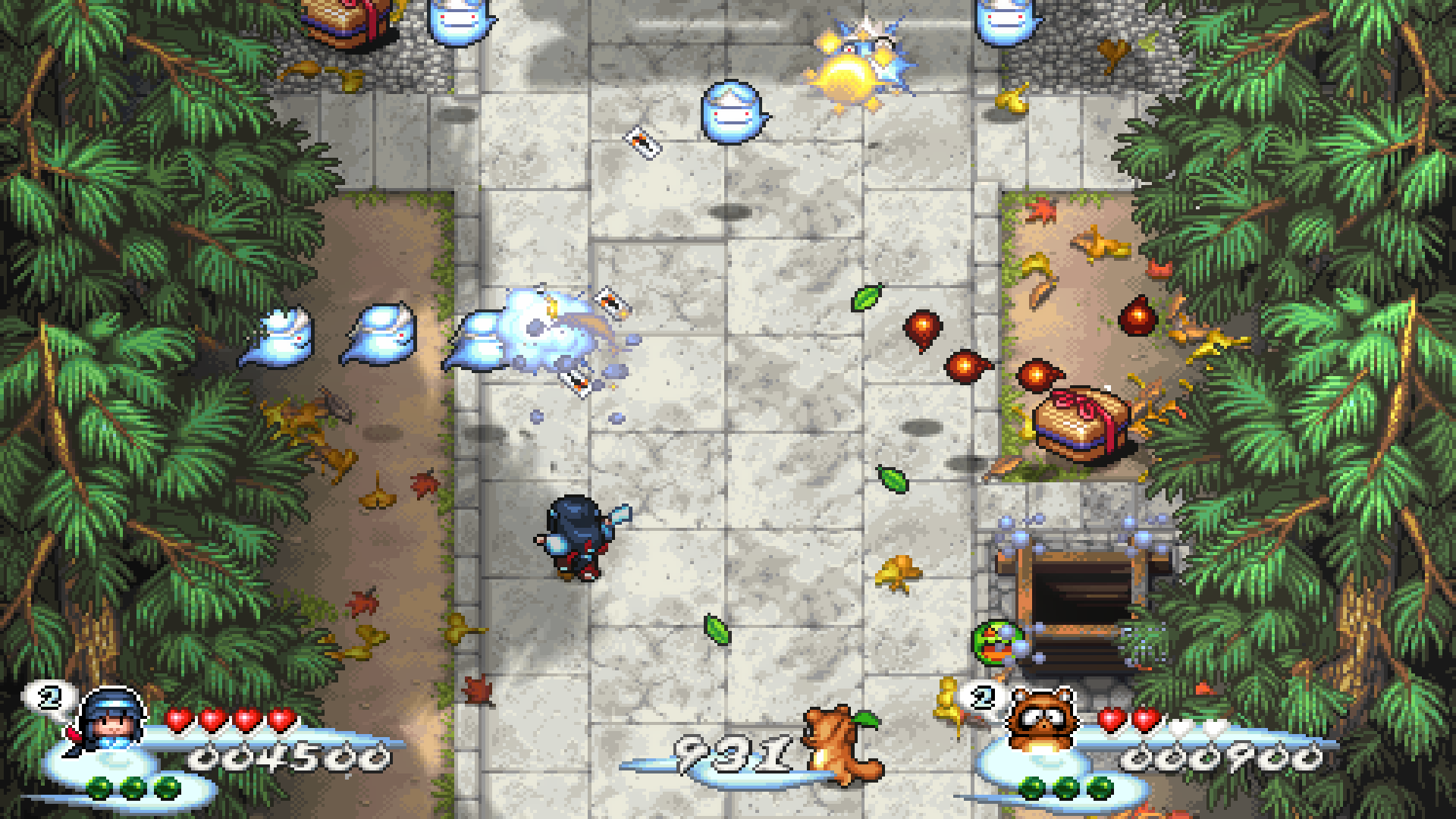 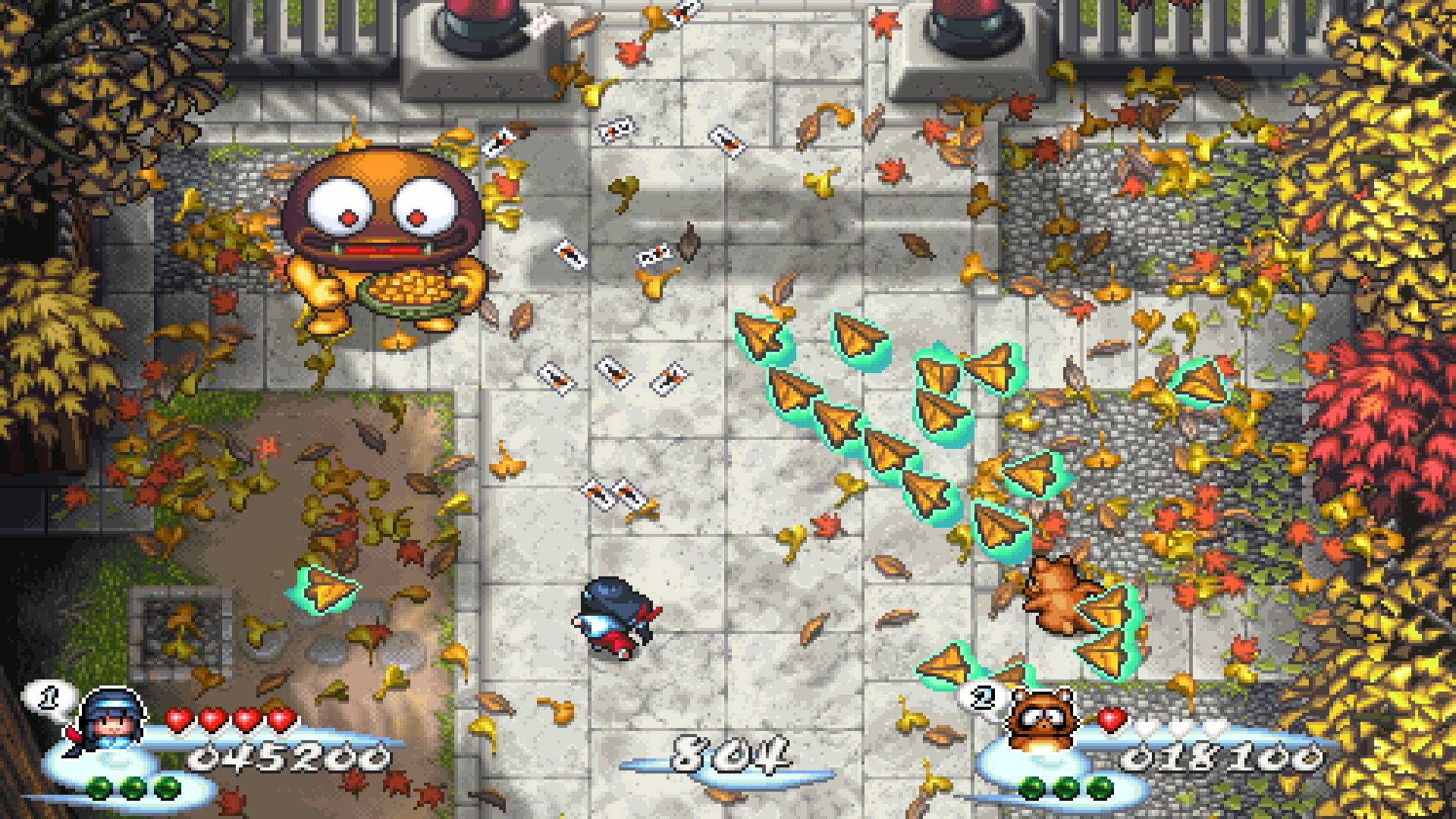 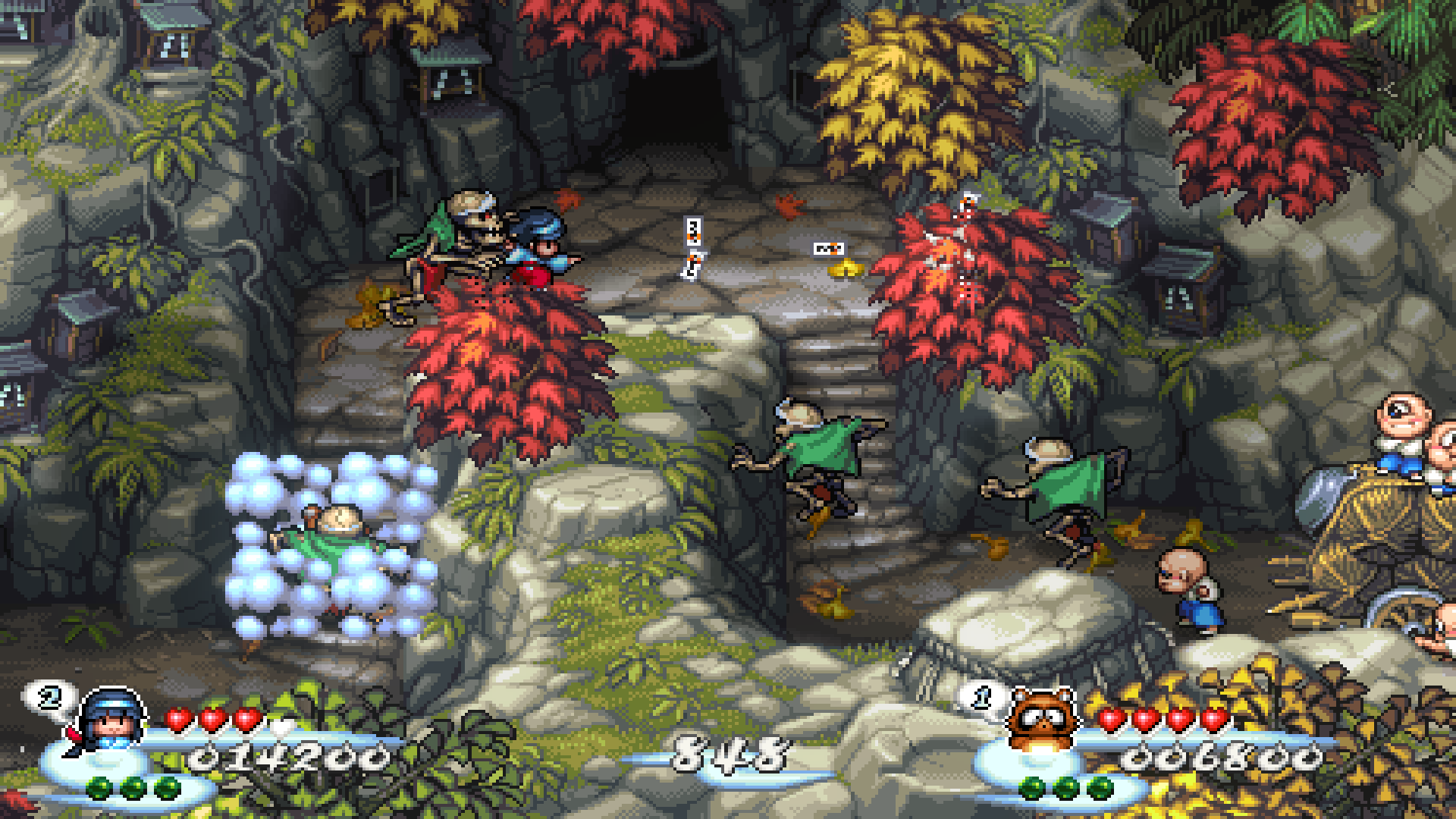 the talent on display, the effort and affection put into each and every pixel... you love to see it.

I look at this as an "expanded remake" (like the other 2 recent Natsume Atari games) going by their initial wording and the trailer/screenshots seem to back that up since there's a lot of familiar but some new in that stuff.

I AM SO HYPE

(you can like... hit auto translate on that tweet for yourself, but it says, roughly "it looks like a remake because the first stage is the same, but it's a completely new game with a new story, please look forward to this new adventure")

WildcatJF said:
This is gonna be good. LOOK AT THIS
Click to expand...

As long as they don't have the staff from Heavenly Guardian, we'll be good.

These are among the only developers able to take visually standout material from its era and imbue it with a level of fresh craft that invites comparisons akin to generational leaps in fidelity. If you haven't seen Pocky & Rocky in a bit, or at all, maybe this is what you remember or picture in your brain it to look like, and only side-by-side comparisons reveal the astonishing advancements in shading, animation and everything else that this team almost routinely employs in their work to create that sensation of meeting impossible standards in idealized conceptions of pixel art. They do all this without deviating from the character and merits of the original work, in an approach that is distinctly additive, but also transformative in how these games can look today while staying authentic to themselves in every way. Makes you wish every veteran developer group had the outlet, opportunity and support to express themselves in this way.