Gato Negro is a tour de force of Riot Grrl Punk/Metal that very few people have ever heard. You may have heard of 7 Year Bitch, but you may or may not have really listened to them. They were trailblazers in many ways. Elizabeth Davis is one of the all time great bass guitar players, yet she never makes the lists. Selene Vigil was a huge step forward for Latinx performers in rock music. And the way the band challenged traditional song structures on Gato Negro resonates even today. I urge you all to listen to this album. Here's Crying Shame.

I see your 7 Year Bitch (who do, in fact, rule) and raise you The Gits album Frenching the Bully. "Second Skin" is a jam.

I'm not sure what movies criminals underrate.

I'll see myself out.

Hum had a semi-popular song in "Stars" back in the mid-90s off You'd Prefer An Astronaut (an underappreciated album in its own right) but the actual criminal underappreciation is 1998's Downward is Heavenward. The entire album is a tour de force, with highlights like "Dreamboat", "Comin' Home", and "Green To Me". But for my money, nothing beats "Afternoon With The Axolotls". The progression and texture is ridiculous, and it has one of the best outros of any song I've ever heard.

I had a big ol' effort-post about Gloryhammer in the Olde Forume, and while I can't full reproduce it here, I feel like it is warranted; their entire output (so far, three albums) is a perfect example of Earnest Self Parody in a genre born of Enthusiastic Self Parody. They seek to have as much fun with the concept of a goofy-ass heavy metal space opera as they possibly can and fill it with ridiculous gravitas. Their three albums (Tales from the Kingdom of Fife, Rise of the Chaos Wizards and Tales from Beyond the Galactic Terror-Vortex) combine into a single coherent, if bugnuts, storyline involving time-travel, cyborg barbarians, space-wars against The Goblin King of the Darkstorm Galaxy, and a magical cursed knife that makes you evil by teaching you math. Each album has a song about how cool the titular Gloryhammer is.

I know we have a few They Might Be Giants fans around here, but I would argue that their album Mink Car is definitely underrated by most folks. It was originally released on 9/11, which understandably led to it being overlooked and maybe even forgotten by a lot of people. Not every song on it is great, but I would argue that the best songs from Mink Car would stand up against any other TMBG album.

It opens with the strong 1-2-3 of "Bangs", "Cyclops Rock", and "Man, It's So Loud In Here". The latter two have maintained their place in TMBG's concert setlists since the album's release, and while "Bangs" doesn't get much stage time, it's a classic off-kilter Linnell love song.

"Man, It's So Loud In Here" is probably the best song on the album, and also happens to be an absolute banger. It's impossible to deny how good and catchy this song is. TMBG superfans may remember the song originally was arranged for the full rock band, but the throwback 80's club production on the eventual album version does an incredible job of supporting the song.


"I've Got a Fang" and "Wicked Little Critta" are two more weird Linnell tracks that are always fun, and have found their way back into TMBG's live shows in recent years as well. Another highlight that nobody ever seems to remember is "My Man", an jaunty track about someone's body taking stock of its situation after becoming paralyzed.


Flansburgh turns in some really good work on the record too, starting with the afore-mentioned "Cyclops Rock". "She Thinks She's Edith Head" works itself into a big rave-up ending, with even the band shouting "One more! One more, go!" near the end because they didn't want to stop playing. Another notable song is "Drink!", which to me seems to be the starting point for Flansburgh approaching explicitly sad material in a way that's more straightforward than he'd previously done; this is something he'll continue with songs like "Old Pine Box" on 2011's Join Us, "Sometimes a Lonely Way" on 2013's Nanobots, or "This Microphone" from 2018's My Murdered Remains.


Even in the places where the album falls flat, it feels like those songs are more dated than actually bad. "Mr. Xcitement" definitely feels like a song from 2001, but that doesn't stop it from being fun. The slow version of "Another First Kiss" pales in comparison to the new wave version from Severe Tire Damage, but that doesn't mean the song is bad. It just happens to suffer from an unfortunate production decision here.

In conclusion, this is a good album, please listen to it.

Susanne Sundfør is a Norwegian baroque pop singer and musician. Her music is very dense, somber, and complex. But in 2014 or so she wrote a bunch of songs that were meant to be more up-beat dance-pop songs, inspired by new wave artists of the 80's. My understanding is that since this was a genre she didn't really work in, she enlisted electronica/synth-pop band Röyksopp to collaborate with her on the production. The result was the album Ten Love Songs. Although it was supposed to be more upbeat (and I guess it was compared to her other work), and unable to completely leave her baroque style behind, the album ended up as a collection of somewhat edgy synth-pop songs that were oozing with mood. It's an extremely fun album to listen to and I would definitely say it's criminally underrated. I'm not sure how big of a following she has in Norway or other parts of Europe but I believe she is not well-known in America. Anyway, here is "Accelerate" from Ten Love Songs.

Oh and the video is somewhat NSFW

lincolnic said:
In conclusion, this is a good album, please listen to it.
Click to expand...

I haven't listened to Mink Car in a long time (except to fire up "Mr. Xcitement" on a recent Soul Coughing kick, who are frankly deserving of their own entry, perhaps).

Also, I don't think Jawbreaker fans underrate any of their albums, and I think people who aren't Jawbreaker fans listen to Jawbreaker. They're kind of an all-or-nothing band, but still, if one of their records is underrated, it's Bivouac. Not the explosive debut (Unfun), not the masterpiece (24 Hour Revenge Therapy) and not the breakthrough/"sell-out" album that was originally on Geffin (Dear You). It's the unloved middle child, but it rules super hard from front to back. If I was to pick a standout, it would definitely be "Chesterfield King."

ShakeWell said:
I haven't listened to Mink Car in a long time (except to fire up "Mr. Xcitement" on a recent Soul Coughing kick, who are frankly deserving of their own entry, perhaps).
Click to expand...

I thought about writing about Soul Coughing too! But like you said about Jawbreaker, I don't think any Soul Coughing fans underrate any of their albums either.

I really wish Powerpuff Girls: Heroes and Villains was still in print. Basically, its an audio "episode" of the cartoon with character/plot point themes by bands that Craig McCracken was a fan of and now I'm a fan of, including Frank Black, Devo, Optiganally Yours (full on underrated band) and Shonen Knife. A couple of the songs eventually made it into the franchise in other ways (one appeared in an episode and one appeared in the movie).

TWRP is probably my favorite of the 'nerdcore' or at least extremely nerd-adjacent funk/electronica revival bands, blending classic electronic instrumentation and sampling with modern production techniques, and Together Through Time is probably their strongest album: 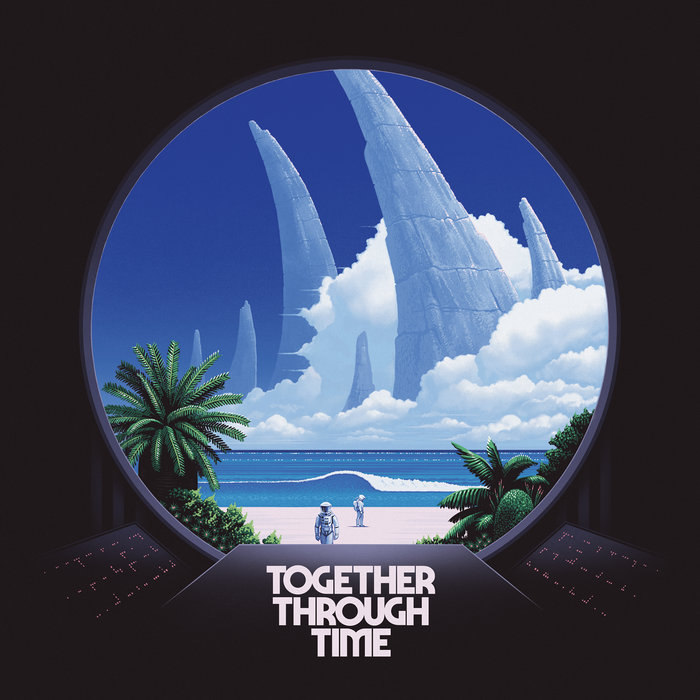 Our 4fathers, by TWRP

Take Care Of U (feat. Lydia Persaud), by TWRP

Personally, I prefer Ladyworld, but that’s strength of Atomic Karate more than anything else.

But then you’ve got Starlight Brigade, which proves your point.

This will require some thought

All of their full albums are really solid (including the new one, Over The Top), but Starlight Brigade is probably their #1 song yeah.

It’s come to my attention that Phantom Racer is also on Together Through Time.