Birb is still the Wirb

I lost it when he held the beak shut and it continued squawking at him. Amazing.

He flipped the bird at that bird.

Omg what I wouldn't give to have a bird friend like that! This man is squandering an amazing gift

Right, Paul? The bird just wants to hang out and be buds and this dude's throwing it away.

Actually on watching that again I think it's a fledgling that wants to be fed, so now I feel a little bad laughing at it.

So maybe this bird is just an asshole teen?

Either way it's kind of bad at being a bird if someone can just walk up to it and close its beak.

Violentvixen said:
So maybe this bird is just an asshole teen?
Click to expand...

It looks like a corvid, so “asshole” comes with the territory. (No disrespect meant. I love corvids. But they’re bastards, and they revel in it.)

Anyhow, I know it’s a mistake to project human emotions onto other animals, but I love the confusion the bird seems to feel when the guy holds its beak shut. This is clearly not a situation it ever expected to encounter. It’s like it’s thinking, “Well, what the hell do I do now? Keep yelling? I guess??”

In my work, I see this all the time. But they don't encourage flipping off preschoolers.

Emmanuel's just protesting that he hasn't been given his own show yet, which he clearly deserves.

Emus always have been, and always will be, assholes.

Kirin said:
Emus always have been, and always will be, assholes.
Click to expand...

I got chased into the house by one when I was a kid, it was terrifying, especially since it stayed there and attacked the door for a very, very long time. Or at least what felt like a long time to a 6-year-old.

This is a very weird coincidence, but “assaulted by an Emu when we were 6” fist-bumps are in order.

Ratites are just that way. About the only one that's safe for humans to be around is the tiny kiwi. The other ones are as tall as humans and have long, knife-like talons. If they feel threatened (and as wild animals, they often do), they aim straight for the stomach, and they've got the kick force to gut you like a fish. Not just the cassowary, but emus and ostriches, too. Johnny Cash was attacked and almost killed by an ostrich on his farm. He was on painkillers for years afterward. They're for expert handlers only... frankly I'm amazed anyone would think it would be smart to let kids anywhere near them.

ArugulaZ said:
The other ones are as tall as humans and have long, knife-like talons. If they feel threatened (and as wild animals, they often do), they aim straight for the stomach, and they've got the kick force to gut you like a fish.
Click to expand... 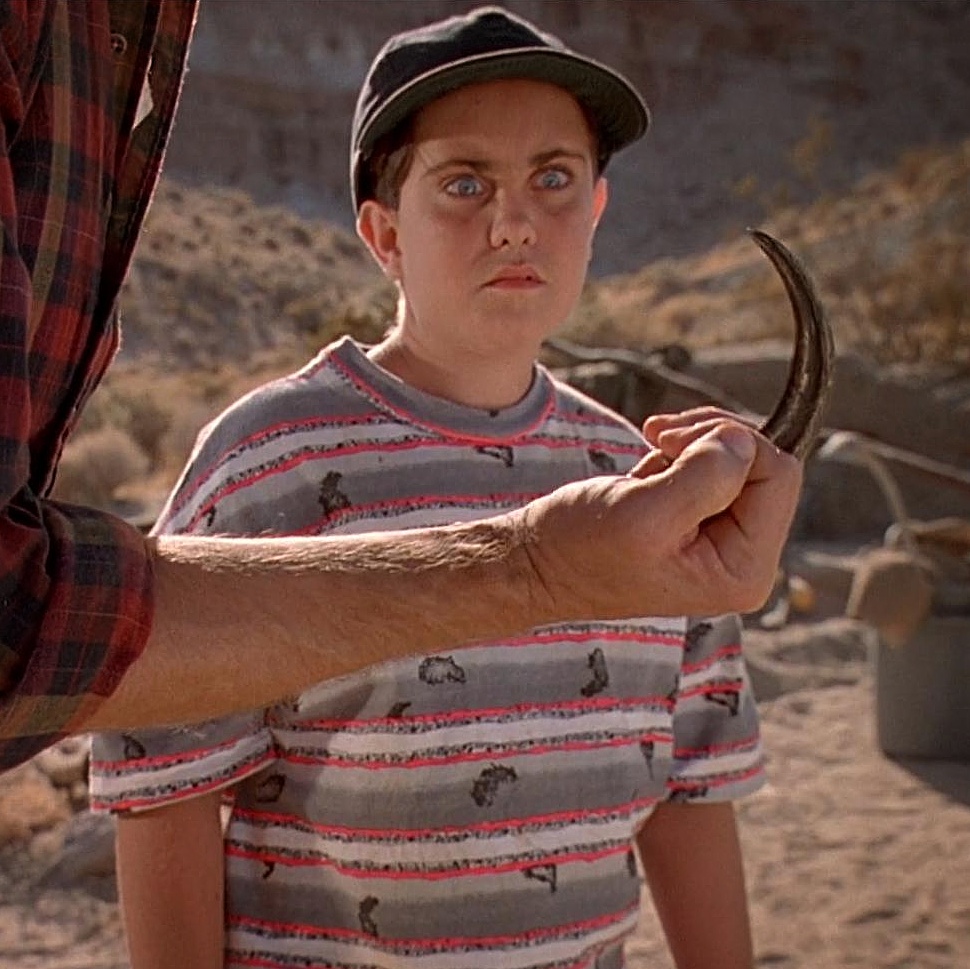 Exactly this. A large ratite is the closest thing to a dromaeosaurid currently alive on Earth.

ArugulaZ said:
They're for expert handlers only... frankly I'm amazed anyone would think it would be smart to let kids anywhere near them.
Click to expand...

It was the 80s, we didn't know birds were dinosaurs yet!

This was when I lived in Kenya and tons of people had imported animals, we might have even lived near/on a safari park but I honestly don't know. The emu definitely wasn't supposed to be in what was essentially our backyard which made it all the more terrifying.

Yeah my 80s emu encounter was on a trip to Australia, we were someplace where you could feed wallabies, but there were a few of the asshole birds around and one came up and destroyed the food bag right out of my hands. In hindsight yeah that seems pretty unsafe, but thankfully it wasn’t actually in attack mode, just “gimme yer lunch” mode.

Anyway that starling is effing fabulous.

If you're on TikTok, definitely give her a follow and see the continuing adventures of Karen

And LOOK AT THE BAAABY

Oh, I've seen that ball freakout one before, it's hilarious.

Still going to assume most emus are an early Karen rather than a Stanley or Ernie though.

I have never heard of Whiskey Jack as a bird name but damned if it isn't a good one.

It's a classic case of white people trying to listen to native people and only hearing what they want to hear.

"What's that over on the branch?"
"It is wisakedjak, the small bird holding our kindly but mischievous spirit companion. You may think of him as something akin to your own Saint Nicholas."
"Whisky Jack! Oh man, I like that! Yeah, whisky sure is a trickster like that. That spirit can really sneak up on ya!"
"That is not what I... you know what? Never mind. Whatever works for you." 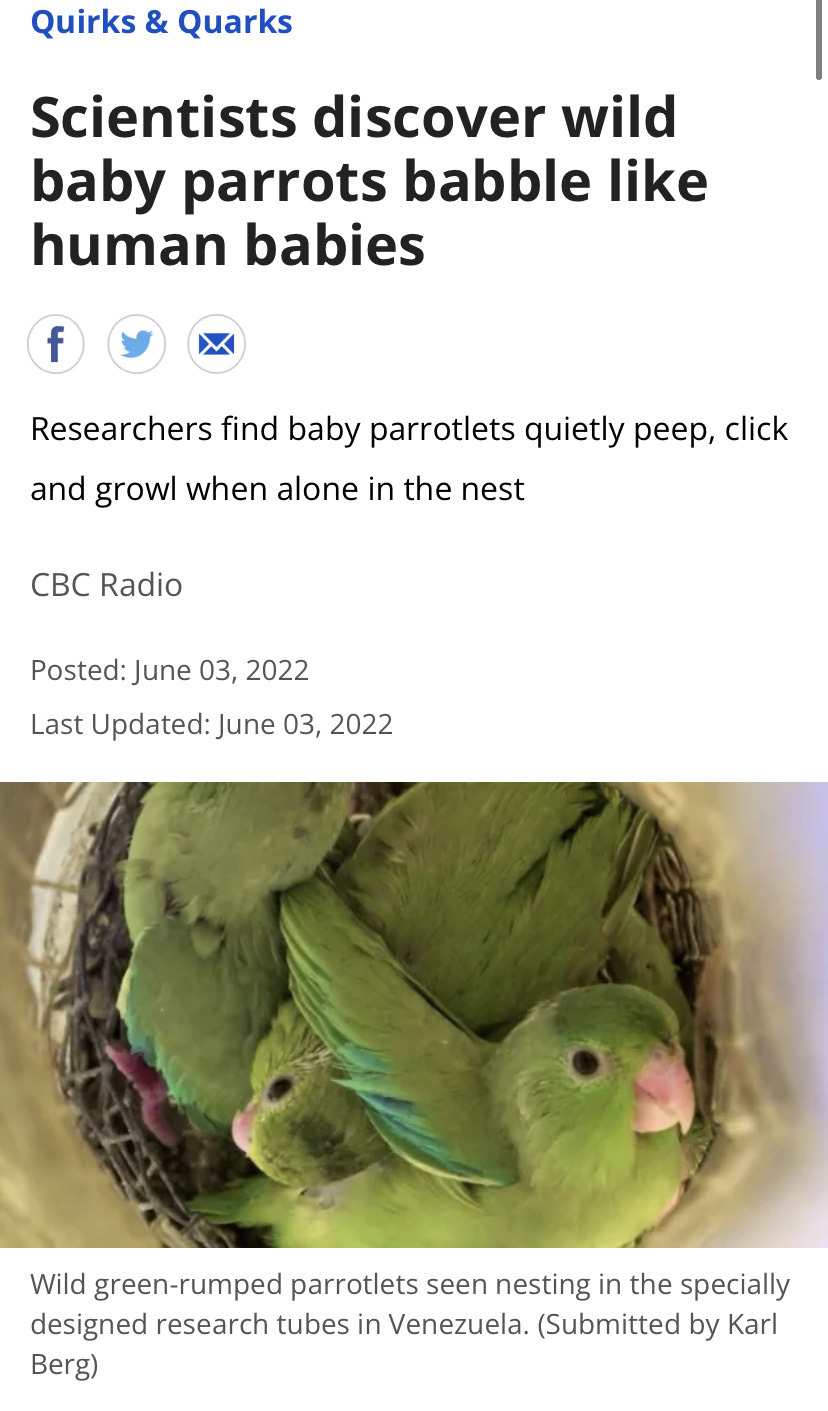 Something about the phrase "research tubes" is simultaneously delightful and horrifying.

It's the way they're crammed into that tube that bothers me. "Hey, you've got your wing in my eye!"

I suspect it’s designed to be similar to their nesting proclivities in the wild. They probably like hollow tree trunks or something.

Kirin said:
I suspect it’s designed to be similar to their nesting proclivities in the wild. They probably like hollow tree trunks or something.
Click to expand...