OK, I'm starting to figure out a new Trivia Game. No Discord this time. Instead, through the month of October I'll be posting three questions a day. Even considering a small actual prize. Who wants to sign up? You can go solo or form teams. HOWEVER, the catch is since its trivia that can easily be looked up, so you are basically on the honor system not to look up answers until they are locked in. Your team will be expected to PM the answers rather than post. I haven't thought much more than that (though I have the majority of the questions ready) so if anyone has any other ideas of what I can do, let me know (Also, other monthly trivia games will likely not be daily. This is just to make the first time more exciting). Does anyone have any ideas how long a set of questions should be up before time runs out on them? I'm thinking 24 hours but some people might want more time.

I'm interested! I think 24 hours to answer is great. Thanks for keeping this going, I keep wanting to participate but have been really overwhelmed recently.

I'm on board with whatever you decide. Johnny. It sucks the discord thing didn't work out, but I'll enjoy whatever you put out there.

Staff member
This format sounds much more convenient for me. I'm in.

Interested, though I feel like something >24hrs would be good in case someone doesn't really get online for a day. Maybe allow answers for each set to come in through a second following day as well? Though I realize if you're doing 3/day you don't want a backlog to pile up too far.

sounds good, and in a nonlive setting I can participate, I think the discord time was the middle of the night for me. I'm in!

Cool. I'll start on Thursday. My plan with to make this far less arduous for myself in subsequent months but I thought it would be a delight to have one set a day for a month. I think it will be more fun if people are in teams and PMing each other rather than individuals. We have 7 now (nine is some SOs also take part) so do we want to make a couple teams now and adjust if more people decide to come in during the process (though if anyone wants to fly solo, feel free.)

TBH I really don't think I'd have time to coordinate with other teammates by PM every day all month, but I can rope my SO into being on my team and try to get in daily answers.

Happy October everybody. The air is a little cooler, the leaves are changing color dropping into the breeze and everyone’s mind is on the season of ghouls and ghosts and monsters. Seriously, this is the earliest I’ve seen the decorations go up this year all around town. People want escape and it looks like Halloween is the way to do it. And to celebrate the season of horror, I’m doing an entire trivia month themed around the King of the Monsters. I know its not generally a “horror” franchise but I don’t really care. This month, we are going to have three questions a day about…

So, here’s the deal: I’ll type out three questions a day. By yourself or with your team, send me your answers. The questions are easy to look up so you are on the honor system not to google, bing or ask Jeeves any answers. At least until you have your answers sent in. Please only discuss the answers after they are revealed the next day.

The team or individual with the most points at the end of the month will be the winner and I might give you a small prize or something.

If you have any issues with the questions, let me know.

Staff member
Wait, do we have teams already? I would like to be on a team with several of you smarty-pants.

I think we're just forming teams (or not) of our own volition.

Mogri said:
Oh, okay -- now recruiting for, uh, Team Rocket. Anyone on Discord want to join up?
Click to expand...

Staff member
While our combined might is unstoppable, we could still take a third if there's anyone else interested.

Jira water is a beverage made with which common spice?

Jira water, also called Jeera water, is made with cumin.
What programming language was the bug-tracking computer product Jira written in in 2002?

Java
In what country is the festival La Jira celebrated in (at least in some areas)?

La Jira is celebrated in various communities in Spain, including Oviñana
Points so far

If you thought day one was tough, don't worry, day two is relatively easier.

Godzilla, King of the Monsters – Questions about Stephen King creatures.

1. Which of King’s monsters had he originally envisioned as a troll, like in “Three Billy Goats Gruff”? And no, I'm not talking about the actual Troll from Cat's Eye.
2. What kind of monsters are the focus of the book ‘Salem’s Lot?
3. In the film Maximum Overdrive (directed by King at his most coked up), the main… uh, evil truck, bares the face of which comic book villain?

Oh good I'm glad my husband and I weren't the only ones who struggled last round. Also there's an "n" in my name (you are definitely not the first to miss it, no worries).

I was torn between Java and Ruby for the second question and guessed wrong, bah!

Oh crap, I missed the start of this.

Oh well, the only one I might have gotten is the last one and it would have been a stab in the dark.

Anyone who is y themselves can still make a team if they want.

Staff member
In particular, Badger, you can join Team Rocket or buddy up with any of the other contestants.

Dang, I wild-guessed Portugal for the festival. Close!

Violentvixen said:
Oh good I'm glad my husband and I weren't the only ones who struggled last round. Also there's an "n" in my name (you are definitely not the first to miss it, no worries).

I was torn between Java and Ruby for the second question and guessed wrong, bah!
Click to expand...

If there's a j in the name then guessing Java is often a decent play.

Torzelbaum said:
If there's a j in the name then guessing Java is often a decent play.
Click to expand...

The J theme didn't occur to me. Wow I was tired yesterday.

I mean, there wasn't. The theme was Jira.

Anyway, almost forgot this. Since weekends are tricky, I'll post both today and tomorrow's questions today and you guys can have all weekend to do them.


Pennywise, the Dancing Clown (AKA the IT). I've seen this cited in multiple places but I'm not clear if he meant metaphorically or it was literally going to look like a bridge troll at some stage. Yaara, you said you "pass" but you also threw out the name "It", so I'll give it to you.
Vampires!

LOTS of teams. BTW, again, if anyone playing alone wants to join a team I can consolidate points (of course, adjusting for shared correct answers).

1. Which noted comedian and voice actor won three Clio awards for his Terminex radio commercials in 1971?
2. Which pest control company was founded by “Otto the Rat Man”?
3. Which fictional exterminator rides around in the “bug-abago”?

1. According to the credits of King Kong, who did King Kong play?
2. From what island does King Kong hail?
3. In the 1960s TV series The King Kong Show, what made-for-the-show Kong villain shares a name with a popular science fiction TV series?

I suppose only knowing about one Stephen King monster sort of paid off! XD

1. Which noted comedian and voice actor won three Clio awards for his Terminex radio commercials in 1971?

Stan Freeberg.
2. Which pest control company was founded by “Otto the Rat Man”?
Orkin, founded by Otto Orkin
3. Which fictional exterminator rides around in the “bug-abago”?
Dale Gribble from the TV series King of the Hill
Day Four

King Kong Vs. Godzilla – Questions about King Kong
1. According to the credits of King Kong, who did King Kong play?
The Eighth Wonder of the World
2. From what island does King Kong hail?
Skull Island
3. In the 1960s TV series The King Kong Show, what Kong villain shares a name with a popular science fiction TV series?
Dr. Who 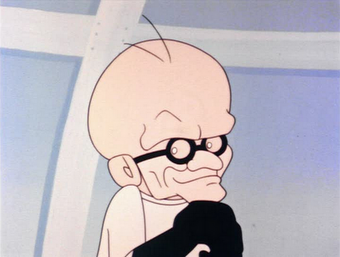 Surprisingly, the cartoon character inspired a film villain a year later, though he looks radically different. 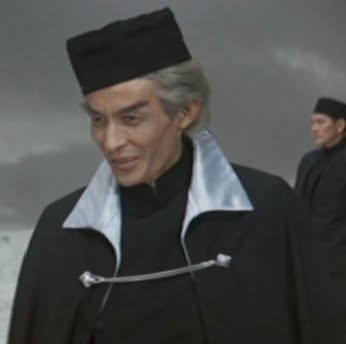 Here are the scores thus far!

1. The Luna Moth, the Rosy Maple Moth and the Atlas Moth all lack what extremely common body part among most animals?
2. What unusual defense does the Bertholdia trigona moth have against bats?
3. What is a person who watches moths as a pastime called?
Last edited: Oct 5, 2020

Dang, I was afraid this would happen - I barely got online all weekend and missed my chance to submit. Looking at the answers though, the only one of the six I would've gotten without extreme guessing luck is Skull Island, so I'd still be at the same rank with 4 points total.

1. The Luna Moth, the Rosy Maple Moth and the Atlas Moth all lack what extremely common body part among most animals?

Mouths. They, uh, tend not to last long. Seems like a design flaw, really.
2. What unusual defense does the Bertholdia trigona moth have against bats?

They can jam sonar by emitting a sudden ultra-sonic burst. Violent's team said "screech" and I don't know 100% is the sound is considered a "screech", I decided to accept it.
3. What is a person who watches moths as a pastime called?

A mother. As in "birder" but for moths. I had to check Mogri and Kirin's answers because they sounded very plausible but nothing came up on google for it. Can't accept Violent Vixen's answer because that is a profession, not a pastime.