The Jojo's Bizarre Threadventure - I get THAT reference

Are Zenyatta and Mondatta a reference I just don’t get?
Keeping them named “Oingo” and “Boingo” would have At least matched the episode titles that Netflix went with

Octopus Prime said:
Are Zenyatta and Mondatta a reference I just don’t get?
Keeping them named “Oingo” and “Boingo” would have At least matched the episode titles that Netflix went with
Click to expand...

It's a reference to the Police album of the same name. Why they changed it I have no idea.

It's weird to change it under the auspices of "not getting sued" by making yet another reference that is very specific. Meanwhile, next season has "Echoes" and "Surface" which are... words.

What I think is super weird about Part 4 (dunno if this true about the other Parts) is that the subtitles on Netflix DO NOT change the band names, but the dubs and Crunchyroll subtitles DO. Go figure.

Netflix tends to want to do their own subtitles for anime they license, even if perfectly good subs exist out there and probably cost nothing to use. It's weird.

Yet they rarely if ever match the English dub.

Which is a common thing in anime, and it never stops bewildering and frustrating me

They're basically brand new at subbing anime and learning on the fly. And they insist on doing it themselves and building the infrastructure/talent to do it from scratch instead of hiring vets or outsourcing to established voice over houses that typically do anime. But they also don't seem to really care about learning how to do it better? The subbing people also seem to work independently of the dubbing people too? Like right now, they've got one person doing the subs for Godzilla S.P. (and they're struggling with the material at that) but there's no way this script that's being written is going to be used word-for-word for the dub, since you generally have to finesse scripts to sound natural in English and this script doesn't remotely sound natural.

I actually don't mind when the dubs and the subs don't match; I'd rather the subtitles try to be more literal and let the dubs take the liberties. There would ideally be multiple subtitle tracks, one for literal subs, and one for closed captions. But Netflix also doesn't seem to give two shits about closed captioning because I rarely see CC options for the hard of hearing on all the Netflix shows I've seen. In short, Netflix is a scourge.

By greatly increasing my usual tv watching regiment, I am now completely done Stardust Crusaders, and nothing short of hell itself can stop me from watching Diamond is Unbreakable.

This show really could not let a dog go by without exploding it, huh?

Also, was Jotaro quizzing Joseph about Weird Al in the finale an invention of the dub, or did he always do that?

He ALWAYS did that. Eat It was pretty successful in Japan. 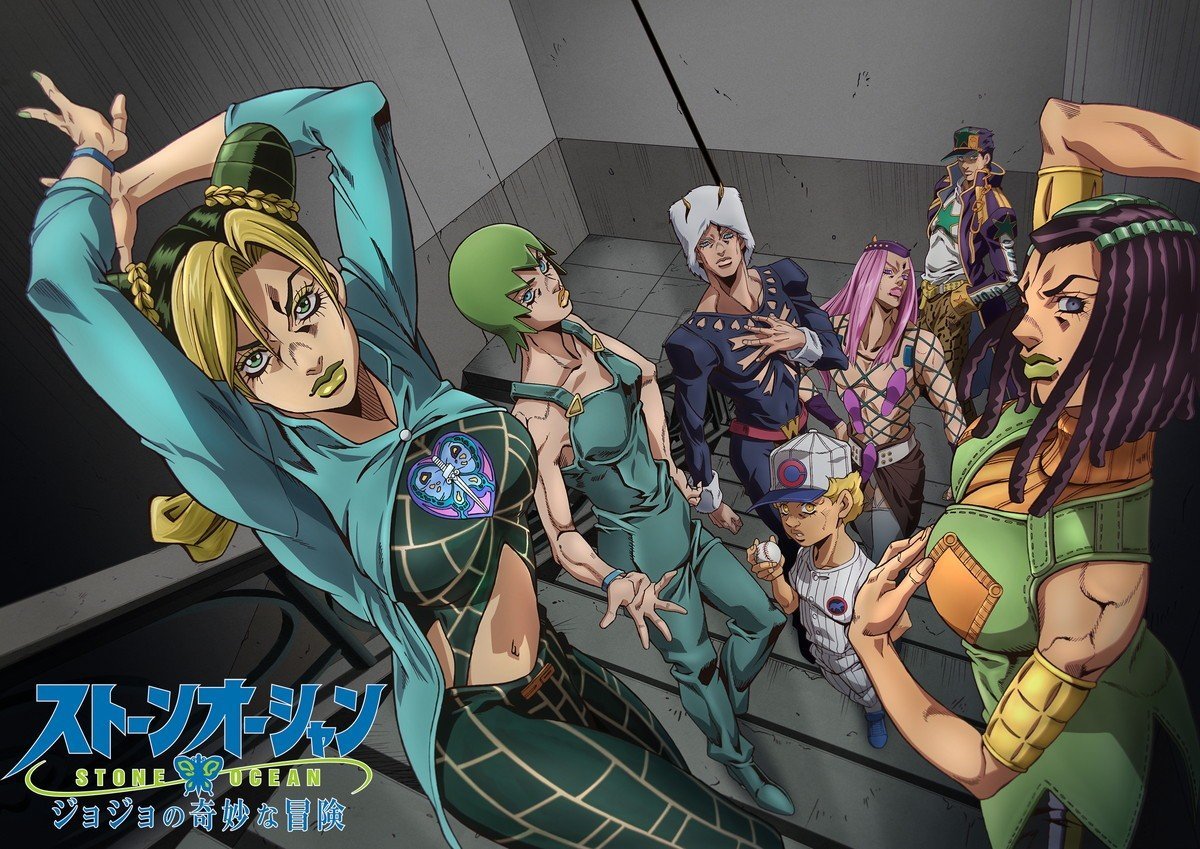 Johnny Unusual said:
It's weird to change it under the auspices of "not getting sued" by making yet another reference that is very specific. Meanwhile, next season has "Echoes" and "Surface" which are... words.
Click to expand...

Titles of works can't be copyrighted. Band names can be trademarked though.

I’m about midway though Diamond and, honestly, not really landing as hard for me as the previous series did. “Weird Town Inexplicably Full of Murderers” is a step back from the world tour hunted by Supernatural Assassins.

Also on Netflix, the Japanese text is only translated if you have subtitles on (and the subs are… not great) which means that all of Reverbs abilities don’t translate at all.

See, I love the smaller stakes, making this the closest thing the show gets to a hangout show. Plus the stands and the show as a whole gets much loopier. And I love sometimes they'll just start letting unredeemed monsters hang out with them and that sometimes the episode isn't so much about fighting a stand user but using an alien to cheat at dice.

And I like Josuke's boy next door rascally behavior next to too cool for school Jotaro.

Also Okayasu is better than Polnaref because at least he has enough insight to know he's a big dummy.

I think Part 3 is my overall favorite so far but Part 4 is a lot of fun. It's intentionally a small-town adventure (what lurks in even the most normal-seeming setting?). And things get real weird.

Crossposting from the Anime Thread.

Fuck man, I've been going through Battle Tendency real real slow which is arguably a problem considering the mountain of episodes before me. But man, I powered through a few after hitting the, one where Jojo fights the guy while standing on spikes and suddenly there's a lot of dismembering and then a lesson in emotional catharsis and then B O D Y H O R R O R and fuck every time I think I know what to expect this show throws me right back in the dirt. I love it, I'm just really slow at watching it for some reason.

You haven’t even really hit the weird arcs yet

To be fair, Part 2 is definitely weird. It's just HOW it's weird that changes.

Ahh, they days when I thought Battle Tendency was going to be the weirdest it got.

You were such a sweet summer cyber cephalopod back then.

JBear is watching and liking the show and this makes me happy. I suspect his SPOILER aversion means he won't duck in here but when Joseph pulled out a Tommy gun he was thrilled. Also Speedwagon is the best season one character and I love the Netflix sub going all in on his Britishisms.

I love that the German sounds like he's doing a parody of the French accent. The very end sounds like when Simpsons does throaty "French laugh".

On the one hand, this is great news!
On the other hand, it took Araki TEN years to finish JoJolion. Araki is 61 yo now. The standard joke is Araki is immortal, but if the current pattern keeps up, we're gonna start reaching into "will they be able to finish it before they die?" territory with Part 9.

If he's 61 and feels like he's in good enough shape to do another series, he's probably in pretty good health. Sixty-one is getting up there but not all that old.


Alixsar said:
To be fair, Part 2 is definitely weird. It's just HOW it's weird that changes.

My go-to on JJBA evangelism is to describe the scene in Battle Tendency where a severed head loads itself onto a crossbow and fires itself at a horde of vampires and note that it gets weirder from there.

Sarcasmorator said:
If he's 61 and feels like he's in good enough shape to do another series, he's probably in pretty good health. Sixty-one is getting up there but not all that old.
Click to expand...

At this pace, he'll be in his mid 70s or older by the time he finishes the next one. A normal person you could reasonably expect to live that long but if I had to guess mangaka on average have significantly lower life expectancies. It also took the guy almost as long to make Part 8 as it took for him to write/illustrate Part 1-5. If I had to guess he'll finish it, but who can predict what's gonna happen in the next decade? Especially with how unstable the whole world is. I just think it's an idea worth pausing over.

You don’t think the slower pace suggests he’s avoiding pushing himself too hard the way many others do?