Hi! I draw stuff sometimes. Not as often as I'd like, outside of October, when I usually do Inktober or some other daily drawing challenge.

Anyway, I've been trying to get into digital art again. I've mostly used Photoshop to draw since, like, the early 2000s, but I recently bought Clip Studio Paint and it's @%$#ing revolutionary. PS is still obviously fine, but CSP is just so much easier to actually draw with. I guess that's not surprising given it's explicitly designed for drawing.

Well, CSP was that motivation, I guess? A few weeks and hundreds of layers later, here it is: 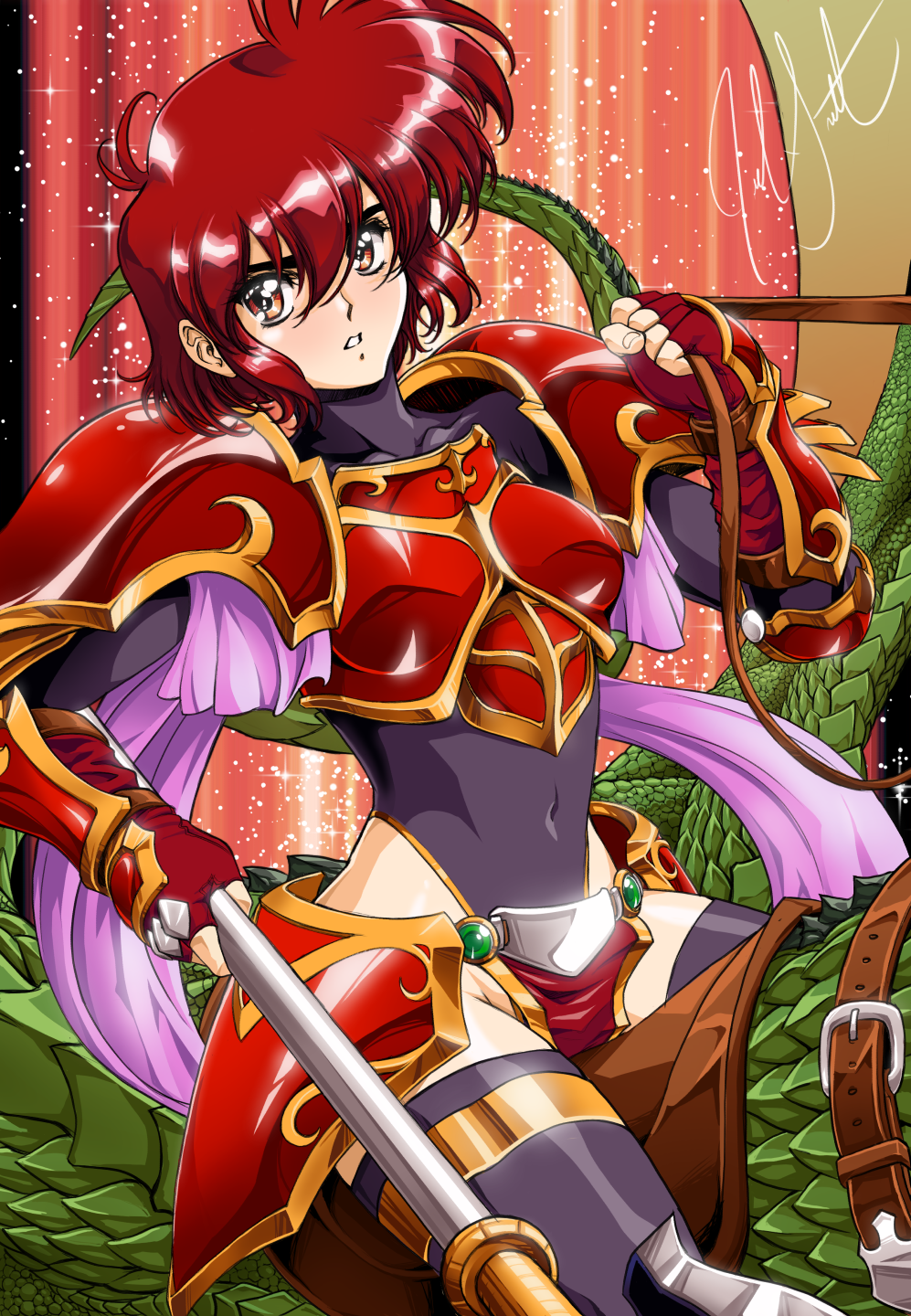 It was a learning experience, and there are things I'll do differently in the future (the brush I used for the lineart was... bad), but I'm pretty happy with how it turned out.

Here's the original, for comparison: 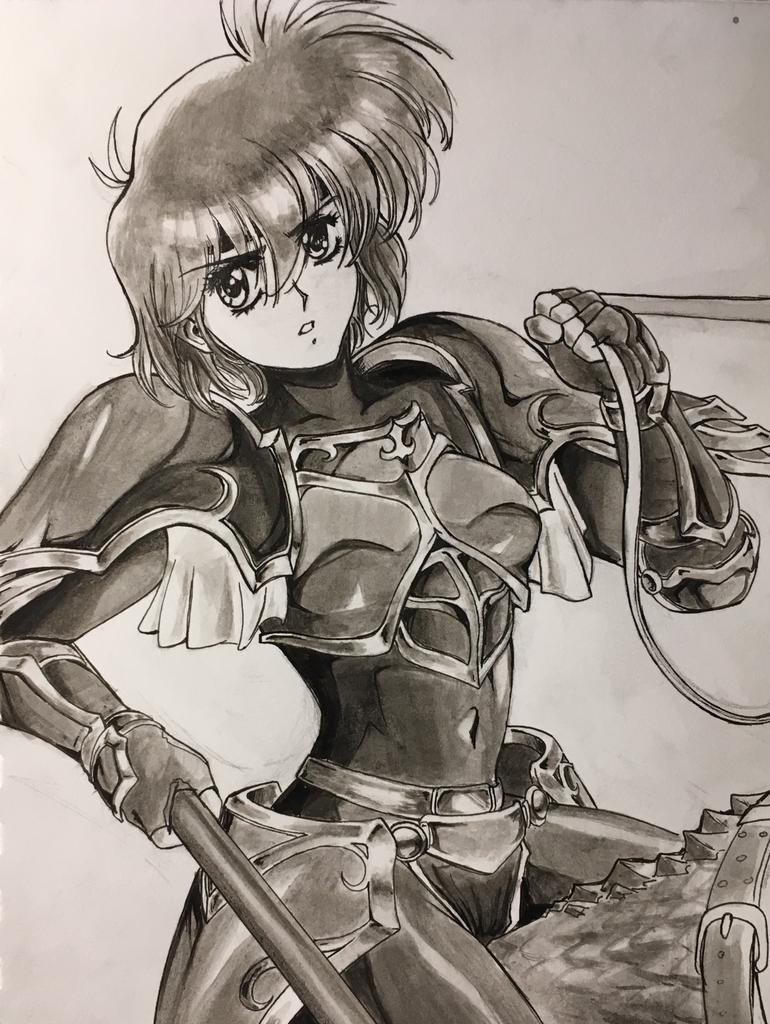 That sure is some Satoshi Urushihara style! Nicely done.

I mean this as complimentary as possible.

Ixo said:
I mean this as complimentary as possible.

I can't put it much better.

Flippin’ dang, you nailed it.

Thank you all, comments like that mean a lot to me

I posted this to a few social media places. As someone who doesn't share their art very often, the experience was, well, kind of nice. The reactions from the Fire Emblem fans on a couple FE subreddits was pretty encouraging. I've never had my art "trending" on something before! I was the top post yesterday with around 3k points, so that was cool. I also sextupled my twitter follower account (...it was like 15 before, but still). I'm getting messages asking if I do commissions now and requests to do more of these, which helps a bit with my self-confidence issues.

I'm not sure if I want to keep trying to build an audience or not, or if I should keep going with a 90s anime style, or maybe try a few commissions. But things are... exciting.

Man, Regulus, your inktober stuff has always been amazing, and with the sheer breadth of different styles you can pull off I'm pretty sure you could do some great business with commissions! I do realize, however, that doing that sort of thing requires a lot of effort and energy, not just in doing the actual art, but also in keeping things organized and moving in terms of finding, taking, and delivering the work.

It definitely takes a lot of effort and energy, haha. Especially for me, someone who is a pretty slow artist.

On that subject, though, I did another one of these. 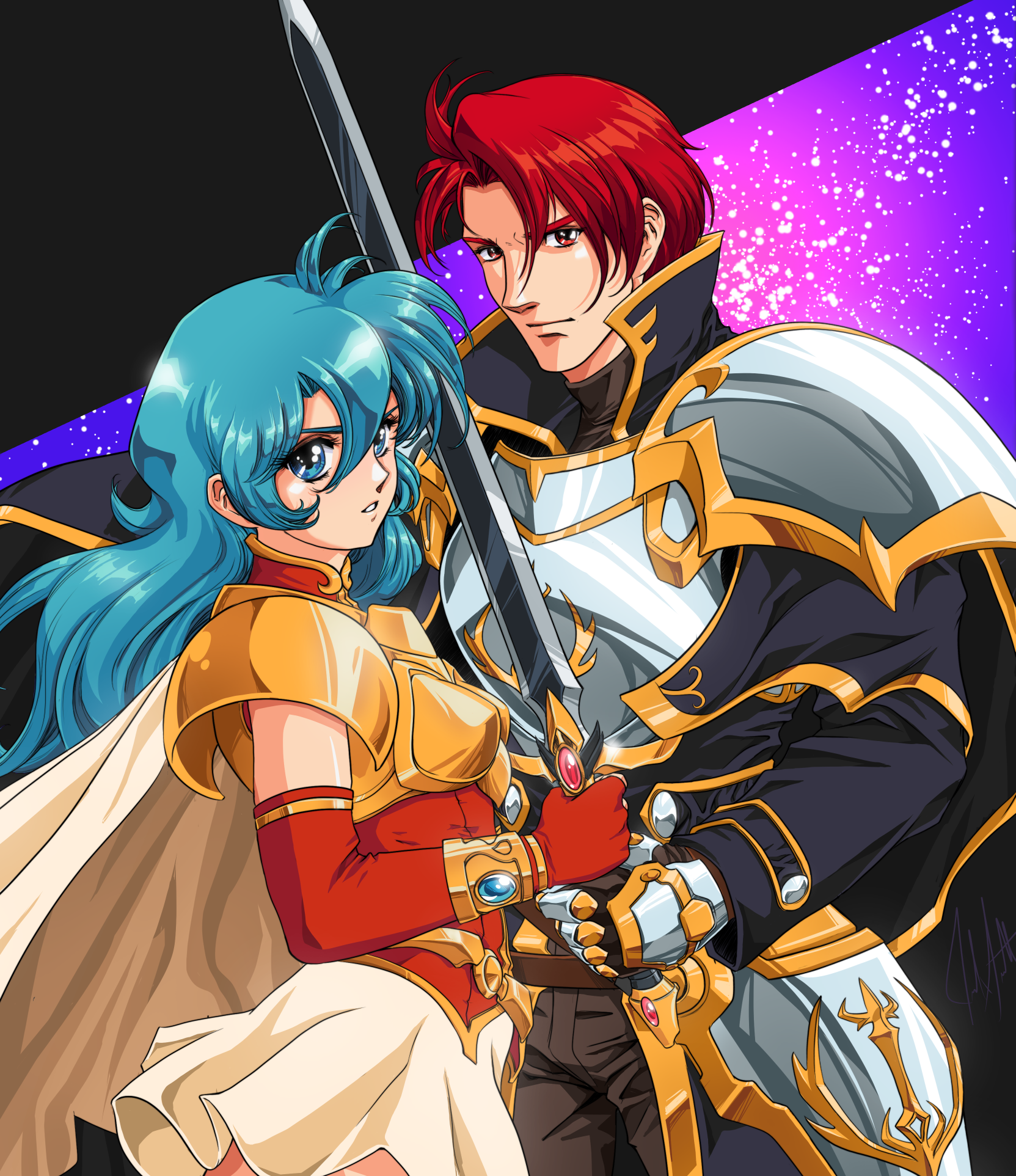 Seth and Eirika from Fire Emblem: The Sacred Stones, which was my first FE. Aping the Langrisser artstyle once again. I started it the Friday before last, so it took my roughly a week and a half and I worked several hours a night on it. 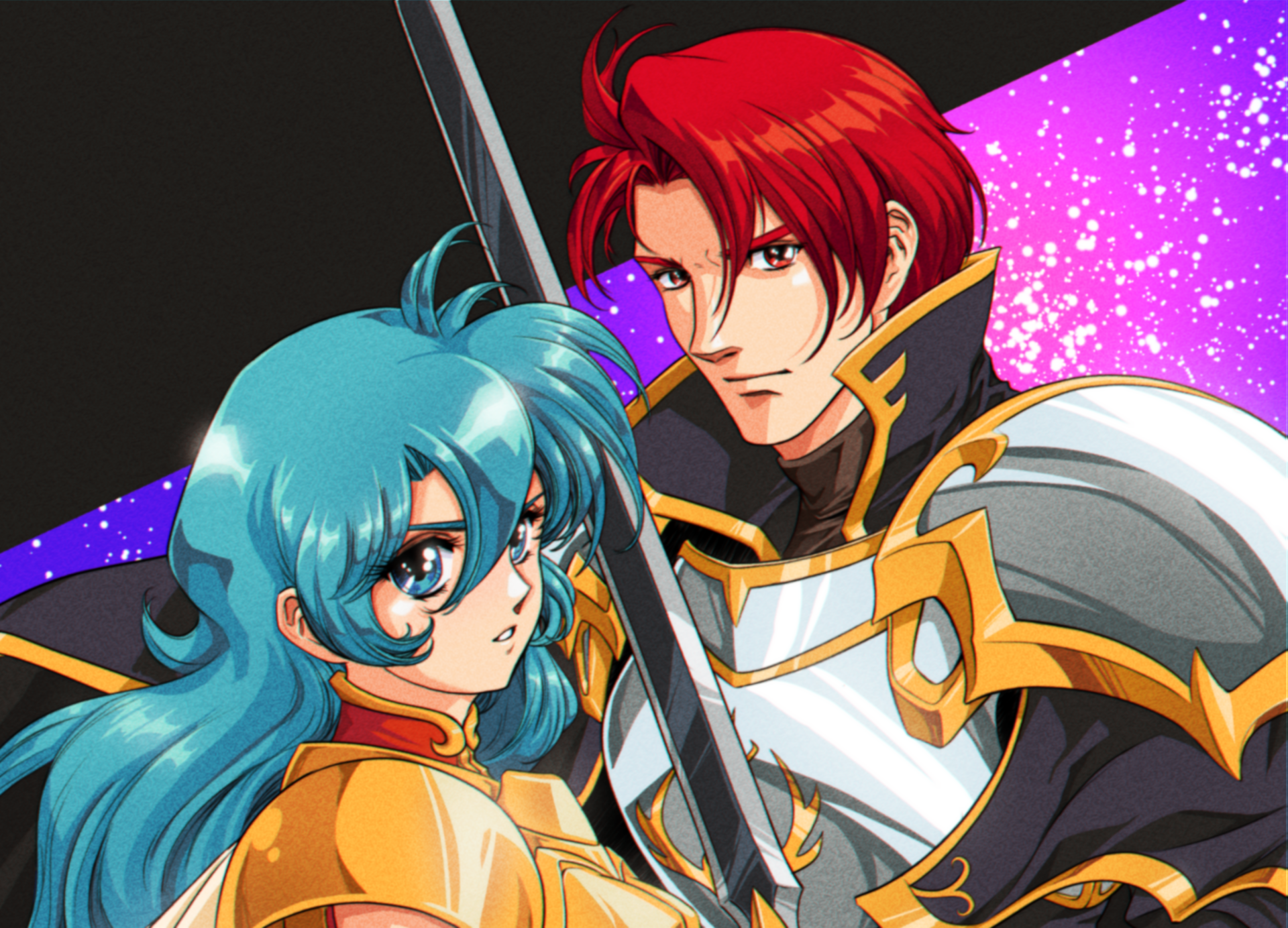 This week I decided to digitally redraw this picture of Bowsette that I did for Inktober 2018. The original was supposed to resemble those 40's pinups that you used to see painted on the fuselage of warplanes, so I wanted to give it a more "painted" look than the cel-style that I've been working with lately.

My first attempt was a mess, lol. Don't try to paint with just the airbrush. Yuck. So I scrapped that and started playing around with different brushes. I eventually settled on a slightly modified "dense watercolor" brush as my primary with a little mapping pen for blocking in colors and a very slight amount of airbrush for accents and some ambient occlusion. It's not perfect, but I'm happy with how it turned out: 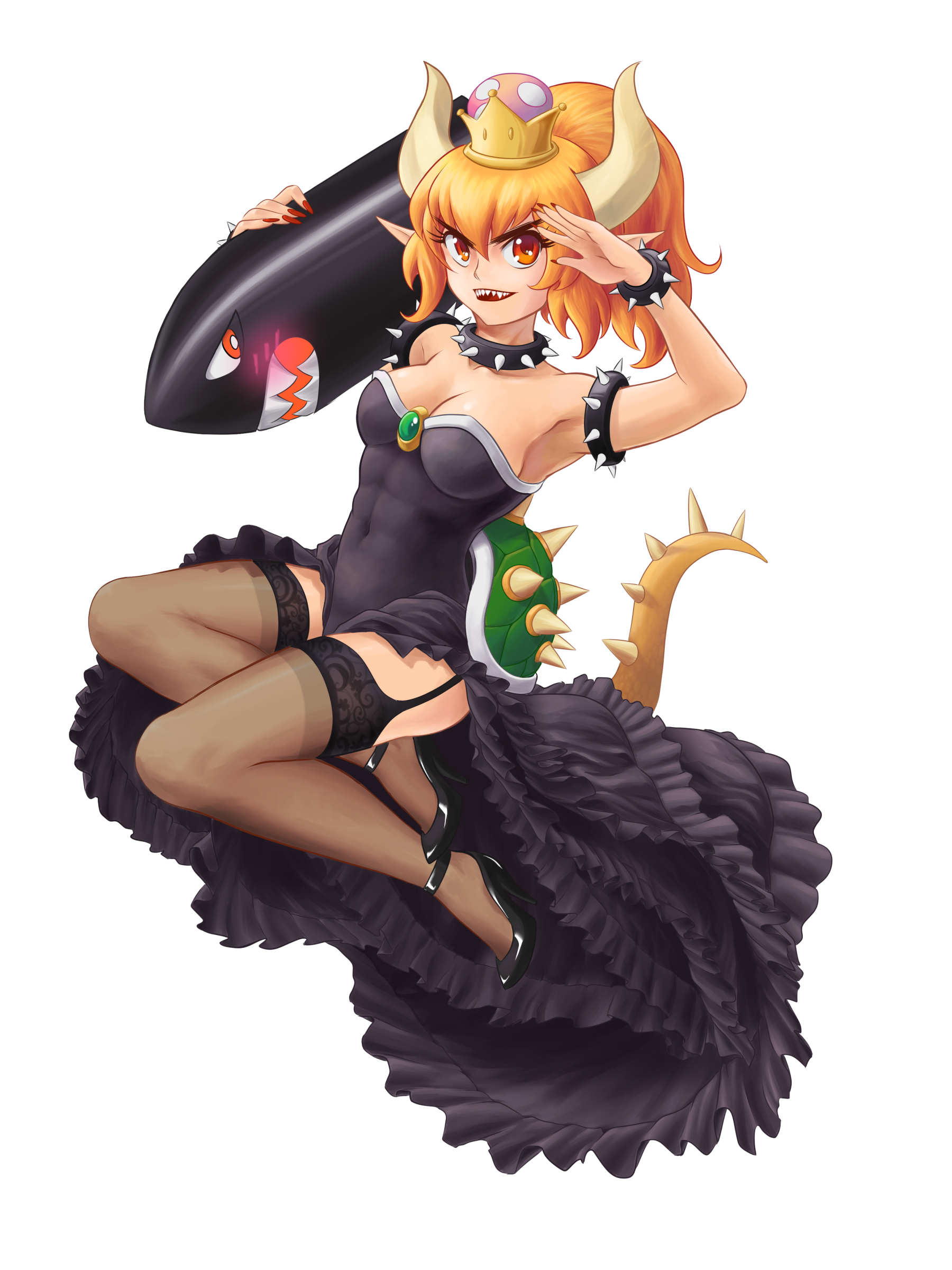 I tried on many occasions in the past to learn to digitally paint, but nothing ever stuck for me. I think it's mostly those Inktober challenges I've been doing since 2018 years that helped me develop the skillset to finally figure this out, though. It's kind of wild when you consider that 3 months of drawing challenges has probably done more for me than my 3 consecutive years of art school did.

That first image is incredible. Shading, color saturation choices, and the eyes. You nailed the style of the eyes since you're after that Langrisser style. Though your take is more contemporary and isn't a direct copy by any means. Could easily stand with the best of Pixiv's fan art.
Last edited: Monday at 1:27 PM

These are all awesome.

Thanks for the feedback, everyone. I really appreciate it

In other news, I added a background to the Bowsette piece: