You know when you hear a random song on a streaming service or elsewhere that makes you go "What the hell, I've never heard that before! I need more!", only to find that for whatever reason the band's only got one or two songs up here or there and actually obtaining the albums yourself (legally) is an odyssey in of itself with double points if its foreign?

I'm pretty sure anyone who's ever gotten into music remotely seriously has had similar experiences, especially anyone who's fallen into Japanese rabbit holes (because trying to buy JP music digitally is an exercise in frustration until very recently for a very limited catalogue).

Anyway, this thread was prompted by my discovery of the band Sensation, a funk/rock fusion outfit out of Japan that someone had uploaded a couple of their songs to Soundcloud to. They're great! I also spent a hundred bucks on buying their discography and having it shipped to me, and now I need to figure out where I put my portable blu ray drive so I can rip the things when they arrive.

Almost any damn "psych-folk" (roll eyes) album from the 70s (i.e. decades before I was born), but especially Folkdove's self-titled and only (1972) -- and all I think I know about the musicians is that they came together in Brest, Brittany. Here, have a Late Medieval French reverdie ("spring song"; the lyrics are modernized, if still with "archaically-flaired" constructions and pronunciations near as I can tell, e.g. "entre les bras s'amie"; if you search for "Volez-vos que je vos chante...?", you should find the original). And here's As Sylvie Was Walking by the same.

Always particularly curious for German folk of these colours, of course -- it's more difficult, in that case (for me at least), to echo-locate the damn rabbit holes in the first place, though. Example (this time, the lyrics are bitterly against turbo-urbanization and pollution... that is, more overtly). I don't think any other song of theirs can be found on the Internet, and this one's title is misspelled. In Germany, it might be possible to find the LP somewhere, but I reckon it would be difficult from half a continent away.

Outside of a couple of their later albums, Gorky’s Zygotic Mynci is pretty damn hard to find in North America. I got lucky and stumbled upon a review copy of Barafundle at a used CD shop 10 years ago, and then got unlucky and lost the jewel case for it in an apartment fire.

Staff member
Moderator
TEXACO LEATHERMAN (テキサコ・レザーマン) comes to mind—obscure Japanese noise rock band, formed in 1988, spots on various compilation albums, never released their own album until 2003, still out there doing it as of 2015 per a YouTube account run by their "official" photographer (headphone warning for pretty much all their videos). 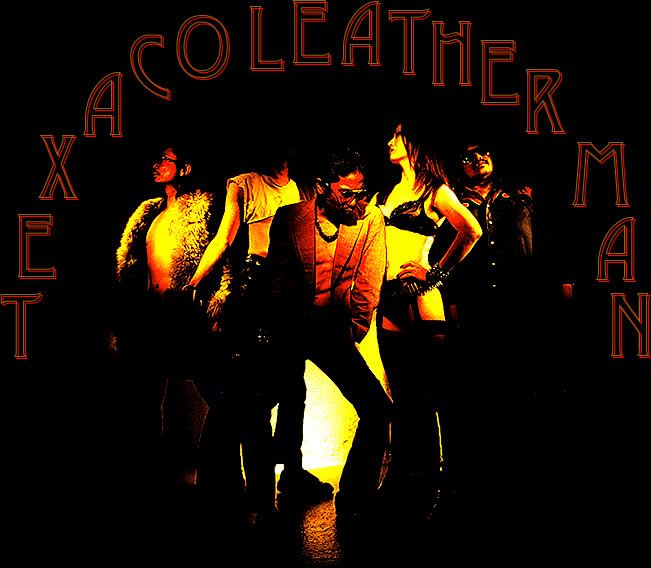 As recounted in an ancient thread at the previous Talking Time, I only learned about them in the course of uncovering the meaning behind some background graffiti found early in Double Dragon 3 (1990):

One of the developers must have been a fan.

Hair Stylistics is an extremely prolific noise act (it's all from Masaya Nakahara), but from what I understand the vast majority of his ~400 albums are never released outside of some bar in tokyo. You're able to catch a few second hand or some that have somehow snuck into independent online retailers, but most of them are pretty well hidden for most of the world.