The Ys song is good, but in this instance I prefer Chris Huelsbeck's unintentional arrangement.

Sortie and Heart of Fire

Sarge's stratagem to Sortie the Fire Tower worked, at least for now.

As for the other match, it appears that Ys and Castlevania are tied. I would be best for someone to break the tie soon so that we don't burn ourselves out.

(READ: Next vote decides that match!) A Searing Struggle wins after a searing struggle.

Prepare yourselves. Two more matches to light lay before us.


MATCH 13​
Albatoss brings us yet another Ys song. This time it's the delightfully named Moat of Burnedbless from Ys I&II Chronicles:


Kishi brings us the Flames of Suzaku from Final Fantasy Type-0. By my count, that's the second song on this bracket about a character named Suzaku from an FF game.

MATCH 14​
karzac has lit a Pyre, and asks that you throw your votes In the Flame to be counted:

Listen to it on Bandcamp!

Vaeran's sweating off some Burning Heat after playing the action-packed Gradius II:

May the hottest song win your votes.

Moat of Burnedbless and In the Flame

I think I nominated Burning Heat in a recent 'dome, but I don't remember which one. It's like THE stage 1 theme for me.

And the results of yesterday's matches are... TWO TIES!?

Normally, if we had one tie and I hadn't voted yet, I would break the tie myself. In this case, however, I feel that it would be better if I extended the voting period instead of invoking executive fiat twice in a single day.

Thus, I am announcing a TIME EXTENSION TIEBREAKER. You have 24-hours to get your votes in, stragglers! (If we still have a tie by tomorrow, I'm just gonna do a coin flip.)

It's time for yesterday's and today's matches!!!

Here is a fascinating match: one between two sun-blasted climes.

Ixo hopes to beat the heat of the Sunbaked Savanna with the help of a little spark of Katamari Damacy:

On the other hand, Violentvixen and the ultimate Smash Bros are embracing the warmth of Gerudo Valley with some traditional flare:

To cap off this round, we have a simple match of the fundamentals: a battle between the very fires of the earth itself, between two of the most venerated lords of all of video games.

SpoonyBard summons forth the power of the Lava Rock Lair from the sizzling Super Mario 3D World:

And here we have Regulus, who is vacationing near the lovely Lava Reef Zone (Act 1) from spicy Sonic Mania: 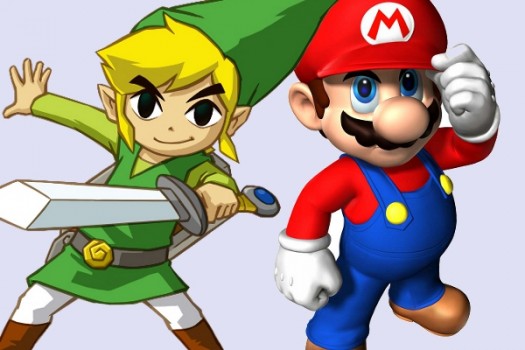