Y'know what's a great song? "The Best Ever Death Metal Band Out of Denton," by the Mountain Goats. But nowadays usually when I want to listen to it, I don't turn to the lo-fi, solo version of it from All Hail West Texas. I turn to one of these two live performances uploaded to Paste's youtube channel.

The first one is what I'd recommend to anybody who hadn't heard the song before. "I'm gonna give you what I got" threatens John Darnielle before launching into it. "He means it!" jokes Peter Hughes, but it's not a joke, because the three-piece band puts everything they have into the performance, giving it an energy it doesn't really have in the original recording. Darnielle sticks close to the original recording's lyrics and delivery in this one, treating it as a tragicomedy just like the album version does, but it really benefits from the fuller sound that it gets now that he's got a real backing band.

Still, there's another one that's my favorite. This one's just Darnielle, closing out a one-man acoustic set. The vibe of this version is different. Though the video title only mentions the main song, the recording includes the lead-in of "Maybe Sprout Wings" to set the mood, and instead of jokey banter, he gets real, prefacing the song with a short talk about his intention with the song and a dedication to the real-life friends of his it was written in honor of. There are a couple of lyrical changes here: both songs mention "the top three contenders," but instead of "after weeks of debate," he acknowledges the popularity and influence of the song with "some of which have now been used." More pointedly, "the school" toward the end becomes "the school in Utah" to acknowledge that this rendition isn't a tragicomedy, it's just a tragedy. He goes so hard on the climactic line of "a plan to get even" that he can't even take a breath before the next line. There's so much power and passion in this version of the song that the other versions don't do it for me anymore.

Does anyone else have songs like this, where the original has been supplanted for you by a particularly good or special live rendition? 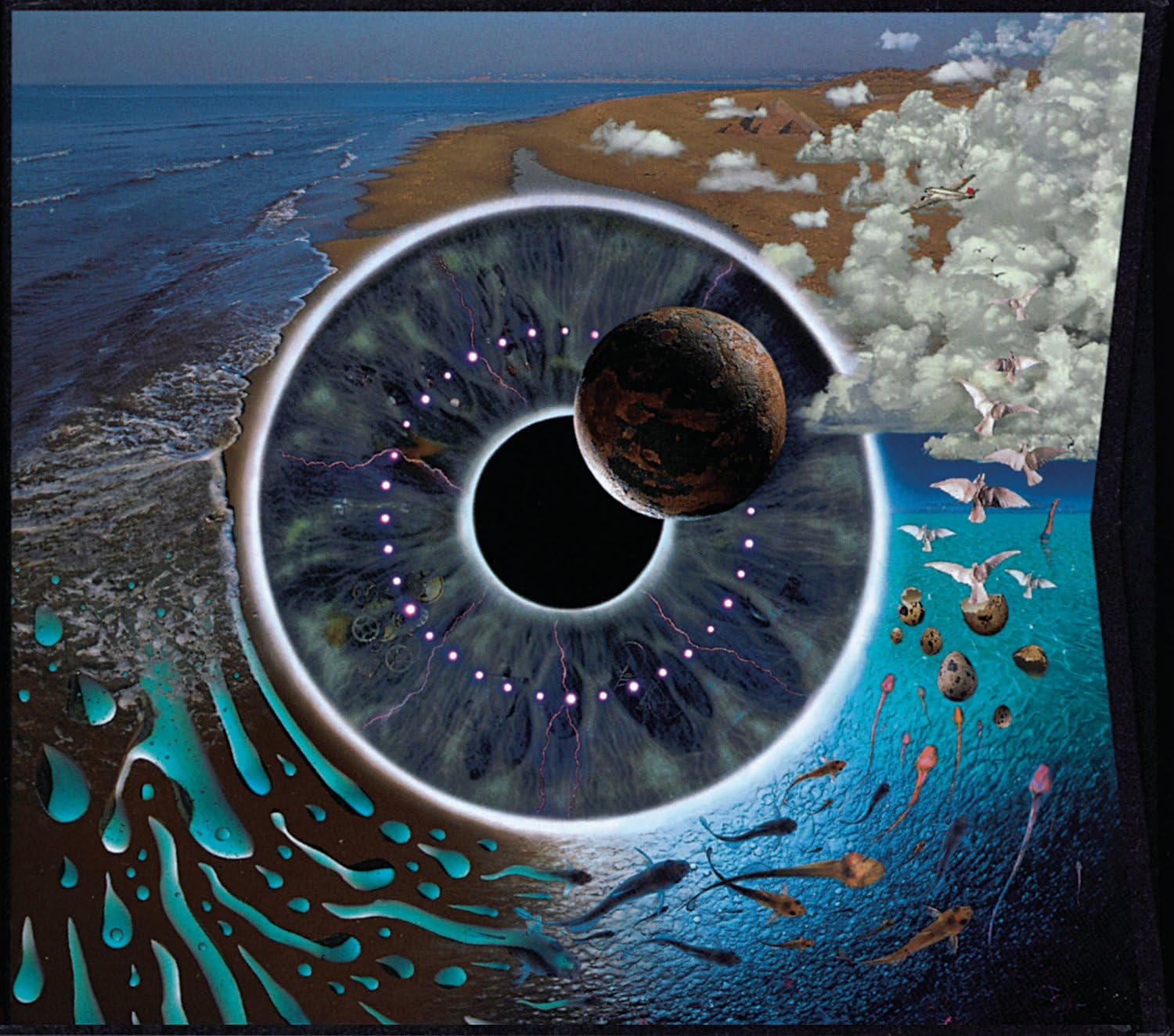 "I Heard They Suck Live" by NOFX , "Hallraker" by The Descendents, and "Unplugged in New York" by Nirvana come to mind.

Staff member
Moderator
The crowd adds a lot to the 1992 Donington recording of Iron Maiden's "Fear of the Dark."

And this potato-quality recording of Springsteen's "Thunder Road" has been definitive to me since Zodar linked it yonks ago. There's just a sweet sincerity to it that doesn't translate to the studio version.

Wisdom is ready to kick some ass

I love Our Lady Peace, Spiritual Machines is my favorite album of theirs (and my #2 of all time), and In Repair was a mighty good studio take, but this live version just amps it up into godly status for me.

I love Our Lady Peace, Spiritual Machines is my favorite album of theirs (and my #2 of all time), and In Repair was a mighty good studio take, but this live version just amps it up into godly status for me.
Click to expand...

Damn, I loved this album (and band) when I was in high school, and basically didn't listen to them again after that. But I still remembered all the words to this one. Thanks for sharing it! I'm gonna have to revisit these albums.

The Cure - Disintegration Live at the Sydney Opera House, 2019. It doesn't get better than this.

Wisdom is ready to kick some ass

lincolnic said:
Damn, I loved this album (and band) when I was in high school, and basically didn't listen to them again after that. But I still remembered all the words to this one. Thanks for sharing it! I'm gonna have to revisit these albums.
Click to expand...

Haha happy to remind you! The band is working on a Spiritual Machines II apparently so I am very intrigued. They've evolved a lot since then and I wonder if they can manage to properly return to that time and sound. Guess I'll find out soon enough!

Holy crap, Nich is back! That's cool, because the first thing I thought of when I saw the title of this thread was the live version of Born Under Punches that you put on a mix CD like 12 years ago. I heard it before the studio version and the latter totally pales in comparison IMO.

WildcatJF said:
Haha happy to remind you! The band is working on a Spiritual Machines II apparently so I am very intrigued. They've evolved a lot since then and I wonder if they can manage to properly return to that time and sound. Guess I'll find out soon enough!
Click to expand...

Huh, interesting. I really, really didn't like the album they did after Spiritual Machines, so I stopped paying attention. But I'd be willing to give a follow-up another shot!

Staying on topic, the version of "The Monkey Song" that I saw the Mountain Goats do in Boston in 2006 (I think) will forever be my definitive version. At the time that song was new to me, and I'll never forget the way the crowd was roaring along to lines like "the Andalusian coral snake".

I can think of a bunch of live performances I really like, but when it comes to completely superseding the studio version, my mind goes to "This Must Be the Place (Naive Melody)" by Talking Heads.

The studio version is a sweet little song, but it's a little basic by the band's standards (hence "Naive Melody"). It's not bad by any stretch of the imagination, and is in fact quite a good closing track, but it never quite hit me the way it has with others. Not until the live version from Stop Making Sense. It's not dramatically reworked, or even given any special attention; it's just that the full-band treatment makes the song so much fuller— the backing vocals, especially. What once felt like a somewhat lonely performance from Byrne now feels warm and affirming. Through this version, it's become one of my favourite songs by the band.

On a larger scale, whenever I get an itch for the Melvins' sludge days, I opt not for Houdini but Houdini Live 2005. The lesser tracks on the original are granted new renditions that turn them into highlights: the forgettable, de-facto closer "Pearl Bomb" is now a raucous opener, "Copache" is now faster and more brutal, "Hag Me" is transformed into a monolithic grind, and even "Spread Eagle Beagle" sounds kind of interesting now instead of a joke at the listener's expense. The rest of the tracks are more or less the same, but it's not that every track is better, it's that the album as a whole is; even the tracklist is slightly re-ordered for better flow and impact. If only all live album run throughs could be this good.

Ah, yes, Talking Heads! I love to hear them live, too. For the majority of the time, if i'm hearing something from Talking Heads, it is from Stop Making Sense or The Name Of This Band is Talking Heads.

played slightly higher paced than the album version, and the song is about the energy anyway.
the way the piano chords reverberate sound so much more sinister (and really it's the same for every song on public castration is a good idea)

also, 21.5 minutes over berlin/23 minutes over brussels is iconic, mostly for the crowd, but it also features a much better version of harlem than suicide's second album. it basically predates freetekno.

I feel like a lot of the Who's stuff comes across better live. Case in point:

These are all very tame answers, but every song on "Yesssongs" by Yes or "Stop Making Sense" by Talking Heads blow their studio versions out of the water.

On the flipside:
I also think I am in the minority here, but a lot of people that are both not me and have better taste than myself like the more immediate, rock-oriented sound of Ladytron live vs. in the studio:
(Studio)

Ooh, opening with The Mountain Goats. There's a lot of excellent live songs, John Darnielle does amazing patter at his concerts. I'm gonna put forward Going to Georgia For Sixty US Dollars, wherein he performs one of his classic songs, while explaining why he now loathes it, and the toxic masculine mentality that went into it. Managing to be as petty as possible about being asked to perform a song he doesn't like in a hilarious way.

Daft Punk has only ever toured like twice, but their whole deal when performing live is that they do remixes and elaborate mashups of their own music. Alive 2007 is so good that it practically recontextualizes their entire previous decade of work as being just individual component pieces that were always meant to fit together.