The NBA bubble is working spectacularly. Literally every day has multiple amazing games. It's crazy that NBA ratings aren't doing better when a lot of us have got nothing better to do than stay at home all day. I feel like every day there's an intense buzzer beater.

It's pretty cool watching Lillard become the player everyone knew he could be.

One with a busted knee?

I'm not trying to jump to any conclusions here, but I think Luka Doncic might be good at basketball.

Rascally Badger said:
I'm not trying to jump to any conclusions here, but I think Luka Doncic might be good at basketball.
Click to expand...

My team's GM (Kings) just lost their job over that fact. I guess this is gonna be what it's like to be a Blazers fan in the 80s and 90s. Except worse because our team just flat out sucks.

Adrenaline said:
One with a busted knee?
Click to expand...

Yeah, I missed that too. I tuned out the Blazers/Lakers game last night because it was turning into a pretty one-sided affair. Apparently he had two MRIs, and he has a sprained knee. Rotoworld (the people I trust the most when it comes to these kinds of things) estimates he's done for the rest of the playoffs, even if the Blazers performed a miracle comeback against the Lakers without him. That sucks. Chances are though he'll be ready and good to go for whenever next season starts. (Which is an interesting question in and of itself; scuttle I'm hearing is no earlier than the beginning of 2021 right now.)

Milwaukee Bucks never showed up to the court to play today's game against the Orlando Magic, because they're boycotting the game. Wild stuff.

Edit: Enough other teams were planning to do the same that the NBA called off all games today while they regroup and everyone involved figures out what they're gonna do next. Milwaukee Brewers also sat out their game today too.
Last edited: Aug 27, 2020

WNBA and MLB are doing same. This is amazing and gives me some hope.

Yeah, the news coming out of it is wild. Apparently, the entire Lakers and Clippers team voted to end the season, despite most of the rest of the teams wanting to continue, and LeBron stormed out of the players meeting. I think unless the NBA brass can come up with a way to convince them to change their minds that the season is over.

Which, I'm perfectly fine with. I mean, it'll be real sad from a fan standpoint, because the basketball every day has been amazing to watch. But the whole country didn't take Corona seriously until the NBA put its foot down. This could be a real beginning to something important like affecting change or a general strike. LeBron was already heavily invested in a multi-million dollar effort to mobilize poll workers, he probably sees this as a new calling.

Adrenaline said:
Let's agree to refer to people withholding their labor as a strike rather than a boycott (withholding purchasing power)
Click to expand...

Aren't the players themselves calling it a boycott? I totally get this, though.

Yeah, that's all good. I don't particularly think going on strike is the exact right terminology either, because they're not striking against their employers (who, at least with the NBA, are 100% supportive of the players doing this.) it's more of a public work stoppage to make a social protest, but that's not as sexy to say as a strike or a boycott.

Either way, the players voted to resume the season. I think it's noteworthy though that through the players meeting, reportedly LeBron didn't say a single word. I'm sorta conflicted, because I want the players to use their platform to rally public support. But once they decide to go full strike and cancel the season, they lose a lot of their leverage because the news cycle will move on eventually. I think some of the hope is that this helps motivate the owners, advertisers, and networks - who very much have financial skin in this game - to begin using their connections and money to help push for social justice more/lobby publicly against the fascism that's gripping the country. But I guess time will tell on that.

In more basketball news, all the games for today were delayed as well. I assume the schedule will just resume like normal in a day or two.

The fact that athletes are finding their voice on this subject en masse is encouraging. All the butthurt racists proclaiming from on high that they are ditching their season tickets (yeah right) is a bonus.

Lifehacker has an article today about the terminology of it. Seems like the general summary is that everyone agrees that it's a strike but if they actually call it that weird legal stuff can happen.

Mogri said:
Petition to change the thread title to "These hoops don't lie"
Click to expand...

I would prefer to keep the immortal words of basketball player Rasheed Wallace in the title instead of morphing them into an allusion to a Shakira song.

The Nuggets are a good and fun team, even if Michael Porter keeps revealing himself to be an extremely talented dork-ass loser.

I'm so glad that the Nuggets made the Conference Finals, because now I don't have to root for Coronavirus to win the bubble.

In all seriousness though, Nuggets are so much fun, but also extremely bittersweet to watch because that team should be my team - like this could have been the Sacramento Kings if our ownership wasn't so bad. But I'm so glad a fun team like them, with actual chemistry and a fun style of basketball made it over the train wreck that is the Clippers. My heart really goes out to Clippers fans though, they deserve better than this.

The whole playoffs have been pretty amazing though in general. Lots of really good games and lots of great iconic endings too. So far this bubble has been a resounding success. And I don't feel either like any team that lost did so undeservedly either, which was a big concern about this whole affair. I just am really glad basketball is back and it's still so fun.

At the rate the Heat are losing players, I'm guessing Lakers in 3.

With COVID in the mix, in 3 isn't out of the realm of possibility.

Also, the Heat were getting manhandled before their players started dropping like flies. Turns out the East is still EZ and LeBron is GOAT-tier no matter what conference he plays in.

The Lakers hit an unsustainable percentage of their 3's while the game was in contention. If that falls back to their usual a little below average, a full strength Heat team has a chance.

But it looked like the Lakers solved the Adebayo/Dragic pick and roll (ie: don't have Howard guard it), which made it a lot harder for the Heat to get buckets anywhere. Without those two at all, I don't know what the Heat can do. The two best players were already on the Lakers, losing 2 of their 3 best is not going to help anything. And that is assuming that Butler's ankle is fine.

I am just going to try to enjoy what I am assuming is one of the last chances we have to see prime LeBron James. I mean, he is already off his peak, but he is still near it. He might be able to age into massive Andre Miller and still be an incredibly effective players for another half decade, but I don't think we have too many more chances to watch LEBRON JAMES.

Rascally Badger said:
I am just going to try to enjoy what I am assuming is one of the last chances we have to see prime LeBron James.
Click to expand...

The guy is 35, has more minutes on his legs than anyone in history, and he still looks more athletic and in-it that Jordan did at his age. His days are certainly numbered because Father Time Always Wins, but his longevity as an athlete was already unparalleled. Either it's all over in an instant like Kobe, or the man will have himself a Kareem-ish/Brady-ish career - still competing at the highest levels and being a force to be reckoned with way past his prime. He's definitely got the mind to adapt to age and still pick teams apart, so that helps too.

But really I'm just here for the LeBron vs Jordan hot takes when LeBron wins a 4th ring, for does it for his third separate franchise.

Rascally Badger said:
At the rate the Heat are losing players, I'm guessing Lakers in 3.
Click to expand...

Lol we spoke too soon

That was a hell of a game though. Butler makes free throws look like nothing.

Yeah, injuries in the first game aside, this series is turning out really competitive and interesting. We've been so blessed with basketball this year, I know that ratings are down a little, but the bubble can't be seen as anything but a resounding success.

Heat must have prayed upon a monkey's paw to win Game 5 because Game 6 was woof.

Good finals, good season. Happy for the NBA and for LeBron. Also I adore AD. It's weird to kinda like a Lakers team, but 2020 has been a crazy year. Also it's gonna be weird to say the words "NBA Champion" and "Dwight Howard" in the same sentence.

Yeah, that's pretty much how I feel. I mean, LeBron is my favorite player and I am glad to see him win, but I've never liked the Lakers. But I found this specific team plenty likeable. Even Howard. I'm actually happy he got a title, even if it was as a role player. The fact that he is a giant ass cornball seems to make people forget just how great he was from like 2007 to 2012.

The Heat looked gassed pretty much from jump here. Jimmy Butler was great matching LeBron bucket for bucket, but he's had that whole team on his shoulders since halfway through game 1, I don't know how he could have had anything left. LeBron could go to the bench for 10 minutes a game and know things wouldn't go to shit with AD still out there. 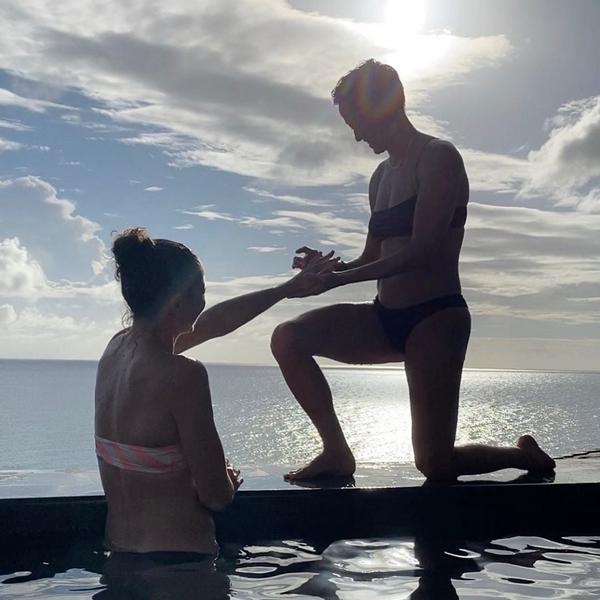